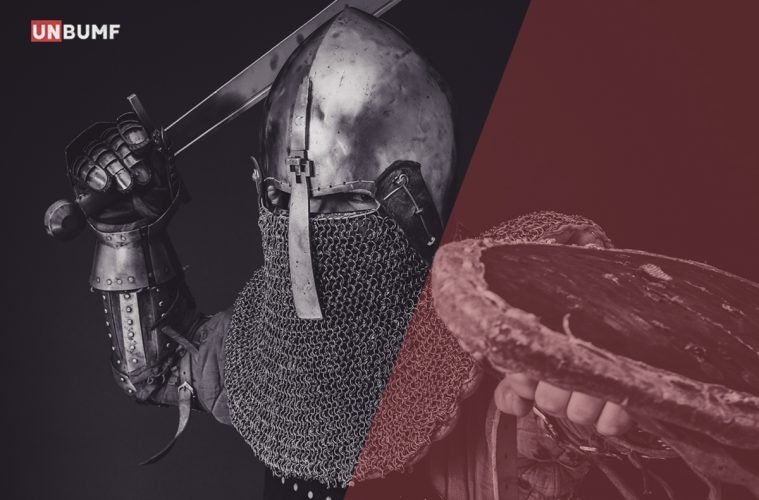 9 Strongest Armies Of All Times, Across History

Conflict has defined human history in more ways than we can imagine. Cataclysmic changes, revolution and even the internet we use are all product of war. Nothing represents war more than the armies that fight them. So, let us talk about the mightiest armies that ever walked the surface of our planet.

The Neo-Assyrians under the able leadership of several powerful rulers such as Ashurnasirpal II and Ashurbanipal, created one of the most powerful army of the early antiquity. The created the first de-facto empire in the history of the world consisting of present day Anatolia, the entire Fertile crescent, the Judean coast, parts of western Iran called Elam and even Egypt.

Such a massive feat was accomplished by the might of a powerful army consisting of infantry charging in en-masse shock formation instilling terror in the heart of the enemy. The first dedicated cavalry wing consisting of lancers and horse archers, fighting in pairs. And terrifying siege engines,never seen before. The army was the bane of any kingdom in those distant days. 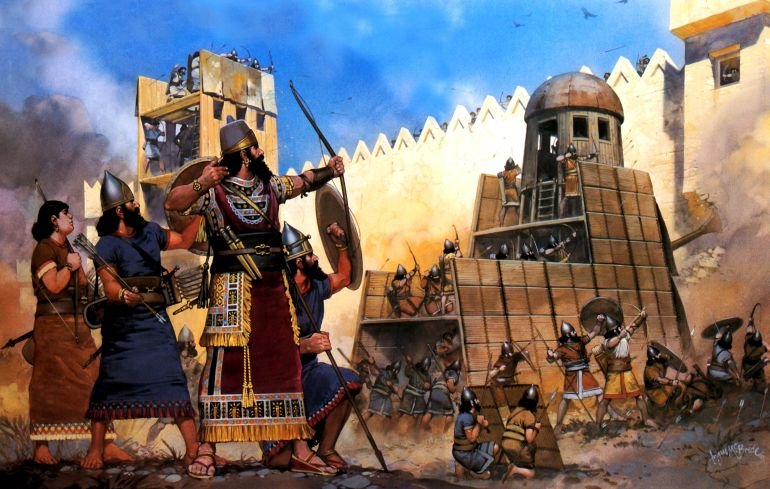 Popularly known as the Persian Empire of Cyrus the Great. Cyrus is one the few rulers in history that deserve the title ‘Great’. He brought together a ragtag confederation of tribal Northern Iranian holdouts to carve one of the largest empires of classical antiquity. This he achieved by creating the first truly professional army of human history. An incredibly multinational army, consisting of troops from Thrace in Eastern Europe, to the Nabateans of Arabia, from Scythian horse archers of the steppes to the Indian Elephant Mahouts.

This army claimed victory wherever it went, except for Greece, where bad leadership of Xerxes, overconfidence and superior military doctrine of the Greek Phalanx beat them The army was famed for its Immortals. Called so as their number was always fixed at 10,000. Any losses in numbers was quickly replaced to maintain the 10,000 figure. It was truly an empire building force. 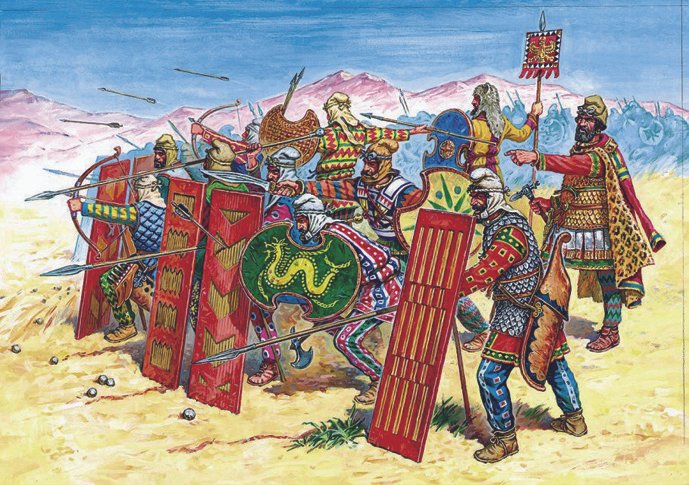 Now at this point most would expect me to talk about the Macedonian Amy of Alexander. But we should refrain from being this hasty. Haste means defeat in battle. It was Alexanders leadership that carried the Macedonians through their world conquest. The army on the other hand was quite average consisting just of a notable force called the Companion cavalry. All in all it build on the model laid down by the same Persians they vanquished for their conquests. Instead let’s talk about a contemporary of the Persians, The Spartans.

Located in Peloponnese Peninsula in Southern Greece, Sparta was the ideal military state. Boys were separated from their mothers at an early age and then doused in the flames of constant training, brutal discipline and continuous campaigning till the end of their lives. Their lives were so brutal, any Spartan reaching old age was honoured greatly for his prowess as a warrior. The army followed a strict code of honour of brotherhood and frugality.

The bootcamp was so brutal, Plutarch says, “… they were the only men in the world with whom war brought a respite in the training for war.” This war machine that the Spartans build not only helped them withstand the largest army in the world during the Persian invasions. At one point they even ended up dominating entire Greece after defeating the Athenians in a fierce struggle for hegemony. The heroes of Thermopylae live on to this day.

From Chandragupta Maurya, who broke the back of Selucus Nicator’s Greek Army, to Ashoka the Great, who united the geographical landmass known as India. Mauryas were the first great empire of India history. They build this empire on the basis of the most impressive army seen till then in the subcontinent. According to Megasthenes, who served as an ambassador from the Seleucid Empire, Chandragupta Maurya built an army consisting of 30,000 cavalry, 9,000 war elephants, and 600,000 infantries. Chandragupta conquered much of Indian subcontinent, establishing an empire from the Arabian Sea to the Bay of Bengal.

He then defeated the Seleucid Empire of Greece under Selucus Nicator to conquer the regions to the west of the Indus River. He then turned south, taking over much of what is now Central India. His military was administered by six chairs, one for each of the four arms of the army (infantry, cavalry, elephants, and chariots), one chair for the navy, and one for logistics and supply. Hence, the Magadhans marched into immortality with the name of its rulers written in golden letters. 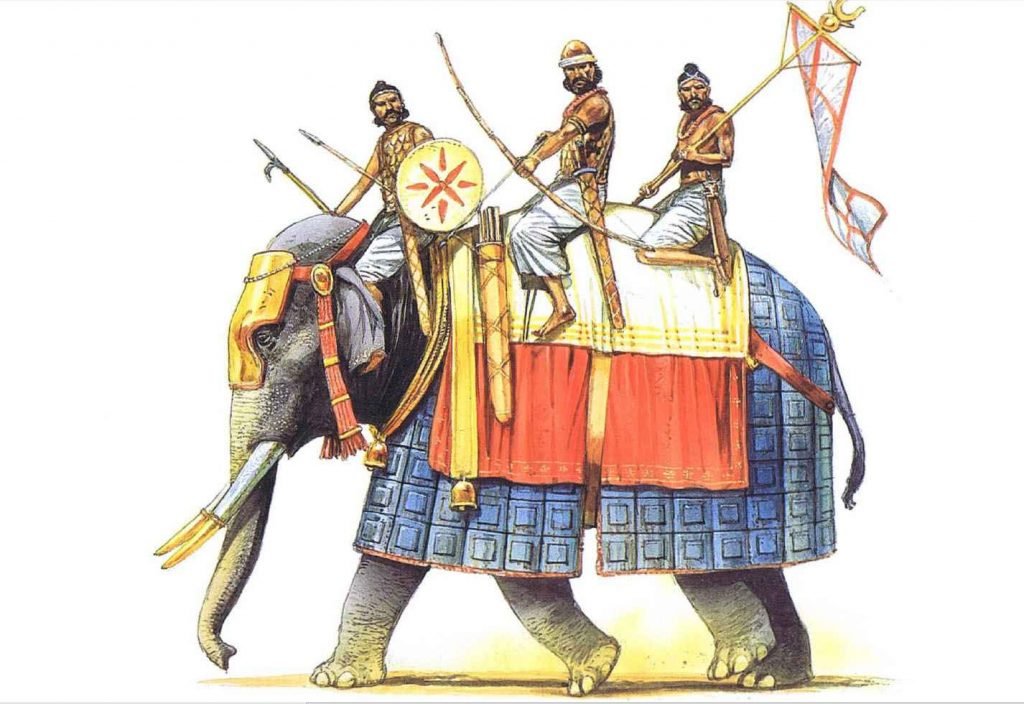 Ah the Romans. Those goofy characters from Asterix and Obelix, bumbling across the Gaulish landscape, doing petty things for the Caesar. Nope. That’s not the Romans. After the defeat at Londinium in Britain to the Celtic rebel Queen Boadicea, an army was sent from Gaul or France and they murdered, pillaged and destroyed every last remnant of the Iceni and their allies for rebelling against them.

Also, crucifying Jesus? Romans did it. Sieging and compelling thousands of Jews to commit suicide, and the massacre the remaining indiscriminately? That’s right, Romans. Across the world from the defeat of Carthage in the Punic Wars, till the sacking of Rome by the Goths. Rome stood for three things. Power, empire and ruthlessness. With a brutal militaristic culture second only to Spartans.

The Romans created the best soldier, the legionnaire. The best military organisation and tactics. The first combined arms army, with infantry, cavalry and siege fighting all at one go. A formidable navy and the ruthlessness to back up the use of these assets. From routing the barbarians of Gaul and Germania, felling empires like Carthaginians, Macedon, Palmyras, fighting the Sassanians to a standstill. There is no empire of the Ancient world that’ll come close to emulating the achievement of The Pax Romanum. 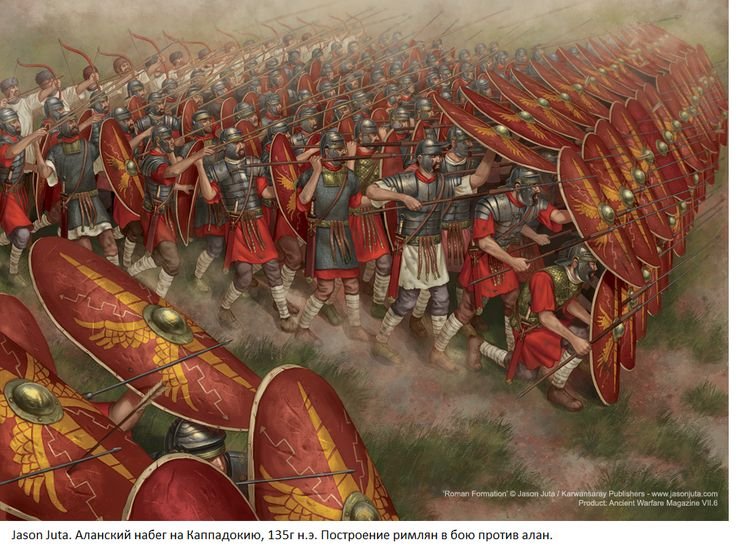 From the biggest empire in the ancient world, let’s move to the two biggest empires to ever exist. The largest contiguous land empire of the Mongols. And the empire on which the sun never set, The British Empire.

Although, there had been other nomadic invasions from the steppes, like the Huns, Avars, Magyars and Scythians. Mongols, were a different story altogether. Brought together by the will of one man, Temujin, later to be known and dreaded as Chengiz Khan. This confederation of Mongols tore through Eurasia like a hot knife through butter. More than their warrior prowess, it was stratagem and their mobility that won the day. Their secular outlook and willingness to assimilate elements of enemy forces made them unique in those times. They mastered seigecraft from the Chinese and used them against the Persian Khwarizmi empire.

They had the famous tactic of feinting retreat to draw in the enemy in a pincer trap and vanquish them subsequently. By the time Chengiz died, his empire stretched from Korea in the east to Hungary in the West, from the Russia and Siberia in the North till the gates of India in the South. A truly incredible achievement for an army of goat herding nomads in the age of Knights and matchlocks. 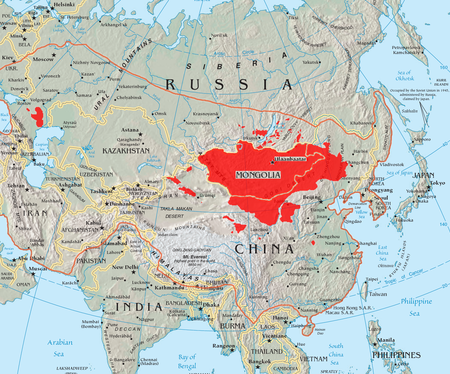 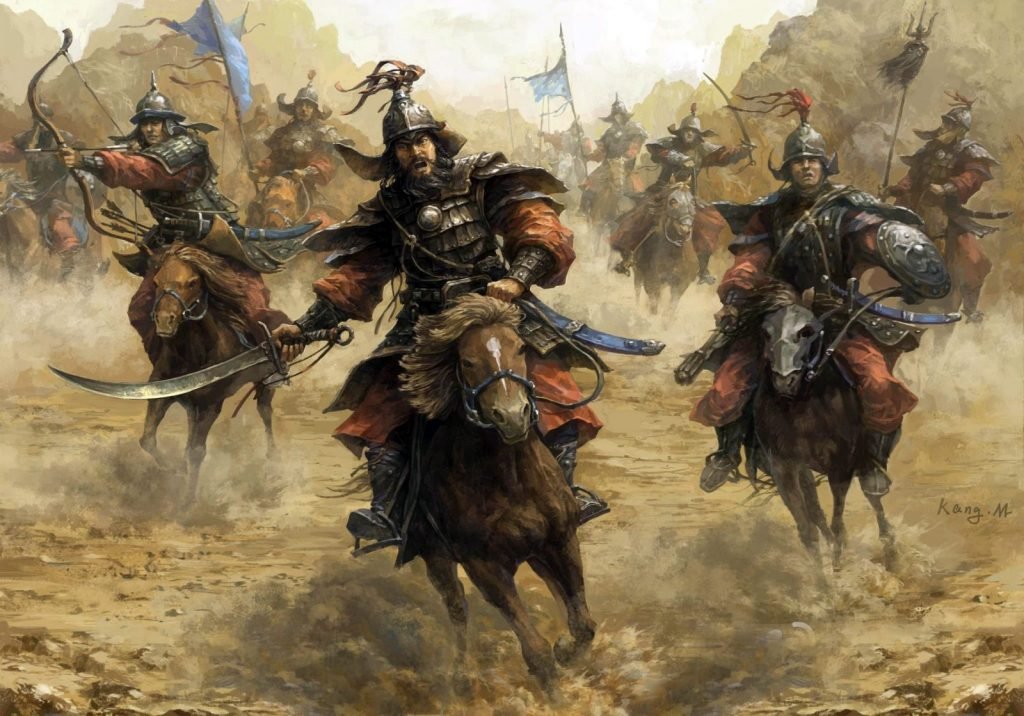 The largest empire in world history also had the best army ever seen till World War 1. The British Empire, with colonies on each continent and each sea and ocean of the world. This offered the British armed forces priceless experience in dealing with a myriad of enemies. With the defeat of the French fleet at Trafalgar, The British Navy established its dominance over the seas of the world. The Royal Navy, with its capital ships and later, steam dreadnaughts, were used to blast their way inland with the famed and very, very highly disciplined Redcoats, from the traditional dress of the British troops.

Divided into regiments and lead by highly trained aristocratic officers, this was a force to reckon with. From the jungles of Africa to the Dusty plains of India. From the bloody Veldts and Savannah of Southern Africa, to the icy tundra of the Northwest Passage in Canada. The British fought and won land for their tiny island nation. It was only the vagaries of the two World Wars and the rise of two new superpowers, was the Pax Britannica finally broken. 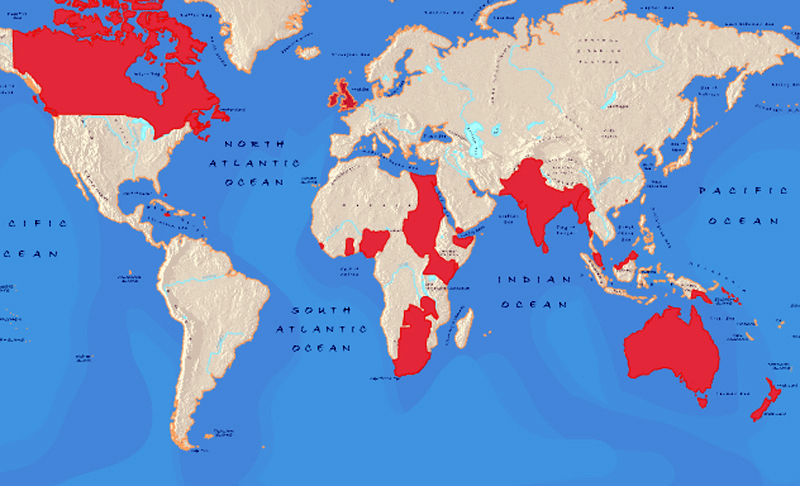 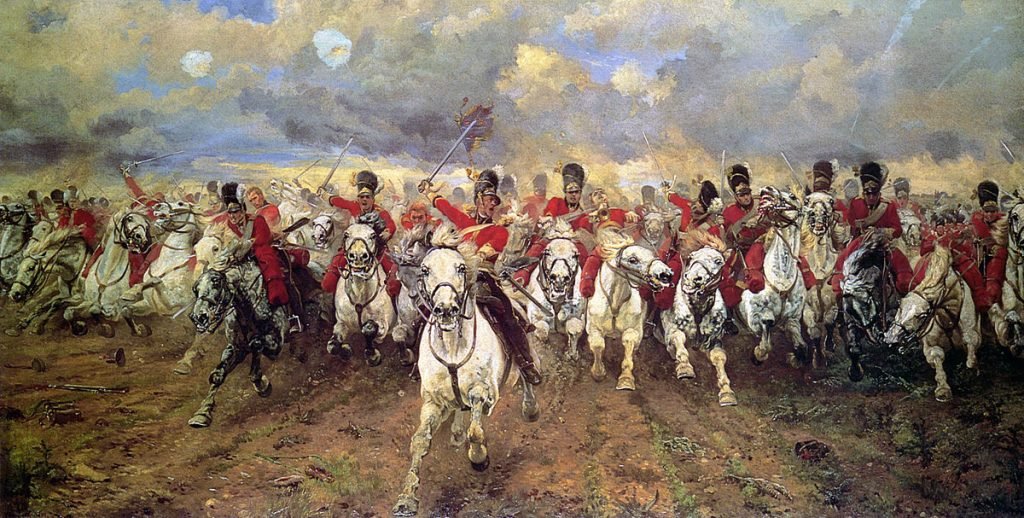 8. Soviet Ground Forces at the end of World War II

From an army pummelled to a bloody mulch in 941-42 by the Germans, to an army carrying the red banner of Soviet Union to the superpower status. By the end of World War II, the Soviet Union had a standing army of 10 to 13 million men. During and right after the war, the Red Army was by far the most powerful land army in the world. With 500 divisions, most of them being Guard divisions. An honour given to exceptional units, who fought to near death. It was supplemented by thousands of aircrafts being flown by experienced aces and about 50 tank divisions equipped with the most powerful tanks and Self-Propelled guns of the time. Not to the mention the overwhelming Soviet guns and rocket launchers.

It was the largest, the most experienced land army in human history. This army was to face off in the tensest period in human history, with an ally turned ideological enemy, The USA. This was to be called the Cold War. A period of nuclear brinkmanship and bush wars in Asia and Africa. This culminated in the fall of the Soviets, and the rise of the USA as the only known hyperpower in human history. 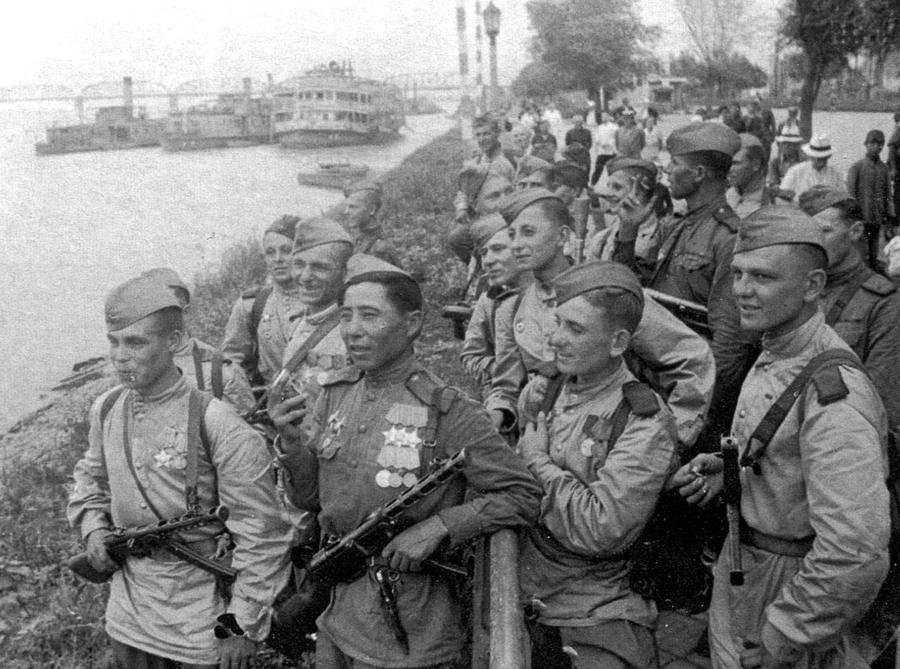 9. The Armed Forces of the United States of America – Present Day

The sheer power of the US is unfathomable. 2 million total manpower, 13,362 aircrafts, 6000 tanks and 40,000 Armoured Fighting Vehicles. 415 naval vessels, with 20 aircraft carriers and 66 submarines. This immense firepower backed up by a military budget bigger than the budget of the next nine nations combined. The US Armed forces is the most powerful military force in the entire human history.

And that is not mentioning the second largest stockpile of nuclear armaments in the world, second only to Russian Federation. Although, bogged down by guerrilla wars and insurgencies, the US Armed Forces is a powerful tool for projecting US power throughout the world. Although it’s influence seems to be fading politically, The US with it’s military power is the only true superpower in the world. 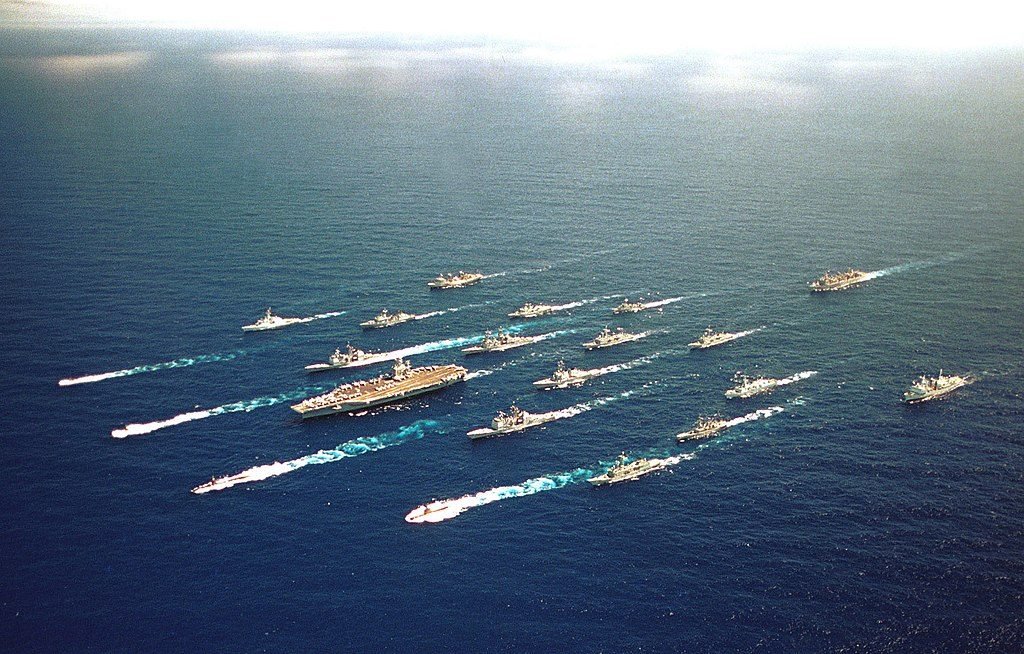 Well folks, that’s my list of the most powerful armies in human history. If you think I missed any military, do reply in the comments. As for me, war is hell. But if I am to go to war, I would rather fight with these armies, than against them.