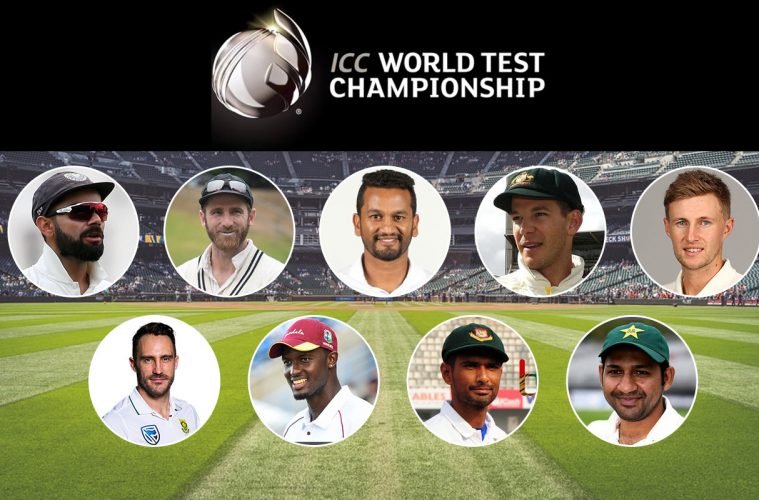 9 Teams Gearing Up For The Upcoming World Test Championship: A Progress Report

We keep hearing that the Test Cricket format is dying…but is it so? This statement has been doing rounds since decades now, and seems to rear its head everytime we have seen a dud series. But what is it really that makes us have this feeling, inspite of the fact that in the last few years, we have seen more result oriented test matches? There are more teams playing for the win rather than playing safe for a potential draw.  But the argument goes on with the most significant being that of the gap between the top and the bottom ranked teams.

In limited overs format, one good innings with the bat or a sensational spell can change the game. However, a format that spans over five days is a huge testament of your overall skills. It doesn’t take into account one good day but rather a fantastic performance for an entire duration of a Test match. In the last few years, we have witnessed some absolutely phenomenal turnarounds in the game. However, no one enjoys an insignificant series between two teams unless it can have repercussions over the future.

This is exactly why the International Cricket Council has introduced the World Test Championship where every match has its own significance. Undoubtedly, it has already taken the cricketing world by storm. Suddenly, the stakes for red ball cricket have been raised. The standards have improved. Every game has started evoking interest with the result having a direct impact on the standings of each team.

For those of you who are unfamiliar with the World Test Championship format, the top 9 test ranked nations, right from India to Bangladesh, will be competing against each other over the course of the next couple of years. Their points will get accumulated until June 2021 when the top two teams on the table will face each other in the final at Lord’s.

Every team is slated to take part in six test series which means not everyone will be pitted against each other. (Yes folks, we may never get to witness another India vs Pakistan Test match in this lifetime unless both teams end up in the top two or we witness snowfall in Mumbai) To distinguish the host advantage, each team will be playing three home series and three overseas ones.

The ICC has given boards, the liberty to play as many number of Tests in a given series with the minimum limit being 2. It has allotted 120 points for every series that is a part of the World Test Championship. So if it is a five match series, each win is worth 24 points while for a four match series, it is 30. Similarly, a three match series will have 40 points at stake for every game while for a two match it is 60.

A loss would not cost you any points since this is no CA exam and there is no negative marking. A tie will mean equal distribution of the winning points while a draw will give each team 1/3rd of the same. The following table below shall give you a significant idea of how the teams rack up points. If the teams are tied for points, the side that won more series will be placed above. If they are still equal, then the runs per wicket ratio shall come into consideration. 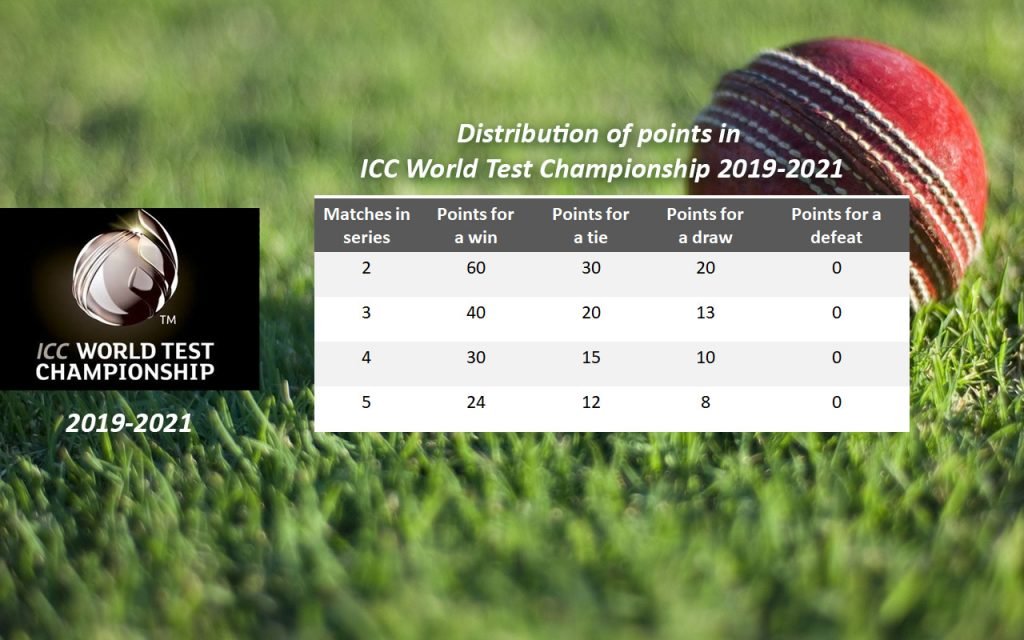 Out of the 27 series to be played over the two year cycle, three of them have already concluded with India standing right at the top. An ideal start for Virat Kohli’s men who were also at top of the pile at the end of World Cup group stages. (Let’s pretend the semifinals never happened) India kickstarted their campaign by whitewashing the West Indies in their own den. Not that it wasn’t expected of them but the way India trounced them displayed their aura as the No.1 Test team in the World.

It was a special series for India with loads of positives. Ajinkya Rahane regained his golden touch as he scored big runs. Hanuma Vihari established himself as a valuable part of the team by ending up as the leading run scorer in the series. Mayank Agarwal displayed intent. Jasprit Bumrah portrayed his greatness with the ball as he took a hattrick. Ishant Sharma once again emerged above everyone being the highest wicket-taker in the series.

More importantly, India finally gave up on KL Rahul after the series. On a lighter note, he has a Ranji season approaching and tons of chances to prove himself. If a 32 year old Rohit Sharma is being given a chance to rejuvenate himself in the traditional format, this time in the role of an opener, Rahul is lucky he’s just 26.

The Black Caps have always been an impressive side at home but when it comes to overseas, especially the subcontinent, they don’t have a great record. As for Sri Lanka, that is still trying to rebuild itself after a the departure of stalwarts from their ranks, this was a perfect opportunity of both teams to prove a point. The series ended in a 1-1 draw with both teams having plenty of in their baggage.

Dimuth Karunaratne led from the front in the first game as he scored a brilliant hundred. The spin trio also did a healthy damage to give the hosts a lead. However, the Kiwi duo of Tom Latham and BJ Watling helped New Zealand post a huge total in the second test and to such an extent that they weren’t required to bat again. The bowlers Tim Southee and Trent Boult were also quite imposing with the ball.

The recently concluded Ashes was a phenomenal battle fought between the two rivals. While Australia regained the Ashes, England will be happy that they stay neck-to-neck with Australia in the World Test Championship. Not only were the games filled with some intense competitiveness but were also quite nail biting and nerve wracking.

Like every other Ashes series, this one too had a lot of stories. The return of Steve Smith not only to the Australian scheme of things but also to the top of the ICC rankings as a Test batsman in just three innings. His pure dominance over the English bowling attack. Or Pat Cummins justifying his No.1 tag in test cricket with a bucketload of wickets.

The revival of England with Ben Stokes coming to the rescue. Most of the world still wondering why he hasn’t been honoured with the knighthood yet. Or the fiery pace of Jofra Archer that kept the Aussie batsmen at their toes, mostly ducking and dodging. 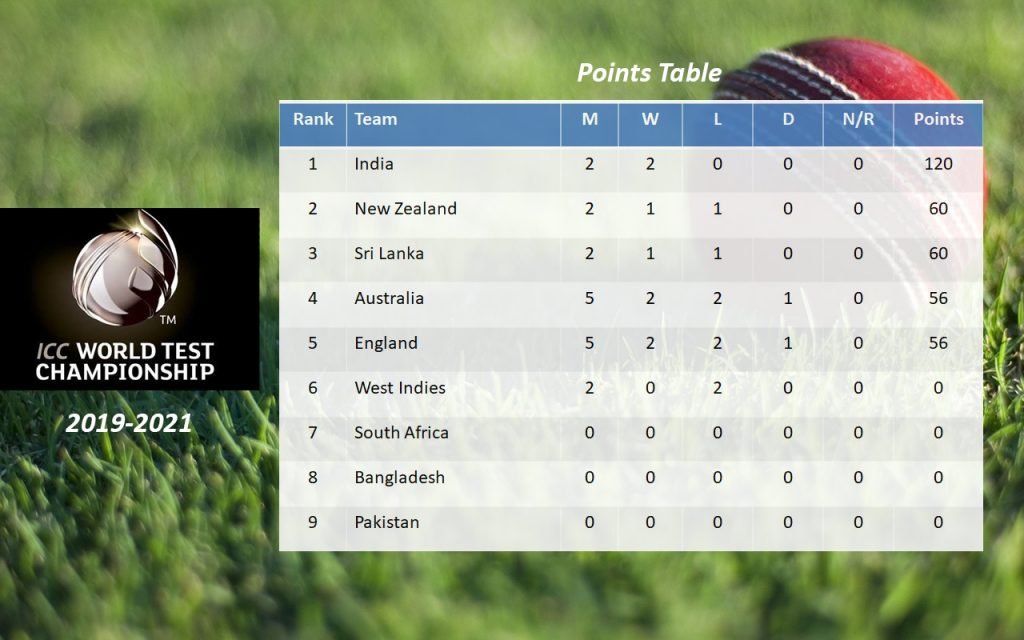 Read more of our analysis of cricketing formats here.