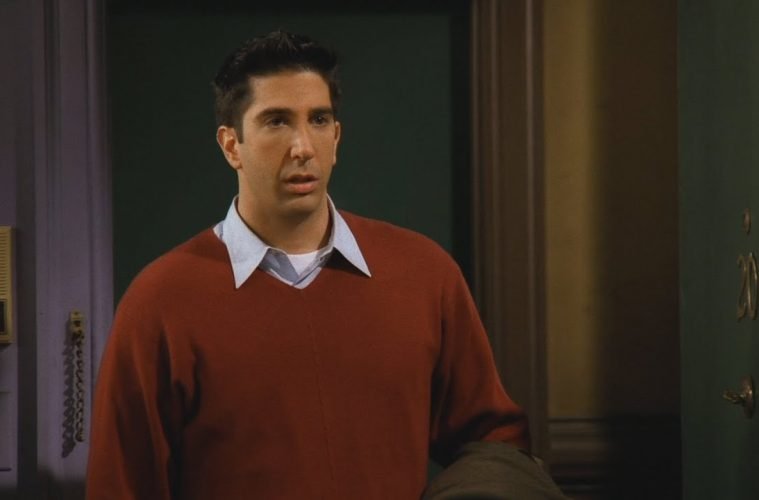 9 Times We Wanted To Punch A Character

Visual entertainment can mean so much to people. For some it brings forth an opportunity to see their culture, their lives and their struggle represented and explained to others. As much as it provides reality, it is also something people turn to for a break from it. Sometimes we just like creating a world wherein one can let go of inhibitions and fears and let imagination run wild. Entertainment is a source of joy, excitement, love and strength. However, if we turn to entertainment  for fun, we also open our doors to other emotions like wanting to punch someone.

This feeling can be because of a lot of things – sloppy storylines, stupid dialogues, corny acting, bad character development and whatnot. More often than not we are most switched off if we see an annoying character. These are not just the times when a character is meant to be annoying and the audience’s annoyance at them is often just a shout-out to the success of the writers’ purpose. But then there are times, when the characters are just annoying and no amount of changing perspective makes you like them. In such cases we find ourselves just dreaming of delivering a smack across the face of such characters. So, without much further ado, here are a few times when we felt a character deserved a good ol’ KO:

1. Barney Stinson’s Middle-aged Exploits (How I Met Your Mother):

To say that Barney Stinson was a womanizer would be understating things. Throughout the progression of the series, Barney lies, manipulates and double-crosses his way into women’s pants. And if that is not disturbing enough, he continues to do so way past the age of 50. These tend to happen more often than not with girls the age of his daughter (a daughter for whom he pledged to change his ways, just by the way). If his character was not punchable before, it becomes that when it turns into a 50 year old perv trying to sleep with females half his age, just for the heck of it.

Granted, Dr. Cooper is a theoretical physics genius. Also, that he is somewhat of a quintessential nerd. And being a nerd, makes him socially clueless, somehow. Thus, it can be assumed that there is going to be a certain level of unknowing rudeness attached with the amount of genius the man possesses. However, neither of these factors are an excuse for anyone, any single person on the planet, to treat their friends with the condescension that he does. As pointed out by Dr. Farrah-Fowler in the last episode, there is a limit to which one can mistreat one’s friends and ignore their issues, Nobel prizes notwithstanding. And thus, we gladly add him to our “Want to punch once” list, here.

There is a scene in K3G wherein a classmate comes up to Kareena Kapoor’s Poo and tells her, with all the sincerity in the world, that she looks beautiful. Poo thanks her sarcastically and asks her snidely whether she is repeating a dress. We are somehow to understand that wearing new clothes everyday is the secret of being self-confident and well, hot. And belittling someone else’s fashion choice in a college is how our queen goes about her life. Poo might be the poster-girl of Indian self-esteem but like most icons, she is extremely problematic in her mean girl-esque treatment of others. And add to that the fact that she forgets that she herself was not always that privileged, just grinds our gears. Thus, we would like to punch her snarky, not shoe-matchy face with full might.

When the world’s biggest boxer, also a loving husband to your sister, trusts you with his finances while he faces a Russian murder machine in a sports rendition of the Cold War; the least you could do is not blow literally all of it away. But Paulie does just that, indulging in shady deals and gambling acts that brings the Balboa family crashing to the ground. Already into retirement after a career of beatdowns, physical toil and injuries, what Rocky deserved was to ride into the sun luxuriously. So did his son and Adrian. Paulie, as a member of the family and the supposed best-friend, deserved a lot of things, till he chose to resort to his old ways rather than exercise caution.Thus, we think that this no good brother-in-law ought to have “his cajones knocked out”, to quote the movie.

We love our lightning-shaped-scar-ridden wizard, the Boy Who Lived, the Chosen One. And justifiably so, considering the boy defeated Voldemort (yes, I said the name). However, a lot can be said about the hero’s treatment of the two women he’s romantically involved with. Harry judges Cho Chang for her expression of her feelings and essentially declares her a crybaby, a mockery of the struggles Cho is going through what with the return of the Dark Lord and the brutal murder of her then-boyfriend. A year later, Harry’s teenage idiocy makes its return in its support of Ron slut-shaming Ginny for snogging her boyfriends. Harry might be a wizard par excellence but his behavior towards a few women he had the highest affection for warrants a punch (or maybe, a Stupefy curse).

Here is a tidbit that is simultaneously the most popular and unpopular opinion – Ross Geller is an asshole. He is sexist, judgemental, homophobic, condescending and all of that is without considering his relationships. Throughout his love-story with Rachel (WORST. COUPLE. EVER.), he mocks her job, her hobbies, refuses to trust her in her friendships and holds on to the little things like a douche (refer to the whole “We were on a break” issue). In all fairness, Rachel is not the best human being either but almost everything Ross has done throughout the run of the series is punch-worthy. And if he acts like a little sad bitch one more time, I swear…..

7. Gina Linetti’s Over The Top Critique Of Others (Brooklyn Nine Nine):

There is little doubt as to whether Gina is a queen or not – she undoubtedly is. She is sassy, smart, resourceful and the most wonderful assistant to Holt. However, much like Poo, a majority of Gina’s dangerously high levels of self-esteem is derived from putting others down, especially her two co-workers, Charles Boyle and Amy Santiago. Throughout their journey from co-workers to lovers to friends to step-siblings to friends again, Boyle has treated Gina with the highest of regards while Gina loses no opportunity to make fun of him and mock his interests, hobbies and behavior. The meanness transcends onto Amy as well, particularly in the earlier seasons, wherein she mocks Amy’s dressing and personal life blatantly. No wonder the writers had to tone down her snarkiness in the later season, because her nature in the earlier seasons of the show is definitely punch-worthy.

Spike is a horrible roommate. He is indecent, unhygienic, sloppy and messy. All that can and is excused in the run of the film. However, what sets the ball rolling and ideally should set the punches flowing against him is his leaking the news of Anna’s residence at Will’s and his house to the paparazzi. Spike, buddy, when one of the biggest stars in the world comes over and sparks off a romantic affair with your roomie, you do not pull a Hagrid and tattle about it in a bar. Of course, Spike is the catalyst to Will’s eventually successful pursuit of Anna towards the climax, but he deserves a punch for the troubles he caused in metaphorical paradise.

The evergreen movie is a treat for movie lovers, a story of love that withstands all struggles and destruction to culminate in togetherness. It is also a story of a man having to deal with a spoilt brat who cannot stand up for herself. Allie is childish throughout the movie, treating Noah and her relationship with him absolutely stupidly. Moreover, she rebels against and cedes to her mother at the same time, leading to loads of unnecessary conflict. The girl could use some maturity by receiving a punch in her face.

What characters do you think do not/do deserve to be on the list? Add your comments and let us know what do you think.