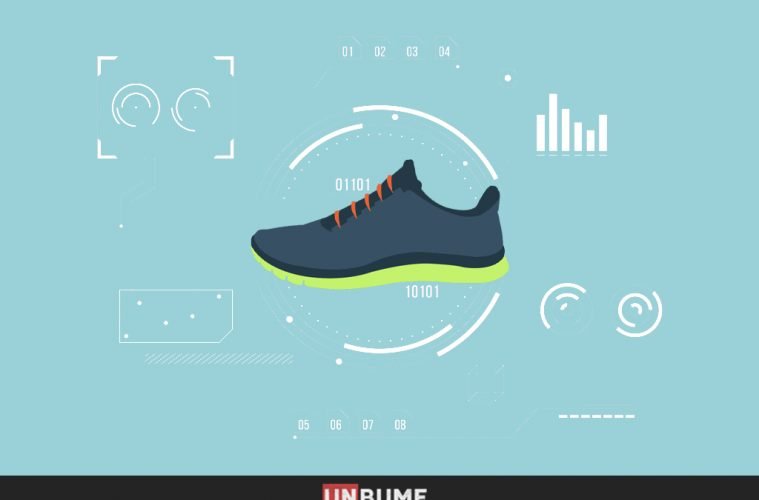 Nowadays, fitness has become the goal of the generation. 9 out of 10 people are seen hitting the gym or on the tracks. To keep this motivation at its’ peak, the top-notch brands are coming up with highly advanced shoes using the power of actual data- human. And otherwise to create something which can correct your form, boost speed and increase overall performance.

From creating crazy cushioning to ludicrous lightweights- and even making up materials along the way the science of shoes has evolved well beyond pockets of air. This article will give you a walk-through of the intriguing advancements of shoes and the latest technology emerging so far. The top-most technologically advanced shoes are:- 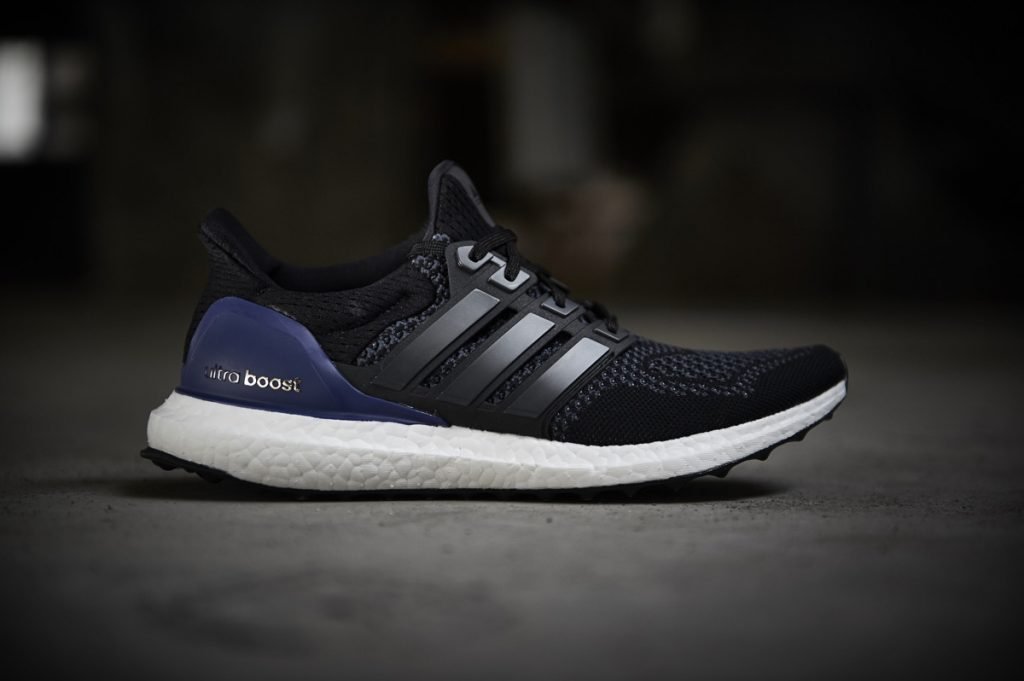 Adidas created a new manufacturing process for the shoe industry—mimicking examples found in automobile manufacturing—that heat-steams the individual pea-size foam capsules together into the sole for its new Boost running shoe, which is planned for public release tomorrow. Manz says the manufacturing process has been used on other materials in the past, but this was akin to Adidas “cooking a leg of lamb instead of a cake.”

Yohan Blake, Jamaican track star, says the new energy response is “everything” to him while he runs. The Boost’s midsole density remains on par with other shoes but offers more “energy displacement out of the same height,” which also gives a runner more cushioning, a combination Manz says wasn’t possible until now. Adidas plans to start adding Boost to all its performance running shoes soon and eventually will phase out EVA foam altogether.

Boost is just the latest in a long history of shoe companies experimenting with advanced materials and designs to make athletic shoes lighter and better. Here’s the best of the rest. 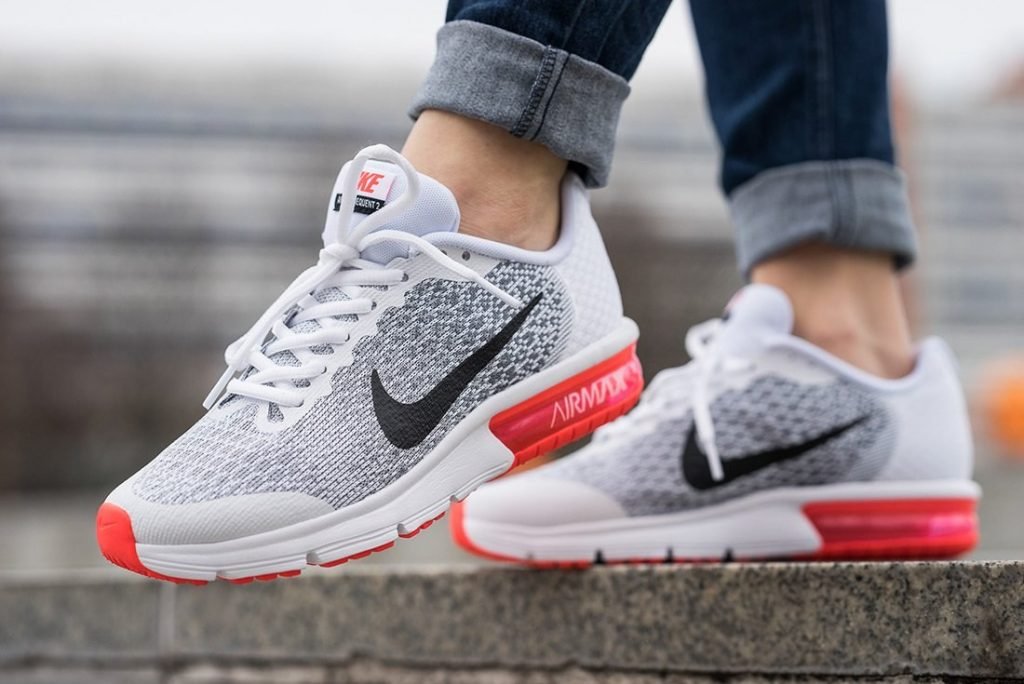 Source
The running shoe moved beyond just rubber and fabric in 1979, when Nike introduced “air cushioning technology,” embedded small pouches of air for comfort within the midsoles of its running shoes. Each unit trapped air molecules inside a durable urethane shell. With each step, the unit compressed and then recovered for the next step.

The experiment proved an impressive advance in running technology and a staggering success in marketing—everybody had to have Nike Air. The air pockets continued to expand beyond the mid sole, taking center stage in 1987 in the Air Max, which decreased the mid sole and allowed for larger-volume airbags. For the first time, the air pockets were expanded across the entire shoe and made visible from the outside. Nike Air, in various forms, is still in use today. 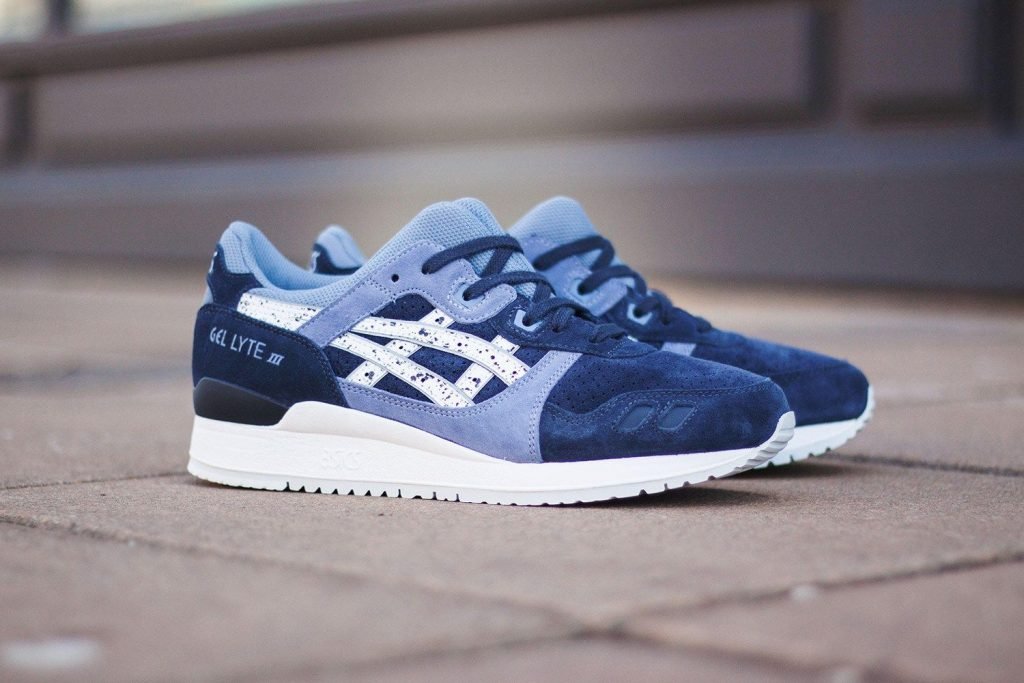 Asics was the first to offer gel cushioning as both a comfort and performance detail. Debuting it in a Japanese running shoe in 1986. Asics quickly moved its gel advancement to a variety of lines in the U.S. Now, more than 25 years later, Asics gel shoes such as the Kayano 19 contain three sections of gel in two varieties. The rear foot system features firm cushioning for the heel to cope with direct force—placed at three to five times a runner’s body weight. That same gel is found on the side of the shoe.

A separate “twist” gel-cushioning piece—a ridged doughnut-like ring designed to move circularly—falls under the forefoot to reduce the shock placed on the foot as it twists when pushing off for a step. 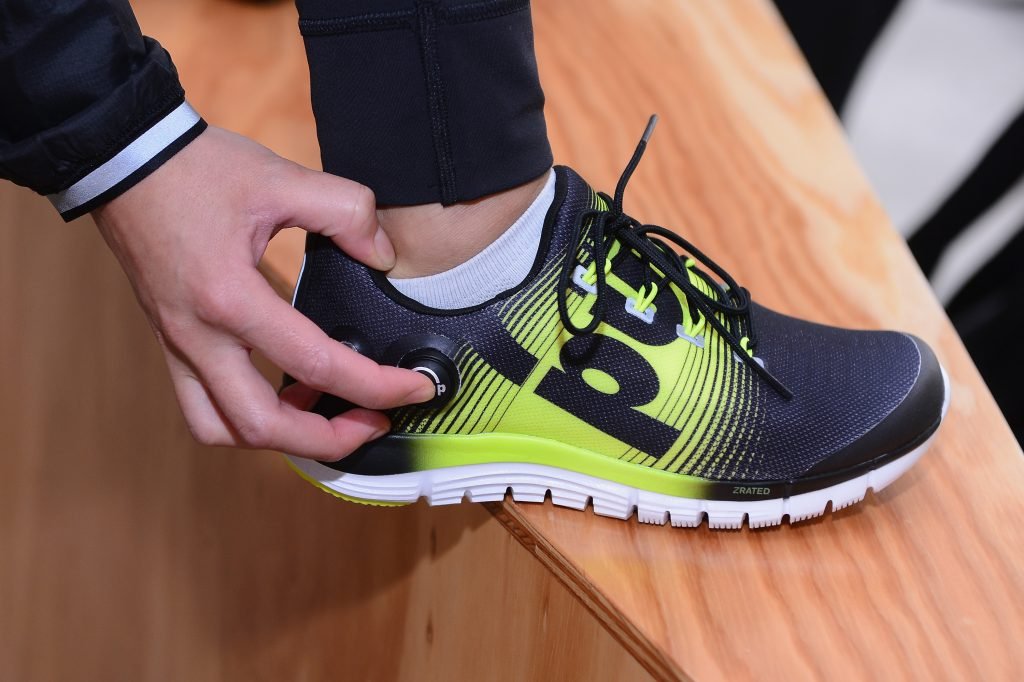 Nike may have introduced air into the shoe cushioning in the 1970s and popularized it in the 1980s, but Reebok made it movable and customized in 1989 by introducing the Reebok Pump. When wearers pressed a puffed-up basketball at the top of the tongue, they pushed air through the shoe into the forefoot and the ankle. Athletes could pump their shoes to the desired fit via the completely self-contained air inflation. A release valve on the back of the shoe let you start over. 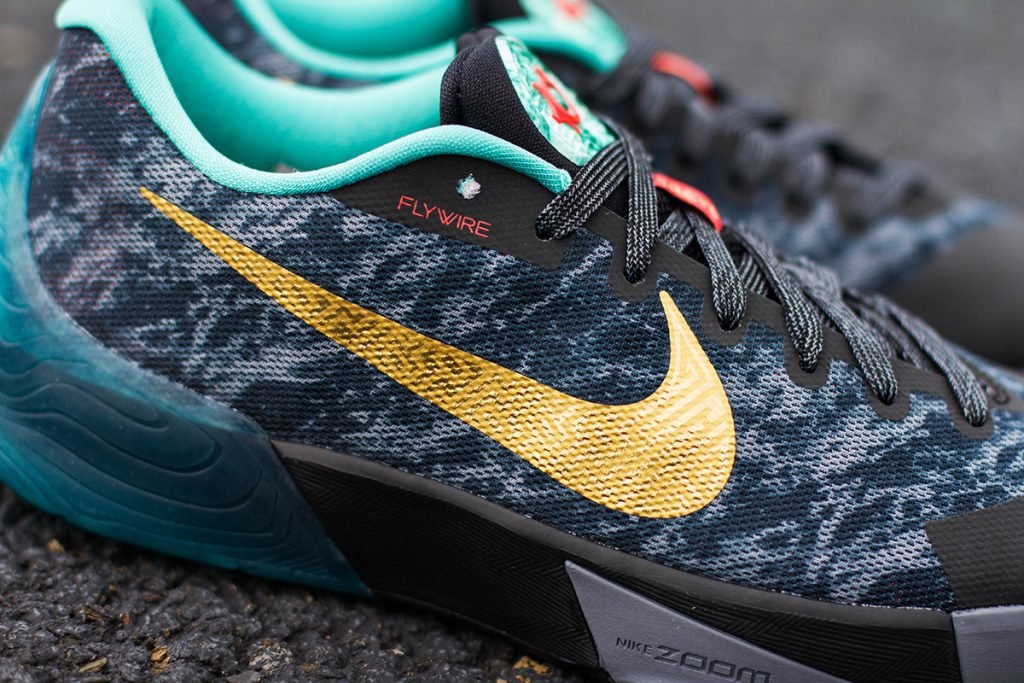 The filaments, called Flywire, act like cables on a suspension bridge, anchoring the foot in place by attaching to the out sole. Using the strands of high-strength fibers, which debuted in 2008, allowed Nike to reduce a shoe’s weight by as much as 50 percent. Flywire also loosens and tightens with movement, leading to not only its use in performance shoes, but also in NFL uniforms. 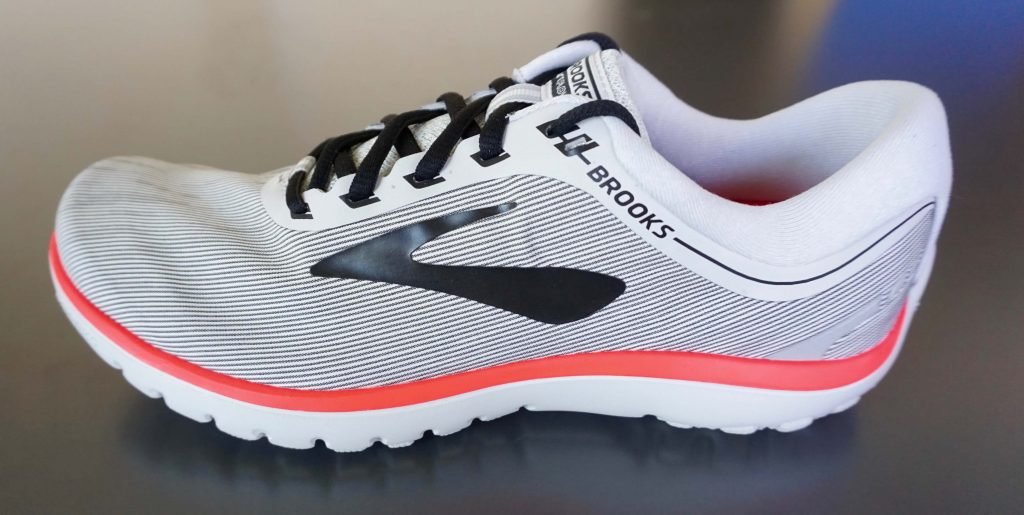 Traditional mid soles made from ethylene vinyl acetate, are one of the least biodegradable shoe components. It can hang around landfills for 1000 years. The BioMoGo compound encourages anaerobic microbes to break down the Brooks-made mid sole once the shoe is discarded. A five-year trial found that the Brooks’ mid sole degrades 50 times faster than ethylene vinyl acetate.

BioMoGo debuted in 2009 and was in most of Brooks’s running shoes by 2010. The company also now uses Brooks DNA, a mid sole technology formed from non-Newtonian fluid for amped-up resiliency. 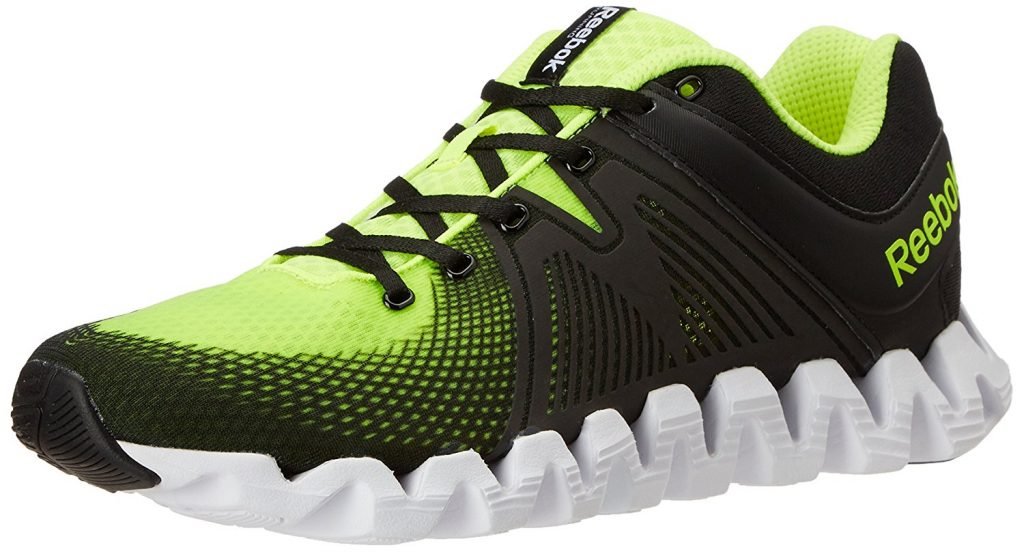 Reebok’s 2010 ZigTech design, shaped like a wave, purports to “deliver more energy return” to the wearer than conventional soles. Using standard materials, the sole shape absorbs impact at the heel. It sends that energy the length of the shoe, dispersing it quickly. Reebok claims the structure actually propels a runner forward, reducing stress on the shin with a more evenly absorbed impact. 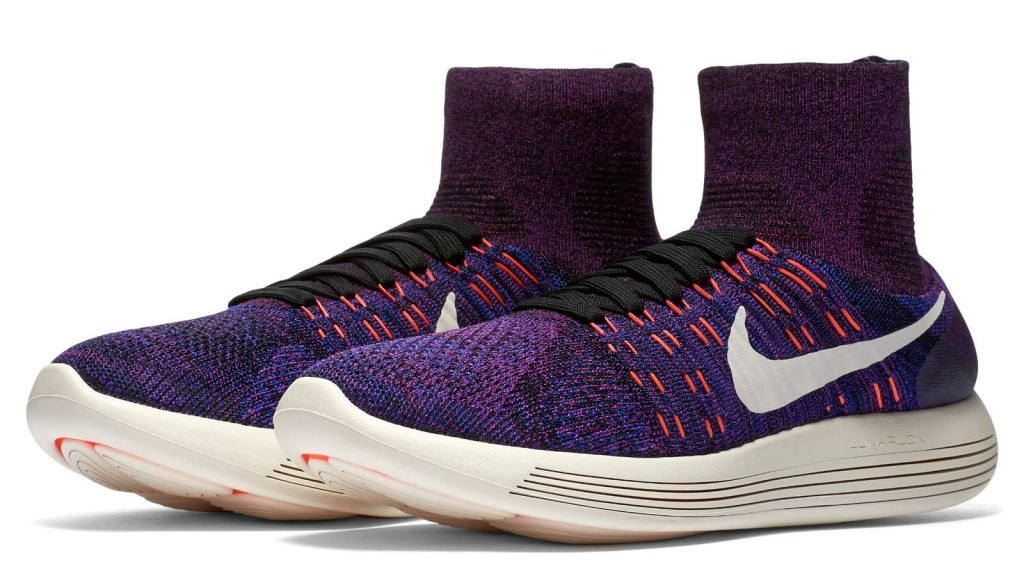 Rather than using a variety of fabrics to weave dense layers for the upper parts of shoes, the Nike Flyknit system, which debuted in 2012, aims to create a snug fit like that of a sock but with structure and durability. Nike used a four-year research project to micro engineer static properties into pliable materials, such as yarn, that generally have no structure or durability. The result is an ultralightweight shoe; the Flyknit Racer weighs just 5.6 ounces. 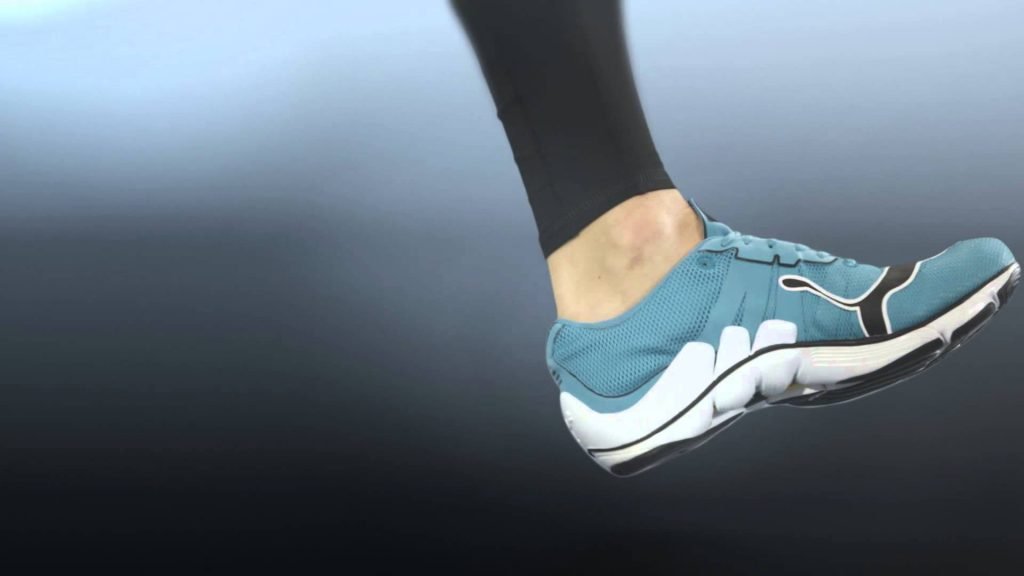 Run like a cat. That was Puma’s goal for the newly released Mobium Elite, a shoe designed to move longitudinally, laterally, and vertically. A figure-eight band of sturdy elastic cord runs across the bottom of the foot directly underneath the planter fascia (connective tissue), designed to work like tendons in the foot. There are pods on the out sole that expand and contract with the foot. A chassis that allows the entire upper and out sole to move in unison with the foot.

Altogether, Puma says, its tech turns the shoe from a static sole into one with continuous movement, like a cat’s paw. The idea is to give runners a more natural and efficient mid foot strike. It allows the shoe to naturally disperse force throughout the foot.

So, technology has not left any area untouched from its’ exemplary wonders. Buck up runners! And grab a pair of one of these advanced shoes to enhance your form. Run like you stole it!