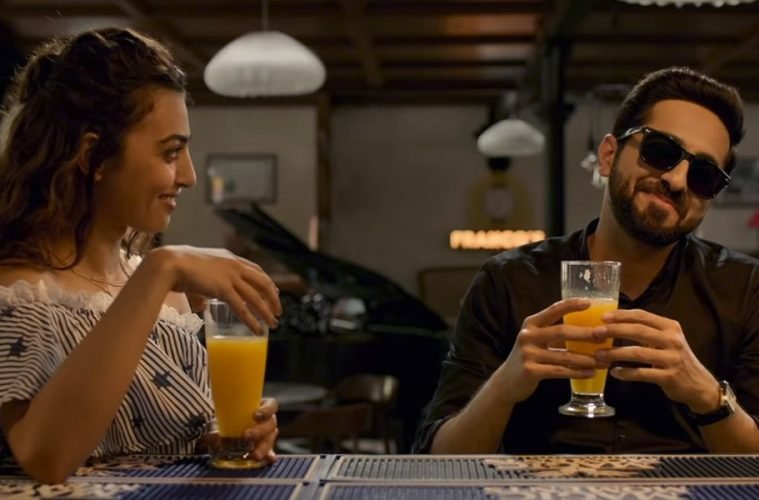 Andhadhun took me by surprise. The movie is much more than what the trailer made us believe. First things first, let me lay down the outline of the plot. The movie revolves around a ‘blind’ pianist named Akaash and his musical note that he cannot complete and is looking for inspiration. This leads to a series of events which include more than one murders. But that’s for later. I am trying not to give spoilers here, but the movie feels like a train which has lost control, or just like water circling the drain.

First half of the movie is great, the movie is soaring. There are funny elements around the Akaash (played by Ayushmaan Khurana). The character definitely has some secrets he is carrying around. Then he runs into Mrs. Sinha (Tabu) and everything goes south from there.

Talking about the actors, Ayushmaan Khurrana who has done justice to his role, which has a twist to it. While watching the movie, you will really see how he takes care of small details to do justice to the role.

The movie sees Radhika Apte in a cute role of a bubbly girl who falls for the ‘blind’ pianist. There is a bit of a drag while showing their romance and the subsequent heartbreak.

However, Tabu’s character really stands out. Mrs Sinha is a gold-digger who marries a movie star way older than her. However, as pretty as she looks, she is equally vicious, if not more. She does a lot of bad things, but makes us laugh through them. 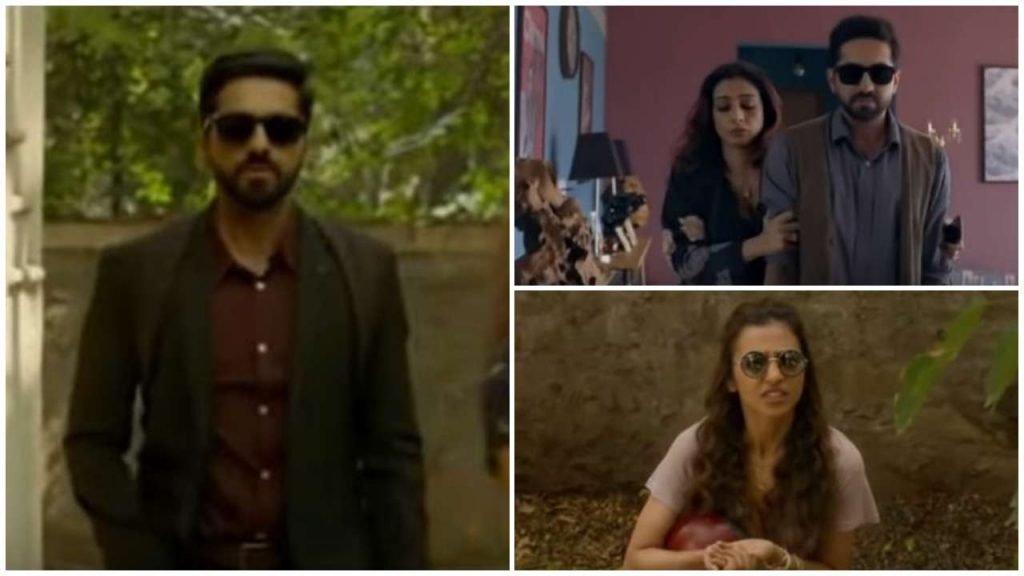 One can also go so far as to say that Bollywood stopped and gave meaning to the plot as there are some symbolic elements in the movie, foreshadowing or hinting as to what is about to happen, in Bollywood terms, one can say “what goes around comes around”. But its not for every character in the movie. The murderer gets free. Damn!

The movie has some surprising elements; some scenes that one could not have guessed. The characters are very well developed, and in sync with the plot. There is an odd association with animals in the movie, linking and closing some of the open ends, which was really impressive to be honest.

The movie borders along the lines of being random and absurd. Lot of things happening in parallel scenes. As said earlier, expect a lot of murders and death scenes and humourous ways of disposing the bodies. After the interval, the movie spirals downward. there is a lot of emphasis on organ donation for some reason and selling them on black market.

The movie is filled with plot twists. One of the biggest one is associated with Akaash. But I will lay off spilling that yet, because you need to enjoy it yourself. Also, second half of the movie mostly deal with this plot twist and the obstacles created for the character.

To sum it up, Andhadhun is totally worth your while. The movie is gripping from the very beginning. It has some really good scenes. You will get to see some good acting, some stereotypes, there is blackmail and little bit of extortion. But you will laugh all through.

However, the end is a little anti-climactic. But again, you will be surprised. In moderation, the movie is a package deal! I suggest go watch it.