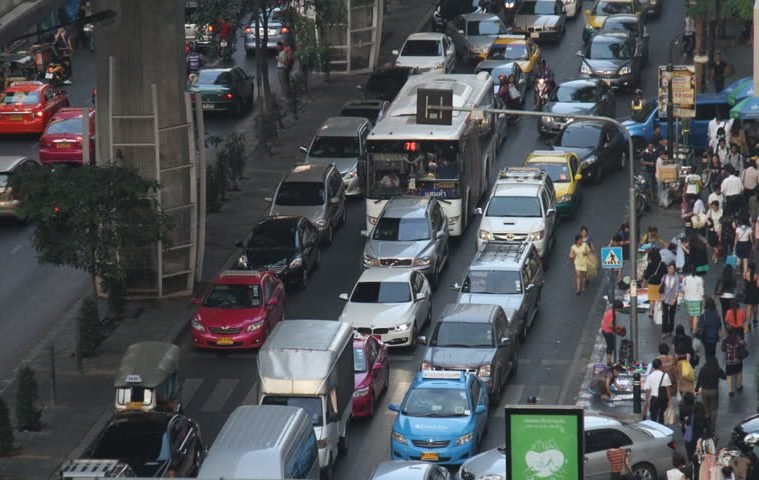 A Day Of Commuting Through The Indian Traffic Circus

“How long will it take you to reach my home?“, asked Aniket.

“Maybe two songs, maybe two and a half“, replied Tushar.

This is an animated conversation that happens between many a folk in India. Because it is probably the only country wherein millennials are used to measure distance in songs. But such is really the traffic condition in our country that everything seems to be in a disarray. Its like a tawa sabzi counter at the wedding where in there is just too much commotion and you do not know whats going to be the end result.

Each one of us gets stuck in traffic daily and it has now become a part of our life. Too much to the point where in if you do not encounter traffic after covering much distance enroute, you begin to fear if an impending burst of traffic that is going to engulf you soon.

So lets take a ride on a typical Indian road and see what we find on the way. (From the eyes of someone who is in a four wheeler).

The Gloom Within the Four-wheeler

When a sniper takes aim at the target, he takes into account the wind velocity and angle with which the bullet would traverse before reaching home. On similar lines, you left home just a while ago and as you are a techno freak and checked google maps before you left. You reach the first signal and are patiently waiting in a line of cars ahead, simply gauging the narrow distance between your car and the one 360 degrees around it.

Suddenly someone from the back seat, who instead of enjoying the music on the radio, did some quantum equations in his head announces: “It will take us atleast 4 turns on this signal to cross it”. The atmosphere within the car suddenly turns gloomy and you have no idea what to answer that with. You start looking outside and see that the footpath on the road has been converted to NH 66 for two wheelers to travel on. They easily navigate between broken ‘I’ blocks on the pavement and find a way right through the traffic to the signal. And you are left standing there, wishing you had left the car at home.

The Speed Of Honking

Your train of thoughts is crudely interrupted by the honking sound of the person behind you. There is a theory that goes as follows.

Mahendra Singh Dhoni is the fastest behind the stumps. Who could have faster reflexes than MS ?

The answer is right there, on the Indian roads. Its the guy behind your vehicle and no sooner does the traffic light turn green, the honking starts in maybe Nano seconds. Move over MS Dhoni. Not so fast, are you?

As you slowly crawl past the traffic light, you observe the cars in front of you are doing a nice curve, parabolic in nature. You slow down only to observe a bunch of cows sitting in the middle of the road, slowly chewing away at the food they had earlier on. As you by pass the cows, the crow perched on top of the cow looks at you and goes, “Thats right human, we are taking over your road. Move on now”.

Life In the Middle

You resign to fate and start driving along, you are cruising but then something catches your eye and you get stuck. Its a giant poster of an offer at the newly opened brewery. You try to squint and read the print where the discount is written only to realise you are drifting to the left. A few honks from behind and a few “Look out” screams from your fellow occupants pull you back to reality. Guess the beer and its discount will have to wait. (Thats alright, ignore the tough look the passing drivers gave you. They are probably not passionate enough about beer).

As you are driving at a slower pace due to traffic, you observe people zooming by on the right. The cab drivers and some gladiators on two wheelers have decided to drive into the BRT corridor. They are on a mission, to use the corridor to beat the traffic. Well, with the amount of breakdowns the BRT buses have, someone has got to make use of the well built roads.

You are almost there at your destination. You can see the well lit hoarding of the Multiplex in the distance. But you still have a long way to go in terms of driving. Suddenly the sound of an ambulance comes on and people start moving to the sides to let the ambulance pass. Good, you feel humanity is still prevalent. But no sooner does the ambulance pass, you see a flurry of vehicles chasing after it. No its not the relatives of the patient. Its just the people who are opportunists and wish to make full use of the clean passage behind the ambulance.

All the while through your journey, one thing has been with you. Its not the music playing, its not the dust, its not the adverts on the radio. Its been your old friend, Mr. Pothole. The road is literally strewn with them and there is no telling how deep which one is, which will cause harm to your vehicle and which one will give the neighbouring car a good bath with its brown water. You manoeuvre your car like your life depends on it, but BAMM !! you just could not get past that one, could you?

Driving on Indian roads is a sport in itself. Its fun, tedious, adrenaline pumping and its painful.

I for one do not see the situation getting any better anytime soon. So get used to it.