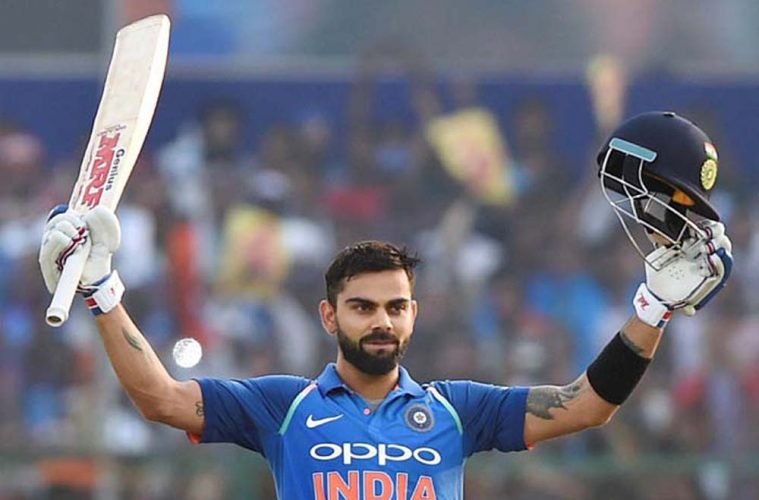 A Fan’s Poetic Tribute To Virat Kohli On His Birthday

A clean shaven youngster with lots of aggression,
Many described it was no arrogance but passion.
Winning World Cups when he was just nineteen,
Already hitting the headlines in places he had never been.

Not everyone is lucky enough to bat with their idol,
This guy went on to follow the dream in all.
He not only formed partnerships but filled the void,
The ones that were created when the Master retired.

The way he ran riot over Lasith Malinga at Hobart,
He was slowly stealing every cricket lover’s heart.
Dominating his authority over Johnson like a boss,
Sledging him came at the cost of the opposition’s loss.

Stones started getting converted into milestones,
Him batting meant people were finally off their phones.
The amazing sight of his hooks and cover drives,
Could bring happiness back to anyone’s lives.

He was carving out a name for himself in history,
Not only scoring runs but also taking India to victory.
Winning Man of the tournament in consecutive WT20s,
And also making other bow in adulation and freeze.

Taking over the reigns from his beloved Captain Cool,
He had all the requirements in his bag of tool.
Not shying away while leading from the front,
To putting a brave face while facing the brunt.

Coming back to England after the horrors in the previous tour,
He not only passed but conquered everything that came on his door,
Falling into celebratory mode and reaching out to the skies,
You could tell by the looks that he had fire in his eyes.

Excellence on par and consistency unstoppable,
Making experts put him and Sachin on the same table.
But there is more to achieve on the road to success,
Because you still got time for a lot to access.

As the bravado of the Indian team enters the thirties,
With feast of runs larger than Thanksgiving Turkeys.
He will race forward and continue to widen the lead,
Because the hunger for more is not a want, it’s his need.

Happy Birthday Virat Kohli!
On behalf of a billion people..