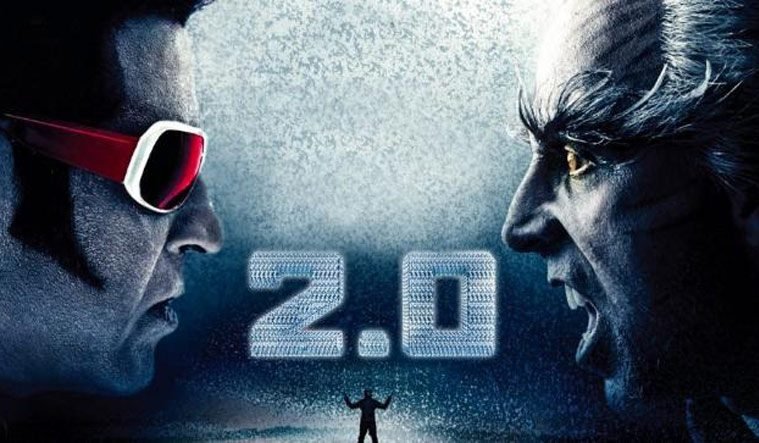 If you are a Rajni fan, you must have surely booked yourself a ticket for the most awaited sequel. 2.0 was made with a budget that is 5 times the cost of Enthiran, more popularly known as Robot. The film has earned 20% of its cost even before its release. This is obviously because of the Thalaiva frenzy. But is it worth it? I say both ‘yes’ and ‘no’.

A big yay to the cinematography and the course of the story. But the ending seemed abruptly disappointing. When something is wrapped up just to sound politically correct it fails to impress, at least that’s the effect it had on me. Films that carry a message are a great way to pass on the awareness baton. And Akshay Kumar is known for it. He’s an antagonist you will love. It’s hard to take sides between Chitti, the robot and Pakshiraja who is the enemy force played by our gold actor.

The story revolves around man’s attitude towards nature. Human kind has always studied how the ozone layer is depleting, but has never done much about it. Survival and development forces us to ignore our responsibilities towards the environment. But we later brood over the disasters our actions bring. 2.0 is exactly that. It makes viewers aware of the repercussions of excessive cell phone radiations. But like Pakshiraja says it, people read about it and watch shows on the harm caused by unnecessary mobile usage. They express sympathy towards nature for five minutes and immediately start spreading the message on WhatsApp. That’s the irony of it all. An added piece of irony is that even after watching the film, I’m writing a review using my phone!

Users need phones and connectivity and that immediately increases the competition among network service providers. Everyone wants to be the best and have the highest subscriber base. Hence we have more attractive internet pack offers and everything else that earns them some bucks. This results in to a non breakable cycle of more cell phones and more environmental damage. But who is going to fight back on behalf of nature? For real there is nobody, but for ‘reel’ it is Pakshiraja in 2.0.

Throughout the movie I wanted to be on Pakshiraja’s side. I’m assuming, many of you who will watch it will feel the same. And just so that you change your mind, an ending has been perfectly crafted to “mechanically” or rather “robotically” say that we need to be aware of the damage we are doing to mother Earth and its creatures. Practically, it doesn’t look like a possibility. But the movie has tried its bit to convey a lot of positive messages.

I am personally not a Rajni fan. But he is an actor South India loves and we can not think of Enthiran without him. A pure bollywood version would probably cast Akshay Kumar in the lead role, considering the age factor. But undoubtedly Rajnikanth and age are an unrelated pair. He is a good fit and will remain. Both the actors have played their parts exceedingly well!

Not to forget the assistant robot Nila played by Amy Jackson. I believe that playing a robot best suited her considering how stiff an actor she is. And then we have a human villain – our very own Sudhanshu Pandey who plays junior Bora. Adil Hussain also appears in the film as a lead politician. Pandey and Hussain have minimal gelling roles and there isn’t much to talk about them.

All in all, more than the performances it was the effects and direction that played a heavy role. That definitely required a budget of ₹543 crores. The opening credits will take you on a roller coaster ride. Don’t be late to the theatre or you’ll miss the best part of the movie!

The impact the movie had was great until the final 10 minutes. I expected an innovation in the idea. Maybe Chitti and Pakshiraja could both fight against excessive environmental damage. But that would be a completely weird combination of hero and villain! Considering that films have the liberty to portray unconventional ideas, 2.0 should have had a better wind up tone. Also, the first hour of the movie is really slow. Chitti then arrives and fuels in some momentum.

So it is yay for the presentation and the story of why Pakshiraja turned villain, but not so much for the closing. Yes, there are other elements that are new in the film, but for that you’ll have to go watch it! If you can afford two and half hours of time passing activity, do book your tickets.