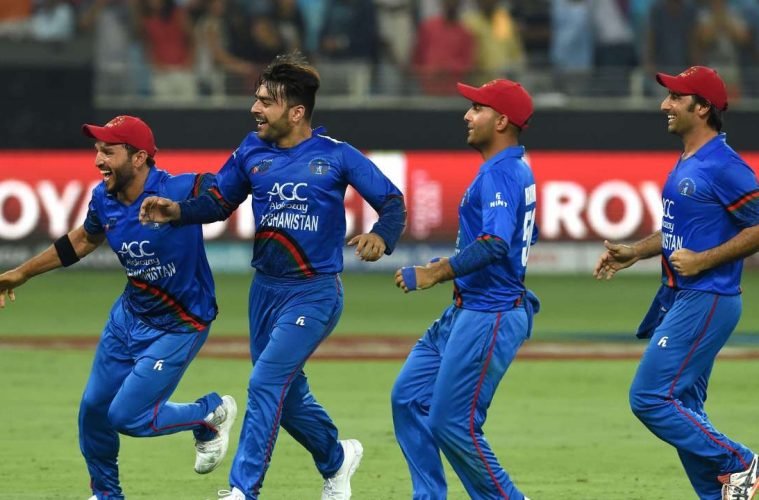 A devout bunch of sportsmen aspiring to prove their cricketing prowess to the world. With every passing game, the Afghans leave behind traces of their growing stature as an international team. The country keeps taking giant strides in their cricketing journey. From winning the World Cup Qualifiers from an unbelievable situation, to playing their first ever Test match. If nothing, the victories and nail biting losses in the Asia Cup goes on to prove their valor right now.
Whether it was the sight of Aftab Alam breaking down after a last over heartbreak against Pakistan. Or the Afghan players breaking into a cluster of celebrations following the tied game against India. Both situations displayed some wonderful moments of ecstasy. Alongside the enthusiasm built within them, the Afghans campaigned with zest and buoyancy. Overall they played some fearless cricket.

A tie against the No.2 ranked ODI team was no less a feat to sign off from the Asia Cup. Not only did they defeat their opponents in the group stage, but totally decimated them. Defeating a fallen Sri Lankan side by 91 runs followed by an astounding 136 runs victory against Bangladesh. Unlike the previous tournaments, Afghanistan weren’t here to participate. Their intentions were clear that they were aiming to win.
While the bowling was always subjected to be their main strength, it was the batting that stepped up. Five games, five totals of above 250. Rahmat Shah rose to the occasion against Sri Lanka. Shahidi provided glimpses of his talent against Bangladesh. In the game against Bangladesh, the lower order displayed their strong resilience. Rashid Khan and Gulabdin Naib recovered Afghanistan from 160/7 in 40.5 overs to 255/7 in 50 overs. On the other hand, skipper Asghar Afghan lambasted his way to a quickfire 67(56) against Pakistan.
Their best batsman of the series, Shahidi posted stupendous knocks of 97* and 71 in the first two encounters of the Super 4. Then there was the ever famous Mohammed Shahzad who was constantly getting starts. His teammates were aware of his firepower skills and he exactly portrayed the same against India. While wickets kept falling from one end, Shahzad stood tall with a splendour 124(116). Mohammed Nabi also chipped in with some handy contributions at the lower order.
The fast bowling duo of Aftab Alam and Gulabdin Naib performed well in parts. Rashid Khan took 10 wickets with a fascinating bowling average of 17.2. The highest wicket taker in the tournament till the Super 4 stage. As batsmen continued to figure out the 20 year old,  another right arm off breaker was bamboozling the opposition. Mujeeb Ur Rahman continued to cause a lot of mayhem in different batting lineups with his bowling finesse. Mohammed Nabi was quite economical too as the spinners seemed like a tantalizing trio. Together they accounted for 50 percent of the wickets that fell.

The Shortcomings and the aftermath

The Afghans had the batting resources to post a good total. The bowling resources to contain the opposition. However, the lapses were visible in captaincy, the fielding standards and the inexperience factor. In many pressure situations, the Afghans ended up panicking. However, they have certainly learnt a lot of lessons to learn from the Asia Cup. Their performance level can only improve from here on. The fielding will get better as soon as they start working on their fitness levels.
With the World Cup less than nine months away, this tournament will go a long way in proving how Afghanistan cannot be underestimated. They have emerged out as a powerhouse in world cricket. The performances over the past couple of years is a testament of their hard-work and dedication. It has not been an easy ride but the Afghans have inspired a lot of confidence in fans across the world. And they can only grow from here.
Featured Image Source