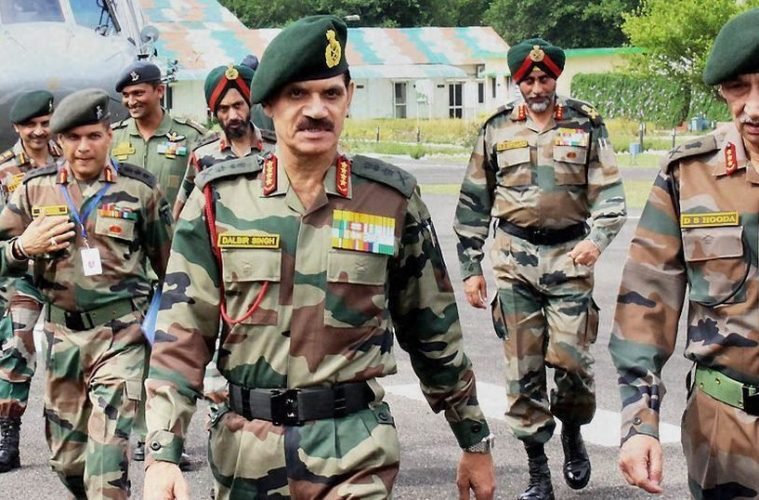 AFSPA: The Necessary Evil Or The Dangerous Beast

Armed Forces (Special Power) Act (AFSPA)- These words invoke images of military men and violence. Incidentally, this act was in place to stem such violence. But like many other laws, it too became a victim of politics.

Armed Forces (Special Power) Act 1958 was introduced in the time of crisis. The 50s was an era of an extremely violent secessionist movement in the Northeast part of India. Mizo and Naga insurgency necessitated severe push from the state. Thus, it became necessary that the armed forces act under some legal safeguards in order to restore peace in the disturbed area. This set the tone and nature of this law.

In simple terms, AFSPA gives armed forces the power to maintain public order in “disturbed areas”. They have the authority to prohibit a gathering of five or more persons in an area. They can use force or even open fire after giving due warning if they feel a person is in contravention of the law. If reasonable suspicion exists, the army can also arrest a person without a warrant; enter or search a premise without a warrant; and ban the possession of firearms.

Any person arrested or taken into custody may be handed over to the officer in charge of the nearest police station along with a report detailing the circumstances that led to the arrest.

A disturbed area is one which is declared by notification of Govt under Section 3 of the AFSPA. An area can be so due to differences or disputes between members of different religions, racial, language or regional groups or castes or communities.

The Central Government, or the Governor of the State or administrator of the Union Territory can declare the whole or part of the State or Union Territory as a disturbed area. A suitable notification would have to be made in the Official Gazette. As per Section 3, it can be invoked in places where “the use of armed forces in aid of the civil power is necessary”.

The Ministry of Home Affairs would usually enforce this Act where necessary. There have been exceptions where the Centre decided to leave the decision to the State governments.

The Pros And The Cons

The act has arguably and controversially been very successful. It has nearly stemmed insurgency in most of the seven sisters with AFSPA being lifted in Assam bordering districts of Arunanchal. Conversely, the bill has been seen as the herald of severe human rights abuse too. There have been unfortunate cases of excess by combat troops. None of them are justified. But all of them have been punished by military tribunals and JAGs as and where the complacency and accusations have been proven.

On the other hand, this act has been used to malign the image of the army at many occasions. Kunan Pushpora was made infamous due to the alleged incidents of mass rapes. Separatists alleged that scores of local women were raped by our troops. However, with the women in question flip-flopping and changing statements constantly, the case was thrown. Yet, the damage was done.

Facing an incredibly hostile population, the pressure on Forces is tremendous. Stones, acid bottles and even brutal ambushes like those at Pulwama recently exemplify the normal routine forces have to face. An ordinary soldier in such hostile environment, away from home, has to face the brunt of it.

To protect the troops in these extraordinary circumstances, is the whole point of AFSPA. If the situation did not warrant it, Sec 124 under CrPC is enough to maintain short-term public order.

The build-up to the general elections has all the parties making wild promises. Meanwhile, Congress in particular has made a huge wave in its manifesto. It has promised to ‘ease’ AFSPA in J&K. Further it has plans to move the armed forces to the border, both IB and LoC. Thus, removing them from the valley in most parts. It has further promised to appoint 3 congress interlocutors in the valley.

The Congress, on receiving back lash promised that none of these measures will be implemented without the concurrence of the Armed Forces. Yet, there are two inherent problems with this.

Firstly, AFSPA was introduced in response to general breakdown of civil administration. It isn’t as if a military coup took over a legitimate civilian machinery. The Armed Forces still work under and in aid of the civil administration. For instance, after arresting a terror suspect, Amy has the right to interrogate the individual. Yet, he has to be handed over to the Police within 24 hours. Technically, none of the fundamental rights of the civilians are encroached upon.

By acknowledging that AFSPA and human rights violations go hand-in-hand, Congress is seriously delegitimising India’s claim on Kashmir. This is practically parroting Pakistan’s slander of Indian forces committing ‘human rights violation’ in the valley. Is a national party of our country playing in the hands of the enemies of our nation?

Secondly, it was a Congress government at centre who bought this legislation. It was the same Government which was in power when they fixed the Kashmir Elections of 1987. These elections would have seen future militants coming into power as legitimate politicians in the valley. The disillusioned separatists then picked up arms in response to perceived Govt meddling in the valley.

Withdrawal of the Clause

In short, the Congress should withdraw this clause from its manifesto. This, they will have to do in order to ensure its survival as a legitimate political force. Also, after the Pulwama attacks and the subsequent escalations, things have evolved. Security issues and Kashmir, which used to be the staple of Urban politics have entered the hearts and minds of our farmers in the villages. In these delicate times, a party has to be careful about the image it projects. At the moment, there seems to be nothing Indian about the Indian National Congress.