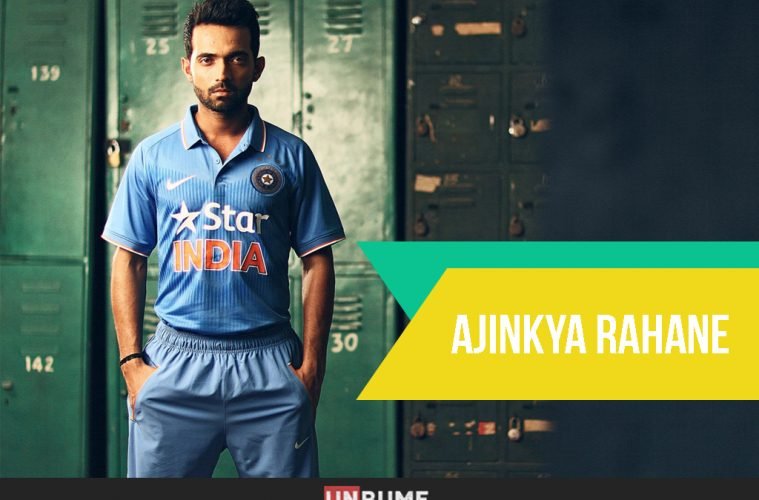 There are the ultra-talented ones (read: Rohit Sharma). There are ones who grab the opportunity with both hands (read: Hardik Pandya). And then there are some like Ajinkya Rahane.

Scoring heavily in domestic cricket for the ‘never short of talent’ Mumbai side, Rahane is not your typical ‘khadoos’ Mumbai batsman. But as is so often the case, we unnecessarily try putting players into glorious labels apt to certain predecessors.

The Team Player and the Friend

Ajinkya Rahane’s domestic journey may have mainly crests rather than troughs but his international career is full of twist and turns. Rahane made his international debut at the age of 23. In the five years since he has always put his hand up when the team needed. Though, not the most talented batsman, he has all good shots in his repertoire, a sound batting technique. And above all, he has the caliber to play the moving ball and scoring overseas.

To top all this, Rahane is as much a team man as one can be. He has opened, played in the middle order, accepted the stand in opener’s role. Even served drinks to the test team when he was the vice-captain. But Rahane never complained. 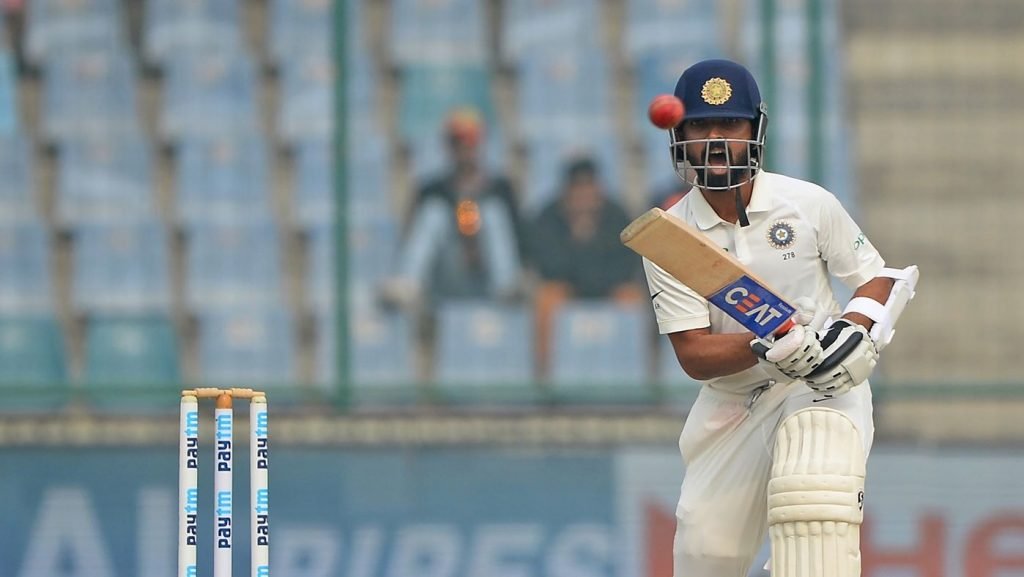 Rahane’s commitment to the team and its ideology is displayed well in an incident which happened during the vitriolic test series for the Border Gavaskar trophy of 2017.

It was a time when the visiting Australian team was considered a pale shadow of their predecessors. They still managed to upstage India by 333 runs in the 1st test at Pune. Though India won the 2nd test at Bengaluru and the 3rd one was a draw in Ranchi.

The focus of the series sadly shifted to the famous ‘Brain fade’ incident of Steve Smith and the shoulder injury of Kohli. In the shadow of all the histrionics, there was a test match to be played in Mohali. One which was the decider and Indian team was to be led by Rahane. India won the match comfortably.

Rahane, the captain, won that match against his friend Steve Smith. In a series where friendships were being broken, just a couple managed to sustain. But when asked to share a drink afterward by Smith, Rahane politely declined.

Of late ‘Jinx’, as he is often called by his teammates, has been confined to playing test matches only. And a few insignificant One-day series. Though his high scores in several such One-Day matches and a few Man of the Match awards weren’t given that much appreciation seeing the caliber of the opposition. But not scoring is never a good option which he did find out just a little later. 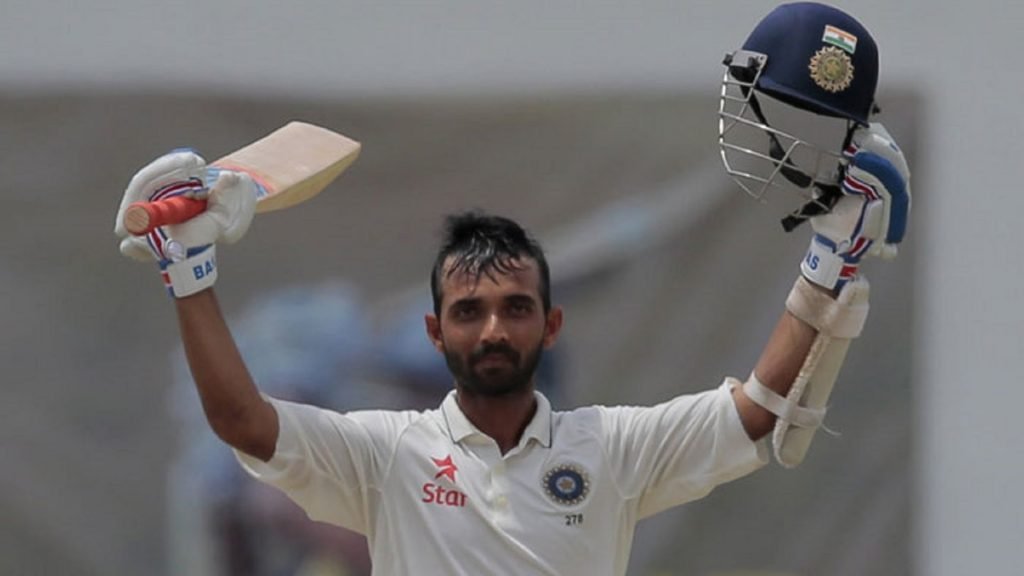 In the Test series against Sri Lanka, right before the much talked and crucial tour of South Africa, Rahane scored just 30 runs in 6 innings at an average of 5. Although such scores cannot be justified, batting at number 5 in tests is never a thankful job.

Often you are stuck with the tail and the pressure to extend the lead.

Rahane, India’s best batsman in overseas ‘Red ball’ matches and its Vice-captain, was made to sit out in the first two tests. He was replaced by fellow Mumbai batsman Rohit Sharma, someone with whom Rahane shares a good bond and likes to bat with.

Rahane scored a match-changing 48 in the second innings. The pitch which in his modest words was challenging, where even the home batsmen feared to play. India won the match. Rahane wasn’t bitter, it clearly showed in the way he and the captain hugged each other.

A Star In The End

Amidst all this, Rahane secured a matching bid of Rs. 4 crores in the IPL auctions 2018 by the Rajasthan Royals against the Kings XI Punjab. One can not help but think that Steve Smith, Rahane’s captain at Rising Pune Supergiants and the only player retained by Rajasthan Royals, made that call. 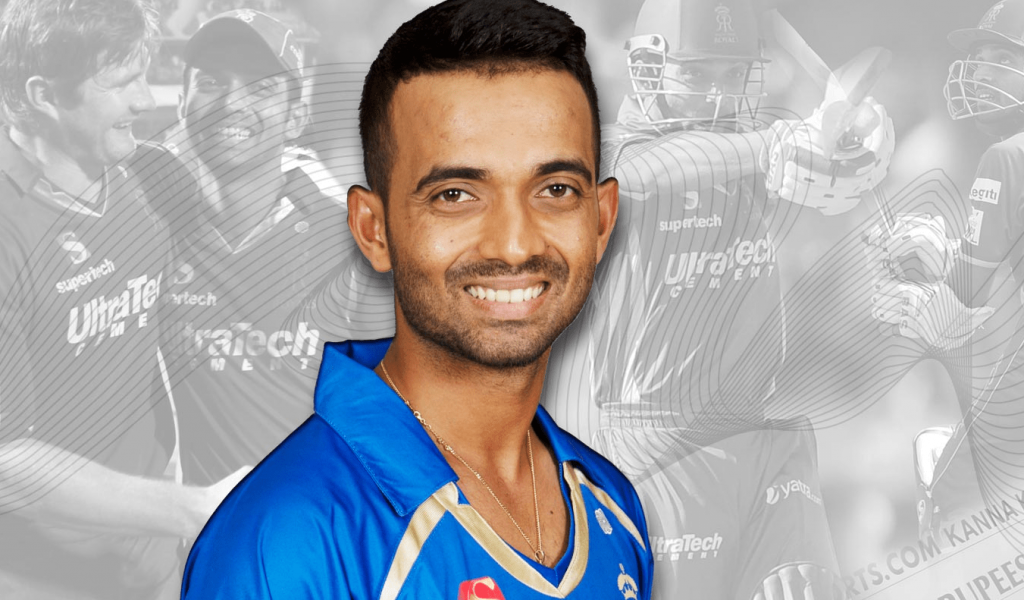 It seems that the stars are aligning once more for Ajinkya Rahane as he has found a place in the one day playing XI in the first ODI versus South Africa.

Rahane may well get a chance to represent India in next year’s World Cup but he dare not be left out of the test side.

But then, you never know because in the fray are the ultra-talented ones. They are ones who grab the opportunity with both hands and then there are some like Ajinkya Rahane.