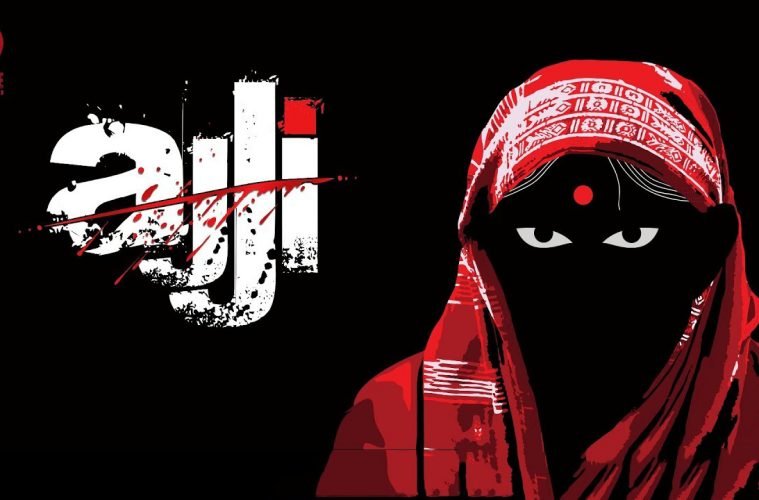 You know what? You don’t have the faintest idea.

No, you really don’t.

There exists a very common notion to say ‘I understand how you feel’ or ‘I can imagine’. Whether it is your friend who met with an accident breaking some part of their body; or god forbid, your family member diagnosed with cancer. Now if you were to understand the rationale behind why we say such a thing, it’s very straightforward road. We humans believe that by sharing grief, we can limit the effect of pain someone is feeling. What we do not realize is that it is a feat that is impossible to achieve.

If you think that you can understand what that is like; then you know what, you don’t have the faintest idea.

Although it shall always be this way, one man’s vision did come close.

‘I need to transfer the horror’ he says and does so brilliantly. 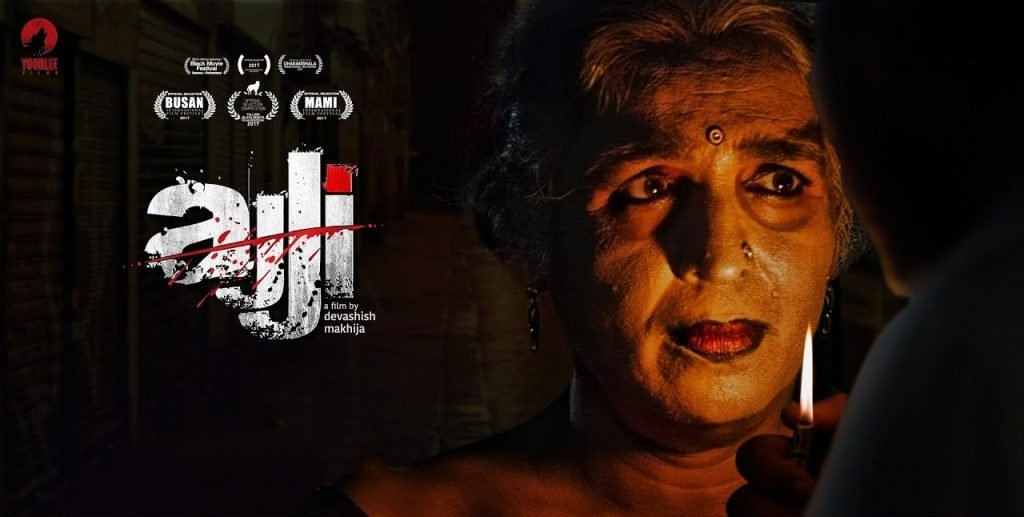 Devashish Makhija did not waste a second on his feature film ‘Ajji’ where instead of calmly showcasing the grim tale, he grabs you by your throat and shoves you directly into the traumatically filthy world he carved meticulously on a canvas that seems diseased by every sick thought that can cross a human mind.

Movie begins in a world which we rarely get to see not because it’s the lost city,  but because of who we are. It shows us the world we conveniently turn our blind eyes to. It is the world where we dump everything; where the stacks of garbage are high as mountains and the rivers are nothing more than sewage. It is the world that we do not want to associate with as it is populated by sex-workers and butchers and cleaners and every other profession that we choose to deem inappropriate in the picture perfect utopia we imagine. Contrary to popular belief, this is not the world that generates criminality but it is the one that suffers most from it.

The movie begins by taking us directly into this world with wide shots of the filthy surroundings where two women are looking for a little girl. One is a pregnant sex-worker and the other is an old feeble grandmother who, if life treated her better, should not be walking in the middle of the night. They do find the girl, thrown abused and bruised in a pile of garbage and this is where the story begins.

Now it is not really rocket science to understand what happens next. For anyone who has watched the trailer can easily get the whole storyline that goes something like this – young girl raped by a local politician – the grandmother seeks revenge – whatever happens next would constitute the end. Cinematically speaking, the narrative arcs that are chosen by most of the revenge dramas focuses on the transformative journey of the protagonist or the way revenge is exacted. It is seldom that you see the effect of the event that caused the whole turmoil in the first place, stretched onto the major length of the story. 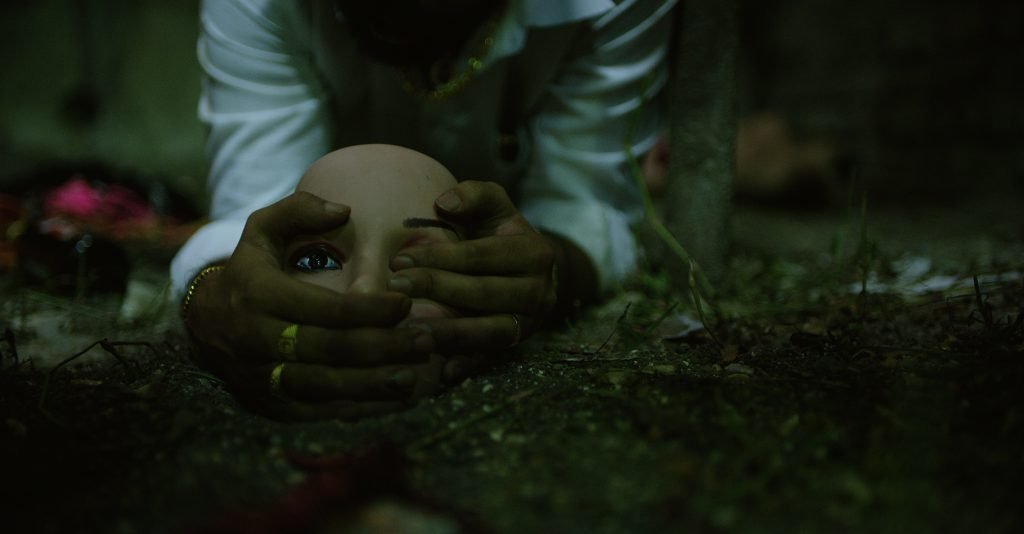 Ajji shines as a film about rape because it never misses the point. It never leaves your neck but rather rubs it against the horror of rape and the aftermath it leaves in its wake. It showcases what the rape victim goes through after the horrific act. And it showcases what the family goes through and the sad hedonic adaptation that is not the result of choice but rather circumstances. It is never naïve to paint the world black and white. It shows us the grey nature of the world we live in and what it is like to look for justice from a society that does not even want to recognise you.

A major portion of what makes the film great is the cinematography. Alfred Hitchcock once said:

The size of something that occupies the frame is directly proportional to the importance they hold for the film. Films now-a-days lack basic cinematic grammar so much so that they are nothing more than moving images.

Jishnu Bhattacharjee is the man who stands contrary to Hitchcock’s allegation. He, along with the director shot some truly spectacular scenes that not just induce claustrophobia but also a sense of diseased infestation. The use of mirrors, light and the locations that stand analogous to the tale the movie is based on, the film is ridden with allegories and sub-text that are conveyed beautifully thanks to its visuals. 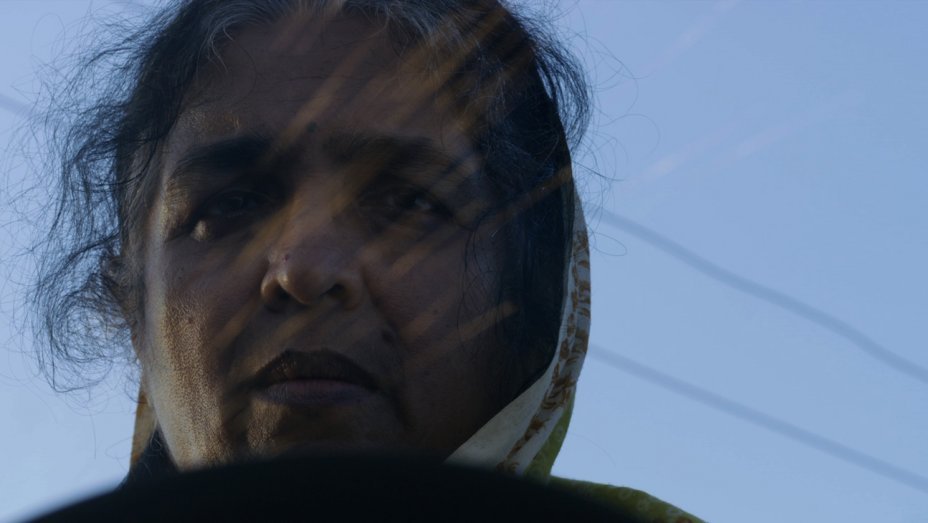 Actor Sushma Deshpande delivers a striking portrayal of the titular character; while Abhishek Banerjee pushes the envelope so much so that you will truly hate him for what he portrays. The actors play their parts in making the film what it is – a truly uncomfortable experience right from the get go.

If your idea of watching a film is to walk into a theater and kill 90 minutes of your life for a no brainer film that presumes you to be an idiot then Ajji is not for you. It is a kind of film that will alter your perception about the world. And rest assured you will walk out that theater a changed person. It is a film that is riveting and intolerable in equal amounts and there are not many I can give out the same description for. Even though it is impossible for us to experience the horrors of rape, Ajji is the closest you will ever come to understand what it is like because now you know that you don’t have the faintest idea.