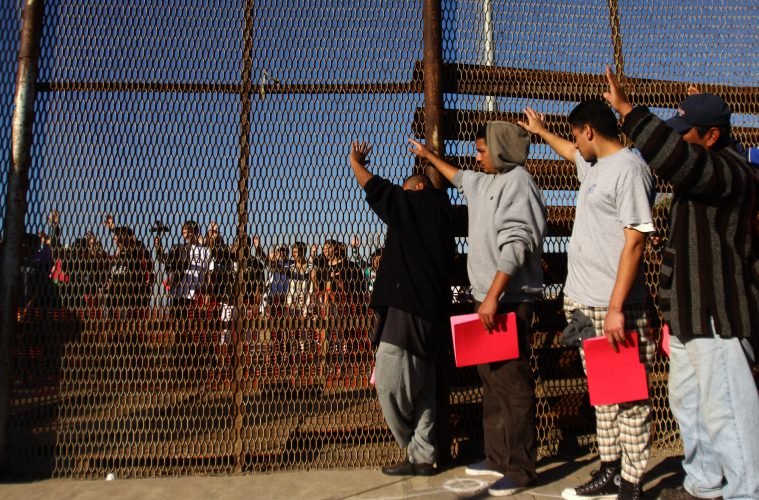 All About The US-Mexico Immigration Agreement

The ‘issue’ of immigration has always been an important part of the US President, Donald Trump’s politics. From building walls to severing financial aid, Trump’s politics have consistently attacked migration from Mexico.

On May 30, he revealed his latest policy to tackle this issue. The United States, Trump said, would impose a 5% tariff on all goods coming from Mexico. He tweeted that the tariff will gradually increase until the problem of illegal immigration was remedied.

On June 10th, the United States will impose a 5% Tariff on all goods coming into our Country from Mexico, until such time as illegal migrants coming through Mexico, and into our Country, STOP. The Tariff will gradually increase until the Illegal Immigration problem is remedied,..

The tariffs were, however, removed a week later. In a series of tweets, Trump revealed that Mexico has agreed to take strong measures to ‘stem the tide of migration’. In light of this, there was an indefinite suspension on tariffs.

….stem the tide of Migration through Mexico, and to our Southern Border. This is being done to greatly reduce, or eliminate, Illegal Immigration coming from Mexico and into the United States. Details of the agreement will be released shortly by the State Department. Thank you!

The Issue Of Immigration

The Border Patrol of the United States apprehended 1,32,887 illegal migrants from the US-Mexico border in May 2019. The number of migrants just keeps rising, just as the hostility between the two countries. As reported by Vox, the total number of people coming to the US without papers are highest now since 2007.

According to Trump, this sustained influx has profound consequences of the national life of the American. This view has, however, been debated. Trump has been criticised for his immigration policies on humanitarian grounds.

A lot of factors have contributed to this influx of immigrants. The local conditions of the Central and South American countries are harsh. Violence and economic and political instability make life in these countries uncertain. Apart from these apparent reasons, American officials suspect that the “humanitarian visas” issued by Mexico have been a factor.

The Government of Mexico, led by Andrés Obrador, introduced temporary “humanitarian visas” in December 2018. These were issued to Central Americans travelling to the United States. The visa allowed travelers 90 days of legal status in Mexico. The idea behind these visas were to curb migration. However, the Mexican government had to shut down the program when the number of migrant seekers increased beyond their control. It is possible that these visas made it easier for the travelling Central Americans in Mexico to illegally migrate to the United States.

The Measures Taken By Mexico

Trump’s government has not shied away from putting economic and political pressure on Mexico. It has been willing to do whatever it takes to curb this ‘issue’ of immigration. However, it seems that some form of immigration pact has been made between the countries at last.

President Trump saw to the suspension of the tariffs to levy on Mexican imports following certain promises made by Mexico to curb immigration. One of these promises is the deployment of Mexico’s new National Guard troops to the border that it shares with Guatemala. The other promise is to allow the United States to force asylum seekers to remain in Mexico during the pendency of their legal cases. This means that those it will be sure that those crossing the United States’ southern border to seek asylum will be going back to Mexico.

The United States also wants Mexico to declare itself as a “safe third country”. If Mexico does so, it would essentially be a safe place for people fleeing Central American. Central Americas that arrive at the US-Mexico border will thus no longer have a right to asylum hearings. Mexico has, however, repeatedly refused to agree to this.

The Agreement Between Mexico And USA

While President Trump’s statements make it seem like Mexico agreed to these conditions under the pressure of tariff, that is not so. The two countries had shook hands on a deal previously in December 2018. However, by this May, Mexico had only deployed 1,000 National Guard troops to its southern border. In the recent round of negotiations held last week, Mexico agreed to send more troops than originally pledged. 6,000 members of the National Guard may have to hold station at the Mexico-Guatemala border.

The United States, in return, has agreed to speed up the process of deciding asylum claims. At present, the process takes between six months to several years. The United States will also expand its “Migration Protection Protocols”. Under this policy, asylum seekers are facing a move back to Mexico while they await decisions on their asylum claims.

According to the latest agreement, the two counties will expand the policy across the entire southern border. At present, the policy faces legal challenges by immigrant rights groups. It seems that the policy violates migrants’ right to lawyers.