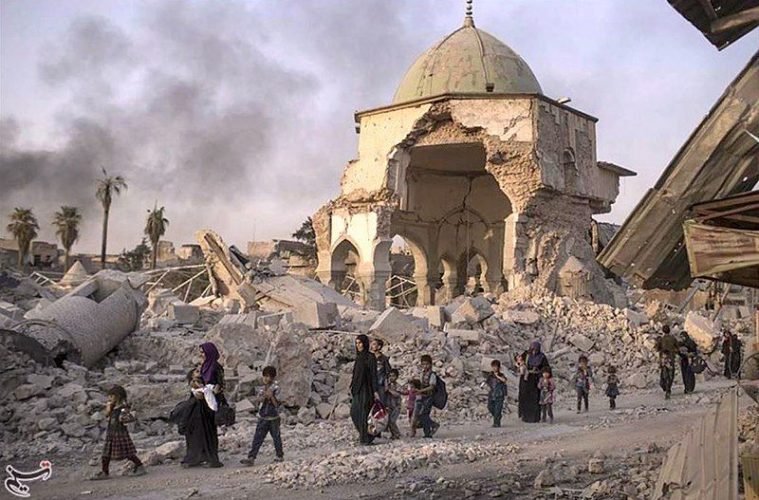 All You Need To About The Crisis In Middle-East

Conflict is synonymous with the Middle-East. Since ancient Mesopotamia to modern Syria, it has been a tragedy. The recent flare-up of the crisis has many dimensions in it. Let us deal with the background, the flare-ups and the future course this current crisis may take.

First, let us examine why middle-east is such a political hotbed. Lying at the strategic tri-junction between the European, Oriental and the African landmasses, it has seen countless armies, kingdoms and wars criss-crossing the land. The equation changed owing to two factors in the 20th century. First, in the aftermath of fall of the Ottoman empire, most of Middle-East came under the influence of the British and French colonialism. They carved up the region under the Sykes-Picot agreement which is basically the root of all problems in the middle-east to this day.

The boundary demarcated present day Iraq, Kingdom of Hejaz which includes all the nations in the Arabian Peninsula and Trans-Jordan area that includes Jordan, Syria and Lebanon. Meanwhile, Palestine became a League of Nations mandate territory under the British. This became an explosive powder keg as a lot of ethnicities were divided by borders and some even lost their nationhood such as the Kurds and the Assyrian.

Add on to this, oil was found in the region. In fact, the largest deposits of it in the world. This inevitably led to this region becoming another theatre of the cold war. Fast forward to present day, all the equations have been thrown out of whack.

The rising regional hegemony of Saudi Arabia and Iran in the region obviously brought them to loggerheads. This nadiral rivalry seems strange considering the similar nature of these two regimes. They are both autocratic, theocratic regimes. Each support violent brands of Islam and are not afraid to finance equally violent movements across the world (Al-Qaeda & Hamas).

The one that brings them out in the open with knife held to each other’s neck is what Islam they represent. Saudis are Wahabi Sunnis. Iranians are the largest Shi’a nation in the world. The Syrian civil war and the Yemeni crisis is case on point as to how far the two regimes can go to destroy each other. It was about hegemony before. Now it has become personal and a war between the US ally Saudi Arabia and the fortress like pariah state of Iran cannot be ruled out.

Honestly, the Syrian civil war is quagmire no one seems to be able to wrap their hands around. The Turks, The Kurds, The Syrian dictator, the democratic rebels, the Islamic rebels, the Iranians. The list never seems to end. To add icing on the cake, the Americans, The Europeans and the Russians joined in the party when a renegade and extremely violent group, Daesh, took over vast swathes of Syria and Iraq.

After 4 years of incessant bombing, indiscriminate killing of civilians and combatants alike, they were, in some sense eliminated. At this crucial junction, probably on insistence of his Russian masters, the buffoon-in-chief of the US decided to pull out American troops from Syria. This has the potential of changing the entire dynamic in the region. It is yet to be seen how this disastrous decision will end up. It won’t, in all certainty end the civil war. It’ll just be another weak and spineless American administration running away from the mess it created in the first place.

The Question of Oil

Of course, being the Middle-East, how can oil be forgotten? This unquenchable thirst of oil of the west has had so many consequences for the region, it will require an entire book. To sum it up, US on recognising the vast oil wealth of Saudi Arabia decides to form the SaudiARAMCO oil company. Everything seems to be working just perfectly till 1978 when Iran was taken over by Shi’a fundamentalist.

To counter that, Americans started arming the Iraqis through the Saudis. Thus leading to a disastrous war between Iraq and Iran which killed millions. When Saddam started misbehaving, he was thrown out and hanged in 2003. As all know, the rest is history. The entire region seems to have fallen prey to oil interests of the West. The US is the major party, interested in particular.

The way forward seems as complicated as the present scenario. If, by some miracle, the Syrian civil war ends, the humanitarian and the economic cost is enough to keep the region unstable for years to come. On the other hand, The Saudi-Iran enmity can erupt into full blown war anytime. With US retreating and the resurgence of narrow nationalistic interests, it is a powder keg waiting to blow. The future does not look promising.