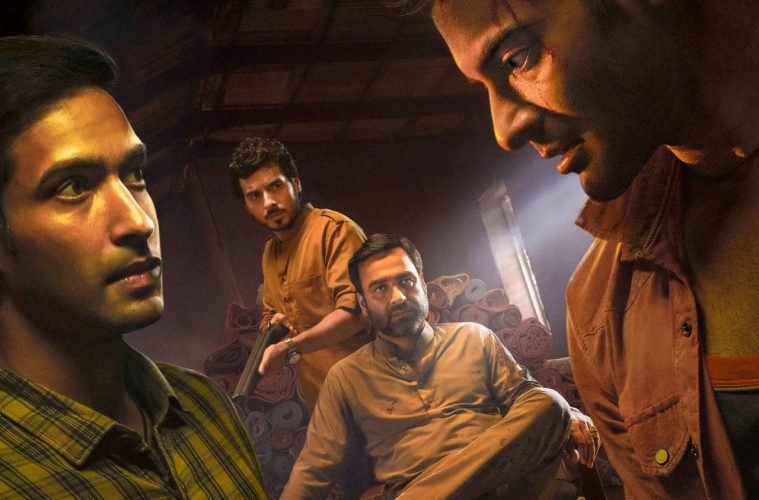 Amazon Prime with its latest Indian series seems to try and catch up with what Netflix has been successfully doing in the past. Third, in the line of Amazon Originals, Mirzapur comes from the same group that gave us the Amazon’s International Emmy-nominated cricket-themed drama Inside Edge. The show has been heavily promoted. It is also in sync with the current theme of crime-drama tv series. The excitement to witness another raw dealing of a crime-laden U.P. spiced up with verbal and physical vulgarity packaged as layered cinema is more than enough to glue the audience. Moreover, with an ensemble cast of actors, Mirzapur looked promising.

Let us take a look into how it forayed finally. Spoilers Ahead !

Akhandanand Tripathi aka Kaleen Bhaiya (Pankaj Tripathi), is a crime lord. He traffics guns and drugs along with his day job of operating a carpet factory runs Mirzapur. The Tripathi family’s youngest blood aka Munna Bhaiya (Divyendu Sharma) is the supposed heir to the family’s business. But just like any other rich brat he too is unknown to a responsible behaviour. On the other hand, we have two brothers Guddu (Ali Fazal) and Munna Pandit (Vikrant Massey). They are sons to a middle-class lawyer and have ambition, fight and pride in their blood.

The play of events somehow intermixes both their worlds. However, the tension between Munna and the Pandit brothers seems to be sometimes force-fed through common love interests, college elections etc. Ali Fazal is beefed up and looks to work hard on-screen to portray the character of a thick-headed bodybuilder. He aspires to become the next Mr.Purvanchal while his younger brother Vikrant Massey essays the role of a college topper. He plays brains beside the bulk role convincingly. Pankaj Tripathi looks inch perfect as the calm and classy crime lord. While Divyendu Sharma with no fault of his own seems a bit too urban to enact a tier three city crime boss. 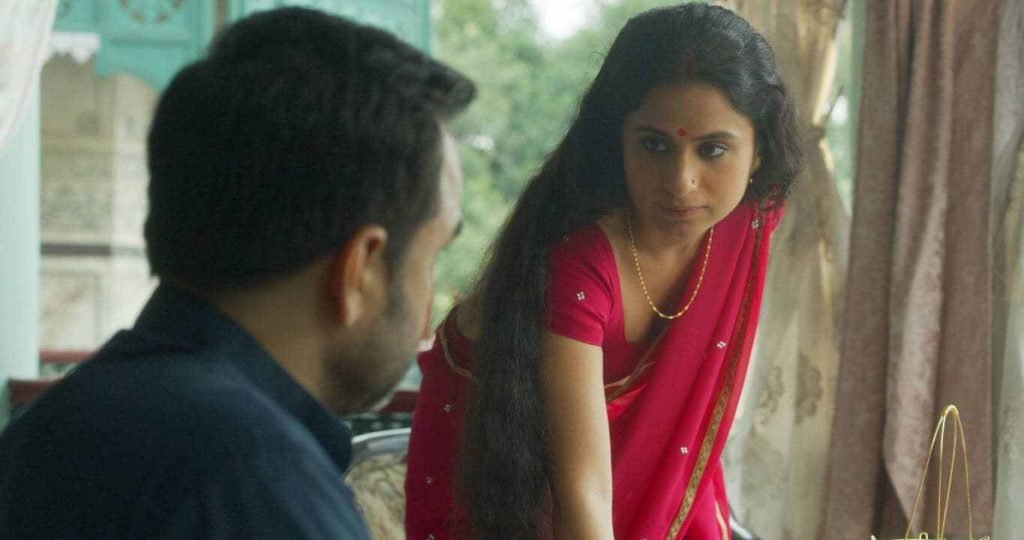 The nine-episode season builds up quickly to engage a casual viewer. Hints and déjà vu from the past though cannot be ignored. Before the release, many seemed to relate and classify it as the small screen version of Gangs of Wasseypur. And after watching it was understandable to relate one family crime drama to another. Interwoven scenes from present and past, character introductions involved in self-pleasure, a cheating mistress, drug selling eunuchs etc. All of this is aimed to add more depth and complexity to a tried and tested storyline. But while most of these do not lead up to much, it is the character performances that light up the screen like a Diwali night every now and then. It more than compensates for loose ends with sprinkle of decent dialogues and the omnipresent dark humour.

In the universe of Mirzapur, all characters seem to have overlapping relations with each other. While some seem to be in sync with each other naturally, some do not seem so. The grey shades of all characters lead up to an engaging experience. But just like Bollywood’s formula of adding a feel-good song at the end of even a mediocre movie, for something so promising as Mirzapur, requires a better closure.