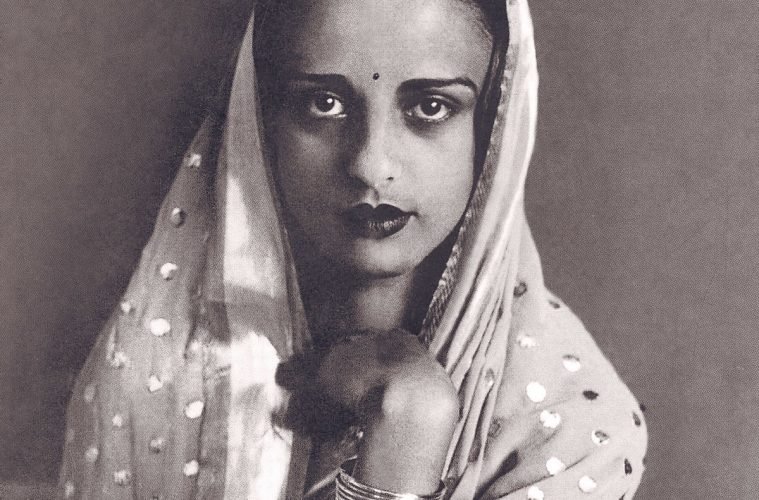 Art is possibly the most widespread form of expression and finds its life in various pieces left by artists in different parts of the world. While artists like Vincent Van Gogh or Frida Kahlo found worldwide acclaim, there is someone back home who had the ability to glorify individualism in a unique way.

On her 105th birthday, we take a look at the legacy that was Amrita Sher-Gil, India’s very own Frida Kahlo.

Early life and the rebel Amrita

Amrita Sher-Gil was born to a highly affluent bourgeois family in Hungary, Budapest. Born to a Hungarian Opera Singh and a Sikh aristocratic father, Amrita largely inherited culture from both the sides of the world- the West as well as the East. Something which is highly observable in all her paintings and the gradual transition thereon.

Amrita was schooled at the Church of Jesus at St. Mary Convent School in Shimla. However, she was expelled from school because she declared herself to be an atheist. This rebellious nature of hers was one of the formative reasons of the independent nature of her artworks specifically and her life in general. 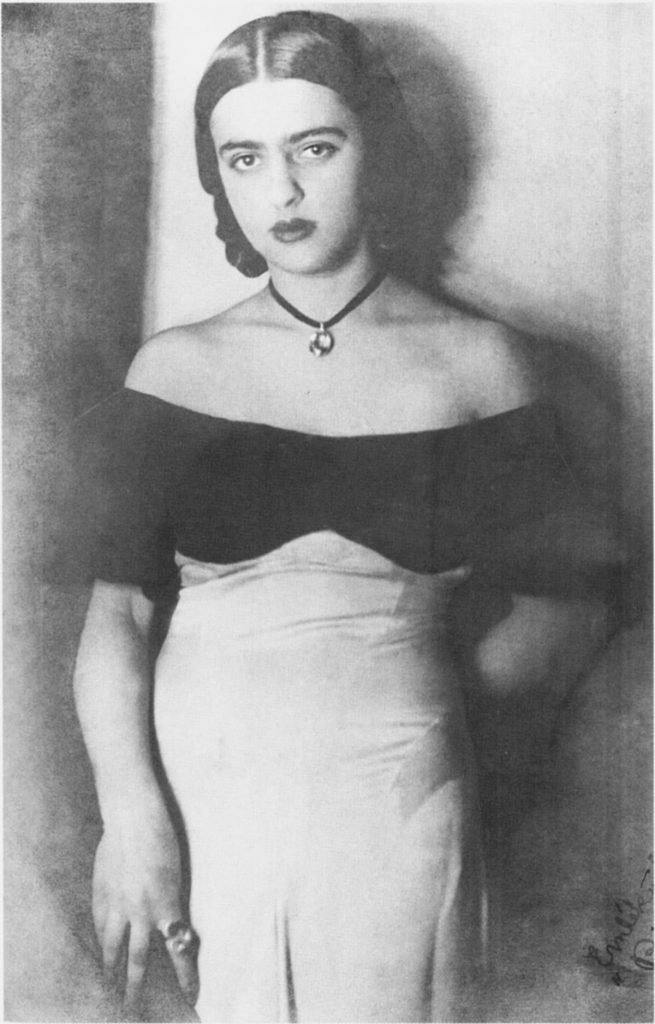 Apart from being a painter, Amrita also played the violin and piano. Her uncle and noted Indologist, Ervin Bakatay saw in young Amrita the footprints of a maturing artist. And persuaded her to join the Academie de la Grande Chaumiere Institute in 1929, one of the finest art schools in Italy.

However, her artistic quench was not satisfied and she left the school for good and joined Ecole Nationale des, Beaux Art. From where she started painting human models and self-portraits. Painting both in charcoal and pencils, she developed a unique style of herself.

The peculiar form of Amrita’s artistry

Her artwork “Young Girls” however was her first major breakthrough. She won great acclaim and accolades for that. With young girls, Amrita embarks on a new journey gradually rising to the realm of success. She started getting recognized for her Bohemian style of artworks as her style was mostly affected by Western Influences. Painting extensively in Hungary and Italy, she started touring different places.

While in Paris, she made a lot of self-portraits. Her self-portraits were representations of the independence that Amrita took delight in asserting on multiple platforms and at different levels. 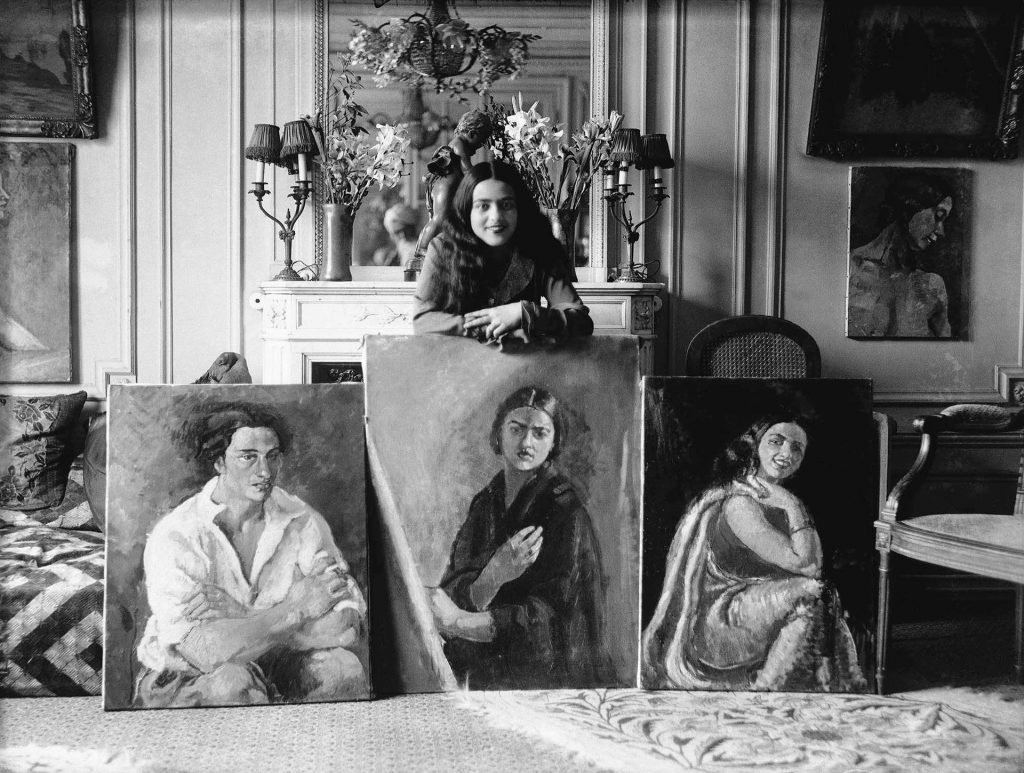 She portrayed herself as a Tahitian. The portrait shows the female body as it is and not as what others want it to be like. You see a familiar but unpleasant torso and maybe that was the essence she was trying to capture and portray.

In a self-portrait of her naked back, Sher-Gil showed the reality of the female skin, the acceptance of the human body the way it is. She made it a point for everyone to know how important it is to embrace what one is. The 1930s were marked with her experimenting with self-portraits but this also did not quench her thirst.

Amrita and her affair with India

She came back to India and this is where the second phase of her art began. A more prominent phase maybe. Amrita had been born into an affluent family and had never had the opportunity or the access to the Indian way of living.

On coming back to India, she saw the suppressed middle class and the village life of India on closer terms. The “ugly” crowd was pretty much interested her. Although she never interacted with the people individually, she saw and represented the grim realities of their lives in a very accurate manner. The likes of which are visible in her paintings Bride’s Toilet and Group of three girls. 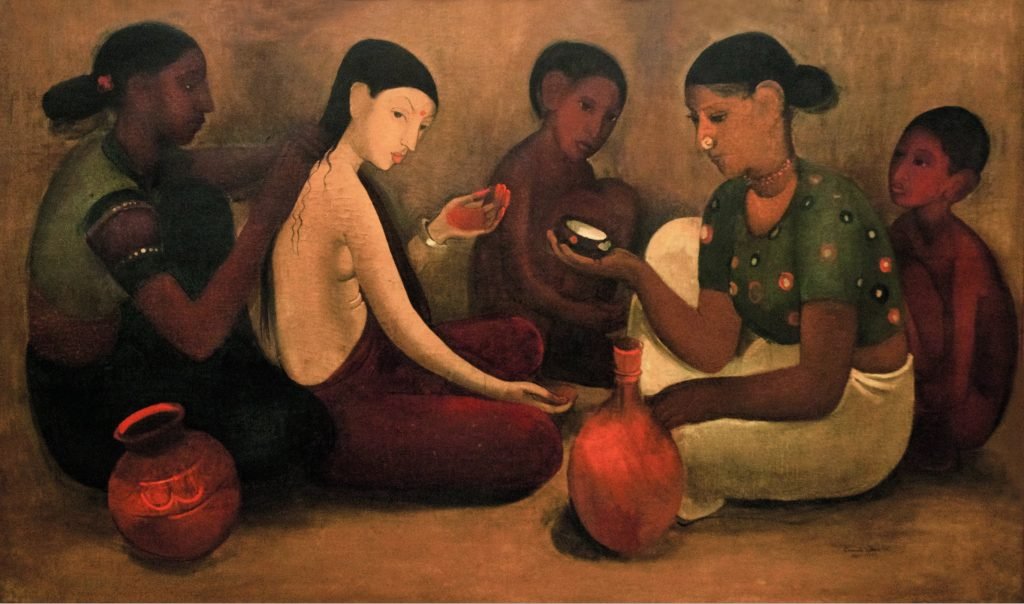 Imperialism was still at large present in India and her family had good political ties. She had amiable relations with Jawahar Lal Nehru who often praised her for art. She however never drew Nehru because she found him too good looking!

India’s colonialism was the main arena from where Amrita drew inspiration for all her drawings. She even toured South India for a while and captured the heart of the struggles of the people there.

Amrita and her much talked about sexuality

Amrita asserted her sexuality truthfully also. While in Calcutta, she had a short affair with Malcolm Muggeridge, an English journalist. She also had multiple affairs with many men and women while her time in Paris. For her, it was not just about sex or the physical intimacy but the need to look deeper into the souls of different people.

Many people like to believe for a fact that she was addicted to sexual intimacy but Amrita consistently denied any those claims and more so saw it as a way of fulfilling her artistic desires.

Amrita got married to her first cousin and trusted friend, Victor Egan in Budapest. Egan, a doctor by profession, helped Amrita through two abortions. How much aware Egan was of Amrita’s lavish style, he always helped during matters of distress. Which was possibly the main reason for their attraction.

The unexpected death at a tender age

The legend that was Sher-Gil died quite a suspicious death with a shroud that was never lifted even after her death. Whatever be the reasons, the world lost one of its finest artists and critic at a very young age. 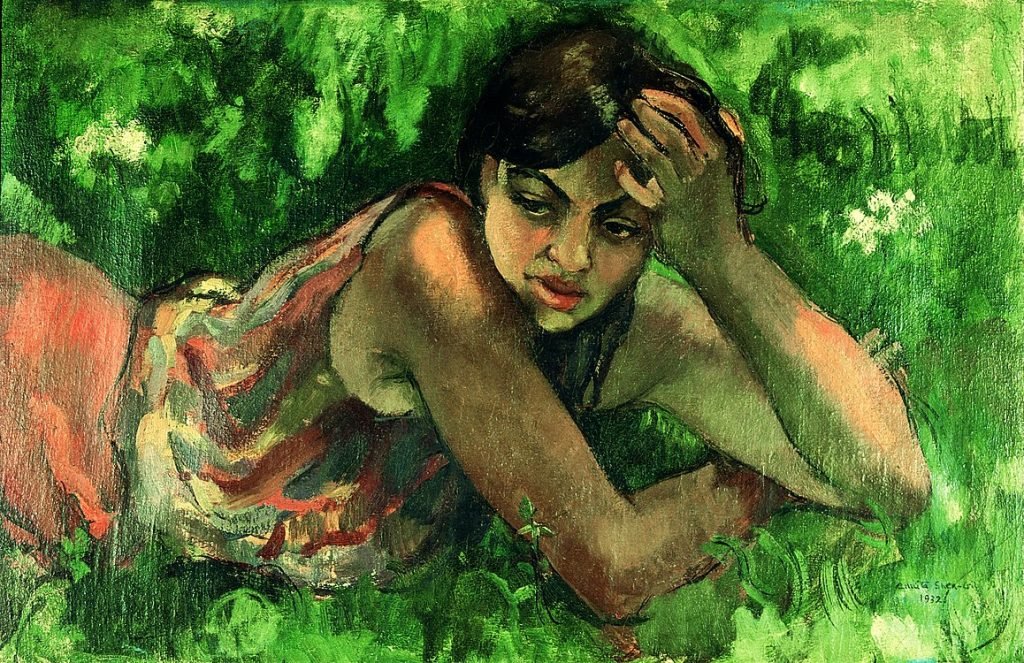 But for what it is, we all must remember Amrita for the artist that she was.

The bold, fierce, independent artist who was way ahead of her times. She always believed that art could not be contained in different schools. Rather it is something that finds expression in the culminations of various art forms together.

Maybe that is why we see a blend of both traditional and contemporary forms in her work. The Ajanta and Ellora caves allured her and found expression in her various works. It is not suffice to celebrate her being in just one day.

We wish the legend, Amrita Sher-Gil, a very Happy Birthday!