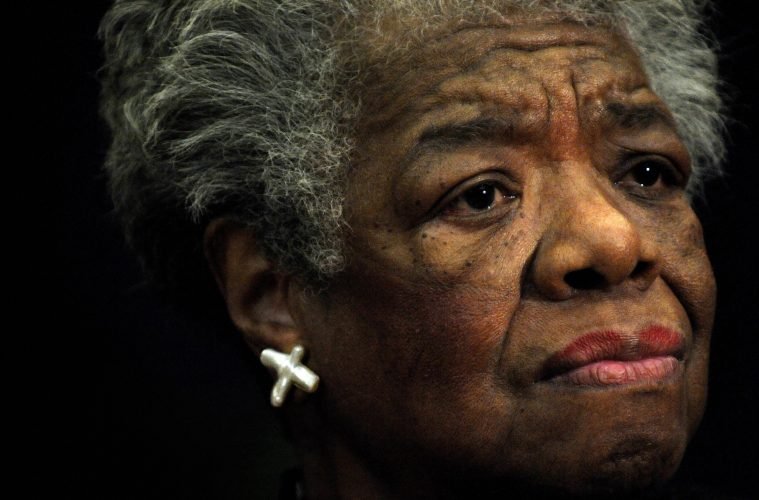 They went home and told their wives,
that never once in all their lives,
had they known a girl like me,
But… They went home.

They said my house was licking clean,
no word I spoke was ever mean,
I had an air of mystery,
But… They went home.

My praises were on all men’s lips,
they liked my smile, my wit, my hips,
they’d spend one night, or two or three.
But…

If this sounds like a poem that makes you happily uncomfortable, then you have, in all likelihood, found your new favorite poet. Maya Angelou wasn’t afraid to write about the murky parts of desire and life, because she was true to her poetry. She had many facets: civil rights activist, feminist, first black director in Hollywood, prolific writer, poet, singer.

She published seven memoirs, three essay compilations, reams of poetry, plays, movies, and television shows and was the recipient of dozens of awards and around 50 honorary degrees. Her childhood was as far away from ideal as one can imagine: sexual abuse, rape, prostitution. But all through it, she persisted to become the epitome of changing adversities into opportunities.

Her poetry mirrors her tendencies to stay conscious of her roots. She loves to look back at the past, gather all her lessons and live in vicarious, nostalgic melancholy. 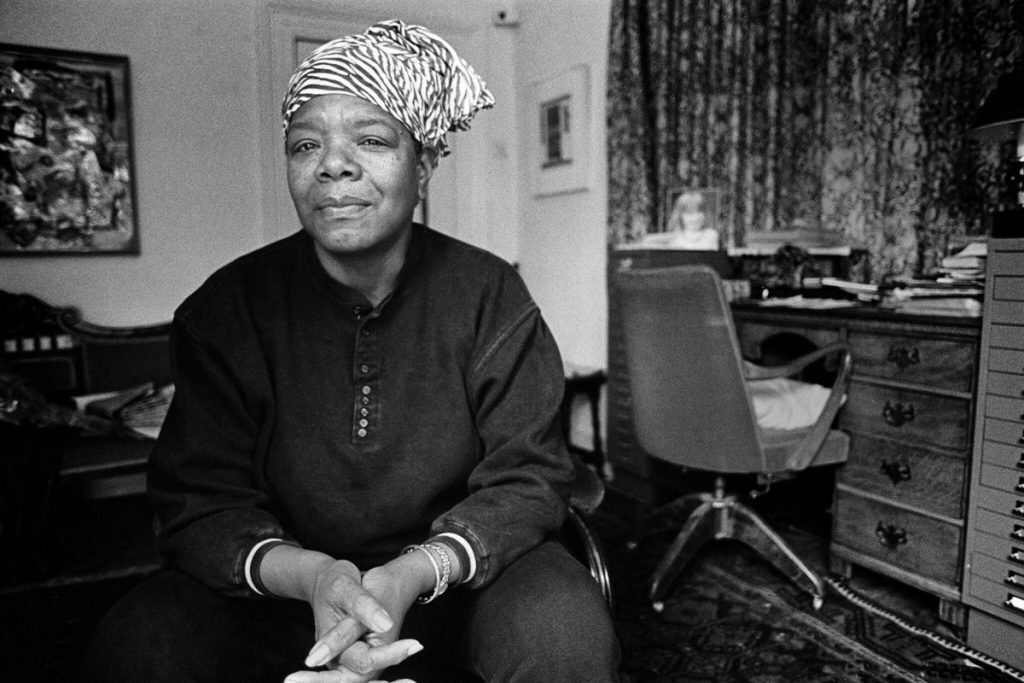 How I Can Lie To You

Now thread my voice
with lies
of lightness
force within
my mirror eyes
the cold disguise
of sad and wise
decisions.

Angelou once said in an interview,

I wrote about my experiences because I thought too many people tell young folks, ‘I never did anything wrong. Who, Moi?’ – never I. I have no skeletons in my closet. In fact, I have no closet.

Indeed, she keeps no restraint on her poetry. She was also a striking performer of her own poetry too. She was even invited to deliver a poem for Bill Clinton’s presidential inauguration in Washington in January 1993. 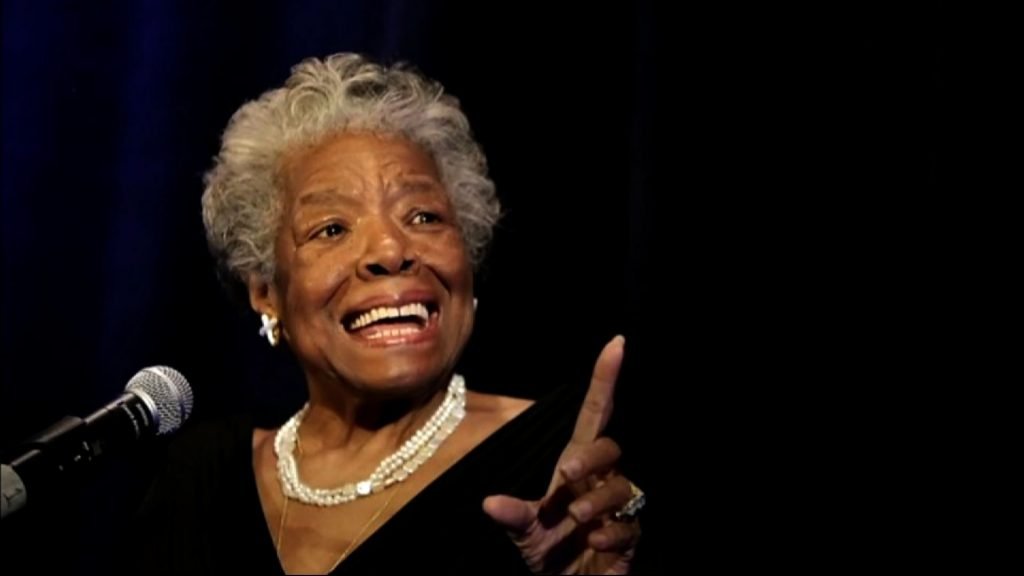 I couldn’t tell fact from fiction
or if my dream was true,
The only sure prediction
in this whole world was you.
I’d touched your features inchly
heard love and dared the cost.
The scented spiel reeled me unreal
and found my senses lost.

She is survived by her son Guy, but more importantly by the sheer professional success across movies, plays, memoirs, poems and incredible the volume of it. People often end up talking about her Emmy nomination, or the volumes of memoirs she authored, even her contribution to the civil rights dialogue.

More often than not, this means that people are so occupied by her credentials that they don’t read the poetry detached from it. Her poetry is just as vivid. She basks in her sadness as often as she makes a quick quip, or lets the past overwhelm her.

Here is one piece that keeps the wit quotient floating through to the end, when she incorrigibly lets the ‘past’ take over. 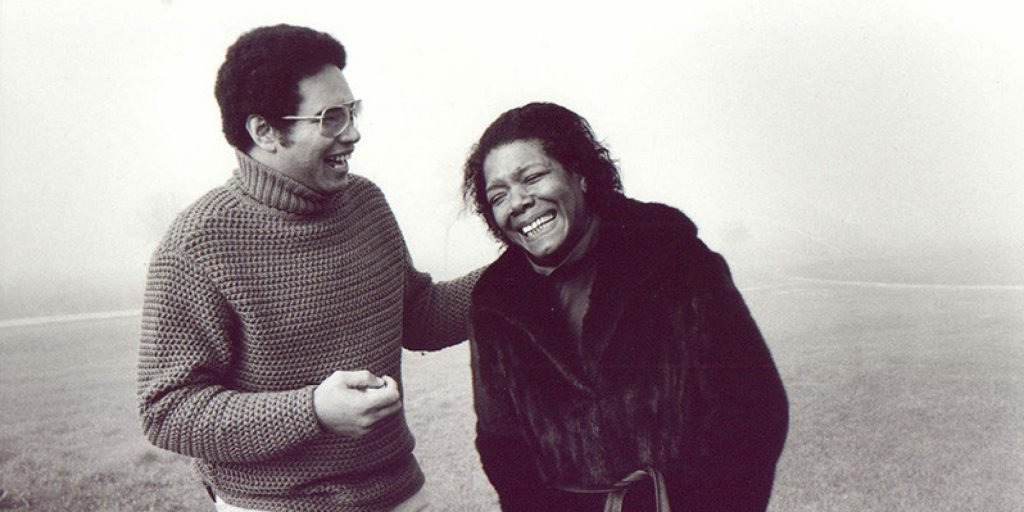 How often must we
butt to head
Mind to ass
flank to nuts
cock to elbow
hip to toe
soul to shoulder
confront ourselves
in our past.

There’s no greater agony than bearing an untold story inside of you. These words are very famously attributed to her. People love quoting her. It seems like a validation for all the vulnerability of sharing that plagues us today. She may have departed in 2014, but she left us the gift of her great legacy.

There is an unashamed vulnerability in her expression. She embraces the idea of love and longing, and in doing so, leaves a great message for this generation, one that is so scared of love: it is worth the pain. 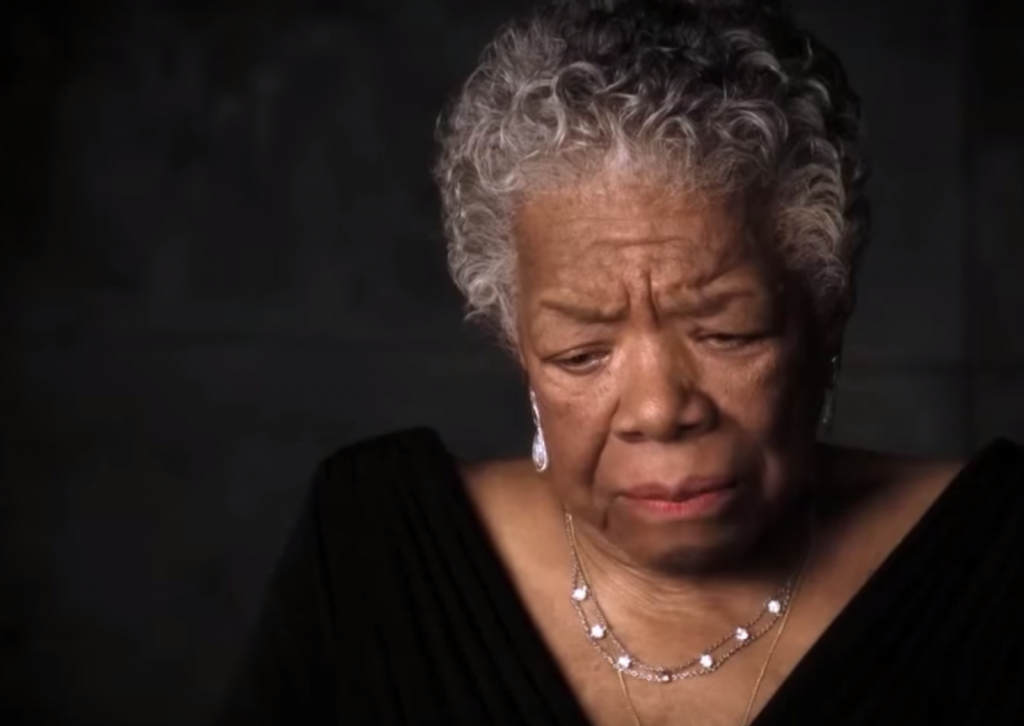 Last year changed its seasons
subtly, stripped its sultry winds
for reds of dying leaves, let
gelid drips of winter ice melt onto a
warming earth and urged the dormant
bulbs to brave the
pain of Spring

We, loving, above the whim of time,
did not notice.
Alone. I remember now.

One may easily mistake her lens to be one of sorrow. It is anything but. She makes even solitude celebratory, and accepts the past as a lesson.

Remember her as whichever version you like the best, on the day of what would have been her 90th birthday. Because some people always deserve an ode, not an obituary.