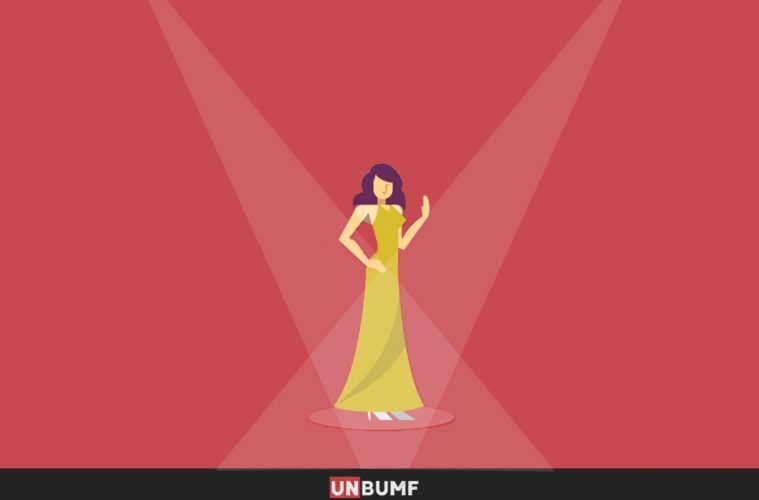 A thing of beauty is truly a joy forever. However, there are certain things that provide a joy that is much greater, and much more deep rooted. Like a well made cup of chai, or finishing a good book. Similar is the case with good movies- many have good stories, most have good actors- and a rare few have both. In this list, we bring you certain performances by female actors in Bollywood movies over a wide number of years. However, each one is special in its own way-

If you have seen the recently released Andhadun, you know exactly what we mean. The fact that the lady is a stellar actor is something that needs no validation. Whether it be as Lady Macbeth in the Vishal Bhardwaj adaptation in Maqbool, or as the police officer trying to find her son in Drishyam, she has given one stellar performance after another. We first noticed her performance as “Veeran” in Maachis, followed by movies like Chandni Bar and Astitva, and have been continuously blown apart by her performances ever since.

However, one performance given by Tabu that shook us to the core was as Ghazala in Haider [an adaptation of the Shakespearean play, Hamlet.] The character of Gertrude (Hamlet’s mother, who later marries her husband’s younger brother and killer) was pivotal to the story. While Shahid Kapoor was definitely the show stealer as the lead in the movie, one could not help but applaud the performance put forth by Tabu, especially in the scenes with Shahid. 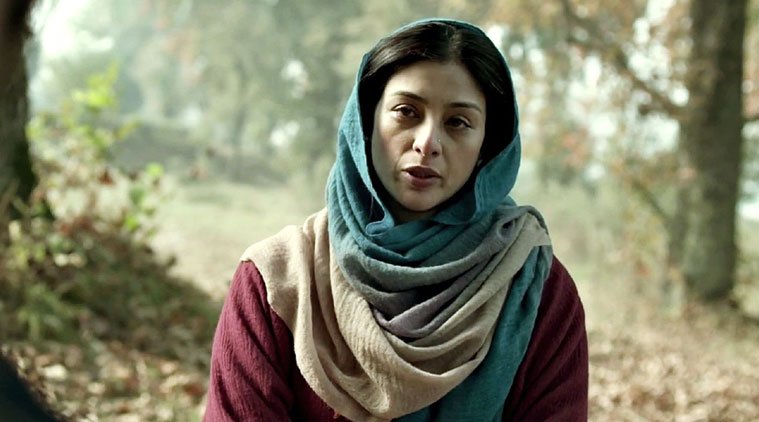 If one was to plot a graph of this young actor’s growth vis a vis her acting capabilities, it would surely be a slope at a forty- five degree angle. When we saw her strutting about in miniskirts in Karan Johar’s Student of the Year, we dismissed her as another star kid whose acting quotient was in single digits. Seeing her performance in Highway, where she gave tough competition to a natural actor like Randeep Hooda, however, made us realise that there was definitely more to her than just a pretty face. By the time we saw her alongside King Khan in Dear Zindagi, the actor had established herself as force to be reckoned with.

And then, came Raazi. With her Kashmiri accent on point, Alia Bhatt went on to play with precision, the role of the fragile 20 year old girl who decides to become a spy for her country. Her portrayal of the journey of Sehmat, from a college going girl who cant bear to see a squirrel injured to a ruthless spy who unhesitatingly murders anyone in her path, was par excellence. 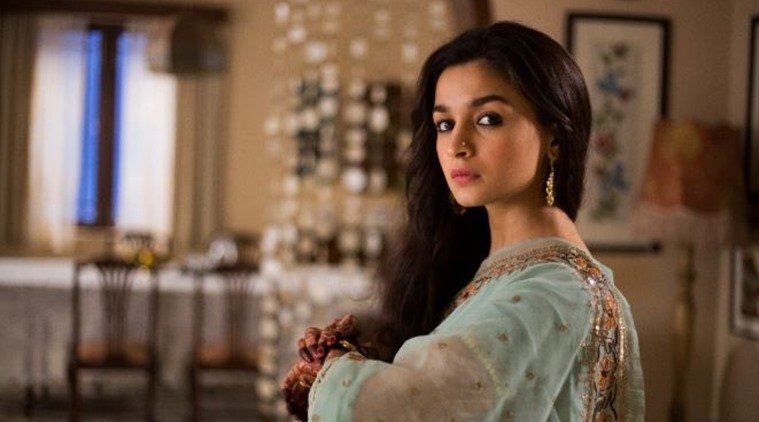 Need we explain this one? Time and again, the future Mrs. Jonas has proved her mettle when it comes to acting, and not just in Bollywood. The star has become a darling of the press worldwide, thanks to her role as Alex Parish in Quantico. However, there are two of her performances that shall always remain unparalled.

The first, of course, being that of Susanna in Saat Khoon Maaf, the movie based on Ruskin Bond’s short story, “ Sussanna’s Seven Husbands”. In a movie where she easily overshadowed many seasoned actors who were cast opposite her, Priyanka Chopra proved that there was no one with a range of expressions as versatile.

The second, and our personal favourite, was her role of Kashibai in Baajirao Mastani where she played Ranveer Singh’s wife. Her Marathi accent, replete with the flawless expressions left no stone unturned. After all, it is seldom that so,eone is able to emote so beautifully in saying so little, as she did when she said “ aap humse hamari zindagi maang lete hum aapko khushi khushi dedete. Magar aapne toh humse hamara ghuroor cheen liya.” 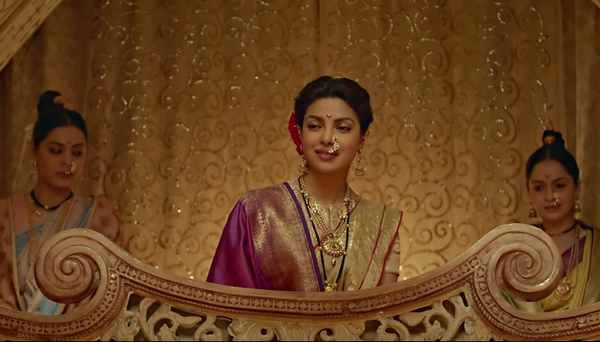 This doe eyed beauty was first seen on the silver screen in Parineeta opposite Saif Ali Khan and Sanjay Dutt. However, she soon went on to prove that in her movies, she wasn’t willing to play second to anyone. While Akshay Kumar might have provided the comic timing in Bhool Bhulaiyya, it was Vidya’s performance as Monjolika that became synonymous with the movie. We loved her expecially in Paa.

Balan’s acting skills were, however put to a real test when it was time for her to play South Indian Actress, Silk Smitha. There are very few people who can match the screen presence of a stalwart like Naseeruddin Shah, and Blan proved herself to be a part of that league. She then went on to amaze us with performances like Kahani and Tumhari Sulu. 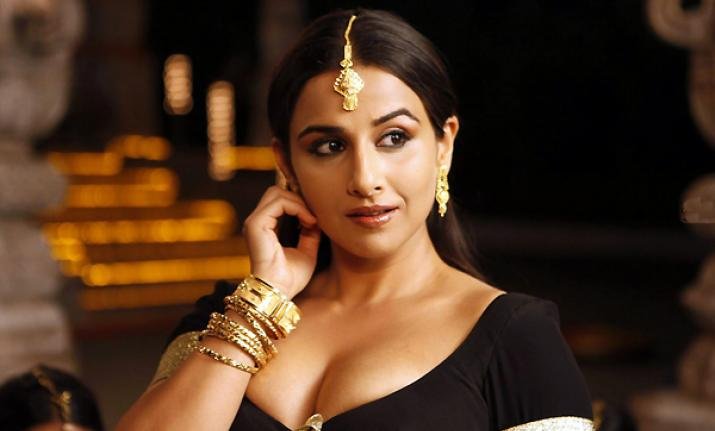 She was last seen as Abhishek Bacchan’s grandmother in Dilli 6, elegantly dancing in the song “Genda Phool”. Her pairing along with Guru Dutt gave us many masterpieces of the cinematic world- from the quiet and sad, Pyaasa to the blockbuster hit, Saheb Biwi and Ghulam. Her scenes alongside Raj Kapoor in Teesri Kasam showed an acting acumen that was much before its time. While many tried to recreate her air of quiet elegance and intense emotions, they seldom succeeded. Difficult as it may be to narrow down our favourite amongst all her performances, for us, it would have to be her acting in Guide alongside Dev Anand.

Based on a novel of the same name written by R. K. Narayan, Waheeda Rehman played the role of Rosie, and actress/ dancer who falls in love with a tourist guide. S.D. Burman’s “aaj phir jeene ki tamnna hai” might not have been the song that it was, had it been picturised on any other actress. 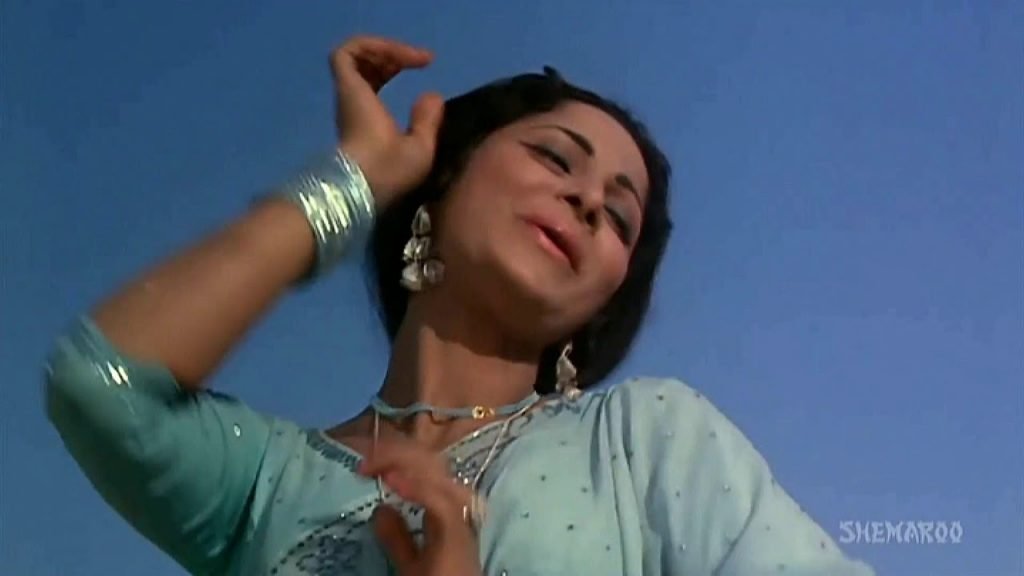 The world knows her as Basanti in Sholay, and we don’t blame them one bit. “Yun ki, ghoda agar hhaans se dosti karega, toh khayega kya?” From her role in Dreamgirl to Charas and Satte pe Satta, Hema Malini managed to infuse each role that she did with her own brand of cheerfulness that was delighting.

Our favourite, of course, is the movie that has not one, but two Hema Malanis. Playing the role of two identical twins separated at birth, Hema Malani was brilliant as the shy Seeta, an orphan burdened by the cruelty of her Aunt in one role, and the undaunted Geeta, a street smart village belle ready to take on the world. 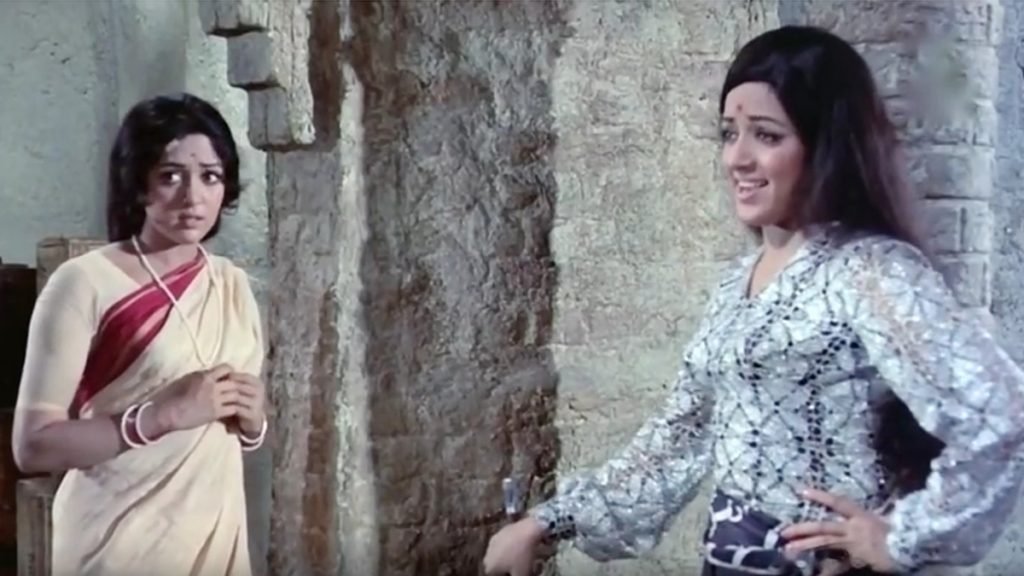 She made her debut into Bollywood with “Raja ki aayegi baarat”, but the first time we noticed her was when she played Tina in Karan Johar’s Kuch Kuch Hota Hai and sang “Om Jai Jagdeesh Hare”. As Shah Rukh Khan’s lawyer in Veer Zaara, Mukherjee showed us that she could act, and act well. And them, Black happened. To be able to command the attention of the viewer in a frame where a power house actor like Amitabh Bacchan is present is in itself quite a task . In Black, Rani Mukherjee not only did the same to perfection, but actually managed to overshadow senior Bacchan in a few of the scenes.

Cut to the more recent years, and like good wine, her acting has only become better with age. Her portrayal of the honest and uncompromising police officer in Mardaani filled each one f us with a kind of inexplicable pride. 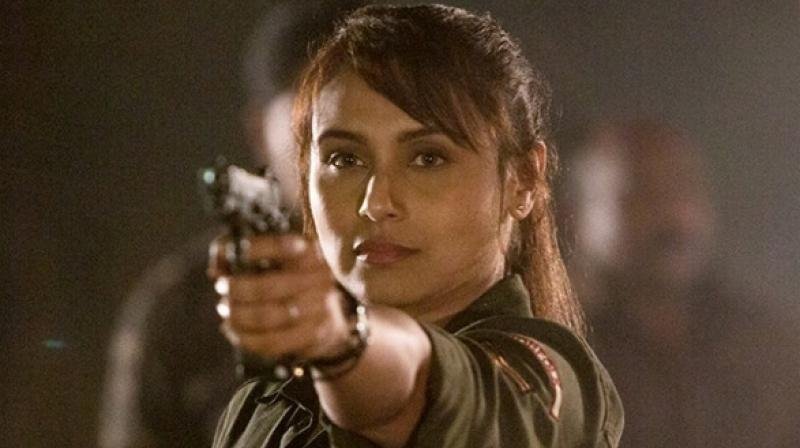 Thanks to Sanjay Dutt’s biopic, we had one more opportunity to reminisce this wonderful actor. Best known for her performance in the lead role in Mother India, Nargis was known for the boldness of her expressions (bollywood is blessed). Her pairing with Raj Kapoor was said to be legendary, a fact that was visible in “Awaara”. The two later went on to give many hits like Shree 420, Bewafa and Chori Chori.

However, our personal favourite is her role in the movie Raat aur Din, one that was much ahead of its time. Nargis plays the role of Varuna, a woman suffering from dissociative personality disorder. Ever the dutiful wife during the day, Varuna goes out to nightclubs in Calcutta at night, drinks, dances, and calls herself “Peggy”. One of the earliest psychological thrillers of Bollywood, the movie is a must watch, majorly due to the enchanting performance given by Nargis. 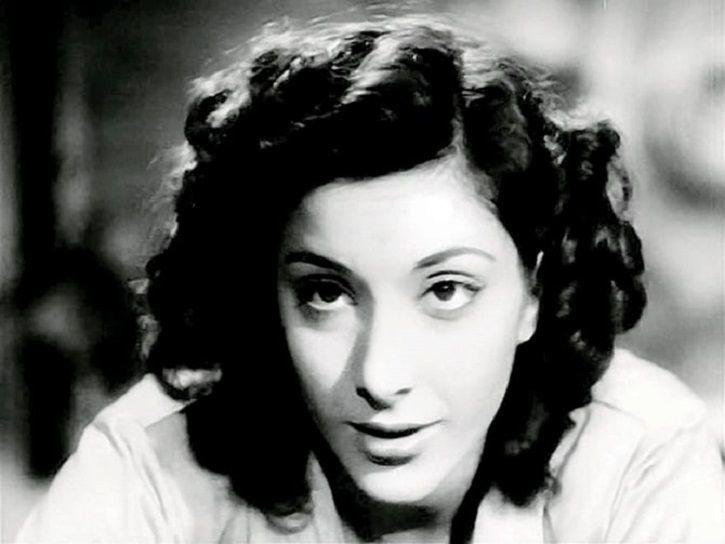 While we do realise that there might be a lot of names that we must have missed in our compilation, we assure you that each one of these is one that would make you sit up in amazement.