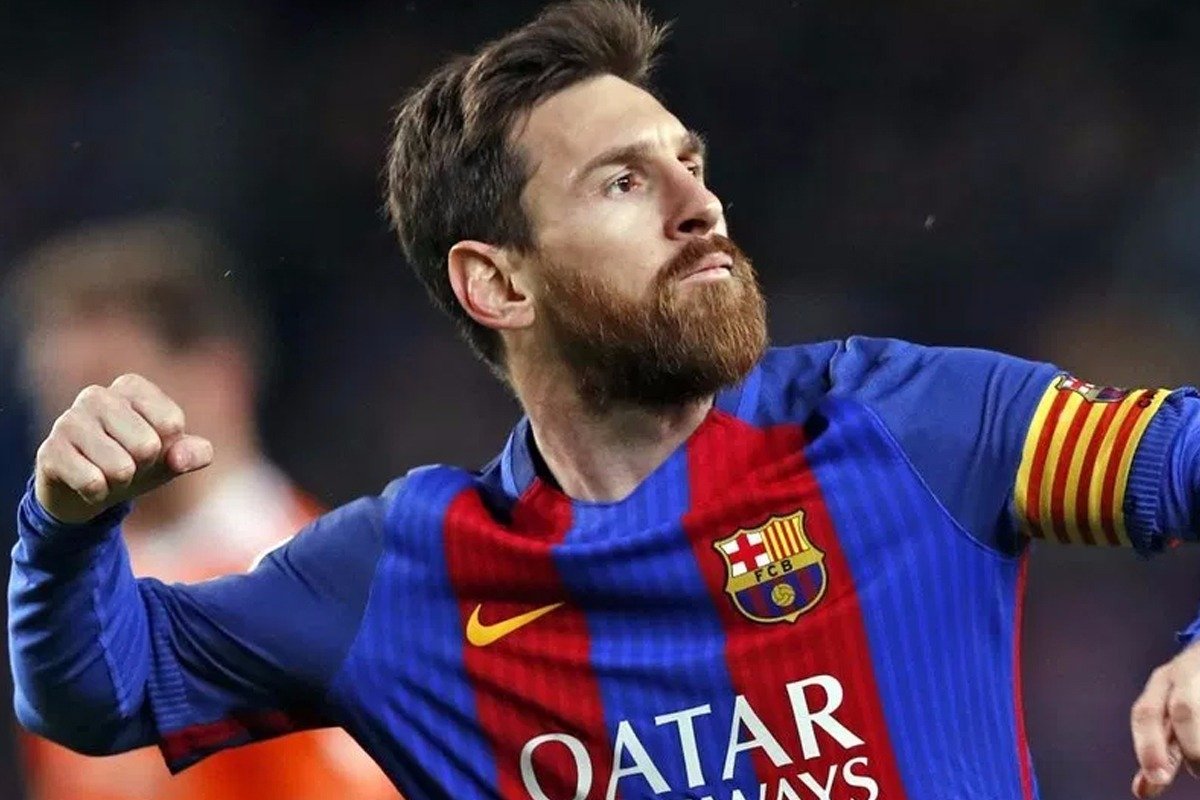 And Suddenly It Is Time For New Beginnings – Lionel Messi

Back in 2013/14 footballing season, a new term had been making the rounds in the footballing world. They called it Messidependence, referred to the over dependence of a team on one particular player. The team being Barcelona, the player being Lionel Messi.

It’s no fact that Messi and Barcelona were a dream pairing. Since making his debut in 2004, Messi has been churning out records and Barcelona winning trophies. After almost 13 years of togetherness, Messi stands deserted. Not that the club is rewarding him with anything less than the best wage package in the world. Nor is the support of the fans any less. But the legend is 30 now and the baton to lead Barcelona had to be passed on to someone else. Sadly though that someone else is no more a part of the Blaugrana camp. Messi once again has to lead the club all alone with the lethargic support of Luis Suarez. But unfortunately Messi needs more and so does the club. 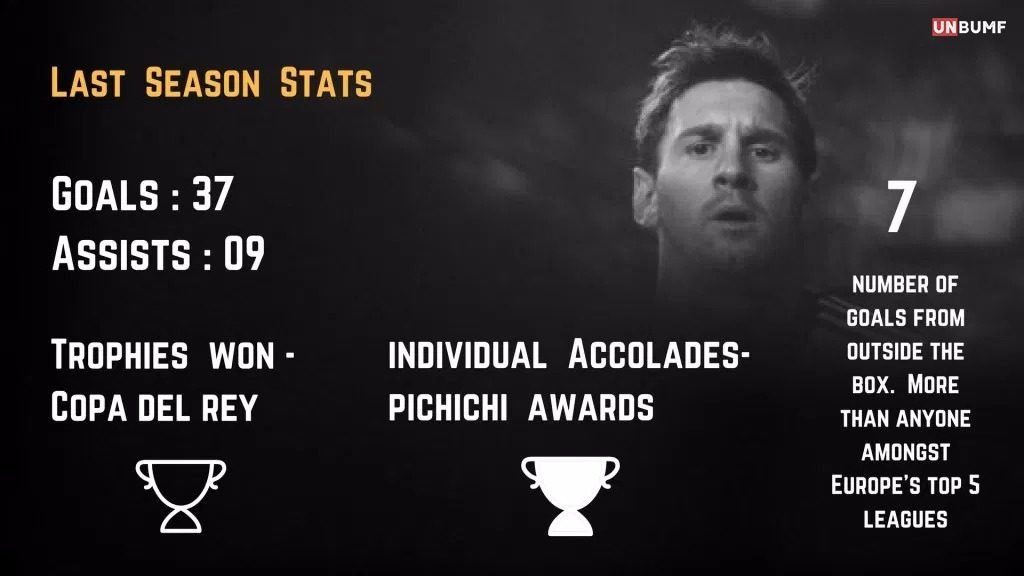 The 2017/18 season has started on a sore note for Lionel Messi. Barcelona were dominated by Real Madrid in the SuperCup (5-1). From here on Barcelona Board need to bolster their first team by cashing in on the International stars like Philippe Coutinho and Ousmane Dembele not by initiating personal propagandas like Paulinho.

Here’s a look at a few professional skills that Messi could add to his attributes : 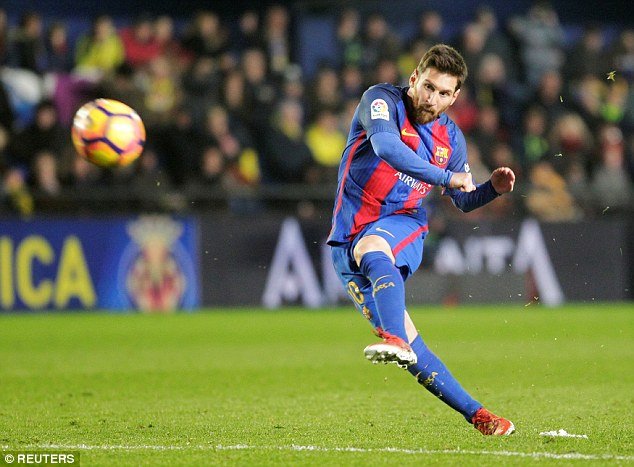 Messi needs more strength from the midfielders to encapsulate his free runs or maybe a world class attacker to support from midfield. The original plan of waning into the role of an attacking midfielder is also a delayed plan until Barca are able to hire a hitman upfront. But if in future Barcelona does get one, Messi then should emphasize more on playmaking. Andrea Pirlo, Ryan Giggs, Steven Gerrard and Frank Lampard can be some of the inspirations. Messi has a perfect vision for providing assists, sometimes even matching the consistency of Barca’s own midfield maestro Xavi. Understandably then he could replace Andres Iniesta, the other midfield legend who is reaching the twilight years of his career. 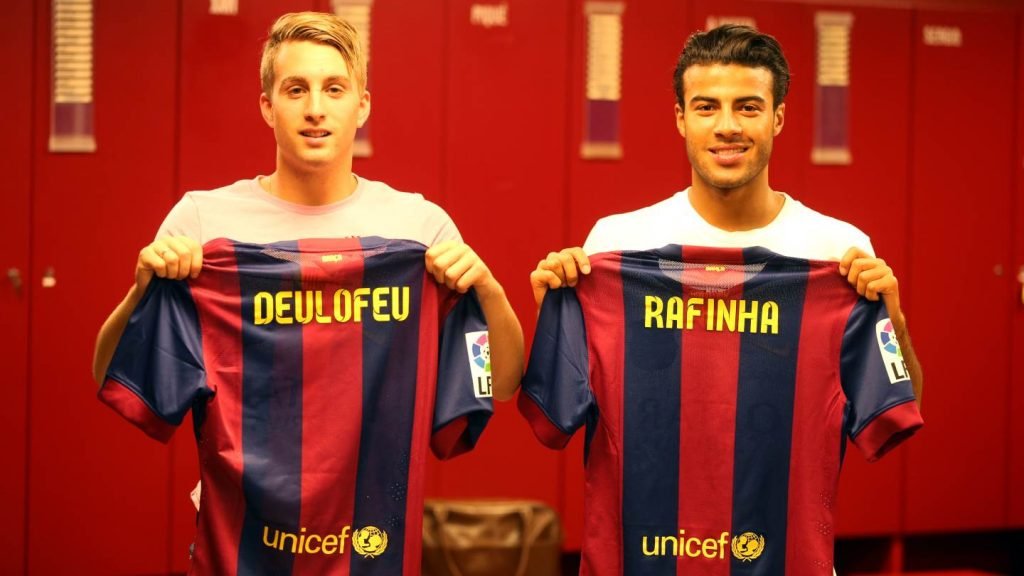 Lionel Messi understands his importance at Barcelona. He also understands the fact that LaMasia is not churning out reasonable talent neither the young starlets of previous signings have been able to impress. Neymar is gone and Messi should come to terms with reality that the hunt for his natural replacement has to begin again from scratch. Barca does have potential in Deulofeu and this season will be his first test. It would be even better though if Dembele, Dybala or Coutinho comes to Camp Nou. A proven star is always good. Messi though has to help Barca scout and mentor these naïve talents to forge a better future for the Blaugranes.

The greatest player in the world has to pass on his principles to the best of the batch. Loyalty has to be an important lesson. Messi will also have to support the new coach Ernesto Valverde in understanding the dynamics of Barcelona along with nurturing the talented individuals.

Keep faith in the transition phase 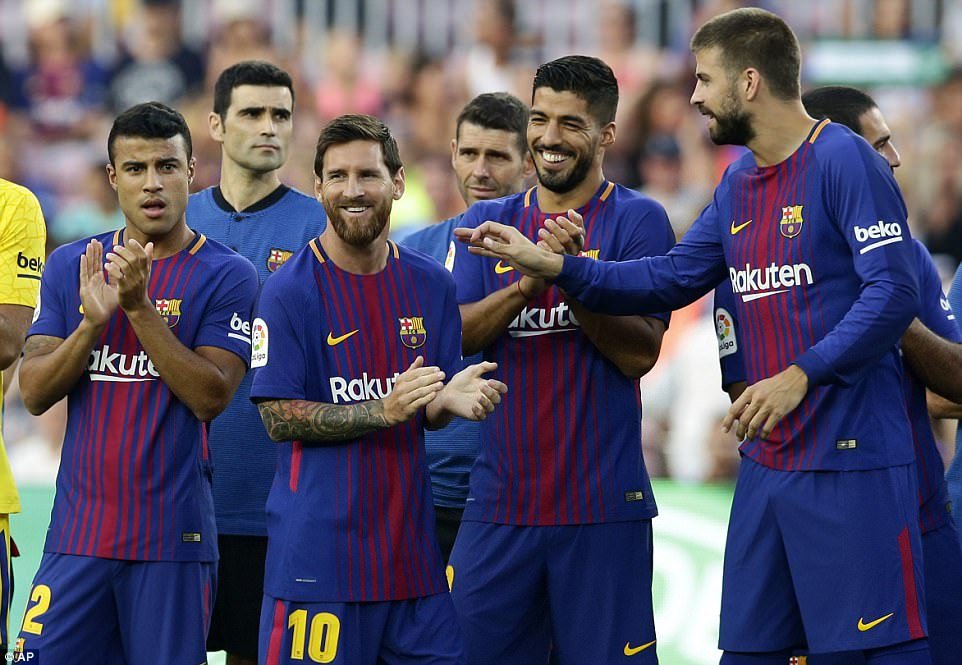 Barcelona are struggling but they should be confident enough to accept that this is a transition phase. In a recent interview Pique commented –

“In the nine years I’ve been [at Barca], it’s the first time I feel inferior to Madrid,”

Messi though should play more cautiously and maturely and keep faith in himself and the team,instead of being intimidated and jealous from other team’s success. A mediocre start to the season is not always an indication for a bad future. Real Madrid have been proving this the since the last couple of seasons. Barcelona does have immense skill and talent in some of the young players like Samuel Umtiti, Deulofeu, Dennis Suarez and Rafinha. Unlike last season when Neymar was holding the baton in the second half of the season, this season Messi along with Suarez would have to lead from the front right away.

Last season Messi won his fourth Pichichi award after scoring 37 goals in the process. But although his compatriots tasted professional success with Ronaldo winning the Champion’s League and Neymar agreeing to a world record deal, Messi on the other hand only got married. Yes once again his achievements, have been registered first however personal but professionally LaPulga is struggling. But then again we are talking about the best the player on the planet. The player who scores 5 goals in Champion’s league match, the player who leads the Ballon d’Or title race, the player who scores the maximum number of goals in a single season(73). Messi is a living legend. He might be struggling but he will always choose to dribble 4 defenders instead of going for a simple tap-in. Messi doesn’t need to bounce back because Messiah’s lead a cause, it’s the world that understands it later.