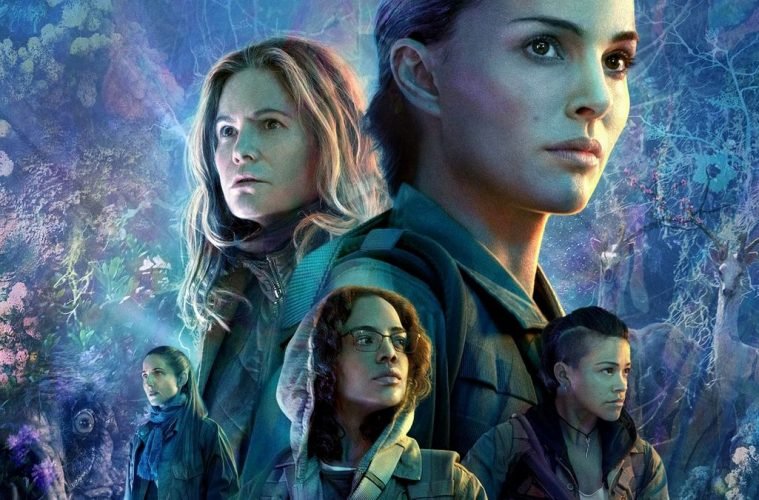 At the beginning of the film Annihilation, which was released on Netflix on March 12th, Natalie Portman’s character talks about cell division. She teaches students how cells divide from one into two and so on. It isn’t really a leap to discern that what she speaks of is nothing but life itself. It all began from a single cell that kept dividing and dividing until multi celled organisms were formed. Billions of years and quintillions of cells later, the world that we see today came to be.

However, the film without even saying it, also addresses the elephant in the room. The question of all questions.

Where did that first cell come from?

A Sci-Fi with substance

This is what good science fiction should be about. Not merely pomp and show and glamorous visuals with no substance. Annihilation deals with all that with deeper meaning or subtext. Or simple mediation on the questions that we all ask but never truly say out loud.

Of course, far be it for me to decide what a science fiction film should or should not be about, but the potential it presents is something that is found in precious other genres of art.

Themes like these have been the subject of some of the greatest science fiction films of all time. Whether Alex Garland’s Annihilation belongs to that hall of fame may become a point of debate for many, including myself. However, it is a film that pushes the boundaries of what a film can achieve even further; despite its few but significant flaws. 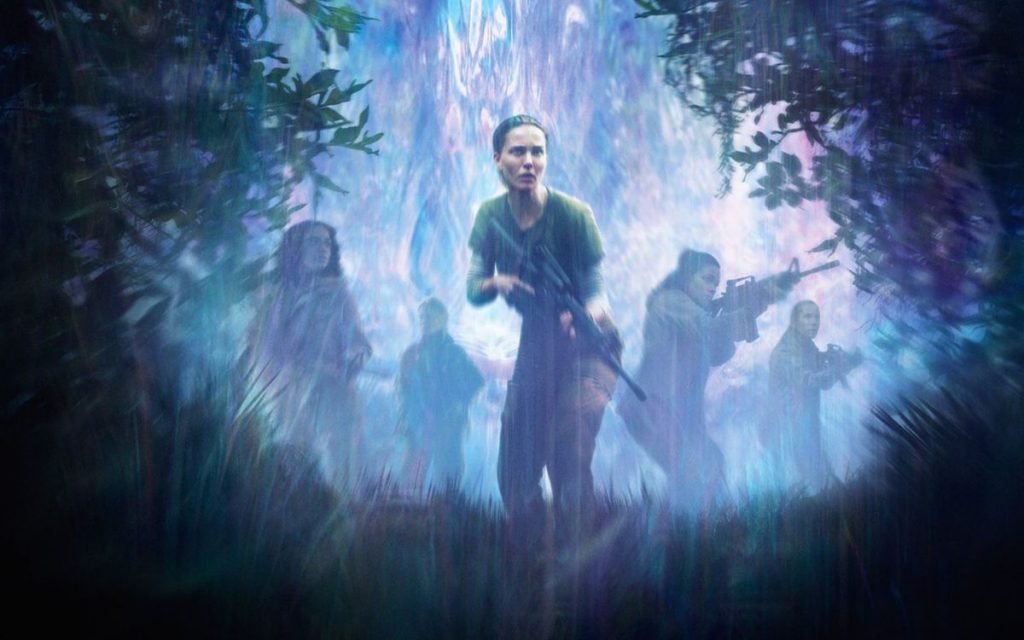 Visually speaking the film is breath taking. The images of a lush green environment with mutated flowers and growth will remain with your for a long time. There are small little frames wherein the sun is filtered through the Shimmer and then the leaves and the end result is a batch of colours that ‘dance’ across our eyes, if only for a second. It is almost like watching the sun while underwater.

The Shimmer itself looks dazzlingly beautiful. A tempest of colours that moves almost in a liquid fashion, always changing and causing a unique effect on the film’s cinematography. Even scenes of dialogue are shot with artistic perfection. The lighting and imagery changing with everything that happens to Portman’s character, around which the movie revolves is sheer beauty.

Splendid performance by the entire cast

The performances aren’t far behind either. Natalie Portman is as magnificent and restrained as ever. She is supported more than ably by a supremely talented supporting cast. Out of all the characters accompanying her, it was Tessa Thompson and Jennifer Jason-Leigh’s performances that truly added a lot to the film.

Oscar Isaac gives in a good turn as well but his screen time is too limited. Ultimately, one cannot help but come back to Portman’s performance which is so nuanced in nature that it is almost too enticing not to talk at length about it. This reviewer, of course, must resist that temptation.

Her performance is accentuated by the way Garland chooses to direct her and the film itself. Placing her at the centre of all proceedings, one almost feels like we are seeing it from her perspective. There are techniques at play here, of course. Especially how Portman’s character is framed in all scenes she is in. 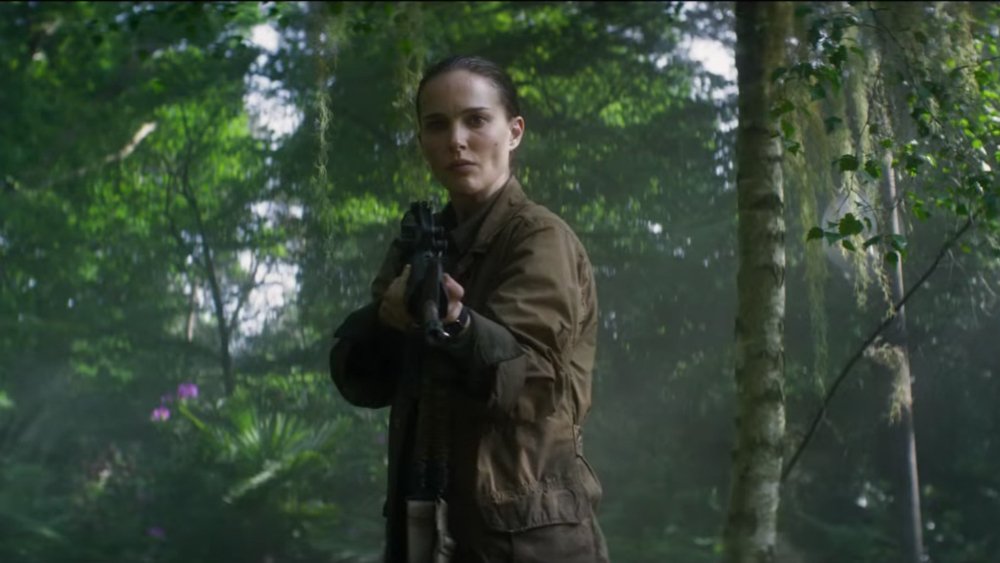 There are many times when we as viewers, can actually feel the emotional and psychological walls that she places around herself. It is really a marvel to watch that unfold on screen. Garland’s direction is mostly flawless, especially towards the last half hour of the film, which is probably going to be the subject of a lot of analyses in the coming months. It is one those scenes that are debated for years to come and find advocators in many but naysayers in an equal number.

Another thing that seems like a very debatable choice is the structure of the story. The structure, which reveals early on which character lives in the film and which dies later on. It is frustrating to know that beforehand and robs the film of a lot of story potential. Right from the first scene we have names of people who will surely die or disappear and all that remains is putting a face to them. It is not something that takes a lot from the film but could have added a level of tension.

Decisions like these make the film less accessible in nature. However, it is a matter of opinion as to whether that’s a bad thing or good. As far as general appeal is concerned, a lack of accessibility may be construed as hurting a film’s chances. It is probably why the studio didn’t have a lot of faith to release the film in theatres worldwide. My gratitude to Scott Rudin, who had say over final cut, and decided to release the film without reshoots or changes, even if most of us will never get to experience it in theatres.

There is no question as to the quality of the film and more than that, the themes it discusses. Identity, existentialism, evolution, change and creation are all the things it talks about and it may take more than one viewing to truly let each and every facet of Garland’s work sink in. It doesn’t hurt that never once does the film meander into the meaningless or inconsequential, as such films can often do. As to how meaningfully aforementioned themes are discussed, it would probably take another article to truly get into that.

Annihilation is a fine film, probably the finest of this year so far.

It is a thought provoking, visually arresting and a very intelligently made film. Alex Garland displays that he truly understands what he is doing and it is more than evident in the finished product. Add to that some marvellous performances and beautiful imagery. And you have a film that could arguably be called a masterpiece.

Whether you agree with that or not, this film deserves to be experienced. More than once, if necessary.