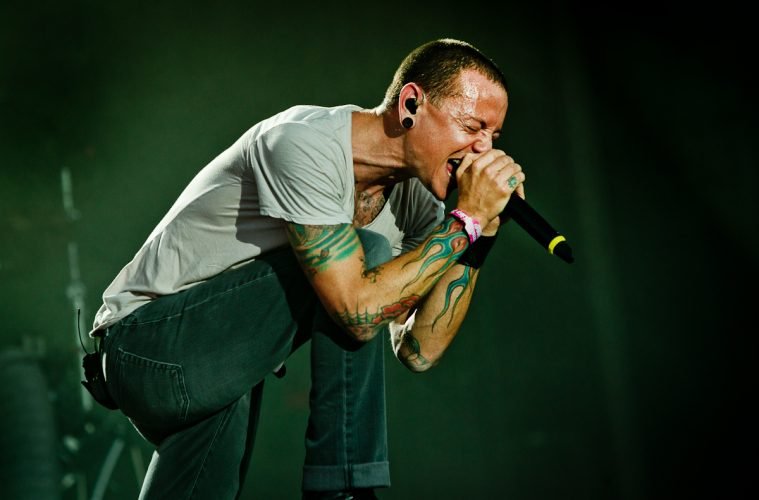 Another Light Of Music World Flickers And Dies Down: RIP Chester Bennington

Ozzy Osbourne once sang, “You Can’t Kill Rock n’ Roll”; well, it sure can die, and that is just what has been happening of late.

If 2016 wasn’t kind with Glenn Frey and David Bowie passing away, 2017 has been worse. The news about Chris’ death wasn’t even cold yet, as another atrocity befell the world of Rock n’ Roll.

Chester Bennington, (you know him from his years Linkin’ Park) passed away on July 20, 2017. He was found hanging at his residence in Los Angeles shortly before 9:00 a.m. (L.A. time) on Thursday. Incidentally, July 20th, was also the day Chris Cornell was born, who Chester was very close to.

If the name Chester Bennington doesn’t ring a bell, then to you he was the guy screaming his guts out in the video of Linkin Park’s “In the End”. For the longest part of his career, Chester was known as the lead singer for the neo-metal band Linkin Park, but that wasn’t all. He was also the front man for rock acts Dead by Sunrise, Bucket of Weenies and also fronted Stone Temple Pilots for a short period.

A singer, song-writer Chester Bennington rose to fame as the lead singer for the Nu-Metal band Linkin Park. His lyrics were usually directed at his own struggles in life and dealt with themes of death, insecurity, drug and alcohol abuse, all stemming from his own experiences.

Chester’s band Linkin Park brought along a new wave of rock in the early 2000s. Their style of music and his lyrics together transformed into a sure shot mainstream success. The audience went ga ga for their style of music evident by the fact that “Hybrid Theory” was certified Diamond by the RIAA.  Across high schools and engineering colleges in India, Chester Bennington and Mike Shinoda became names synonymous with the word ‘Rock’. Every conversation about rock music at some point has had the mention of Linkin Park. God is my witness when I say; there has not been a fest at any college in India where his songs have not been sung or played; such was the level of success and fame Linkin Park achieved under him.

Like I have said before, death is inevitable and we must learn to deal with. It is harsh and it is true, much like rock itself. After today his song “In the End” and the name “Dead by Sunrise” would make more sense to his fans.

Here are some of his songs to remember him by.

I remember having a sore throat for a week trying to bathroom sing this song.

Into you – Dead by Sunrise

I became Dead by Sunrise with this song, a true masterpiece. Truly showcases his vocal and song writing abilities.

As a rule of thumb, if somebody can cover Adele successfully, then he/she is a good singer.  This cover of Adele’s Rolling In The Deep, proves just that. His vocal prowess as a singer is plenty evident here.

In The End – Linkin Park

THE SONG. Perhaps one of the most played Linkin Park song ever. The cult song for all LP fans.

But in the end , it doesn’t even matter.

Chester Bennington you shall always be remembered.