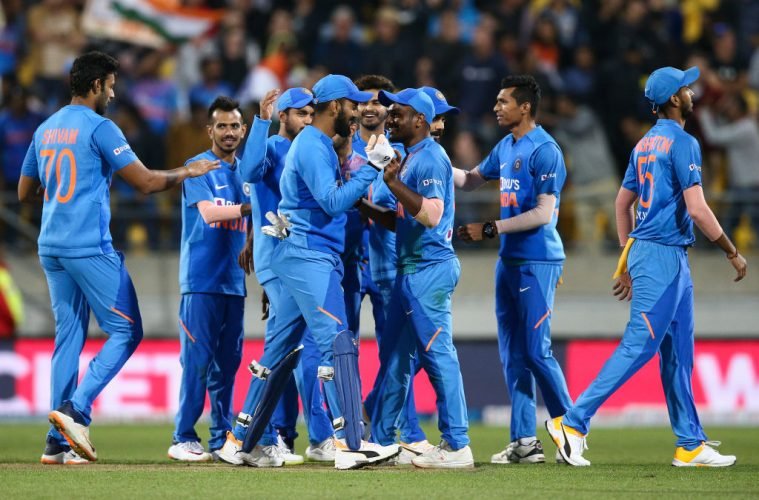 Another Super Over Win for India, Another Classic Choke From New Zealand

To everyone watching cricket for the first time this year. A Super Over is a rare occurrence in cricket and for it to happen in two consecutive games is quite unbelievable. Another spectacular T20I that went down the wire. Again, it was the Men in Blue who rose at the top. One can not help but feel dejected for the Black Caps. Losing from a position where 3 runs were needed off 5 balls or when 19 runs were required off 20 with seven wickets in hand. It will be very difficult for the young side to get over these close losses. 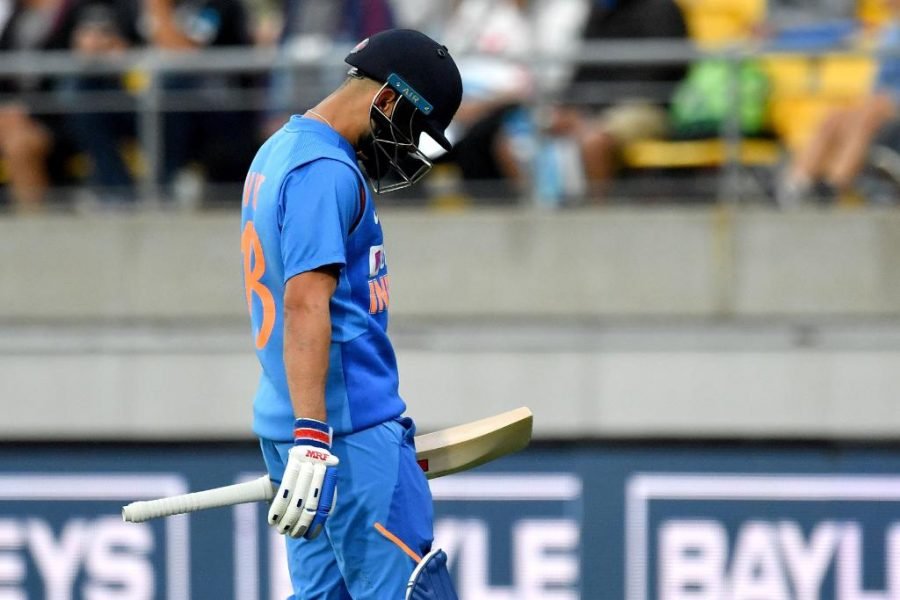 With the series already won, the Men in Blue brought in some changes into their playing XI. The heroes of the last match Rohit Sharma and Mohammed Shami were given rest alongside Ravindra Jadeja. As for the Black Caps, Kane Williamson missed out due to an injured shoulder. Sanju Samson who was brought in as a replacement walked out to open the innings with KL Rahul. In the second over, Samson invited Scott Kuggeleijn to the crease with a six. However, the bowler had the last laugh as he managed to get in a short ball and followed it up by taking his wicket.

On the other hand, Rahul continued his scintillating form in the shortest format. He took apart both Kuggeleijn and Mitchell Santner. With Virat Kohli at the crease, stand-in skipper Tim Southee decided to bring in Hamish Bennett. The Indian captain welcomed the bowler with two consecutive boundaries but a leading edge and Santner pulling off a splendid catch, cut short his stay at the crease. India were 50/2 after five overs. Kuggeleijn who went for 15 runs in his previous over bowled splendidly conceding just a single in the final powerplay over as New Zealand tried to apply the brakes.

KL Rahul completed 4000 runs in the Twenty20 format today.
He got there in only 117 innings to become the fastest Indian and the 4th quickest in the World. 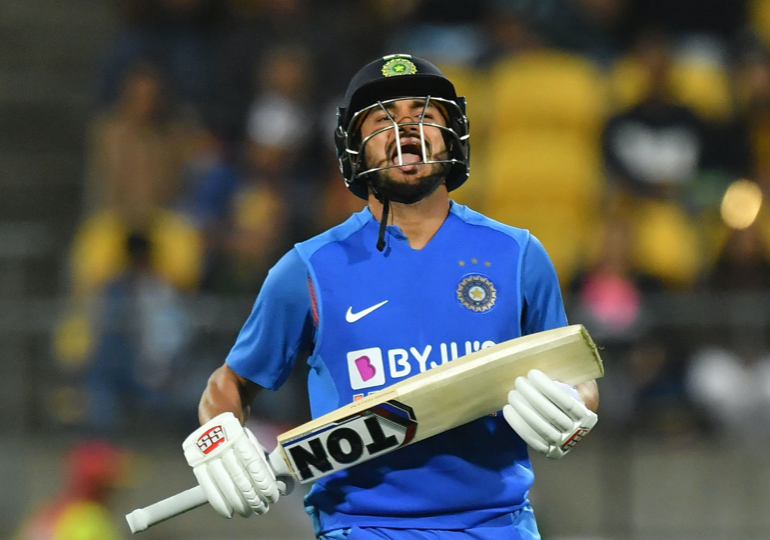 Ish Sodhi in his first over managed to get rid of Shreyas Iyer who was struggling at the middle. While KL Rahul continued to attack the New Zealand bowlers, Sodhi accounted for him. Rahul failed to clear deep mid-wicket and Santner who picked his third catch of the evening made no mistake. Both the spinners cashed in and continued to pick wickets as the next three overs oversaw India scoring just 10 runs and losing a couple of wickets. Sodhi finished with figures of 3/26 and also the pick amongst the bowlers.

With the score 88/6 after 12 overs and India in a huge spot of bother, Manish Pandey extended his stay at the crease. Batting at No.6, the 30-year old bought up a brilliant half-century. Shardul Thakur also provided good support as both tried to get the visitors into a better situation. Both added 43 runs from just 27 balls for the seventh wicket. Later, Navdeep Saini also displayed his mettle with the bat hitting a couple of boundaries in the penultimate over. India managed to put up a decent total of 165/8. 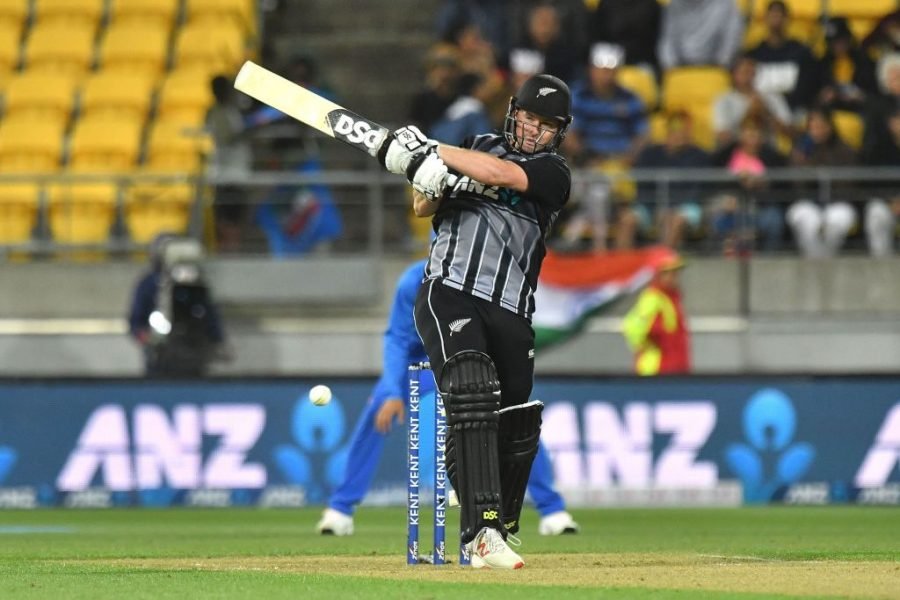 The Indian bowlers were off to a spectacular start. The pace trio of Shardul Thakur, Navdeep Saini and Jasprit Bumrah didn’t allow any easy runs. Guptill couldn’t resist and tried to go big only to find his top edge and the ball landing safely in the wicketkeeper’s gloves. The Black Caps were reduced to 23/1 after five overs That’s when Colin Munro launched himself against Shardul as he hit him for a maximum followed by consecutive boundaries.

Munro raced his way to a half-century as he threatened to take the game away from India. Tim Seifert was also on a roll as he too began his onslaught. Just when it seemed that India were struggling to get through, a brilliant direct hit from skipper Kohli resulted in the run-out of main man Munro. The Black Caps opener returned back to the dugout after scoring 64 (47) with six boundaries and three sixes. Yuzvendra Chahal too joined the party as he bowled Tom Bruce for a duck.

Indian bowlers working overtime to get Colin Munro back into form. Step aside Nice Guys New Zealand, our boys are the most generous. #NZvIND 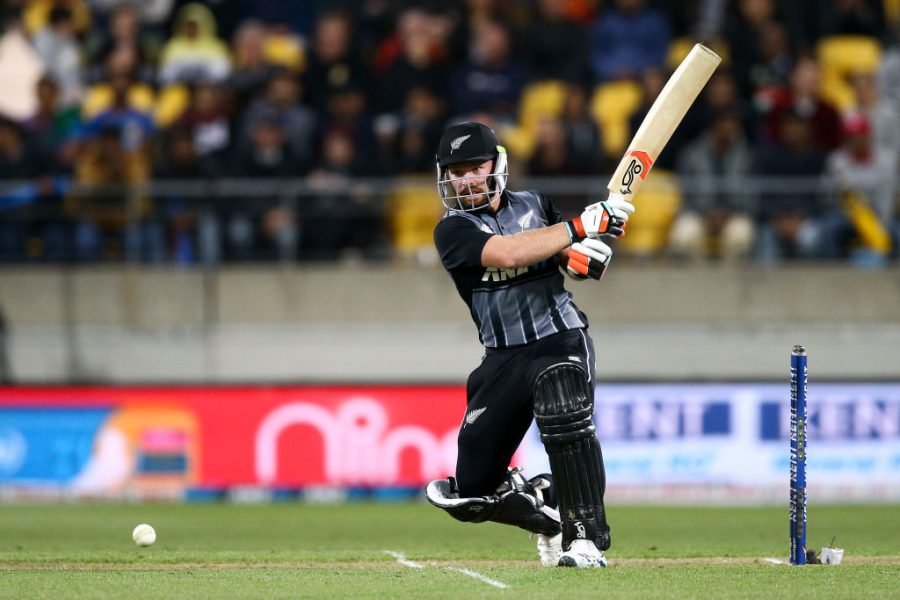 With 59 runs required off 37 balls, Seifert released the pressure with a six off Dube. He then went after Chahal in the next over as New Zealand got 17 runs from the over. The wicketkeeper batsman also got a reprieve when Bumrah dropped him at third man. With the required rate less than 8, India put up all their hopes on Bumrah who has time and again managed to get India out of tough situations. However the damage had already been done and both the batsmen at the crease, Seifert and Ross Taylor were looking absolutely comfortable. They combined for an 62-run partnership from 42 balls for the fourth wicket.

With 11 required off the last couple of overs, there was another twist in the tale. Saini bowled a wonderful penultimate over conceding just four. Shardul then had Taylor on the first ball as he tried to go for a big one. Seifert was then dismissed off the third ball trying to get on strike. With three required on 3, Shardul managed to keep his nerves on check as the match went to the Super Over for a second consecutive time. Oh dear, New Zealand!

#ViratKohli gobbling an apple in between Super Over gap time is some thing. #INDvNZ #NZvIND

Please schedule a Bilateral Super over series next time 😐 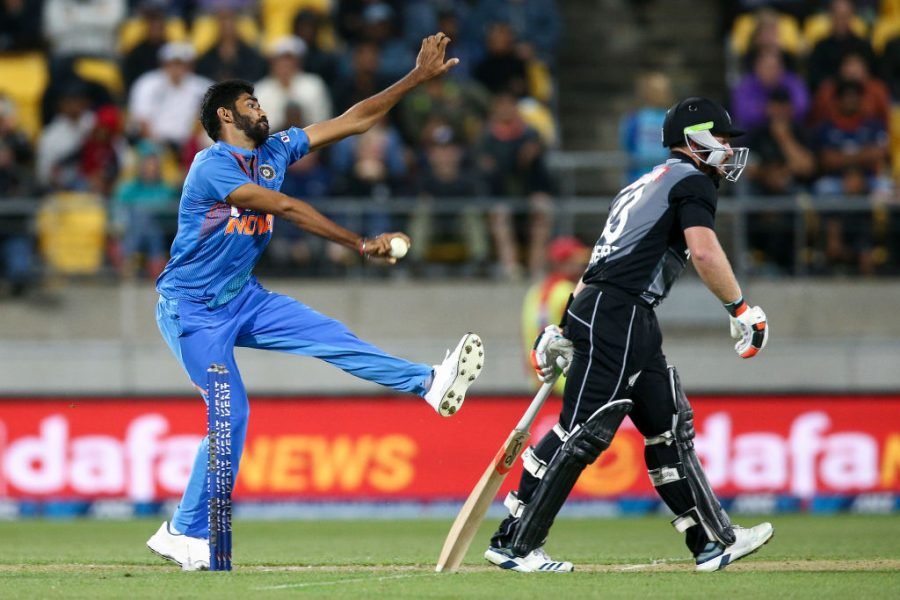 Here we go again. Another super over, this one in the absence of Rohit and Williamson. Bumrah who had an exceptional day with the ball again donned the responsibility. For the hosts, it was Seifert and Munro who walked out to bat. The drama continued to unfold as India dropped twice in the first three balls before Washington Sundar grabbed one on the fourth. Munro finished with a boundary and a single as New Zealand scored 13 runs in the Super Over.

As for India, KL Rahul began with a six and a four off the first two balls. Southee managed to get Rahul on the third ball to get India at the backfoot. A couple on the next ball followed by a boundary from the bat of the Indian skipper sealed the deal for India. Tim Southee failed in his Super Over task for the second time in a row.

@BLACKCAPS – the strongest fans out there surely with the amount of superovers they’ve had to endure!

Jab SuperOver mein result aana hai, why have the 20 overs 😀

One again what fight from India, not giving up when it was New Zealand’s game quite easily. So much to learn from and love about this Team India #NZvsInd pic.twitter.com/DTTPRVVcFr

Wow I’m in shock with what I’ve just witnessed for a number of reasons…..

With the series already done and dusted, India got a good wake-up call with regards to their unreliable middle-order. Iyer hasn’t got going much in the series while Dube has failed terribly with the bat. However, Manish Pandey’s effort in the end was quite noteworthy. As for New Zealand, they will be extremely disappointed, as it was their game to lose after being in such a strong positon. They will be looking to finish on a promising note in the final T20I at Mount Maunganui.

Find our other articles on the series review so far, here.