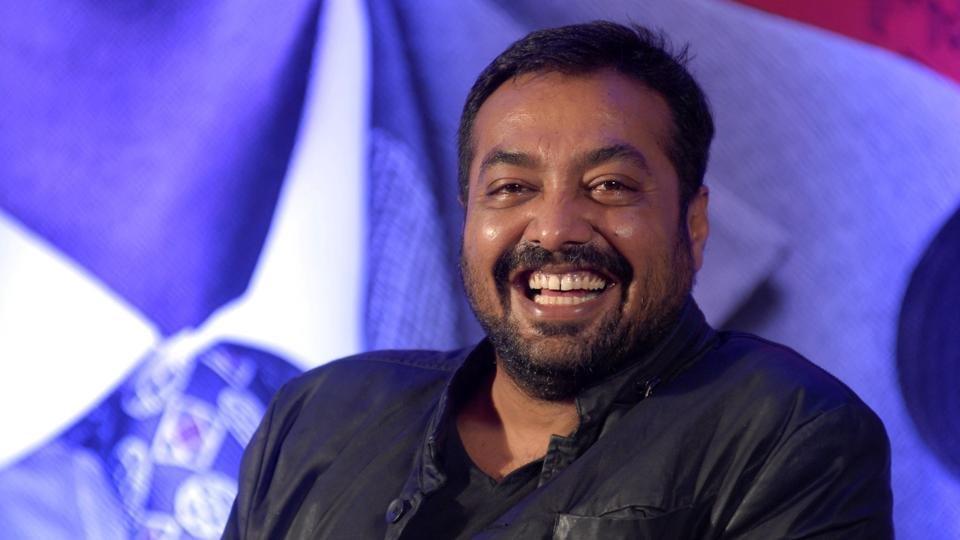 The state of Indian cinema is in distress. The freedom of expression which is the foundation of the movie industry has been subjected to extreme scrutiny over the past few years. The now ousted CBFC chairman made life hell for filmmakers to show the realities of society on the big screen. The flag-bearer of the dark and gritty, projecting harsh truths on the big screen is one Anurag Kashyap. His name is associated with powerful movies like Masaan, Black Friday, Gangs of Wasseypur, Ugly, Gulaal to name a few. As he celebrates his 45th revolution around the sun, we take a quick look at what made the man he is today – a name to reckon with, to take note of what he has to say.

Anurag Kashyap, graduated in a subject that was far from what his current career is. As a youngster, he dreamed of becoming a scientist. As a result, he graduated in Zoology from Hans Raj College, Delhi University. He admits to being a smart kid, having learnt biology with not much effort during his school days. He cleared NIFT exam chasing the girl he fell in love with. Also, he is known to have qualified the Short Service Commission for Indian Army but chose against it, thankfully. Both of these are no mean feat in themselves. His love for movies, however, began with Vittoria de Sica’s Bicycle Thieves.

The Writer and Director

Soon after that eye opening experience, he left for Mumbai with Rs. 5000 which he ran out of quickly. A creative’s struggle ensued like many without a Godfather have gone through, trying to make it big in Mumbai City. His early experiences in the city formed the basis for a part of his movie Bombay Talkies – Murabba. Kashyap spent the 90s sustaining on writing scripts for TV shows. As a natural scriptwriter, he wrote for anyone, without any want of money or credit. His first critical success came in the form of Satya (1998) for which he wrote the script along with Saurabh Shukla.

Since then, he has had a very successful career as a writer which is often overshadowed by his skills as a director. He’s been writing dialogues and screenplays for 20 years now and his CV could not be more diverse. He has penned down social dramas like No Smoking (2007), Gulaal (2009) and Udaan (2010). At one time he has even tried his hands at writing mainstream forgettable movies like Shakalaka Boom Boom (2007) and Jhoom Barabar Jhoom (2007) for which he came up with the story idea.

Kashyap’s directorial debut was the crime-thriller Paanch (2000) which remains unreleased till date. “If Paanch had been released, I wouldn’t have been half of what I am today,” he adds. He then completed the script for Gulaal in 2002 but did not have any backers and the movie could only be released in 2009 after the success of Dev.D. Earlier that same year, one of his most critically acclaimed movie Black Friday was released. Its release was delayed due to Bombay High Court’s stay due to the impending bomb blast case judgment.

He has also turned out to be an excellent judge of actors. He preferres casting relatively unknown faces, free from the burden of stardom and typecasting. One of his more frequent collaborator – Nawazuddin Siddiqui is now one of most sought after actor and he gives Anurag Kashyap the due credit. “I feel very confident with Anurag. When he is behind the camera, I feel I can be the best actor in the world.”, he mentions. Anurag has made overnight stars out of Huma Qureshi, Vicky Kaushal and Richa Chaddha among others.

Anurag Kashyap has now established a signature style of filmmaking. He has employed guerrilla filmmaking techniques since his early days. This technique requires shooting at real locations without disrupting any activities of the citizens. This requires the use of hidden cameras, improvised dialogues by actors and often times hand-held shots. “Indian films have this obsession with hygienic clean spaces, even though the country’s not so clean,” says Anurag Kashyap. One of the prime examples of this technique is the Rajiv Khandelwal starred Aamir (2008) and also Anurag Kashyap’s own movie Ugly (2013). Kashyap’s characters including the protagonists have an inherent dark tone – drug, smoke and/or alcohol, rage etc. 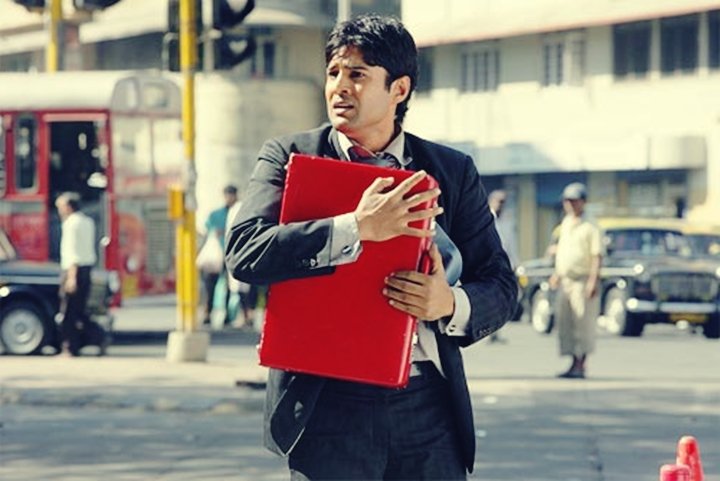 This was especially relevant in the setting for his cult modern epic – Gangs of Wasseypur duology. Set in post-independence India it depicts the darkest of human tendencies – vengeance, power struggles and politics. It handles violence exceptionally well and the dark tones of humor makes this a memorable experience. It carried an ensemble cast that included some of the best of theater’s products like Manoj Bajpai, Nawazuddin Siddiqui, Pankaj Tripathi, Piyush Mishra, Tigmanshu Dhulia, Richa Chaddha and Huma Qureshi.

Most of his movies are shot on a low budget, mainly because of his preference for shooting on real locations. He enjoys working within the constraints of the hustle of the location instead of trying to going overboard with controlling the commotion. This brings a great deal of authenticity in his movies and thus they stand out. Low budget also ensures creative freedom for Anurag which is visible in his movies that never shy away from the realities of the times we live in or lived in. For instance, the budget for Gangs of Wasseypur Part I was a meager Rs. 9.5 Crores, but the movie made Rs. 10 Crores in its opening weekend, itself. The duology was shot in a budget of Rs. 18.5 Crores and earned a resounding Rs. 58 Crores domestically.

Along with being an artist behind the camera as the director, Kashyap has also backed some of the most critically acclaimed movies like Masaan, Udta Punjab, Queen etc. His association with movies both as a director and a producer signal heavy character and script driven movies. Most of his movies deal with social issues, which unsurprisingly have had certification trouble especially during the reign of Pahlaj Nihalani.

His production banner Phantom Films is one of a kind as well. This is evident once you look at the movies Phantom has been behind. He started Phantom in 2011 along with Udaan director Vikramaditya Motwane, Madhu Mantena and Vikas Bahl. The production house carries forward Kashyap’s own ideology of making more character-driven movies. Most of these reflect the stark realities of our society through the medium of entertainment. Some of the most soul-stirring movies churned out by them include Ugly, NH10, Masaan among others. They have also had immense success producing light-hearted movies like Queen (2014). It was a critical and commercial success and went on to win a National Award for Best Hindi Feature Film as well.

Anurag Kashyap’s brand of cinema comes along with a heavy baggage of inconvenience. Almost all of his movies, from Paanch (1998) to Udta Punjab (2016), have had constant run-ins with the censor board. Udta Punjab faced a lot since it deals with the drug problem infested deep in the state of Punjab, that the authorities have blatantly refuted. Following the suggested cuts required for a certification, Kashyap led a protest backed by the fraternity of directors and producers. He accused Nihalani of unfairly targeting Udta Punjab and trying to set the citizen’s morality on their behalf. 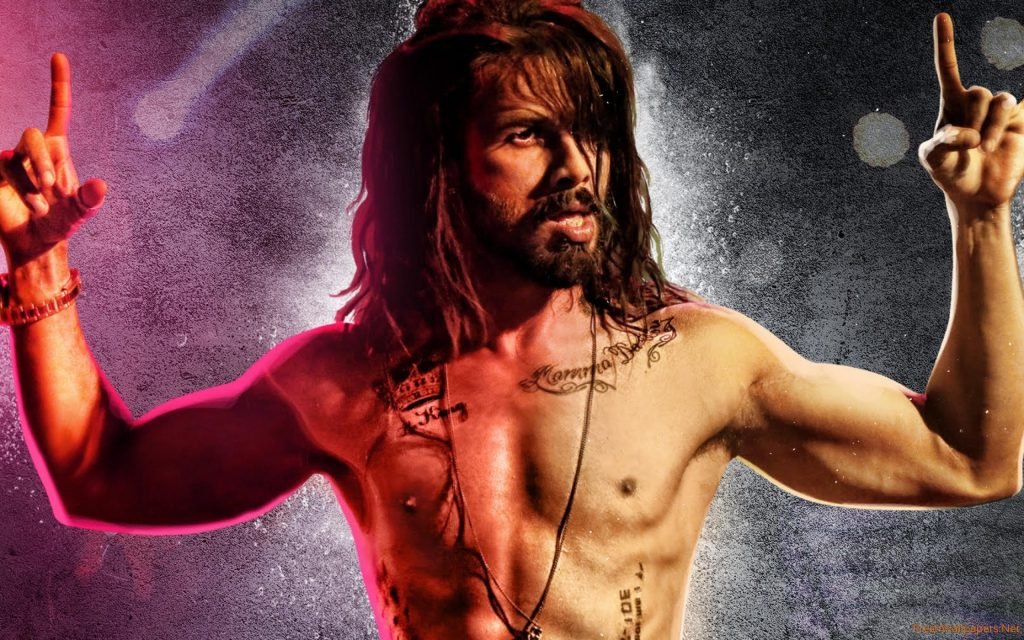 Anurag Kashyap is now the poster boy of Indian filmmaking and rightly so. It is important for youngsters looking to release bold, subject driven movies to have a role model to look up to. His latest, Mukkabaaz deals with casteism and looks all set to offend a few. And of course long walks to and from the CBFC office seem likely. But again, that is what you expect from an Anurag Kashyap film. In an industry obsessed with creating senseless entertainers, Anurag is the hero bollywood needs.