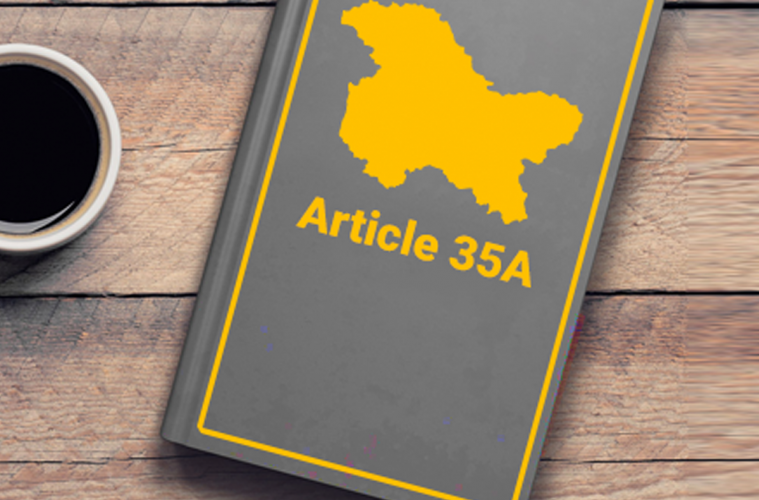 The Honourable Supreme Court earlier today adjourned the hearing on PILs challenging the constitutional validity of Article 35a. The next hearing of the three-judge bench will take place on August 27. The article 35a and article 370 give Jammu and Kashmir special status. A Presidential order added Article 35a to the constitution in 1954. This was to protect the privileges of the local population from outsiders. So what exactly is the article 35a?

The article 35a prevents non-residents of J&K from purchasing permanent assets in the state. It also prevents outsiders from applying for government jobs, scholarships, and aid.  The act has one significant downside even for the local population, especially the women. The women of J&K are disqualified of their rights if they marry a non-permanent resident. This clause was changed by the J&K high court, protecting the rights of such women. However, children of such couple do not have any rights. They are outsiders.

Why challenge Article 35A?

An NGO called We The People challenged the constitutional validity of the article. A total of four PILs have been filed for squashing of article 35a. The top argument remains that the a Presidential Order added the article in the constitution. According to the Indian Constitution, President does not have the right to amend the Constitution. It is possible only after the elected representatives of the country approve the changes in Parliament. The PILs also claim that the article is against “very spirit of oneness of India” as it creates a “class within a class of Indian citizens”.

The article 35a violates the fundamental rights granted to Indian citizens under Articles 14, 19 and 21 of the Indian Constitution. No Indian citizen can be prevented from settling in any other part of the country, and as J & K is an integral part of India, the same applies to it as well. The mainstream political parties in the state have used the protection of special status as a poll plank. Revoking of article 35a will ensure that they start speaking on many other severe problems in the state. Above everything, the article 35a discriminates between two Indian citizens.

What if the legislature revokes the article?

The state of Jammu and Kashmir has seen several protests opposing the removal of article 35a. Common citizens, traders, lawyers, politicians, everyone has come out in support of the article. The mere possibility of article 35a being revoked has united the people of Jammu and Kashmir irrespective of caste, religion, and party affiliations. While fake news was being peddled that police will also go on revolt if article 35a was abolished, J&K DGP had rubbished such claims. But, the situation in Kashmir could get tense if things go against article 35a.

300 lawyers from Jammu had passed a resolution for “strengthening and retention” of Article 35a. If the parliament removes the article, it will impact Jammu the most. The concerns of people from Jammu appear legit as people from outside J&K will certainly not settle in Kashmir. In Ladakh, private tourist companies could set-up offices depriving local people of employment opportunities. With Rohingyas reaching all the way to Jammu, people of Jammu have already seen a cameo of what could happen if outsiders settle in the region. The removal of article 35a will also provide the separatists with a much-needed propaganda tool to fume anti-India sentiments.

Kashmir remains in turmoil and will probably remain so for the foreseeable future. Although, the central government is trying hard to bring peace back to the valley. In such circumstances, removing the article could make Jammu and Ladakh as centres of protest. Irrespective of the decision given by the Hon Supreme Court, it will have severe ramifications. Perhaps, it is time for the security experts, J&K experts, and the central government to devise a strategy to ensure the J&K is not pushed further away from peace and prosperity.