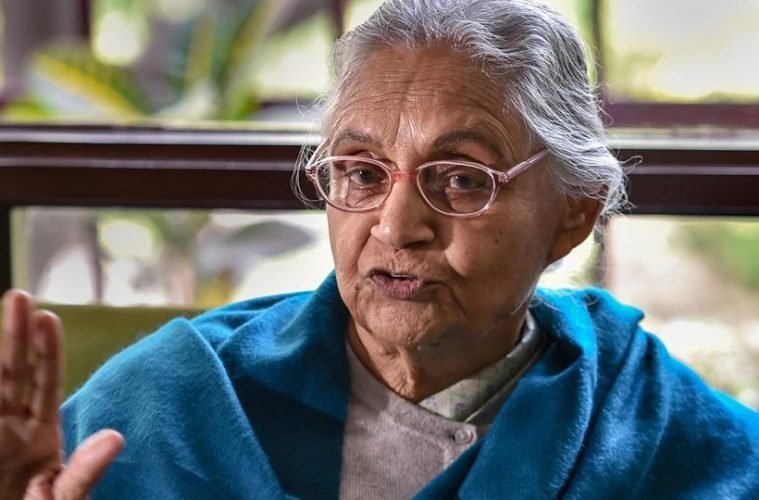 As Sheila Dixit Passes Over, An Era Of Delhi Politics Ends

Some names get associated with the history of a state. So obviously, when you think of Delhi, your mind automatically rushes to the fiery ex-CM Sheila Dixit. Unabashed, strong, courageous and a worthy politician, who breathed her last today.

Delhi has seen Sheila grow and she has it. She started as a young Minister of State for Parliamentary Affairs under the Rajiv Gandhi government. Once on the wagon, the woman never looked back again.

An Era Of Developmental Politics

She heralded a new era as she became the second woman chief minister of New Delhi. And what a facelift did Delhi receive under her! From metros (albeit with the assistance of Atal Bihari Vajpayee) to a paradigm shift to CNG powered automobile, to relocating polluting industries out of Delhi; also, privatisation of the power sector. A new epoch began where the leader was the centre of all developmental activities. The commonwealth games (We should talk about this later!) went well (ahem!) at least on the outset under the Sheila Dixit government.

The Anna Hazare movement could be a prime reason why Dixit lost the elections in Delhi. But was she the one to be blamed? Or was it the Congress that let her down? The citizens of Delhi sure did value the work that she had done. But was she to bear the brunt of the overall atmosphere of anti-corruption or was she responsible? Some reports say yes. Some say no. However, she was at the epi-centre of the drama and well even then she knew how to row a rocky boat.

Dixit understood Delhi like one understands their children. She was very pragmatic vis-a-vis the statehood issue of Delhi. She never bargained for more than she could get. And therefore could get away with the turmoil that usually surrounds the Delhi politics. She could comprehend the various facets related to Delhi better than her predecessor Sushma Swaraj, and by eons, her successor Arvind Kejriwal. This was why she could get her work done despite so many Central interventions.

She was appointed as the Delhi Pradesh Congress Committee earlier this year. Whether she was a loyalist to Sonia Gandhi or to the idea that the leftist party, entails Sheila was always on the party’s side.

Life can never be black and white. It is a mix of both varying from person to person. Despite her loss in the Delhi elections, one cannot forget the amount of dedication with which Dixit worked for the state. Be it flyovers to solve traffic congestion problems to ceiling encroachments, she did it all. She forged good relations with the bureaucracy which can be very hard to deal with especially in a state like Delhi. She knew her priorities and she knew exactly where to do what.

With her death, we have lost not only an able administrator but also a courageous and clear-headed leader. She mastered the art of politics. Sure her career was not a clean slate, but as Machiavelli says, “Everyone sees what you appear to be, few know what you are.”