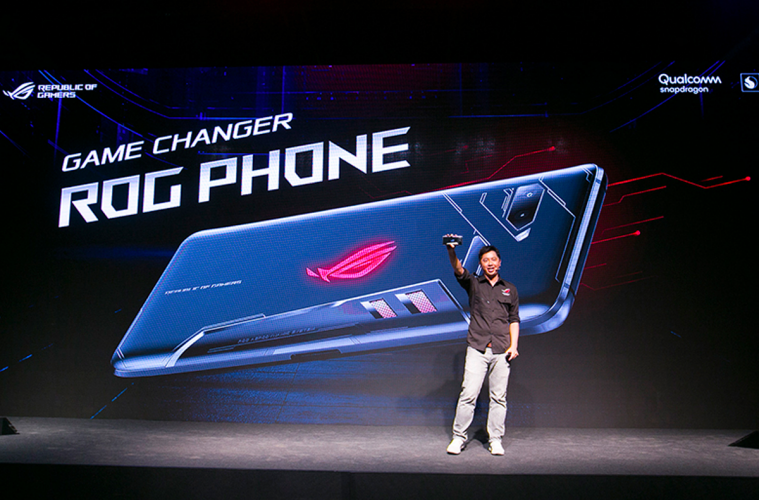 ASUS isn’t known for high-end devices. It has pretty much skirted around the mid-range category. ASUS has upped the ante with the ROG phone. ROG or Republic of Gamers, is ASUS’ high-end gaming brand for laptops and peripherals. It includes things like mice and gaming headsets along with RGB Lighting. Now ASUS is bringing these aspects to Android. It not only includes RGB lighting and flashy branding, it has the specs to match them as well. 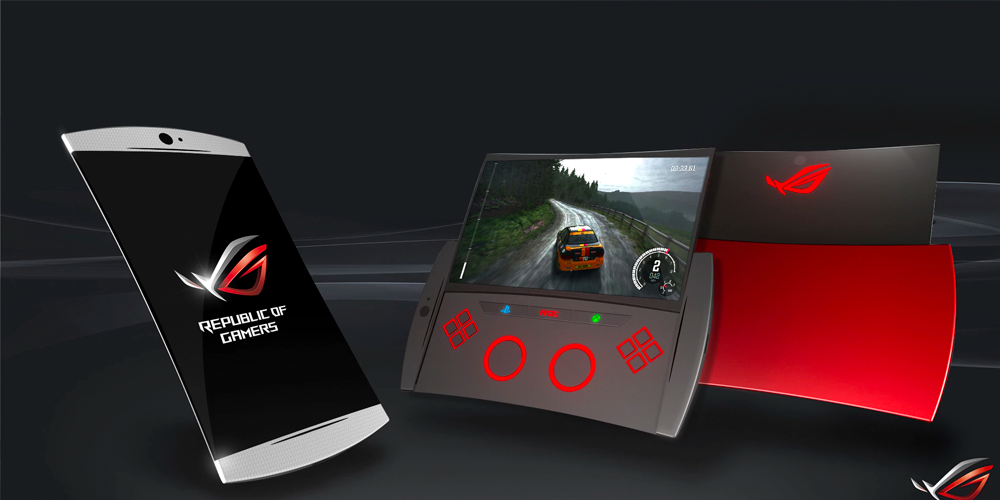 The ROG phone comes with a Snapdragon 845 clocked at 2.95 GHz, Adreno 630 GPU, 8 GB Ram, 128 GB or 512 GB of on-board storage and a 4000 mAh battery. The phone also sports a 90Hz AMOLED display (the RAZER phone has a 120Hz LCD display), having much better quality than the RAZER phone. AMOLED displays traditionally have much better colour and contrast than LCD displays.

The back of the device looks quite aggressive. It has a ROG logo at the centre surrounded with sharp edges and exhaust window. The rear cameras are 12-megapixel and 8-megapixel while the front is an 8-megapixel shooter. These are not the main focus of the device. Asus ROG has a USB Type-C port at the bottom and a headphone jack. It has two more Type-C ports on the left side. It may seem a little strange at first but it is made to accommodate the various accessories ASUS is shipping with the phone.

The first accessory is a heatsink that attaches to the back of the phone. It has a fan in it to keep the device cool and has a headphone jack and USB Type-C port to keep the phone charged while playing. It is most useful to place the USB port in this position as you can use the headphone jack and charge your phone at the same time in landscape mode. Most of the games are played in this orientation so it is a very useful accessory. 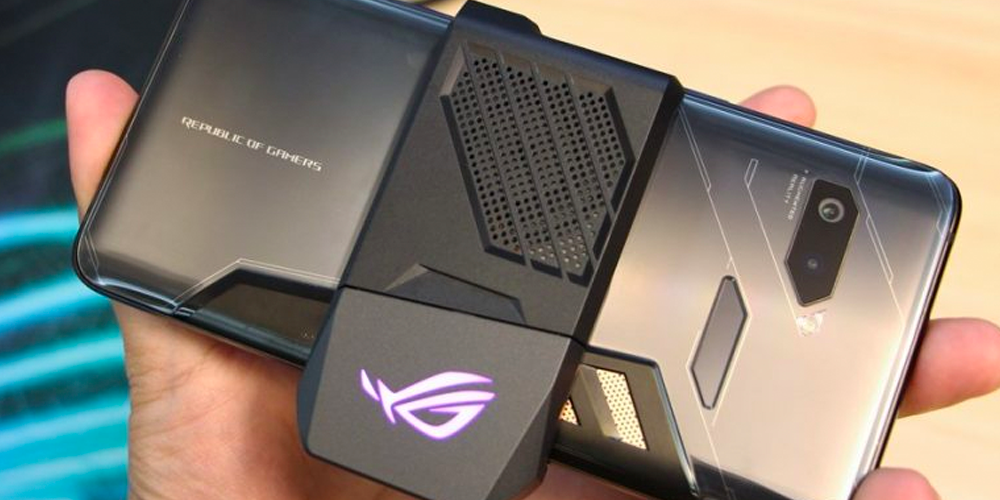 The second accessory is a gamepad which can stream your games to your TV wirelessly. It connects via the USB Type-C port at the bottom of the phone and connects wirelessly to a special receiver inserted into your TV. ASUS is also selling a dock which lets you connect your phone to any monitor. This opens up the possibilities to connect a keyboard and a mouse, meaning you can play competitive games with a full keyboard and mouse setup. 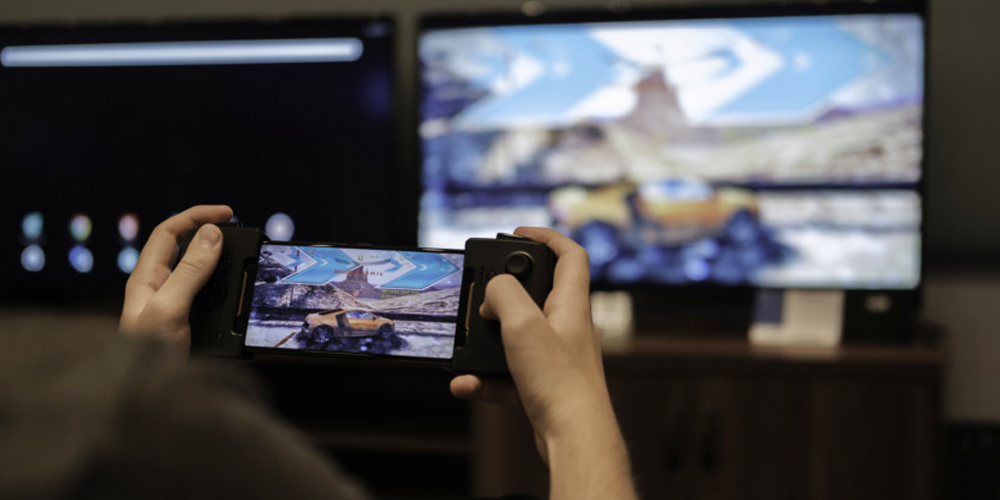 The last accessory is a gaming console type of device known as the TwinView Dock which provides a second screen in addition to your phone. It is like a shell which contains a non-detachable second screen at the bottom and some buttons that act as triggers to help you in-game. The bottom has a 6000 mAh battery to provide power to the phone which sits on the top. You can do two different things on the displays at the same time. Maybe in the future you will be able to do one thing on both the screens. Right now, you can do two different things on the screens like, twitch on the top streaming your game which runs on the bottom screen, or YouTube on the top and a web browser on the bottom. 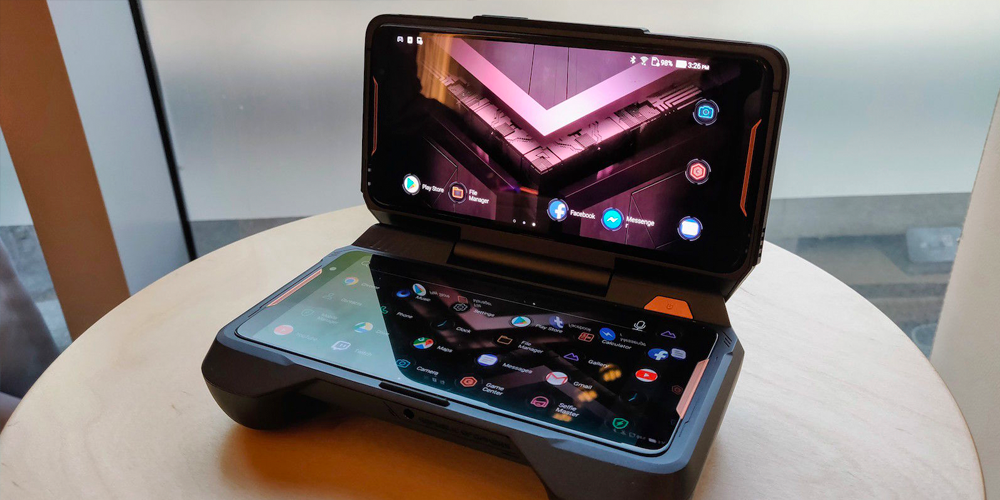 Thus gaming phones are becoming a thing now. The RAZER launched phone in 2017 has got competition from the ASUS ROG Phone and then some. Mobile gaming is taking off and we can expect to see similar devices from other companies as well.