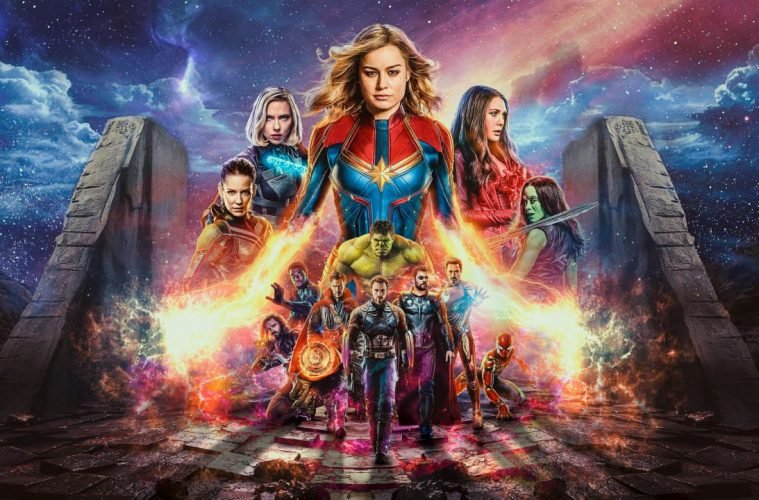 Avengers: Endgame Review – They Must Avenge The Lost

The task of providing a fitting and memorable conclusion to one of the most beloved sagas of all time is not just a tall order; it is almost impossible. But that is what the art of film is about, among other things. It is true that today there are a lot of film enthusiasts and lovers who rue the times when film was not about multi-million-dollar blockbusters or huge casts acting in front of green screens. Some even believe that the traditional form of film-making is dying. Whatever your stance, however, it cannot be denied that the existence of the MCU has challenged, if not changed the cinematic experience. This is why Endgame is so important. The ending of any story, after all, needs to be perfect. After all, if a story does not lead somewhere it leaves the audience unhappy.

Avengers: Endgame, fortunately, is a resounding success. The Russo brothers have done a wonderful job of juggling the storylines of various characters and giving some of them proper endings with some new beginnings as well. The plot is the real star here. This time the universe has already lost, people have already died, and the heroes have already lost, in more ways than one. The theme of one last chance, one last battle is very prevalent throughout the film and is done justice to by its plot.

A final battle that is literally everyone’s last hope combined with some truly comic-book like shenanigans makes Endgame a tightly crafted and well-structured film. Nothing is out of place. No moment feels undeserved. Nothing is taking up too much time. While exposition abounds a lot, and a little too much in some places, it never feels as clunky as it should. This is a testament to how much we love these characters. Rightly, the humour is sparse and only there when it needs to be. 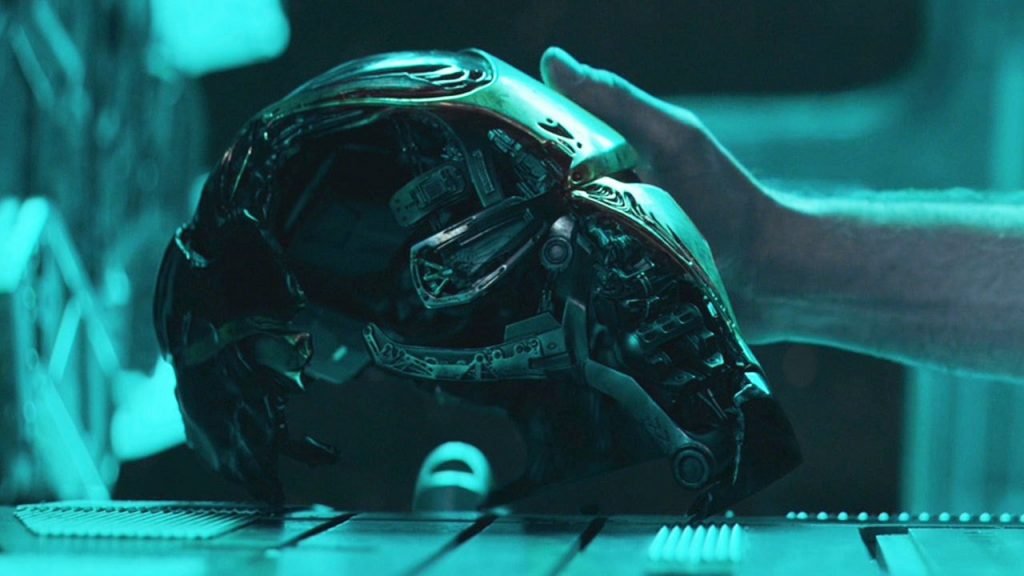 The narrative does come at the cost of some characters. These few characters are not given their complete due, despite the lack of character over-stuffing in the film. This was especially true in terms of a duo fans love, an arc that ends on a tragic note but never hurts as much as it should. Even though it causes many a gasps and tears. There are other moments as well, similar to these. They stay afloat solely due to the absolute sincerity and complete commitment of the actors performing those roles even if the script does not exactly serve them.

The actors shine in every other portion of Endgame as well. Infinity War was more of an action film, with precious time, if any, devoted to actual emotions, motivations and raw character work. This time, however, everyone is given the proverbial dramatic meat to chew. This makes Endgame phenomenal to watch. The original cast of the Avengers truly shine here.

Robert Downey Jr. and Chris Evans are the stars. This is of course no surprise. But it is Scarlett Johansson who brings an entirely new facet of Natasha’s to the fore. It is not something surprising but it is unexpected. It is more open and honest than The Black Widow has ever been. Jeremy Renner, too, almost holds up to her, showing off his acting chops in every frame he is in. Thus, owning his character’s story in poignant fashion. Karen Gillen as Nebula is the real MVP amongst the rest of the cast. She plays her role to perfection and adding a depth to Nebula that makes her one of the most rounded and well-developed characters in the MCU.

Thor is given even more to do, but to talk about that would be a spoiler. Let us just say that The God of Thunder has seen better days, a state of affairs portrayed with the utmost vulnerability by Chris Hemsworth, in his best work as the son of Odin. Brie Larson gets too shortchanged, however, relegated to almost a cameo. But she still stands out purely due to her presence. This is also true of Don Cheadle and Bradley Cooper, actors whose presence, solely, drives the scenes they are in. Paul Rudd is surprisingly up to the task as well, holding his own before seasoned MCU veterans. He proves himself a force to reckon with.

As for the rest of the cast, that is truly something to be seen. It is pure superhero movie brilliance and done beautifully. Once again, no spoilers. All I will say is that there is one unexpected team up that will have everyone screaming.

If only our bad guy had fared the same. Josh Brolin is suitably menacing as Thanos. Even more so this time. But he is given almost nothing to do other than spout out evil villain lines and fight the Avengers. Not that that is a problem. But that is probably the biggest example of how the story sacrifices some things to serve its overall narrative. It is not a very big complaint, as Thanos literally reached the end of his arc in Infinity War and did what he had to do.

Despite that, it did make for a weaker villain in terms of character. Although Thanos still was bad-ass enough to make up for it. Bruce Banner’s Hulk is also handled questionably by the film. However, Banner’s emotional arc makes up for the lack of…well, Hulk Smash. None of this ends up impacting Endgame too much, thankfully. However, it could have definitely elevated it a lot more. 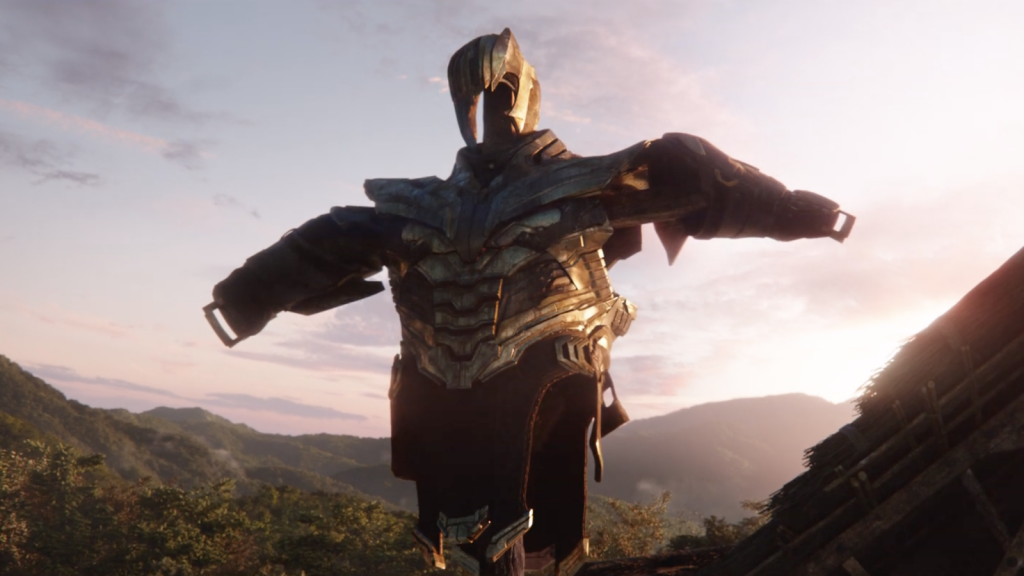 A Satisfactory End Of Narrative

As an overall end, however, Endgame does an almost perfect job and in some cases, it is beyond perfect. In almost poetic fashion, we get to say good-bye to a lot of the characters we saw fighting in New York seven years ago. And while magnificently done, it is also gut-wrenching, in the best way possible. I know I won’t see most of these heroes again on film, as many actors have publicly announced their departure from the roles, but it still hurt when the credits rolled. This truly is the end and as a fan, not a reviewer, I need to take out a moment to thank everyone who made this possible. This is a cinematic achievement, which cannot be denied, and it needs to be given its due.

In what is truly the end, Avengers: Endgame delivers on all its promises, despite some hiccups along the way. As an end to many characters’ stories it is appropriate and fitting in every way possible. As a new beginning to the MCU, it is optimistic and hopeful. It caters to fans in all the best ways and will have many screaming and crying in theatres. It tends to feel rushed, sometimes, without being longer than necessary. Yes, it does sacrifice some things to do more of the other, but it is still a very good superhero movie and a very good film. It deserves many re-watches and more after that. An epic conclusion to one of the most epic sagas of all time.