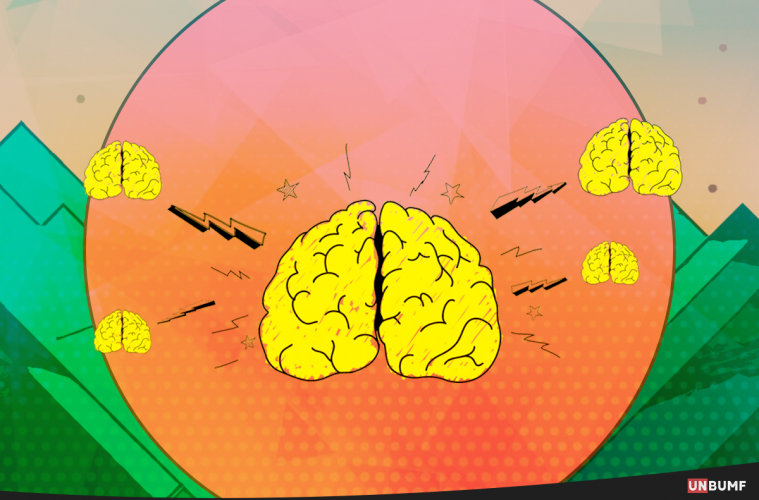 How To Become A Liberal – A Ready Guide

Getting to the point is not the point

I could have just said, ‘Welcome to India’, but this is a guide to being a liberal. So, I am going to be verbose. We will use extreme rhetoric. I am going to pretend we live in the ancient times. I am going to call out the wrongdoings of miscreants and delinquents the way liberals do, by calling them an exasperating farrago of distortions, misrepresentations & outright lies being broadcast by an unprincipled showman masquerading as a journalist.

Now that you are settled well in the country, you will become acquainted with the myriad issues haunting India, and you will be asked, every step of the way: ‘So, what will you do?’

And there is a survival guide for every escapade: justifying your opinion, and justifying why you think you deserve to have an opinion definitely necessitates one. Without much ado, here we lay down for you, the rules to becoming a liberal.

The Subtle Art of Being a Liberal

1. Lives don’t matter, but you have to care

Before calling yourself a liberal, make sure you care for humans. You should have a bleeding heart. Empathy is your strength, keep that in mind. You cannot say that in a job interview, though. (Liberalism doesn’t land a job.) Get enraged when a fire breaks down in a pub/restaurant, claiming 15 lives and wounding 50 others in what is the economic capital of your country. You can feel your blood boiling when the authorities keep passing the buck, long enough till everyone gets distracted by the next big tragedy. In this case, the tragedy could be really inane. If a government official is announcing a reward for beheading a film actor over a movie, don’t act surprised. You knew fascists were coming for you! 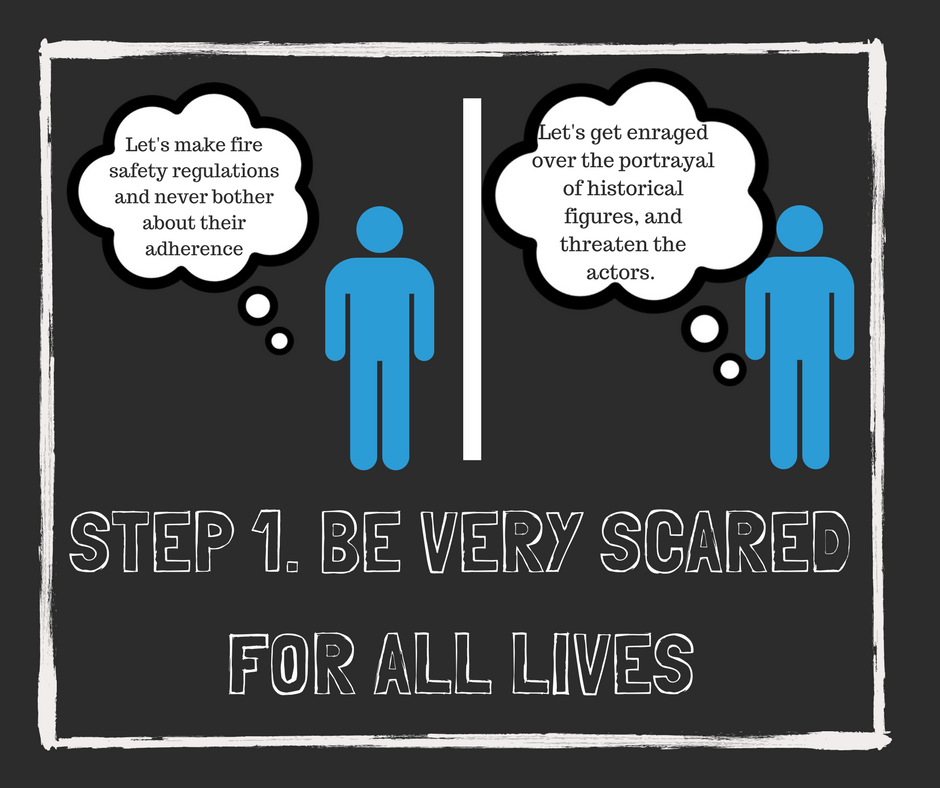 We know you want it, and the idea of witnessing both is tempting beyond words, but you’ve never seen it, have you? So your job is to talk about equality, social progress and empowerment of the hitherto weaker sections of the society.

But look on, in extreme desperation, as arguments are shot in your direction: the LGBT community is just a “minuscule fraction” of the population. Homosexuals are having sexual intercourse “against the order of nature”. Watch them criminalise homosexuality, watch them criminalise lives and choices under Section 377, as they shred hopes to pieces and stigmatise a way of living.

Call out on the rampant sexism, be called out in return: it was her fault, not all men, loud-mouth for a woman. Rejoice in the provision of the legal stronghold to women when the triple talaq bill is passed in Lok Sabha, only to realise that it is a part of the larger problem of illiteracy and disempowerment plaguing the Muslim women. 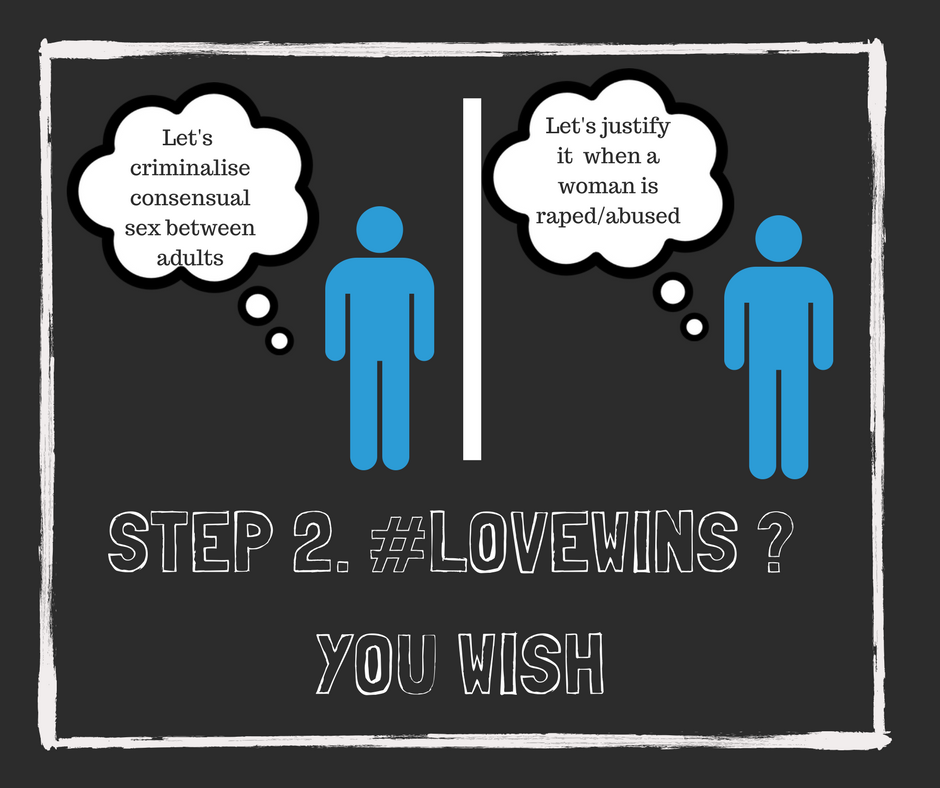 Suspect that fascists are operational: that few businesses are being protected. Fear that controlled mass media is the bane of the hour. Realise that Newspeak, misinformation, fake news are the order of the day. Feel betrayed that the fourth estate has been sold at a very good price. Realise that journalism’s business model is in disrepair. Become an activist through the power of digital media. Or, at least, try to.

And when you become too vocal about your apprehensions, be branded as ‘too political.’ 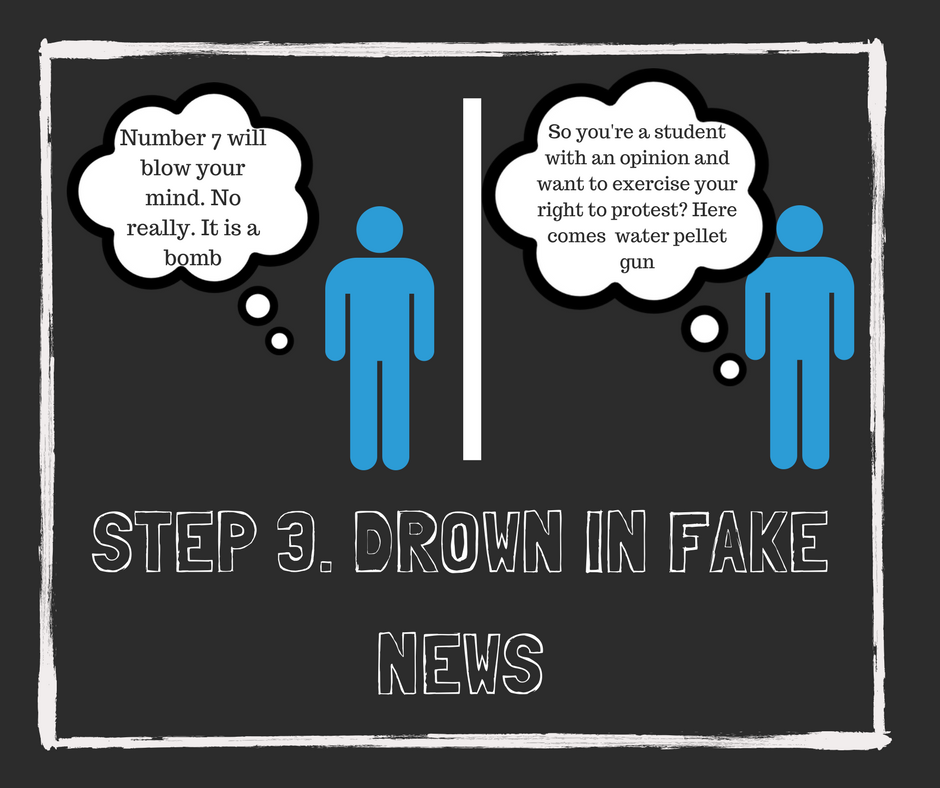 4. Silence, or death: choice is yours

Ask yourself now. have this monologue:

Have I been misunderstood during my conversations? Was it during the times I was expressing strong opinions that threatened those in power? Have I been viewed as a pseudo, who knows nothing but a #MeToo? Have I been verbally abused or trolled? Was the abuse in the guise of eloquent tweets and/or legendary memes?

Has it appeared like my ideas were exclusive? Just because I tried to talk about one issue, I was attacked for not having cared enough about that other issue? God, there are so many issues. I do feel that rhetoric can only take our political leaders so far. But we don’t really have real options, do we? Why are people with such myopic and exclusive understanding running the country?

When did it get this bad?

Congrats you’ve reached a milestone in this course on liberalism.

Is the silence deafening yet? No? Move ahead with the guide.

5. One last trick: the secret ingredient

I have some bad news for you, fellas. This isn’t a Bollywood movie. (Thankfully though, otherwise the protagonist aka you, would have received death threats by now.) But my bad news is not that you cannot segregate the bad guys from the good ones like in the movies. People are wearing masks but that’s just part of the issue.

The real bad news is that the bad guys are openly abusive, evil and Machiavelli. But they are the ones governing us, and, as nihilist as it sounds, even if you care, it is not enough. They’re saving capitalism and red tape for themselves to make an origami out of this country. Your answer to that? Persist. Care too much.

Congratulations! You are now a liberal living an Orwellian nightmare.