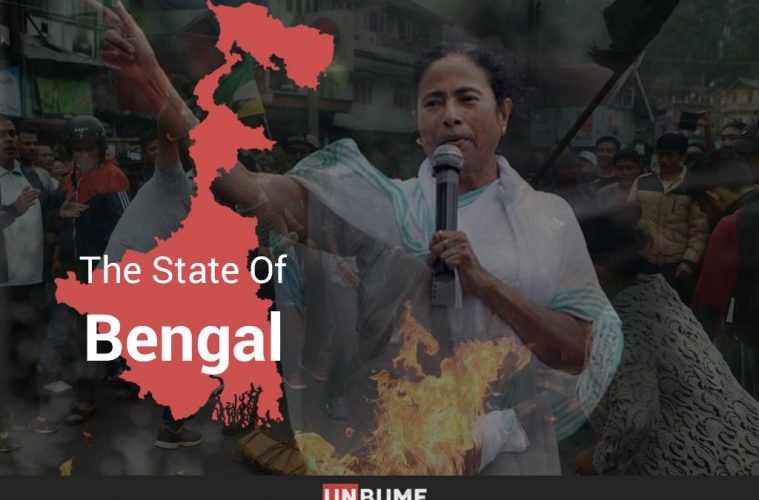 Bengal Is Burning And Its Fumes Are Suffocating The Nation

Whenever a person conjures up the image of West Bengal, all we can imagine is a group of middle-aged intellectuals having fearsome political discussions. Or an ‘‘adda’’ as they like to call it. Increasingly though, this urban, cosmopolitan image of Bengal is being challenged by the new political realities arising in the state. In its second term now, The All India Trinamool Congress Government under Mamata Banerjee is facing major challenges.

Challenges both internal and external.

The Communist Bengal and the downfall

What cannot be forgotten is Bengal’s socialist undertones. This was cemented by the rule of the Communist Party of India (Marxist) for 34 years. This uninterrupted communist rule changed the thinking of the mainstream Bengali radically. Amongst the urban dwellers, a subculture of intelligentsia, firmly socialist, arose who had a profound influence on how the country was to be run.

Left leaning Calcutta Marxists travelled across the country. They profoundly affected the post-Nehru populist landscape in India. However, it all came crashing down in 2011. 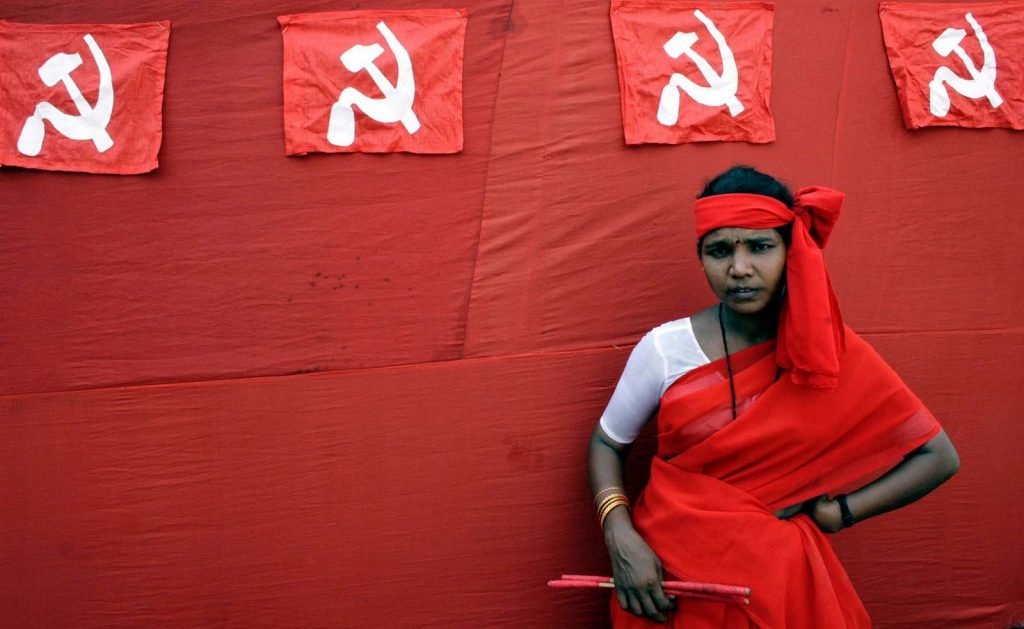 In 2007, on quiet evening in Nandigram, West Bengal, policemen rushed to meet a demonstration of farmers protesting against the State Government. What happened next changed the political destiny of West Bengal forever. The farmers shot dead by the police, became martyrs for an emerging force in Bengal Politics.

In the aftermath of the Left’s rule in Bengal, widespread stagnation, social and economic had taken place in Bengal. Trinamool Congress came to power in Bengal with the promise of shaking the state out of its slumber. This was a challenge, though. Mamata’s populist measures had made her, ironically, the biggest roadblock to economic development in the state. 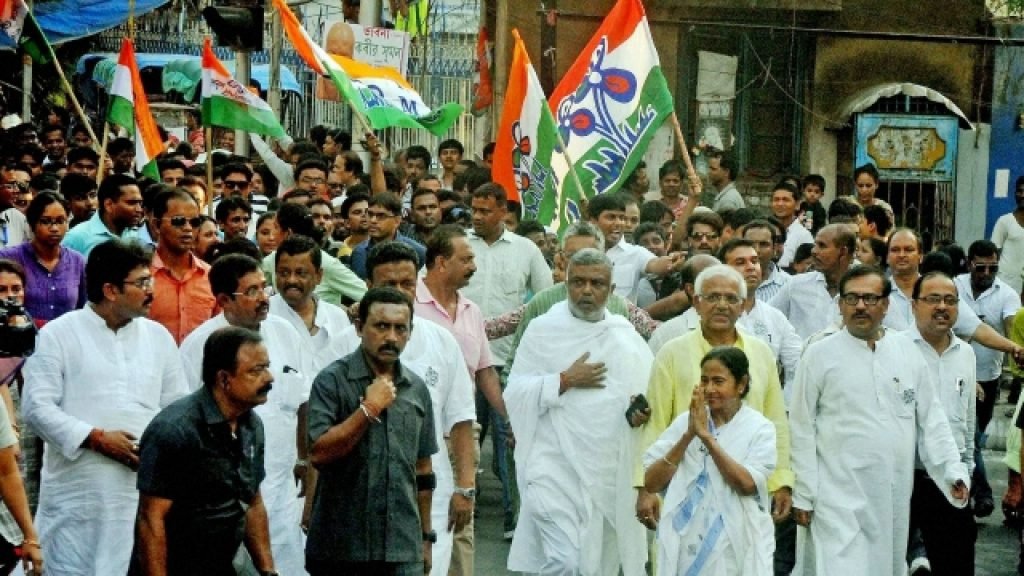 Her protests against Indonesia based Salim Group in Nandigram and Tata Group in Singrur in support of the farmers protesting against the land acquisition bill, isolated her from industrial realities in the state. Her withdrawal from UPA-II in 2011 over Foreign Direct Investment, general neglect of the stagnating industrial sector, especially jute industry, caused jitters nationally. The SEZ in Nandigram too, collapsed in the aftermath of the farmer shootings.

West Bengal as it is today

The TMC has proven as inept as the Left in controlling the hooliganism in the state. Just like the Marxists, there are roving gangs of TMC workers imposing their will violently. Yes, populist measures have helped improving the plight of the common Bengali. But two other issues are continuing to plague the Mamata Banerjee Government. And it just might cost her the state too.

BJP, accuses Mamata of practicing religious apartheid with the majority religion of the state, allegedly siding and even helping the minority to perpetrate violence against the majority. Her past actions do not help much in hindsight. Banning of Durga Pooja idol immersion after 4 PM to make way for the Muharram procession. However, very clverly, she organised a spectacular show of the Durga Puja idols immersion the next day. Granting a stipend to imams in the state. Regular communal riots in the states, the most recent one being the Ramnavmi violence last month. All this contribute to the popular view that Mamata is engaged in minority appeasement policy.

The socialist intelligentsia seems to be powerless in stemming the polarisation of the state on religious lines. The situation has got so acute, it is causing national concern in the state. 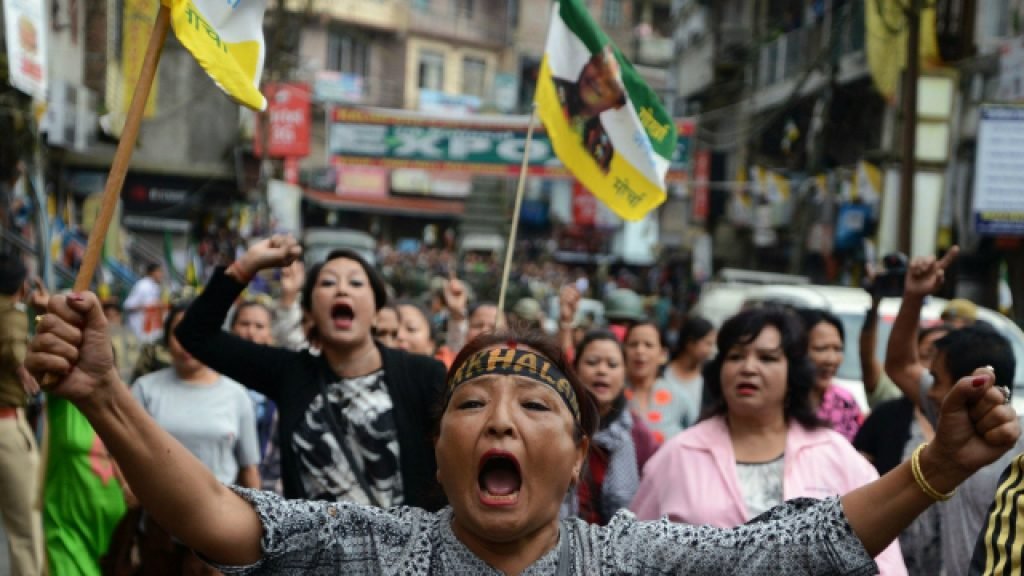 Such propaganda has, in essence affected another burning issue in the state. The demand of Gorkhaland state comprising of the northern hill districts of West Bengal gained mileage under TMC Government. Skillful negotiation by the State Government bought an end to the agitations. It brought even the most hard-line Gorkhali leader to the negotiating table.

Formation of Telangana and demands for other states like Bodoland may just as well reignite this issue. The hills might be quiet for now, but underneath, Darjeeling still boils.

Who is suffering after all? The masses

In the view of this polarisation, there seem to be a strange shift in the attitude of both TMC and the BJP in the state. Comprising about 30 percent of a 9-crore population, Muslims form a decisive part of the Bengali population. The key to winning the state lies with them. But, the polarisation caused by TMCs actions and BJP’s divisive rhetoric may just have pushed the social fabric of West Bengal to its very edge. 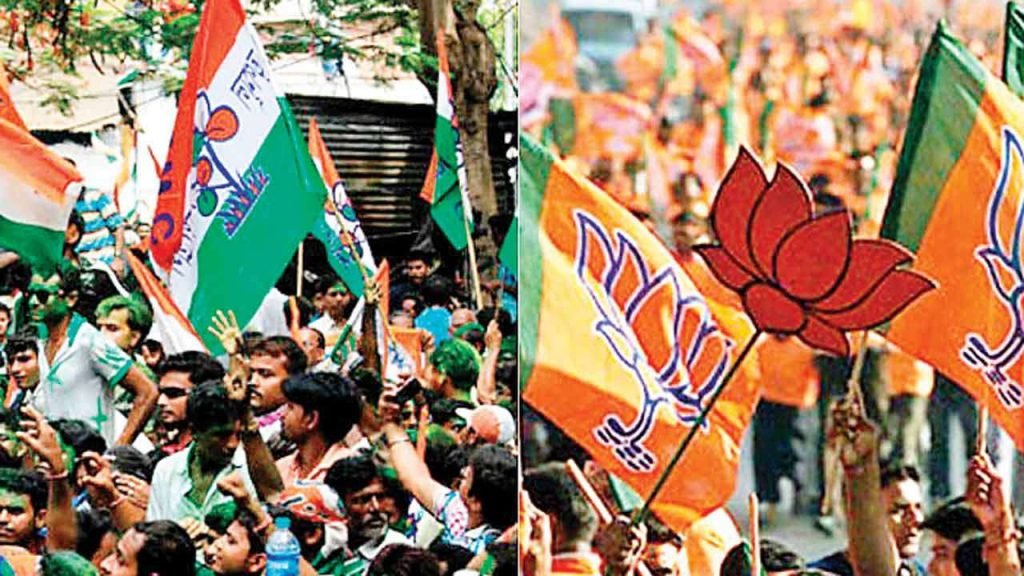 TMC holding a Brahmin Sammelan in Birbhum district, while providing assurance for safety and smooth organisation of the immense Ganga Sagar mela in the state. BJP on the other hand is organising a Muslim meet in the Mohammed Ali Park in Kolkata to bring the state’s minority under its confidence.

However, what seems certain is that within all this political quagmire and powerplay, innocent Bengalis are suffering. The future for the soul of Indian identity looks bleak in the backdrop of such chaos. Its economic forecasts bleak.

The confidence of the population, from a professor in Presidency College, to a farmer in the 24 Parganas, is ebbing away.