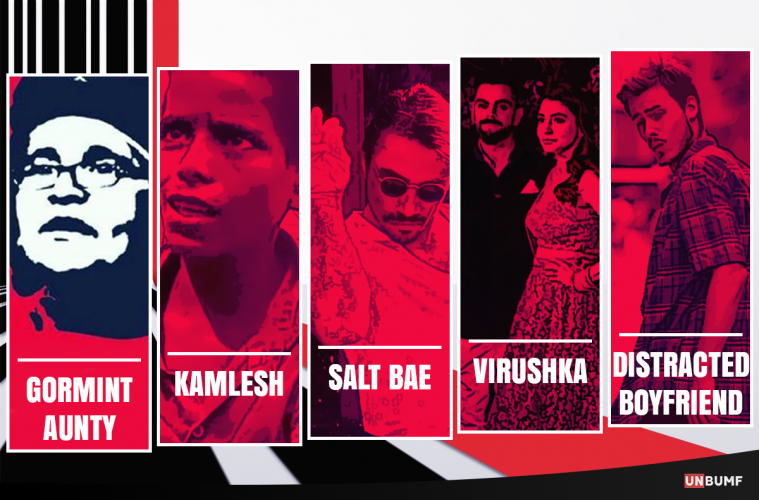 Memes From 2017 That Gave Us Some Will To Live

[The following is a transcript from our daily news program, Fogg ke Ilava Kya Chal Raha Hai? The program airs on a weekly basis and this is from the week before New Year. Show airs on Bumf News, every Friday after Nagin.]

[This transcript has been prepared for official purposes. It is part of a report about an altercation that took place during live telecast. Both verbal and non-verbal events have been noted in detail for clarity. Report is for review board ONLY.]

*Both anchors, Harsha and Siddhant, are sitting at their desk.*

SIDDHANT: Ha-ha. Thank you for that greeting Harsha. The New Year is right around the corner and you know what? It’s time for our yearly roundup of *drumroll* MEMES!

H: My Goodness, there was no need to scream the last word.

H: Is it that time already? My, what a year it has been. It went by so fast. It feels like only yesterday when I was sitting and looking at my unemployed friends tagging me in “Goodbye 2016” memes.

S (clears throat): Umm, that was me Harsha.

S: So let’s begin. Why don’t you go first Harsha?

H: Thank you, Siddhant. No reason not to, though, since this is my show and all, hahaha.

S: Our very first month. JANUARY! Barring all the memes that had percolated from the previous year, these were the two memes that really made it to the front– Salt Bae and Cash me Ousside.

H: I’ve got to give it to the first one here, Siddhant. If you could have a human depiction of the word “Extra”, it would be this man. “Salt Bae”, christened so due to his unique style of adding salt to his food. Ladies and gentleman, this one man you do not want to have a beef with.

S: I agree. The memes on him are legendary as well, Harsha. Here, let me show you one. 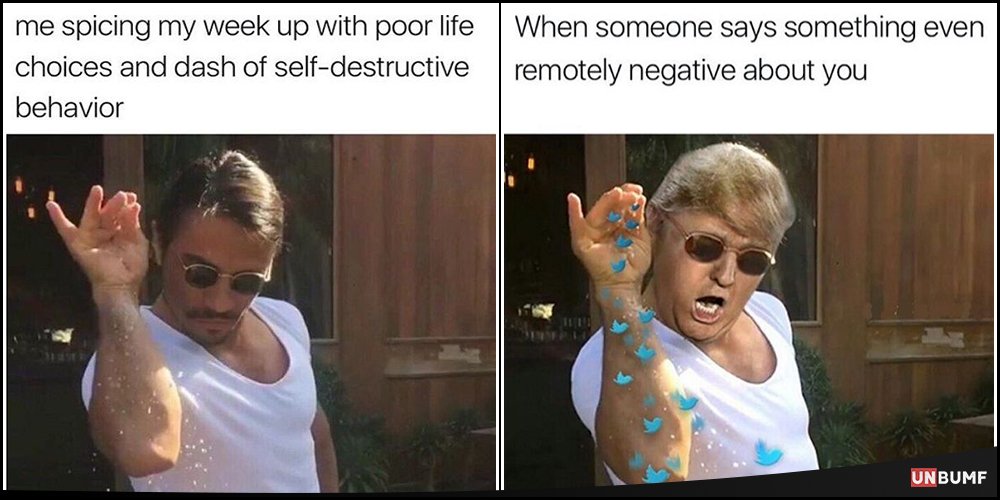 S: Since you speak of extra, how about a person with a more than ‘extra’ amount of attitude? And no, ladies and gentlemen, I am not talking about our gracious host here.

S: I speak of the 14 year old sensation that became popular on the show named Dr. Phil, when she challenged an audience member to “Cash me Ousside! How Bow Dah?” (Catch me outside, how about that?) Meme history was made as the Internet went crazy. Don’t believe me? Take a look. 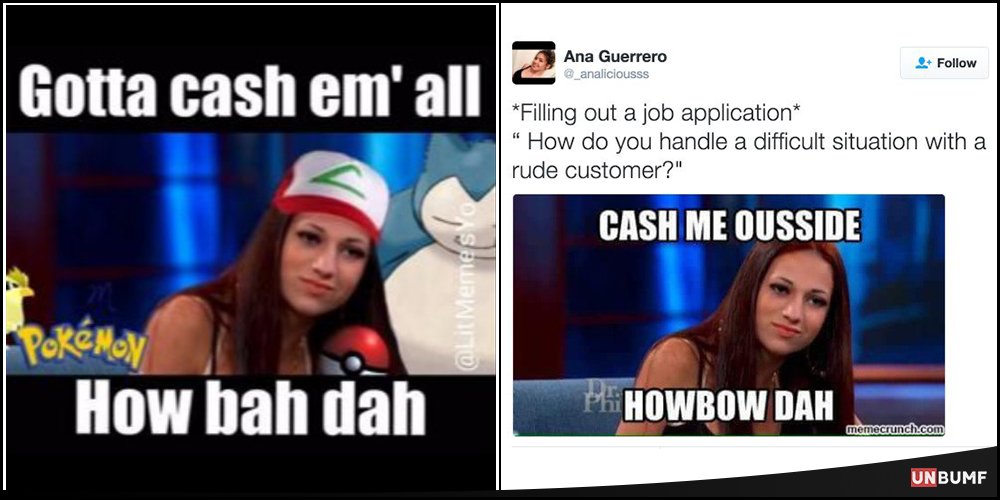 H: Quite funny, Siddhant. Almost like the time you texted me asking if you could ‘cash me ousside’ for a drink.

H: That’s right people. For February, we have our very own Gormint Aunty and Smart Guy. All of us know about Gormint Aunty, don’t we Siddhant? This woman is my spirit animal. There is no introduction that could do her justice. So just go on ahead and listen to this woman succinctly describe the state of her country’s governance. Perfection.

S: Oh come on, Harsha, like you’d know anything about perfection. Haha. But yes, she became quite the meme, with people using her words to describe almost everything that expected people to be foolish. Take a look. 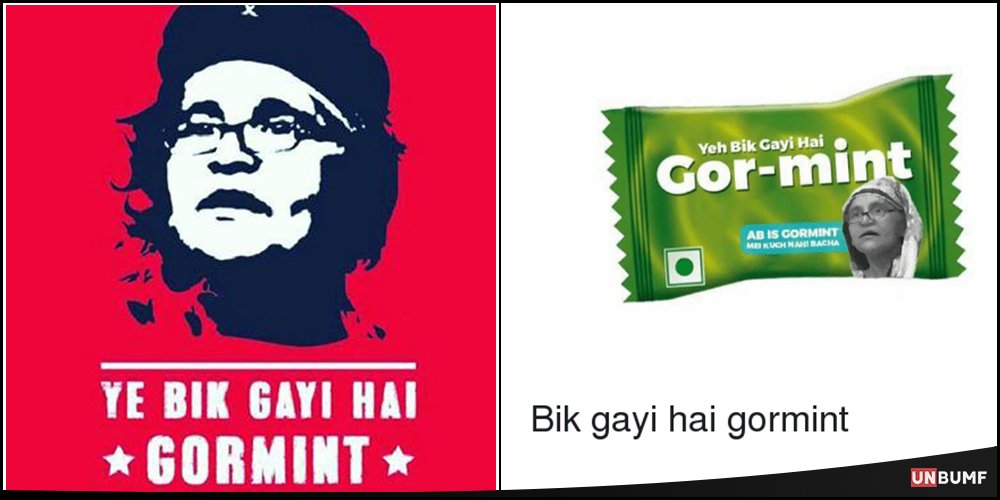 H: And this was followed by “Smart Guy.” And no, I do not refer to my co-host here. The Smart Guy meme was just a snippet of a video that spread like wildfire and you’ll know what I speak of as soon as you see the photo. 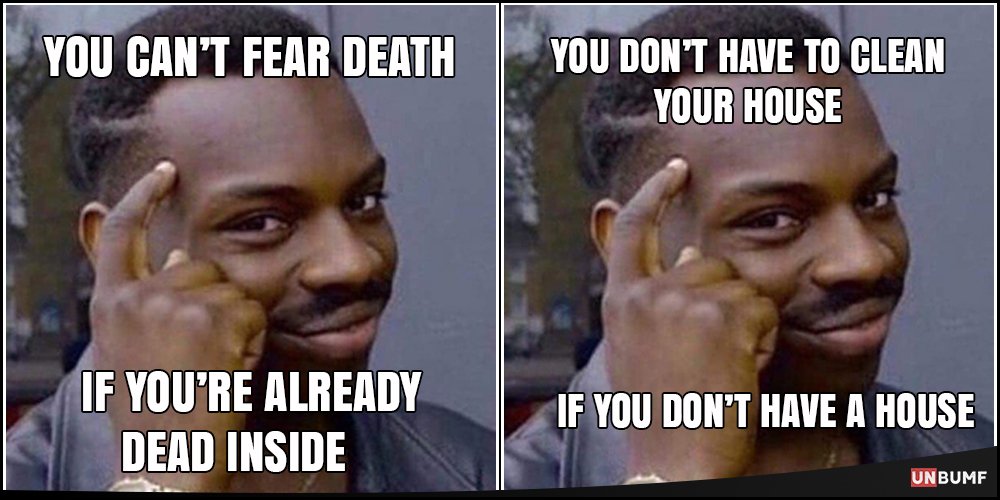 S: Yes thank you, Harsha. Moving on to March and April, which churned out some really diverse memes. We can’t show all of them, so let’s just limit ourselves a little. One of our selections is a screenshot from anime.

H: Anime, something which Siddhant spends an abnormal amount watching since he has no love or life. Simple words from a character in an anime were turned into a fire meme. Just look, I say. 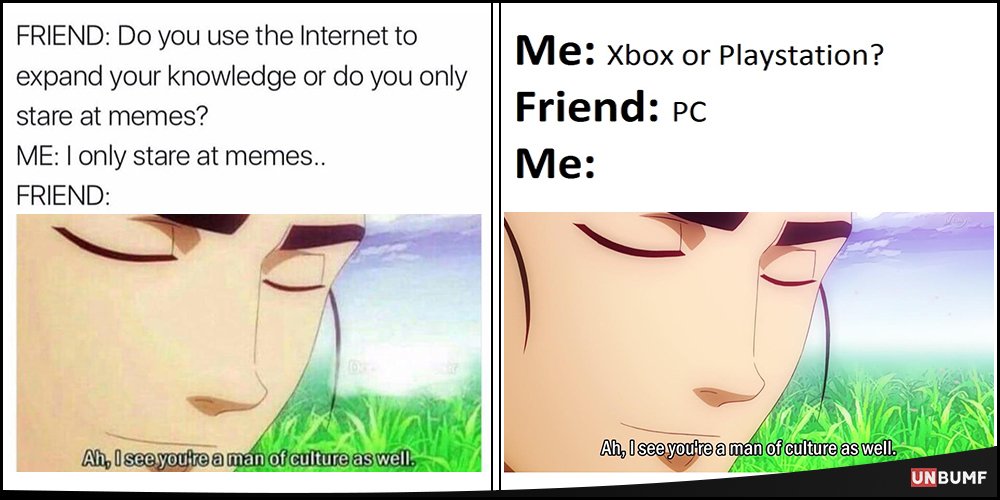 H: This was followed by United Airlines, following a video of an Asian man being dragged through a plane by security since his seat had been booked by someone else.

S: If only that sort of thing were allowed in this studio. But this did produce a flurry of memes that filled up everyone’s timeline and we’ve got some for you. 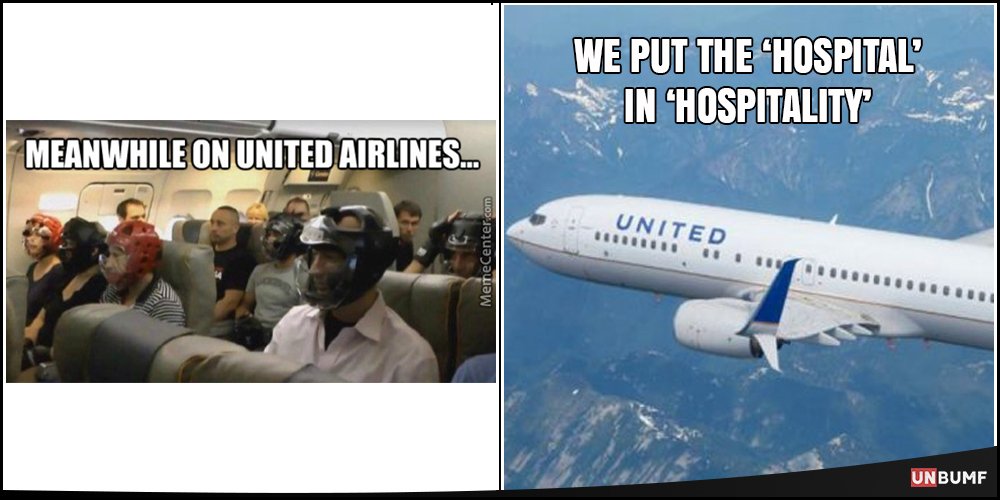 S: And now we come to May, the month of my birthday, everyone.

H: Nobody cares, Siddhant. What we do care about, are the memes that became popular during this month and the following. This is my personal favourite period, as far as memes of 2017 is concerned.

S: I have to agree. This month introduced the world to fidget spinners, which became a meme unto their own. And you may look, but you may never see, JOHN CENAAAAAA!

H (sighs): If only I couldn’t see you. Anyway, watch this space for the finest examples of both these memes that we could find. 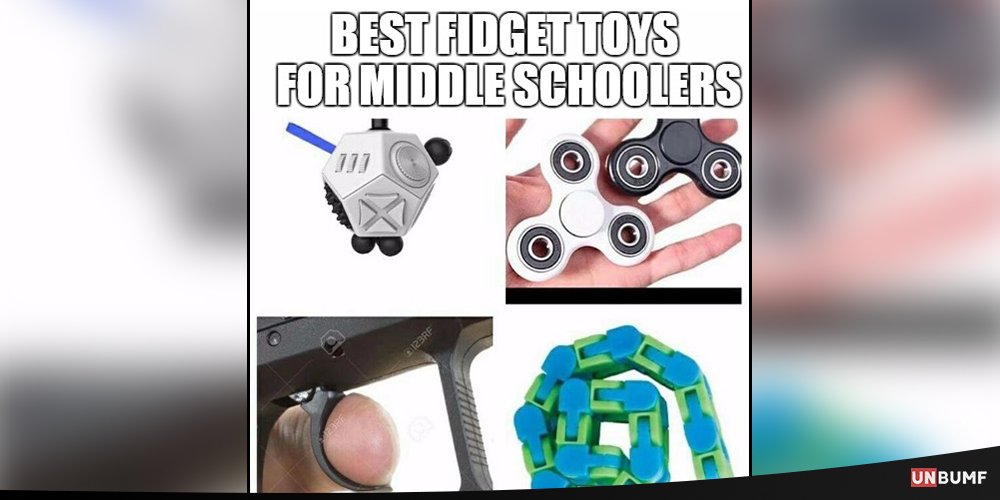 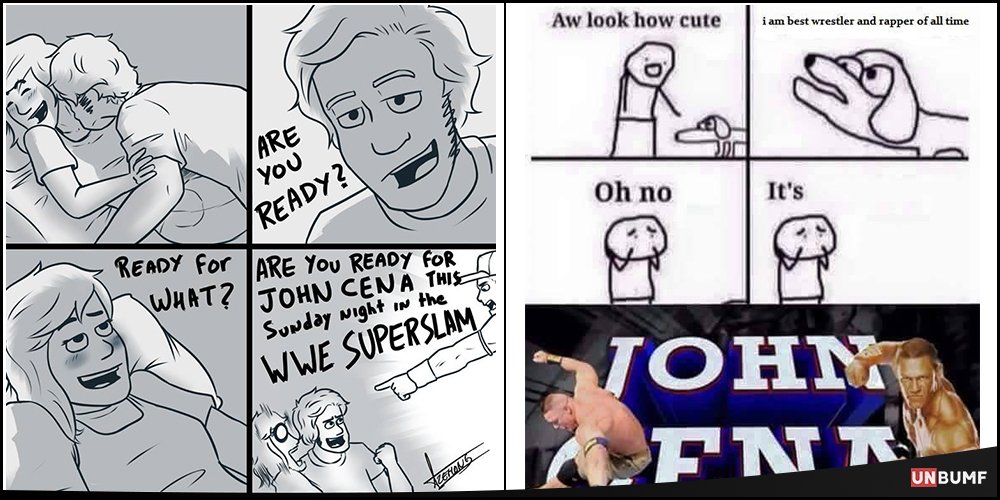 H: Let’s not forget our other two contenders. Spongebob, a meme mainstay since Lord knows when, and the floor is lava, a new, hitherto unknown format.

H: I see what you did there, Siddhant. If only I could unsee that, though. Let’s just get on with our examples. 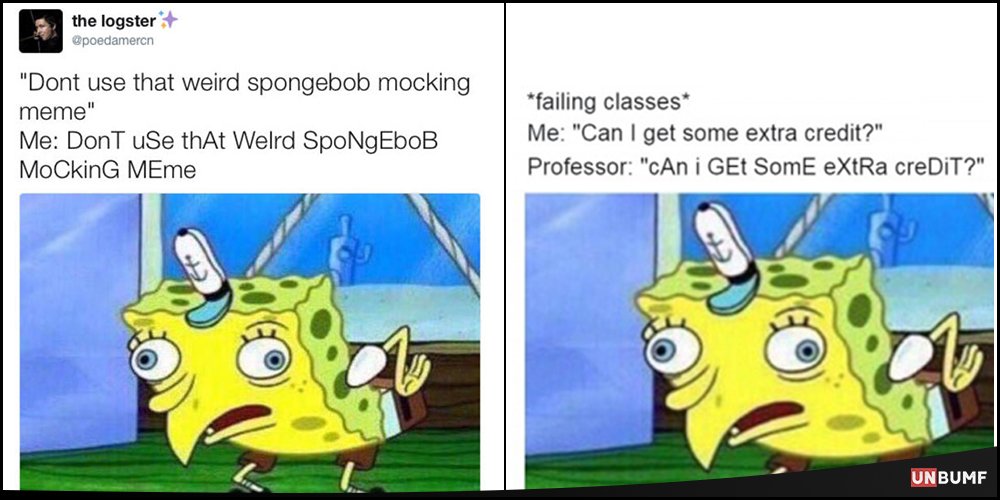 S: Well I have to say, Harsha, that the next one is my favourite. I mean just check out the memes. They need no explanation whatsoever. 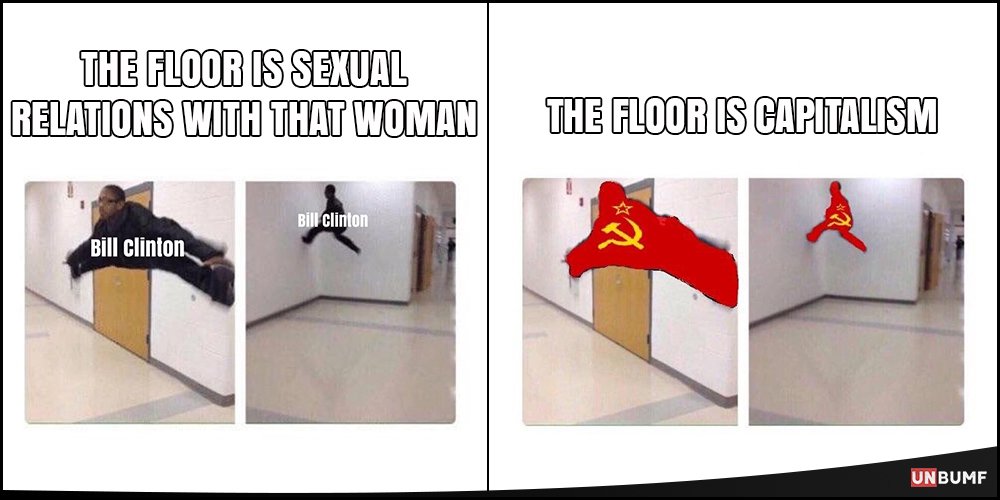 H: This one was even spread around the offices here. It had you as the jumping man and the caption reading, “The floor is ‘being a man’.” Haha, that was funny.

S: Welcome back ladies and gentlemen. Without further ado, let’s begin with the second half of this year.

H: And in July, we said hello to Snapchat. We’ve seen them come up with some ridiculous filters – heaven knows that if I see one more photo of Siddhant with dog filters, imma cut someone. However, the little hot dog that they introduced drew a lot of attention. Take a look 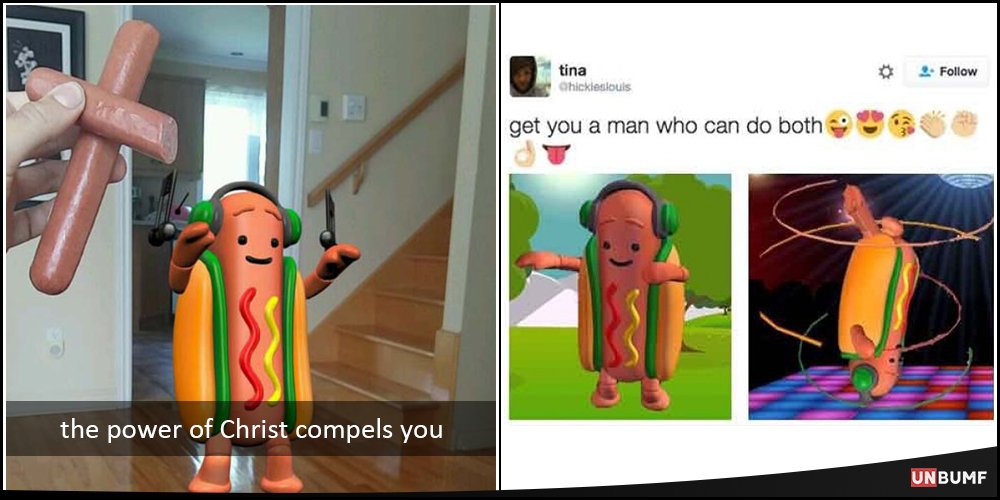 S: The dog filter does bring back memories. Although I do wonder if you’ve ever used it Harsha, seeing that it would be so hard to tell the difference if you did. Or do you prefer the bitch filter? *effeminate laughter*

H: Ah, Siddhant, Siddhant. You just attacc. You have lousy combacc. Your face looks like a ballsacc. Of course I am just kidding, haha (or am I). This is just an example of another of June’s memes. No explanation required, just enjoy. 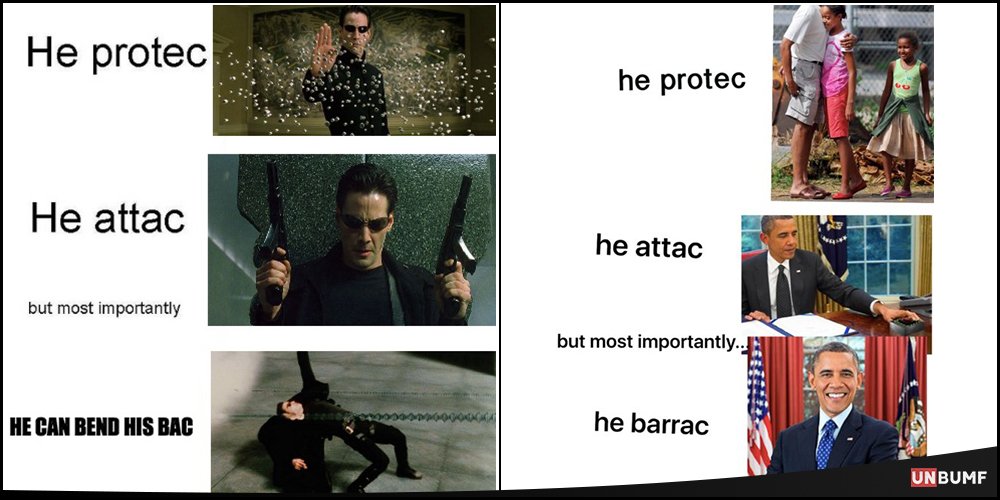 S: Bitch filter it is then.

S: I was just mentioning that we must make an honourable mention for AISE KAISE BC.

H: Oh my goodness, how could I forget? This one is pure gold. What’s even better is that it’s fully desi, much like the kind of alcohol my friend here likes. 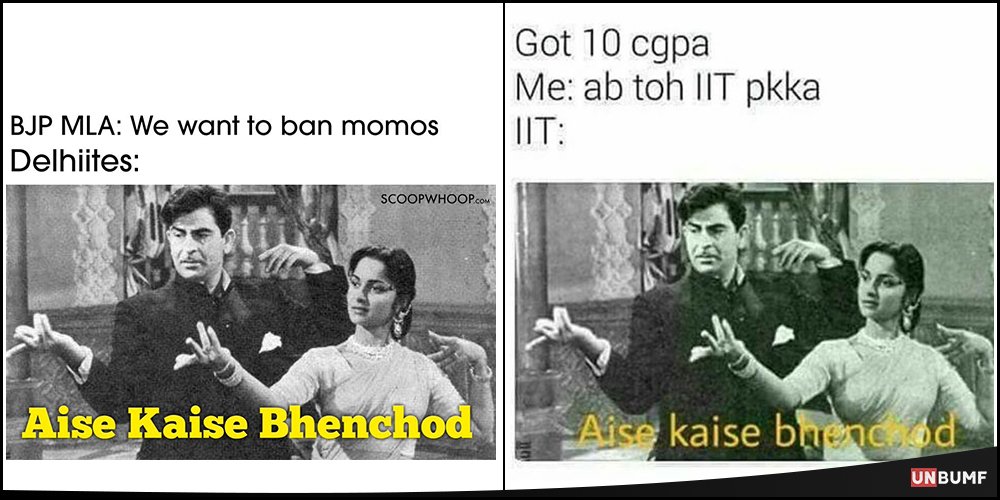 H: Moving on to the month of our independence. What did you think of this month, Siddhant?

S: This month, celebrated the independence of women by giving us two beautifully misogynistic memes.

H: Your favourite month, I am guessing?

*S smiles and mouths something to Harsha who looks angry*

S: The very first one is a meme about a man looking at another woman while there is one at his side.

H: One could even refer to it as a pictorial representation of why Siddhant is single. Awww. 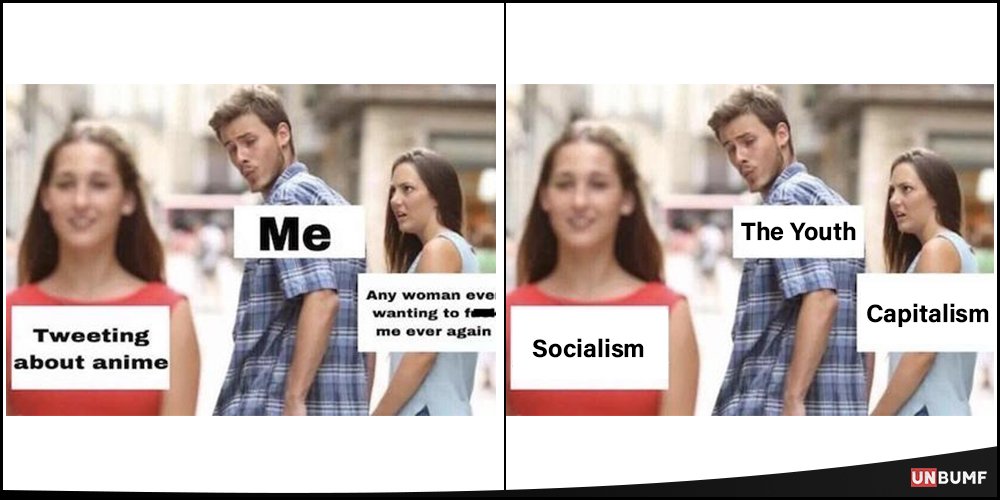 S: For once, I side with you. Thankfully, women know how to shut these assholes down.

H: Is that experience talking, Siddhant? 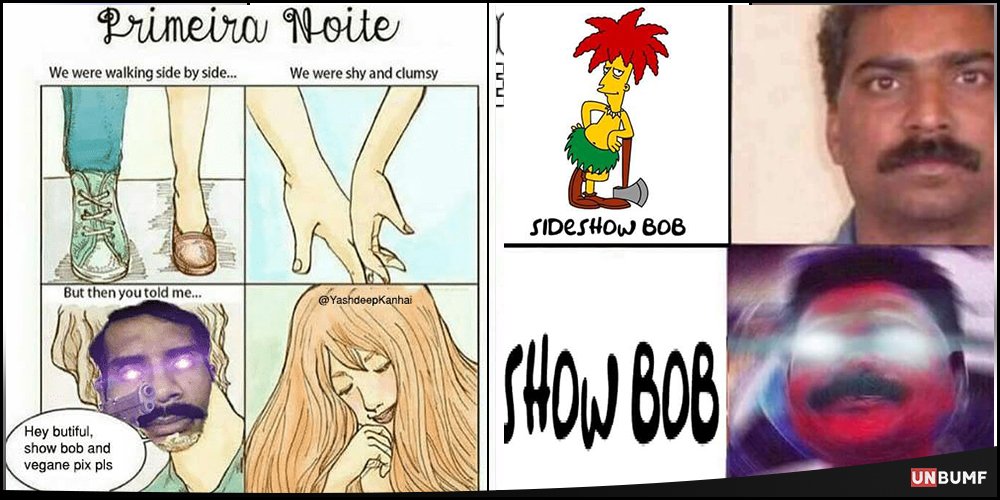 S: September brought us Nagarpalika. A video of a man talking about how we as a people need to unite to improve our country, which was followed by the man tripping on something and uttering endearments most people reserve only for people like Harsha.

S: Take a look at some beautiful and creative Nagarpalika memes. 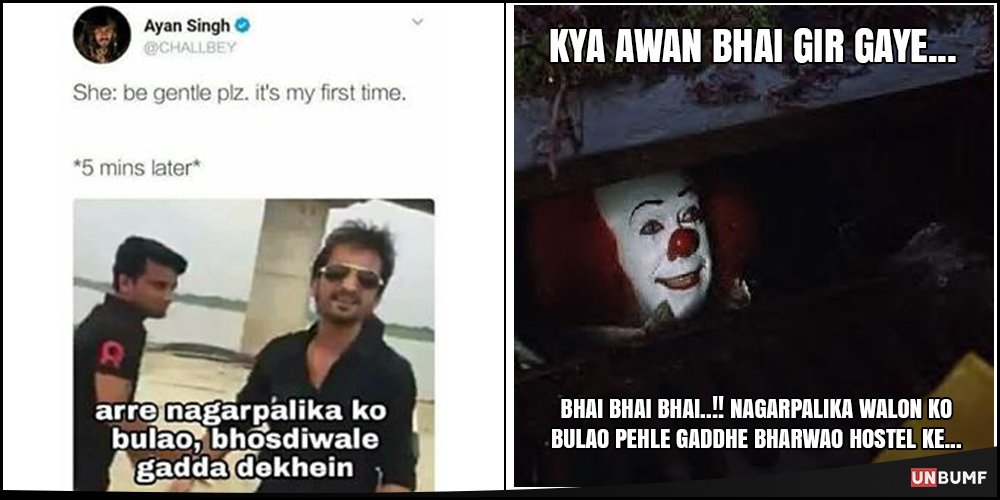 H (clears throat): Moving on to Man’s Not Hot. All of us were besieged by strange sounds emanating from a rapper’s mouth. It did confuse most when people started calling it music, but it was revealed later that the song was meant as a parody for modern day rappers.

S: And so we have for you, a selection of memes on The Ting Goes Skrrrrra and Man’s not Hot.

H: A nickname for our very own Siddhant. Haha. 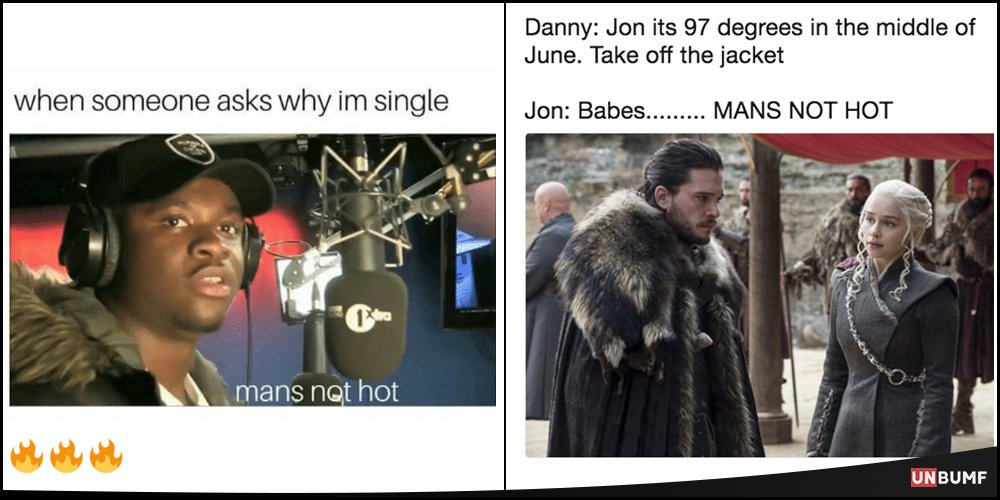 S: This brings us to October, where the weather truly began reflecting Harsha’s soul.

H: I quite agree with that, actually. The memes, on the other hand, were fire. KBC memes ruled the internet along with—

H: Or as your girlfriend said before she left you, ‘come less’ fast. Haha. But jokes apart, a video of a boy that was meant to be a reality check, took the whole online world by storm, thanks to the boy’s addicition to, well “Sulochan”.

S: And if you get the time, check out the original video on YouTube. 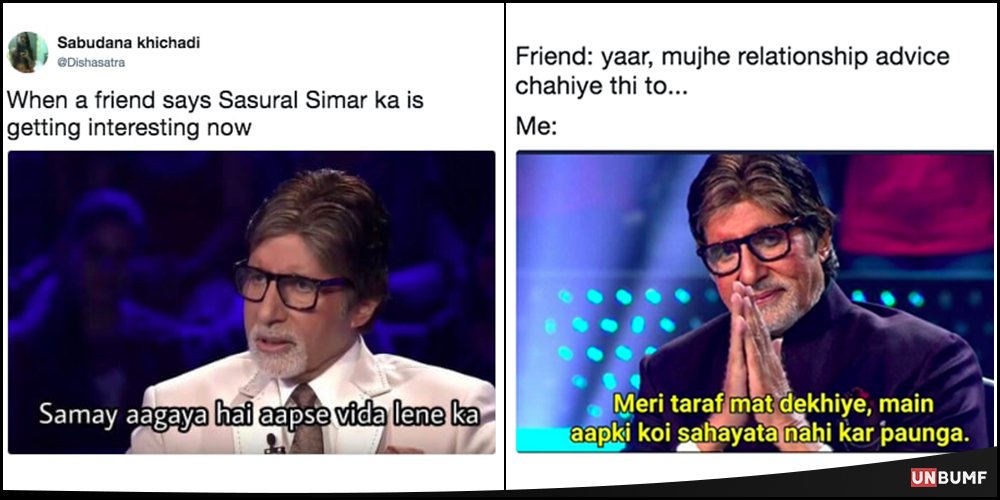 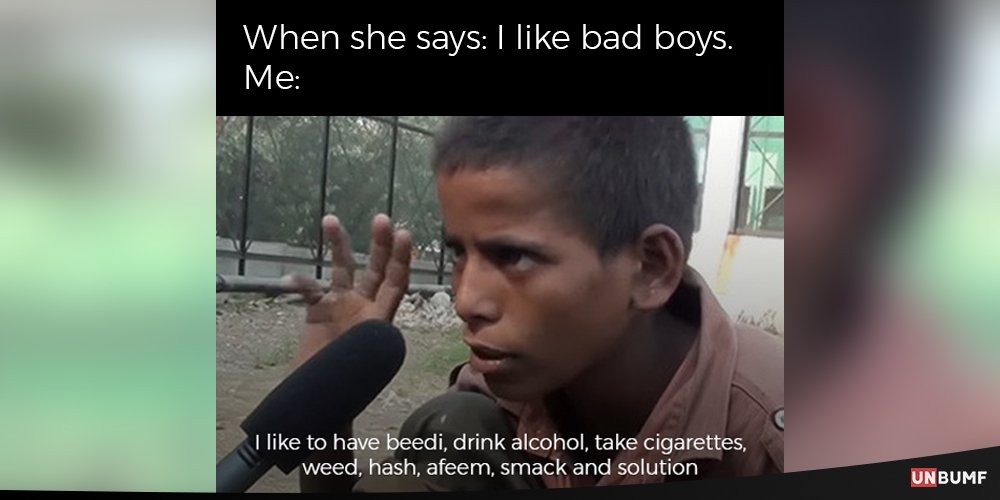 S: But gentlemen and brothers, nothing can compare to the memes of the month of November. Yes, you know what I speak of. No-Nut November.

S: Memes began spreading about how the month of November was to be devoid of orgasms or ‘nut’ as the Americans call it. Childish, I know.

H: Yes, I understand. After all, there are kids and adults and then there are legends like you who celebrated No-Nut 2017. How’s the therapy going, by the way?

S: That’s none of your business, you bi—I mean, let’s take a look at some No-Nut November memes. 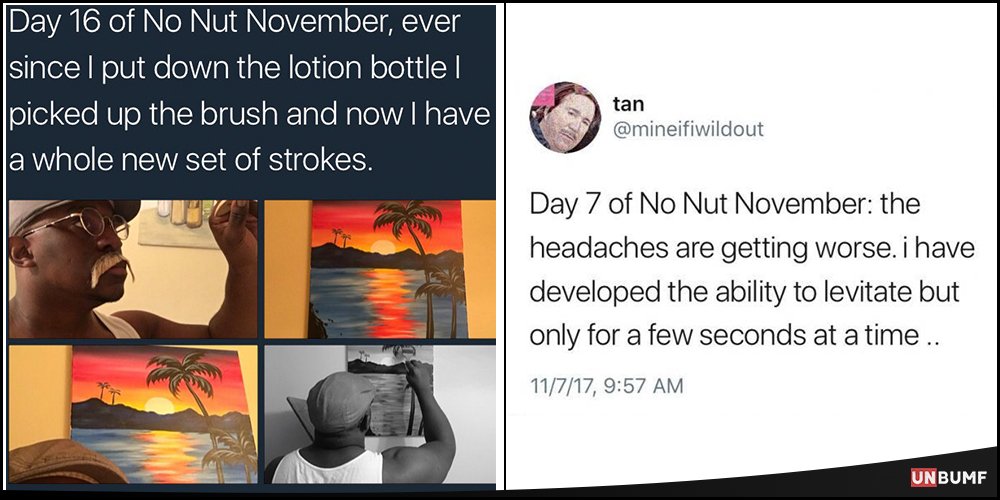 S: Of course who can forget Stranger Things, the Netflix sensation that swept the world and reigned even in the world of memes. 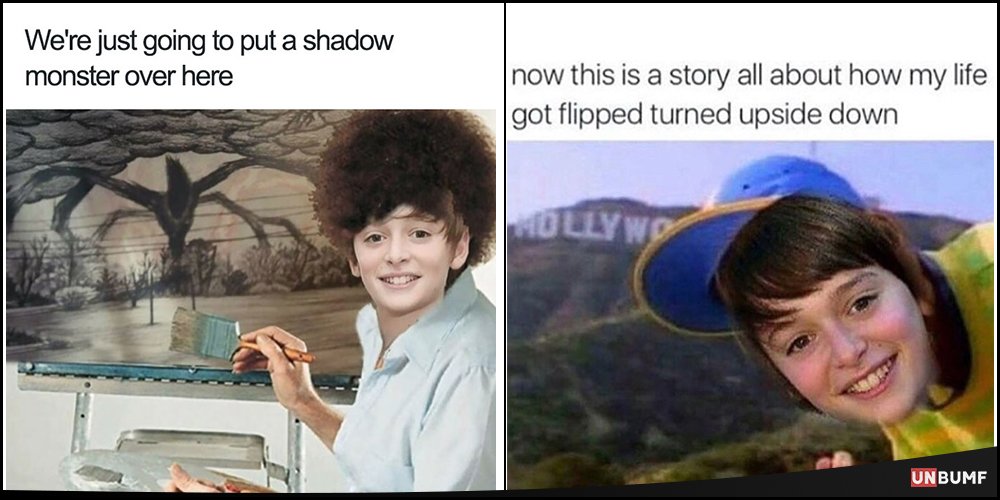 S: A show that should be known for Winona Ryder’s very realistic portrayal of Harsha i.e. a lonely, harried and aimless woman who screams a lot.

S: The year ends here and so does, thank God, this program. December is the month of Christmas and New Year. But this year, something else took place.

H: That’s right. The famed wedding of Virat and Anushka happened and so did the memes. Just take a look at these. So funny! 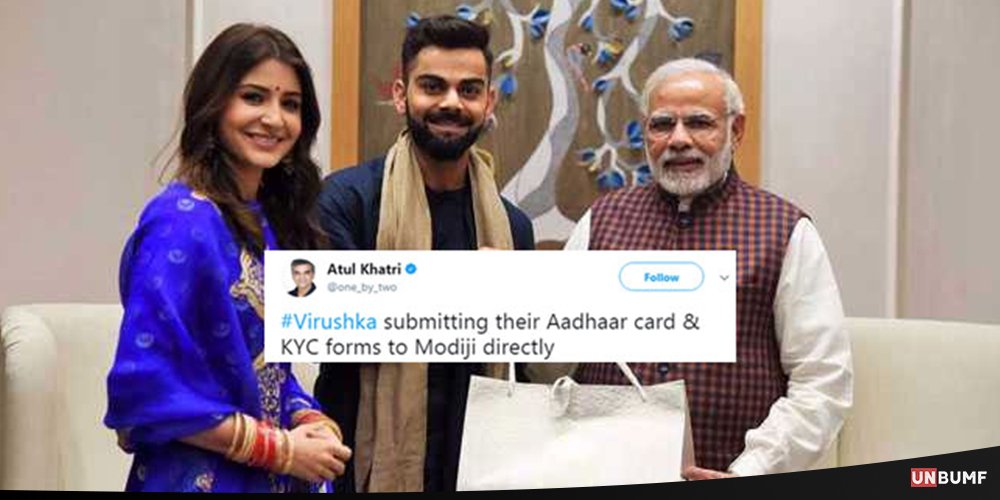 S: And that, ladies and gentlemen, brings us to our final meme.

H: The last one, my friends. And we’re not going to explain it. We’re just going to leave you with this one. 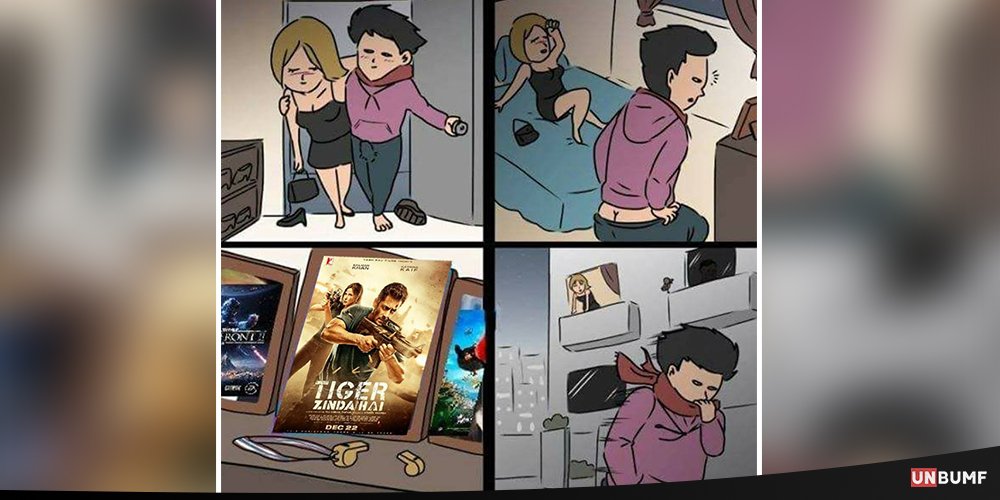 H: Person goes out with another person. Sees something that turns them off. Leaves. Sounds a lot like all of your dates, Siddhant and—

S (leaps up from chair): OKAY THAT’S IT! IMMA GO FULL UNITED AIRLINES ON YOUR ASS, YOU EVIL, AND SCHEMING WITCH!

H (flings cup coffee at S): BRING IT, YOU HAIRLESS BITCH! LET’S SEE HOW MUCH NO-NUT 2017 HAS STRENGTHENED YOUR ARMS!