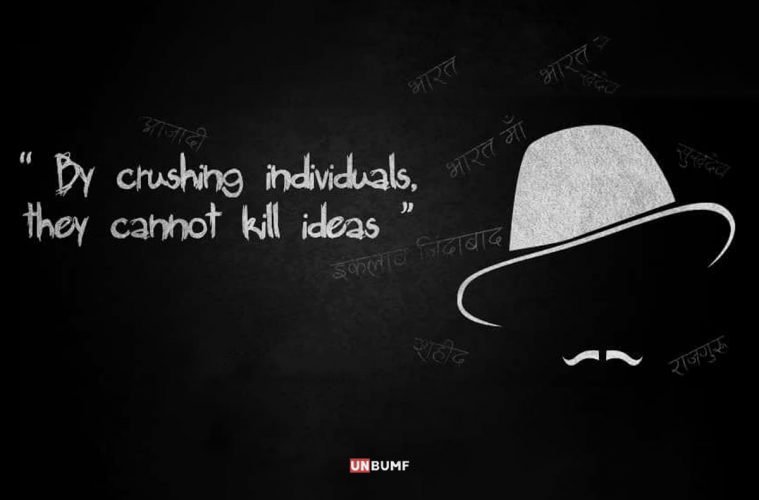 Some people leave their footsteps so prominent that one cannot overlook them. Shahid Bhagat Singh was one of them. This legend was one of those sons of our motherland who didn’t let her down. One of the few crazy ones for whom notion of getting educated and finally getting settled like society wanted him to was not worth the try.

You may have 10000 plus followers on twitter who follow every single word you say, but do you really do something that significant which makes people listen to you, makes them follow you in REAL WORLD? We are part of that generation where majority of the youth consider bollywood & hollywood heroes as real heroes. In this part of the series, we are presenting Bhagat Singh’s thoughts which not only inspired the youth at that time; but every word stands true for today as well. 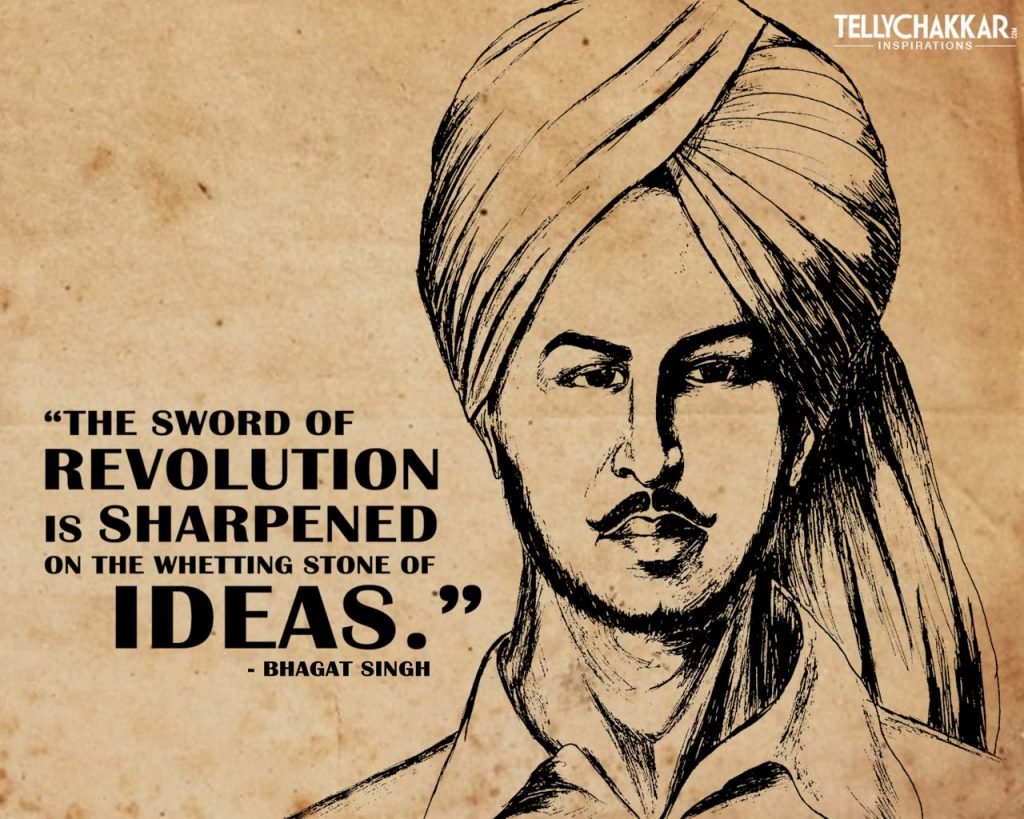 Even at the age of 18, Bhagat was a greater visionary than most of the leaders of that we have today. He truly understood the power of youth and knew how important it was to unite youth for the cause of Independence. Following excerpts are from the manifesto of Naujawan Bharat Sabha founded by him in the year 1926:

“Those who want to be free must themselves strike the blow. Young men, awake, arise; we have slept too long! We have appealed to the young only. Because the young bear the most inhuman tortures smilingly and face the death without hesitation. Because the whole history of human progress is written with the blood of young men and young women. And because reforms are ever made by the vigour, courage, self sacrifice and emotional conviction of the young men who do not know enough to be afraid and who feel much more than they think”

Name 5 leaders who can speak such inspiring words today? It is our misfortune that the answer is blank. Further addressing the youth of the nation he stated:

“The task before the young is hard and their resources are scanty. A great many obstacles are likely to block their way. They must see the hard and difficult path that lies before them, the great tasks they have to perform. Young men, do not get disheartened when you find such a great battle to fight single handed, with none to help you. You must realise your latent strength. Nine times out of ten the best thing that can happen to a young man is to be thrown overboard to swim or sink for himself”

Isn’t it glorious to read such fiery words written back in 1926 by a teenager? At the same time, give a thought to 45+ year old young men who are supposed to be our youth icons and yet are rudderless on national issues. Bhagat Bhai, we truly miss you.

“Were it not the young men of Japan who came forth in the hundreds to throw themselves in ditches to make a dry path to Port Arthur? And Japan is today one of the foremost nations in the world. Were it not the young Polish people who fought again and again and failed, but fought again heroically throughout the last century? And today we see a free Poland. Who freed Italy from the Austrian Yoke? Young Italy.”

If given a serious thought one can see that the fire is always there in young hearts that untapped potential should be out there focusing on the cause the young Indian believes in. If one young boy could bring so much fire to the entire nation, imagine tens, hundreds or thousands of Bhagat singh in 2017.

Towards the end, again focusing on the youth of the nation, he stated –

“Let, then, young men think independently, calmly, serenely and patiently. Let them adopt the cause of Indian independence as the sole aim of their lives. And let them stand on their own feet. Let them remember that ‘the making of a nation requires self sacrifice of thousands of obscure men and women who care more for the idea of their country than for their own comfort and interest, than their own lives and the lives of those who they love.” 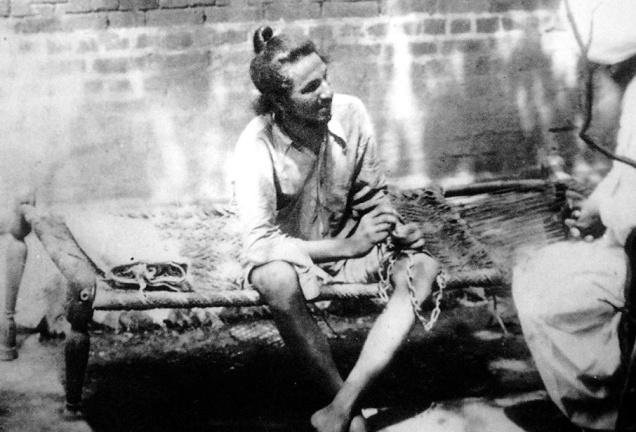 Undoubtedly, we miss him. We miss such words. We miss inspiration. And we miss that spark to make us sacrifice for our nation. We miss that fire. We don’t know how to bring back all this but Bhagat Bhai, we assure you that we will not step back when it comes to sacrificing our lives for the nation.