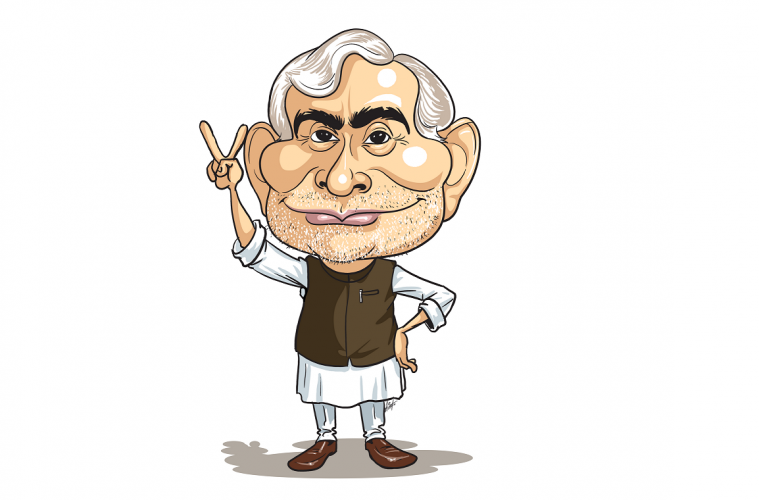 Bihar 2019 – Is ‘Mahagathbandhan’ Failing To Succeed In The State?

The battle is within and not against NDA. Congress smells opportunity in Bihar.

Bihar is among few politically conscious states in India. One can hear political discussions on every street across the state. With 2019, Loksabha Election around the corner the political climate in the state is heating up.

1. 2014, Parliament election in Bihar, was a personality battle between Narendra Modi and Nitish Kumar.

2. Love and hate relationship between BJP and JDU party workers.

The political impact of these events on the ground has serious ramifications for leading political parties in the state.

The politics in the state witnessed a full circle with Nitish Kumar returning to NDA in 2018 after 5 years to head the government in the state. This political churning has resulted into major realignments and heartburn. The party that has benefitted the most from this churning is the BJP. As per Center for Empowerment Studies (CFES), New Delhi, survey conducted in the state, 68% voters want Narendra  Modi to continue as the PM. On the other hand, nearly two third voters in the state think that Nitish Kumar has lost voter’s confidence and has digressed from his agenda of development. There is a dent in the image of Nitish kumar and his development politics. 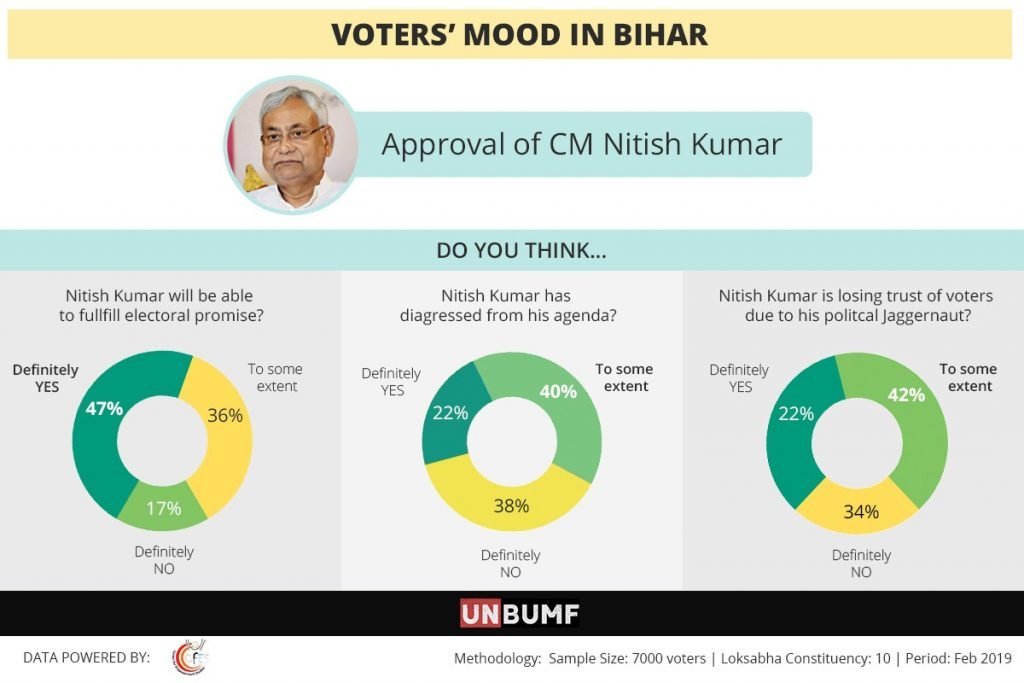 With Nitish joining Modi, there is a vacuum in the opposition. With Lalu yadav in jail and the rift in the family, RJD is struggling. There is no sympathy for Lalu Yadav and family on the ground. Contrary to popular perception, 70% voters ruled out any political conspiracy for Lalu yadav being in jail. 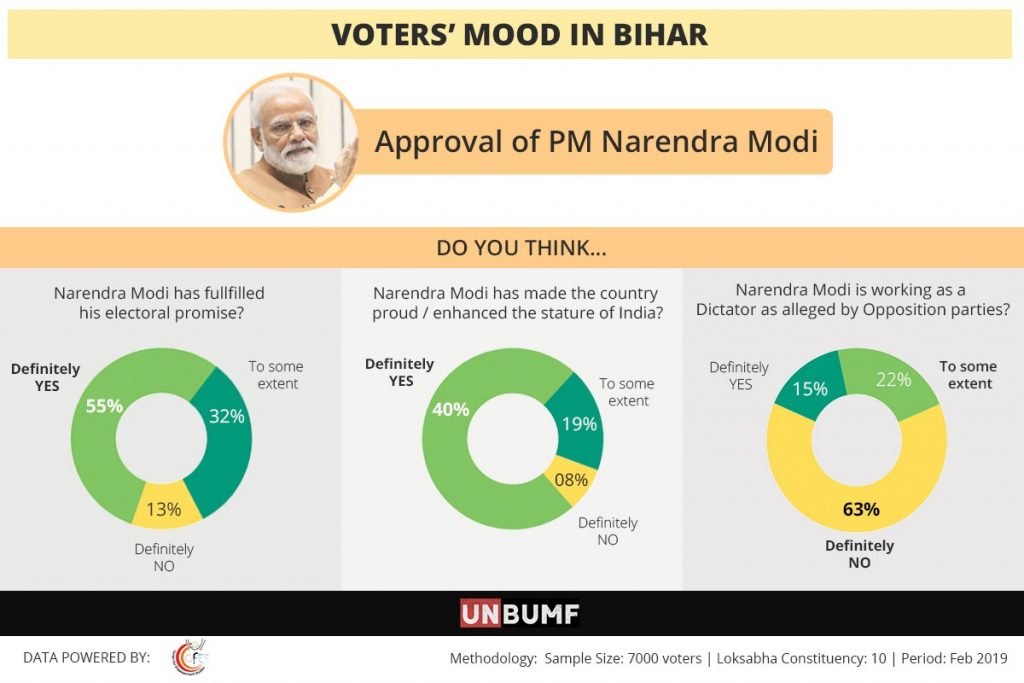 With Muslims returning to Congress and Yadavs splitting between RJD and BJP, Congress has golden opportunity to revive in the state.

Since 1990, the politics in Bihar has been revolving around Lalu Yadav. His MY experiment branded as social engineering accounted for 40% vote share, provided solid base to the party. Nitish Kumar successfully  emerged as challenger to Lalu yadav to dislodge him from power in 2005 by aligning with BJP. The 2015 Mahagthbandhan in Bihar resulted into revival of anti BJP forces at the cost of Nitish Kumar. 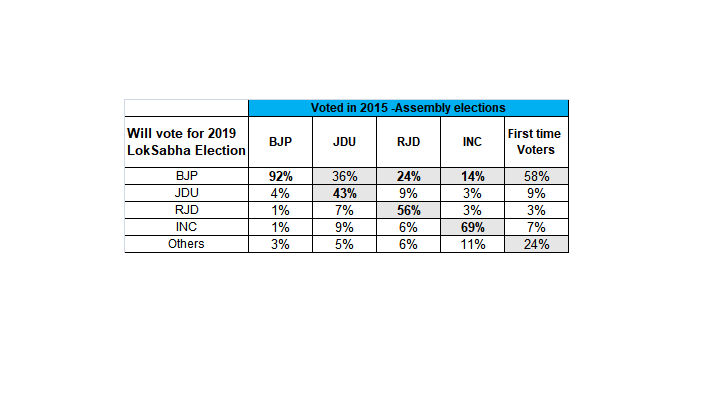 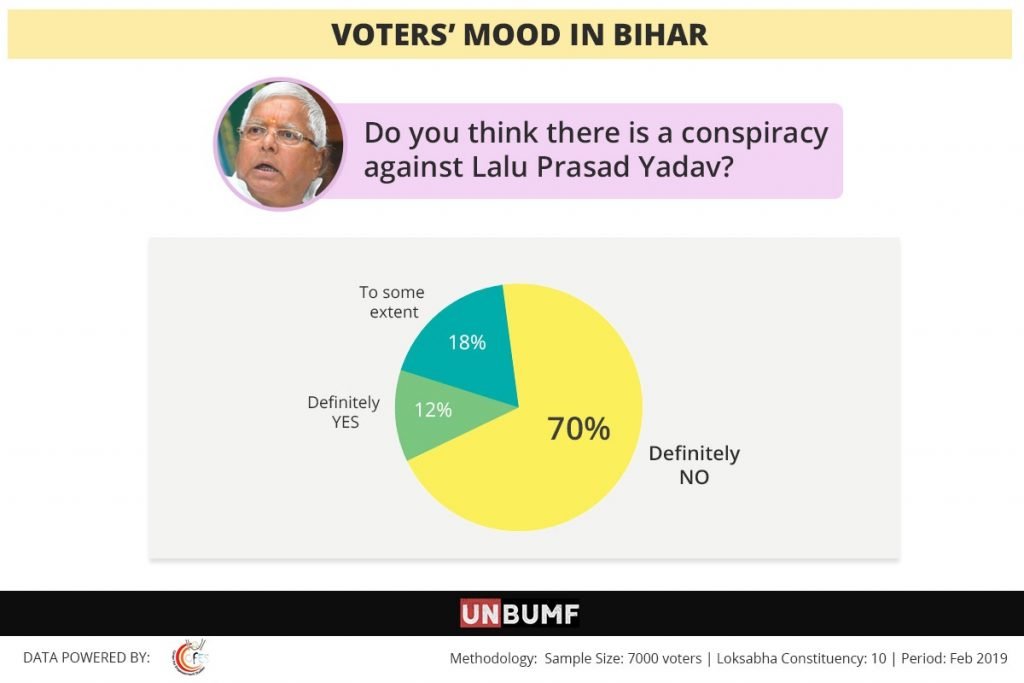 In Mahagathbandhan, 69% of Congress voters compared to 56% of RJD voters who voted for them in 2015 assembly elections will continue to vote the party in this forthcoming election. 1/4th of RJD voters are swinging towards BJP. RJD minus Lalu Yadav is struggling to keep its voter base intact. Congress sees an opportunity to revive the party, emerge as a challenger to BJP –JDU and become a stronger player in the assembly election. The party has sensed the opportunity and is more than willing to size it. While you are reading this article, RJD leaders in Jharkhand are joining BJP where Congress is no mood to give space to this party. 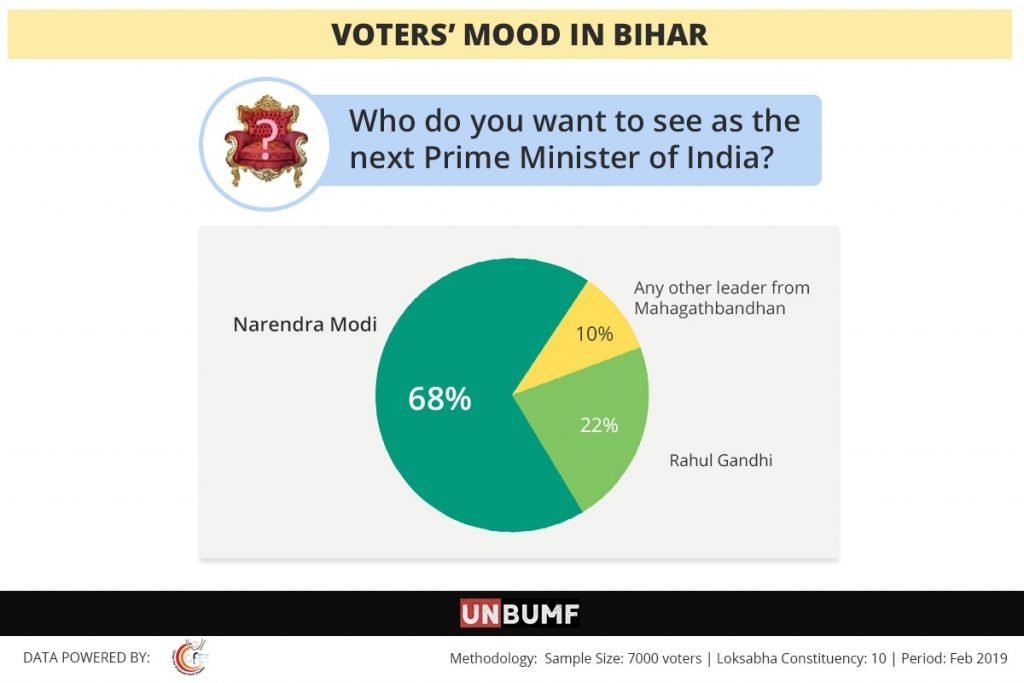 The fight in Mahagthabandhan is more within, to emerge as a challenger to NDA in the state. For the first time in 30 years, RJD is a junior partner in this.