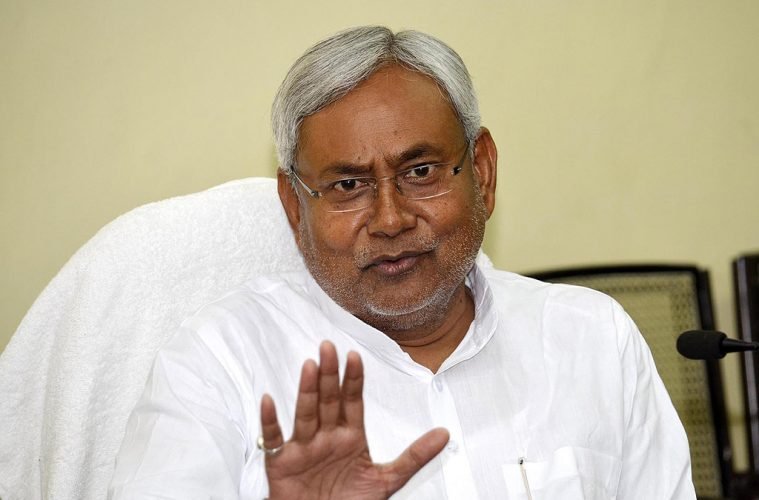 Bihar CM Nitish Kumar Resigns. What’s In Store For The State Next?

Bihar politics has always kept us on the edge. It has all the essential features of a big movie blockbuster. Dynasty Politics, criminals-turned-politicians, foes joining hands against a common enemy and a rich heritage of sheer opportunism. It is literally the ‘House of Cards’ in action. With Nitish Kumar quitting as the Chief Minister of Bihar unexpectedly, the edge could not have been sharper. This is definitely a cliff hanger.

The biggest episode of this family entertainment has to be the ‘Mahagathbandhan’. It was the first time that two sworn enemies, came together for their political survival.

Mahagathbandhan came into being as a result of the union between Rashtriya Janata Dal and Janata Dal (U). It also had a significant intervening of Indian National Congress. The tripartite handshake took right before the legislative elections in Bihar against the rising Bharatiya Janata Party. Unlike the most popular prediction that the grand association would crumble down.  Or Nitish Kumar may not be able to sustain ties with Laloo Prasad Yadav, they have proved themselves the first successful.  The defeat for National Democratic Alliance by a huge margin was the second setback after the Delhi fiasco.

It seems like the political astrologers were not completely wrong when they said that ‘Mahagathbandhan’ started to show signs of self-destruction very early. One of the first hints exposing the fragile coalition between the two parties came into news when the criminal-turned-politician Mohammad Shahabuddin praised Laloo Prasad Yadav. He showed his loyalty to the former Chief Minister. At the same time, he also said that ‘Nitish Kumar is Chief Minister only due to circumstances’ after coming out of Bhagalpur Jail. Nobody from RJD refuted the statement. RJD supremo Yadav even stepped ahead to defend the statement.

The incident snowballed into a big controversy. It was followed by many fatal blows to the Mahagathbandhan. Which was in the form of a series of allegations and CBI raids on the Yadav family.

After Nitish Kumar’s resignation,  it will be more difficult for the situational friendship between opposition parties. To survive,  parties will have to portray a clean corruption-free image. Nitish, by resigning, has shown his no nonsense attitude towards corruption.

The breaking of Mahagathbandhan will have some serious repercussions.

With the growing numbers of allegations and trials on RJD ruling family, Nitish could seek support of BJP. The Big Bang will also release Congress. Nitish will not be seen as an ally by any opposition party, anymore.

The decision of High Court in the case against Laloo will also play a very important role. Having won more seats than Nitish, Laloo could attempt to take over the government with the help of his sons.

So far, Nitish Kumar was on the horns of a dilemma, with every new allegation on his political other-half. It was one of the most complicated situations with various possibilities. However, with his resignation, he chose what he always believed in. He put principles above power. That’s probably why he won Bihar in spite of joining hands with Lalu before the elections.

BJP will most certainly benefit from it as it could get the support of JD(U) (most probably) once again. These repercussions can also take place as a result of the arrest of any member of the Laloo clan by the central agencies.

What more, with one tweet, PM Modi has given out strong signals about the future of Bihar.

Politics is indeed a funny game.