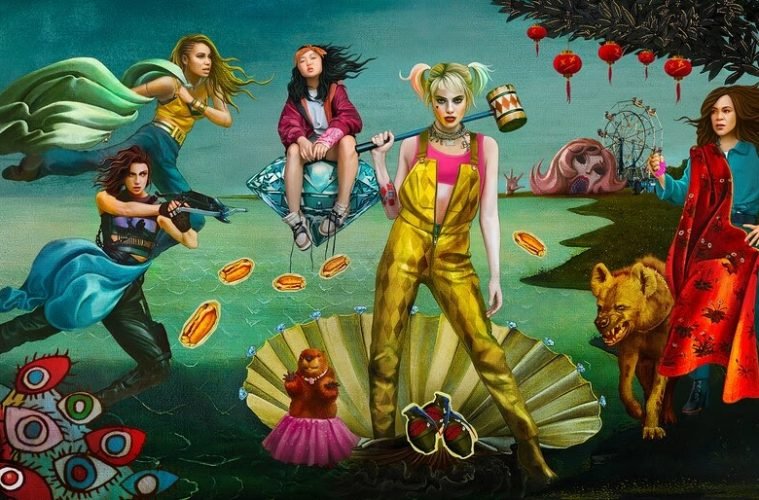 One of the finest moments in Birds of Prey comes not in the form of an action sequence, or the women teaming up sequence or even a comedy bit. It is a simple scene in a diner with everyone eating tacos and hyping each other over how badass they were. It is deceptively simple but a powerful scene, showcasing the nuance behind the camera and the careful attention to maintaining thematic heft.

Following a pretty standard, MacGuffin centred plot, the film does take its time setting up the major players. This involves breaking the fourth wall, exposition that switches backward and forward in terms of time and some very zany storytelling. Stylistically, Birds of Prey is refreshing, which is why all of the plot set up does not feel boring or dragged. But it does exert a pull on a film that feels like it just wants to break free and explode. Still, it does allow the viewers to spend more time with the characters, an amount of time that may feel more than necessary, but never unwelcome.

One of the primary reasons for this is Cathy Yan’s direction. Combining insanely colourful and almost psychedelic set pieces with an in-your-face, bonkers level of insanity, Yan’s stylistic choices leap from the screen. It is an experience akin to reading an actual comic book and that is what helps some of the over-the-top choices she makes.

Character introductions with themed text describing who they are and sometimes what they want, surreal cinematography, set design that feels like a circus and of course, each and every character’s design; all choices made to serve a purpose and credit to Yan for not holding back.

Another element that Yan brings out, as I mentioned before, is nuance. Instead of crafting a sequence that gives opportunity for the audience to hype the characters themselves, she has the characters do it. We watch them hype each other, praise each other, help each other and ultimately, team up with each other. It feels self-contained and not designed to serve a narrative or send a message.

It feels like a film about a group of women united by circumstance and how they battle it to win while also growing in the process. And once its over they have dinner and joke about it. It’s powerful without being overt and it’s so well done that one can’t help but laud Cathy Yan’s direction and Christina Hodson’s writing. Hodson is also the writer for the upcoming Flash movie and BoP has me equally excited for that now.

However, none of what Yan set out to do would be possible without Margot Robbie, who plays Harley Quinn and is also producer. Robbie has fought for this film for years and it’s clear that she deeply cares about. Her portrayal of Harley Quinn is truly transcendent. She switches from experienced psychiatrist to badass bad girl in a manner that would be terrifying if not completely enchanting. 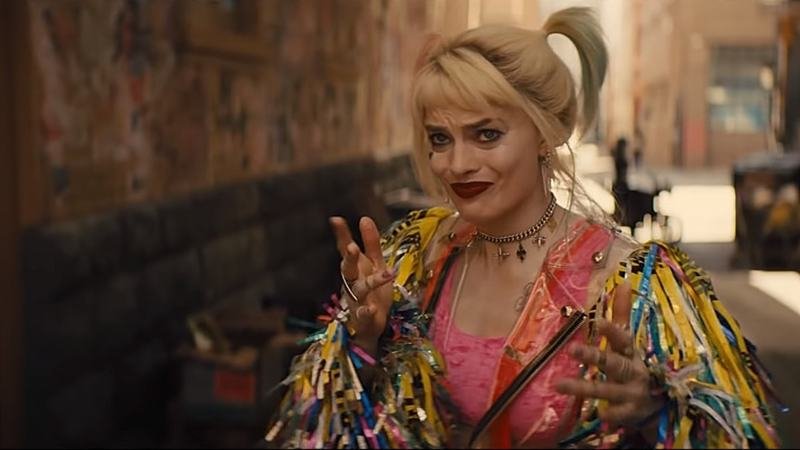 Harley Quinn is one of the most evolved and layered characters in DC Comics and it’s so heartening to see that Robbie gets her completely and gives it her all to bring Quinn to life. Every layer and facet of Harley is touched upon in Birds of Prey and I truly hope we see more of her in future films.

The supporting cast is just as good, matching Robbie in every respect. Jurnee Smollett Bell is probably the standout when it comes down to it, embodying Black Canary in every way. She fights like the canary, sings like her and when the time comes, screams like her. It is a very faithful adaptation of Dinah Lance, from the comics, and another notch for the movie when it comes to its faithfulness to the source material. Jurnee brings a damaged, no-nonsense attitude to her interpretation of Lance, rendering her the best amongst her co-stars, which is saying something because they are all excellent.

Mary Elizabeth Winstead gets short-changed a little, her role being little compared to the rest of the gang, especially since she spends so little time with the rest of the gang. Their stories are more involved with each other than hers is, so it feels like she is a guest character in a movie that should highlight her just as much.

Despite that, her dry and humourless portrayal of Helena Bertinelli is a scene-stealer on at least two occasions and so is her fighting prowess, when fully on display. Ella Jay Basco, playing Cassandra Cain, is probably the only character nothing like who she is based on. But her spunky and lovable portrayal of a pick-pocket provides the perfect narrative thread for our heroines to come together. Her chemistry with Robbie is astounding in some scenes, if I might add.

Rosie Perez is just, well, fantastic. The cop who just cannot seem to get things done the right way seems to be tailor made for an actress of her caliber and she seems to know that. Renee Montoya is badass, fearless and takes no shit from anyone, a portrayal possible only because of Perez’s immense talent. Chris Messina is just apt as Victor Zsasz, one of Gotham’s most notorious serial killers. He isn’t given much to do though, shining only in a few scenery-chewing moments.

It is Ewan McGregor’s portrayal of Roman Sionis aka Black Mask that truly deserves the honour of chewing up every frame he is a part of. McGregor brings an almost deliciously evil touch to the famed Batman villain, hamming up everything about him, right from his ridiculous wardrobe to his playful but horribly violent tendencies.

He is abusive, narcissistic and plain deranged in some scenes, and it would be hard not to feel revulsion at the Sionis, considering the things he does in the film. One of DC’s stronger villains to date, McGregor’s performance, while short, proves again why he is one of the finest character actors Hollywood has to offer at the moment. 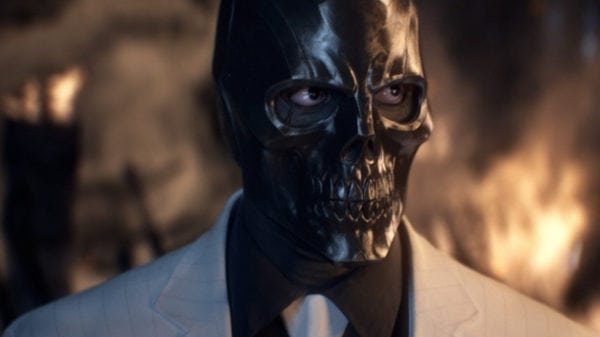 In the end, Birds of Prey just…works. It has ingredients that feel a little wonky at first but just when it starts getting a bit much, the movie jumps into action sequences that are some of the best in terms of the standards set by comic book movies. These action scenes are joined together by layered performances, fully fleshed out characters, solid motivations and a worthy antagonist with an amazing sense of fashion.

Sound crazy? That is because it is. It is stupid fun but also has a surprisingly real and heartfelt story to tell, elevating it more than one would think possible. A plot that doesn’t really have much depth and a few weird jokes don’t hold it down and make it an amazing comic book adaptation of one of DC’s most iconic superhero teams of all time.

Now here is hoping we get a sequel with Harley Quinn and Poison Ivy.