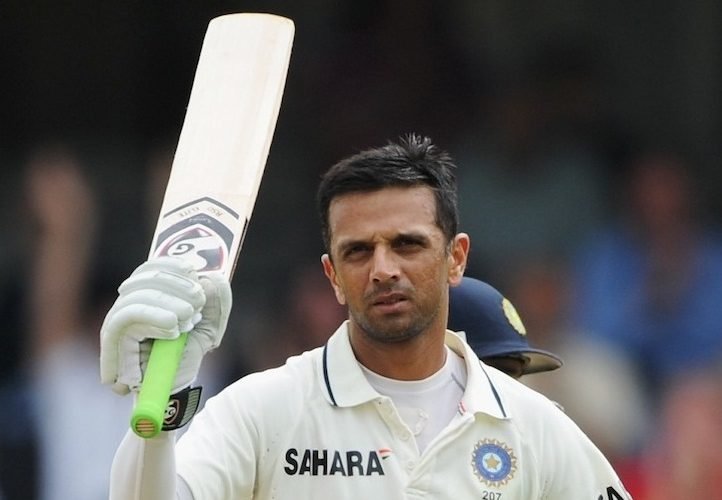 Quoting the legendary Steve Waugh, “Try to take his wicket in the first 15 minutes. If you can’t then only try to take the remaining wickets”. Such was Rahul Dravid’s influence on Indian cricket in general. Often described as the Wall for his resolute defence, Dravid could withstand any bowling attack in the world. The fact that he faced 31,258 balls in test cricket is itself quite monumental. The biggest secret behind his success was his commitment and perseverance at the crease. He could spend hours batting with the same grit and frustrate the hell out of any great bowler.

Every time he occupied the area in front of the stumps, he would make the crowd bow down in adulation and admire him. Coming out to bat at No.3, he was a reckoning force for the team even in dire situations. Whether it was the 180 at the Eden Gardens where he and VVS Laxman made the Australian bowlers dance to their tunes an entire day. Or the 146 at the Oval in 2011, being the last man standing as the rest of the batting lineup fell apart like a pack of cards.

India registered some astounding victories overseas during the Sourav Ganguly era. However if Dada had to be indebted to one man for all those victories, it has to be Dravid. In the 2002 victory at Leeds, Rahul came to India’s rescue after an early wicket. He ended up with a magnficent knock of 148. The fascinating innings of 233 at Adelaide followed by a 72* which stunned the Australians. Or when India conquered Pakistan at Rawalpindi where Dravid registered his highest score of 270.

For a man who was initially not considered in ODIs for playing slow, Rahul went on to score 10000 runs in that format. Coming back with all his dignity, Dravid silenced all his critics with his stellar batting performances. He went on to register 12 hundreds and 83 half centuries. A feat which didn’t happen overnight. An achievement that didn’t come without challenges. But for a man of his mettle, challenges meant nothing more than exhilaration for victories.

As The Team Captain

As a captain, he led the team with valour and achieved test victories in England and West Indies. While his stint wasn’t quite memorable due to the 2007 World Cup debacle, he was a scintillating captain. For someone who has always preferred to stay under the shadows, his willingness to coach the U19 and the Indian A team displays his selflessness. He has been a great ambassador of the game for more than two decades.

In a batting lineup that boasted of Sachin Tendulkar, to make a name of his own and carve out a special mention deserves plenty of accolades. It has been almost seven years since the Wall bid adieu to the game. Still a glance of his cover drive or pull shot is enough to remark him as one of the greatest exponents of text book cricket. A legendary figure, a true gentleman of the game and the perfect role model for millions aspiring to be a cricketer. We wish you the happiest birthday Jammy Sir!