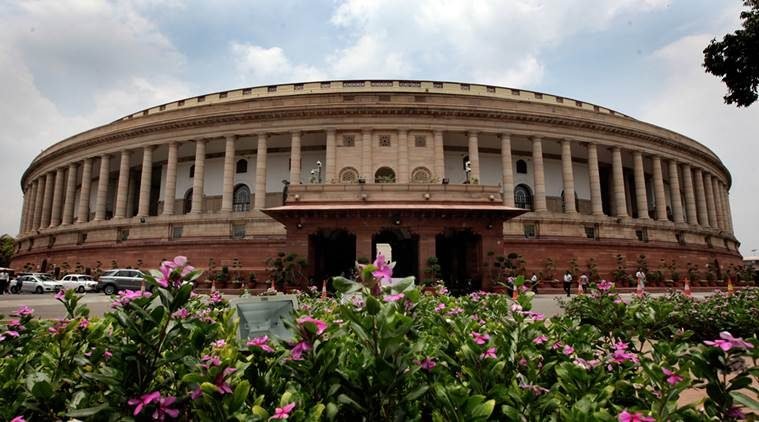 The bugle has been sounded. The alliances have been formed. The many have united against to overthrow the few. In this extremely toxic environment, it seems BJP shall be declared the winner in the 2019 Lok Sabha election. The difference this time is the surprisingly low anti-incumbency the NDA government is facing. Let us analyse the causes for this in an objective manner.

Façade of a Growing Economy

According to the latest estimates the economy is going to slowdown well below 7%. This seems to be a strange happenstance. Especially, considering that the external factors such as oil prices, global market slowdown and even the bellicose US trade policies, are on an ebb. The Wholesale Price Index is down to the record low of 3.8%. The economy has been almost completely monetised again. GST regime is recovering record direct taxes. So why is this not reflecting upon the GDP?

Mainly because GDP is not a very reliable estimate of the health of an economy. For instance, US economy was showing a basic growth even when it was in a deep recession! The base of the Indian economy has been reset. This is as per the new series data of 2012 and hence the GDP seems to have ‘contracted’. The main indicators of national prosperity are basically in the drain. And quite frankly the current regime isn’t to be blamed entirely for it. It inherited the largest population of people below poverty line in the earth, an economy rocked by massive scandals and a service sector left in shambles by the ripples of the 2013 currency crisis in India.

Yet, people still lined up during the demonetisation. GST went from 3 slab tax to a whopping 8 slab tax in less than a year of its implementation and no one batted an eye. Extremely controversial laws like FRBM Act were passed and the entire apparatus of IL&FS came crashing down. Yet, Piyush Goyal could put on a brave face and present a pompous and extremely populist interim budget and statement of account in the parliament this year. Why?

This is because these macroeconomic issues bother us urban middle-class people. The real work done by this government is for the real India, the India in the villages. Gas subsidy, MNREGA-II, Gram Sadak Yojana, Gram Awas Yojana, 100% electrification and the massive and extremely impressive Aayushmann Bharat Health programme has transformed life for an average rural folk. His voice has been empowered and the government has to listen. This was manifested in the massive farmer agitation that rocked the country in late 2018- early 2019. Any one who wants to rule Delhi, rule India, has to first take care of Bharat.

This government, like the other NDA government has a tough military first policy. The BJP regimes usually do great work in rearming, reorganising and giving a free hand to the military. This government, under Prime Minister Modi has taken these to the next level. From promoting a fighting general, General Bipin Rawat, over his seniors as Chief of Army Staff, the cross-border strikes against terrorists and insurgents in Myanmar and PoK and the recent airstrike in response to the Pulwama Attack has given this government a very, very tough image.

In retrospect, this regime has seen exponential rise in violence in the Kashmir valley, especially since the slaying of the terrorist, Burhan Wani, the situation has exploded. The army has been given free hand in the valley and this had pretty much wiped huge number of terrorist cadres, both local and Pakistani from the valley. At the same the time causalities also went up amongst the forces, the latest being the dastardly attack on CRPF personnel in Pulwama.

This posturing has had the effect on bringing up security in the forefront of national politics. This has proven a double-edged sword for the BJP government. With the Rafale issue coming up over and over again, maintaining a tough image will become increasingly difficult to top up in the next term.

The Mahagadbandhan of the grand opposition parties is already fracturing. Infighting and grossly incompetent leadership is leading it towards becoming ineffectual and insignificant politically. What initially was a grand effort to dislodge the ‘tyranny’ of the NDA alliance has been reveal to be leaderless. It was assumed that a much more mature and stable Rahul Gandhi will be the natural leader of this agglomeration.

This was not be though as various regional satraps like erstwhile rivals, Mayawati and Akhilesh Yadav and TMC supremo and West Bengal CM, Mamata Banerjee, all harbour dreams of becoming the leader of this mega-alliance and eventually the Prime Minister. This has led to open conflict of interests and a genuine confusion among even the staunchest supporters of these parties. They cannot decide whether it is prudent to bring India back to the era of extremely unstable coalition governments when the only thing holding them together is the mutual disdain for the present regime.

In conclusion, it is a little obvious that NDA is strong. It is quite clear that there are some important factors veering in the favour of the NDA alliance. At the same time, caution is necessary before coming to any sort of conclusions. In 2004, the NDA, riding high on its victory in Kargil and the bellicose economic growth was trounced by the UPA. Indian elections are as unpredictable as the country itself. The billion strong mandate can both make and break political destinies.