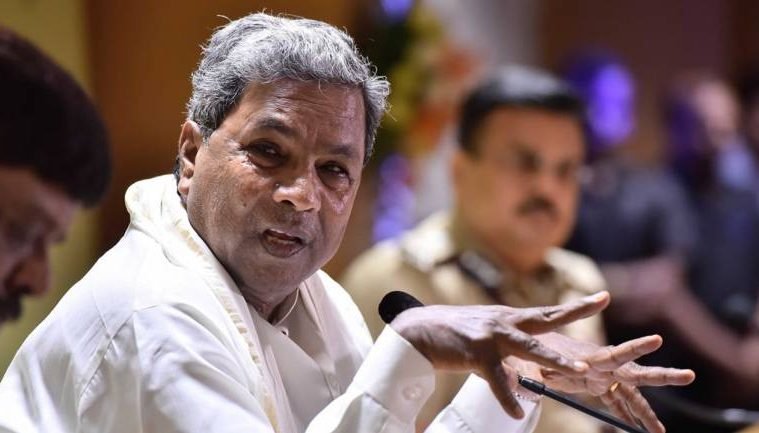 The spokesperson of the Bharatiya Janta Party (BJP), Sambit Patra called a press conference on Sunday to put serious allegations on the current Chief Minister of Karnataka, Siddaramaiah. He stated that Karnataka CM had met ‘absconder’ Vijay Eswaran in China in the year 2013 during the World Economic Forum meet.

In Sept 2013, Siddaramaiah went to attend WEF meeting in China and there he met Vijay Eswaran who is an absconder. There was another absconder and SFIO has called both a national threat.

The Twitter handle of the Bhartiya Janta Party tweeted showing Sambit Patra producing the proof of the meet between Eswaran and the Karnataka CM.

In Sept 2013, Siddaramaiah went to attend WEF meeting in China and there he met Vijay Ishwaran who is an absconder. There was another absconder and SFIO has called both a national threat : Dr. @sambitswaraj #SiddaExposed pic.twitter.com/THJY16nz0l

Now, this could be a casual meet. But then, the political charges put by BJP are hard enough to overlook.

So, what are the charges?

1. BJP said that the Karnataka CM is somehow linked with the Ponzi Scheme called QNet.

2. CM Siddaramaiah met the ‘absconder’ Eswaran in WEF meet in China, in the year 2013.

3. The Karnataka CM was gifted an expensive watch.

4. The Karnataka CM accepted the gift from the ‘fraudster’. Further, he did not declare the expensive watch in the assets and liabilities.

5. And lastly, the BJP questioned the Congress Party for not filing an FIR.

If the words of Sambit Patra are true, it was a ‘premium Hublot watch’. And not to mention the price tag starts from 4.75 lakhs for it.

Before filing the nominations, the contestant has to submit the declaration that shows the worth values of his/her mobile/immobile assets to the Election Commission of India. BJP targeted the Karnataka CM on not declaring the gift in the assets and liabilities section, which somehow indicates that the source of the ‘expensive watch’ was confidential.

BJP questioned the Karnataka Government for not filing an FIR against the Ponzi scheme ‘fraudster’ Vijay Eswaran, despite getting numerous complaints against the company being run by Malaysian businessman. Clearly, BJP is trying to show the ‘established’ connection between the two. To make the issue more clear, let us take a look at Eswaran’s background.

Who is Vijay Eswaran? And what is the Ponzi Scheme BJP is talking about?

Vijay Eswaran is a Malaysian businessman. He is the head of QI group of companies. In 1998, he co-founded a multilevel marketing company that grew and expanded into a company called QI Group. QI Group has its headquarters in Hong Kong and a presence in nearly 10 countries through subsidiary companies. 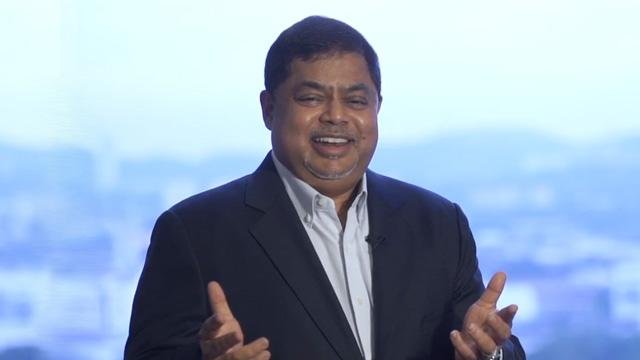 He is being prosecuted in India by the Mumbai Crime Branch, Economic Offences Wing, Chennai Police and Delhi police since 2009. The allegations state that QNet ran the Ponzi scheme, which duped people. A 1000 crore scam, it involves the former Billiard world Champion, Michael Ferreira who holds eighty percent stake of the firm that handles the operation of QNet in India. Also, Ferreira has been booked by the EOW of Mumbai Police several times since the year 2013.

There have been several protests against the scam in Bengaluru since the year 2013. The whistleblower of this scam, Gurupreet Singh alleged that after the meet of the two in China, the Karnataka CM invited Eswaran to Karnataka. He also alleged that CM Siddaramaiah has been protecting Eswaran. The very reason why there have been no FIRs against Vijay Eswaran by the Karnataka Police.

How can the charges affect Siddaramaiah?

Just before the election, BJP has the key to open the door that might be the pathway to deviate the voters towards itself.

Okay, this statement might sound like an exaggeration. However, since April, there have been 13 protests in Bengaluru itself against the QNet Scam. The victims are the people working in the IT, banking and medical sectors. There are serious demands in the state to revoke the operation of this ‘fraud’ company. If the allegations are true, the masses can easily connect the dots as to why the company still exists.

The whistleblower of the QNet scam had written a letter to the Governor of Karnataka. In the letter he stated that the CM of Karnataka has some kind of involvement in the Ponzi scheme of the company being run by Vijay Eswaran.

If proven, the Karnataka CM could be in big trouble. This is because BJP will not leave a single point to mark a dent on the winning strategy of Siddaramaiah.

With the Vijay Eswaran issue, Karnataka CM may face some difficult times in the coming days.