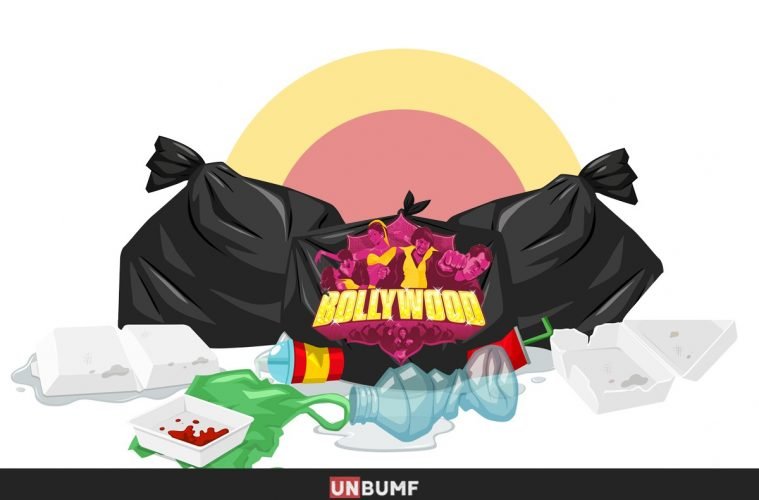 Long before loving your Cinema for cinematic proficiency, camera angles and appreciating the right lighting in a scene became a thing, there was an epic era we all know about. This era was that of when actors like Amrish Puri, Shakti Kapoor, Govinda, Jitendra, Kadar Khan, Mithun Chakrobarty and many more ruled the screens. And oh! the sheer poise with which they entertained us. I use the word “Phenomenal” because unknowingly Bollywood was acting like a transcendent machine that kept producing cinematic gems one after the other; a secret treasure trove if you may. It was like our minds were being programmed to be joyous part of a cult. A cult we enjoyed and still secretly are a part of.

Ladies and Gentlemen, I proudly present to you the best of cult of Trashy movies.

At the start itself, let us be clear that every movie that Mithun Da (he is Trash Bollywood’s Prabhu) has been associated with is a gem. Be it Pyaar ka Devta, Disco Dancer or the movie we are taking this song from Dance Dance, Prabhu ji has made some life changing decisions in his movie choices.

The song we are talking about is Aa Gya Halwa Wala, where a brother sister duo are dying of hunger. The brother is almost unconscious and the sister is trying to revive him. But, what really revives him? The sister starts singing when a halwa wala starts coming to them. The song and fragrance of the halwa just entices the brother to life. He starts dancing. The duo is now prancing and the halwa wala lets them smell the halwa. Even lets them poke fingers in it and eat it in handfuls. And all this does not require any money exchange any where in the situation. I think this is around the time, when our economy starting dropping like crazy, because of some un-businessman-like behaviour by street/beach vendors.

Anyhow, you can see and judge for yourself from this song:

Remember that scene that keeps doing rounds of all funny channels, about Amrish Puri and Black Dog? Well, the year was 1988 and some of us were not even born yet. But, it was this year, when Indians were given the real reason of drinking and respecting Black Dog whiskey. No, no, do not set this aside as a mere product placement. No, my fellow Bollywood lovers. This is truth in its purest form. Black Dog whiskey is not to be taken lightly. Atleast after Amrish Puri himself is endorsing it. After all, running a business in organized crime is no novice game.

So you thought that only Hollywood comes out with a good catchphrases is it? Here we have, with Prabhu ji’s wishes once again, an out of the world catchphrase “Por Ki Paayein”. Yes, this catchphrase is as amazing as the science explained in this scene from the movie Guru, released in 1989. The catchphrase is that of Shakti Kapoor and it is delivered with the same fervent feel as that of his famous “Lolitaaaa”. Here’s Shakti Kapoor having his King Midas moment:

No, even I do not know what do these words mean. I do not think anyone who has ever seen this song knows the meaning of it. But somehow I feel Bappi Lahiri knew what he was talking about. The costumes are not just weird, they are outrageous. And to think that I watched this song in an age when I was very impressionable, makes me shiver. A couple of Afro men at the start of the song come pecking on the screen, for whose joy, i have no clue. But I found this song very with the spirit of trashy. So, here goes nothing:

Has your best friend gone incognito post college? Or have you just not seen them for a few days? I have a perfect greeting for you when you meet them again; “Tum duniya ki bheed main kahan kho gayi thi?”. The movie Jeevan Ki Shatranj does not only make me question the grammar as far as the gender of “Jeevan” in the title is concerned, but also the kind of friendship this movie portrays. Here is the monumental scene that carries all kinds of trash to screen and makes your brain spin. But hey, it is fun as hell.

Watch this clip till 1:36 minute or find the cropped version here:

Yes, that what she said! (a song lyric in this case). The actual lines from a romantic nok-jhonk song featuring Bhagyashri, Himalaya and Himalaya’s facial muscles (constructing all the three expressions that he could). Also, if the khamba does not impress you enough, there’s the fat-shamed Guddi Maruti dancing with Himalaya, too. And if you are still being a tough customer, let me offer the man’s comeback line to the lamba-khamba jibe.

Rekha ji and Prabhu ji lead us through this subtle art of courting an “Oont Wali”. But beware! as this is not an easy task as it sounds. This requires a lot of changes to your daily life. These changes vary from getting an oocha ghar ka darwaaza to getting your expensive galeecha ruined. You have to get yourself acquainted to the camel in question. Also, aana jaana of your girl will be exclusively with the camel.

This is an amazing member of the Bollywood trash family and we are proud of adding this for your consumption, today:

This is barely scratching the surface for the trash gems available. There is a lot more where this came from.