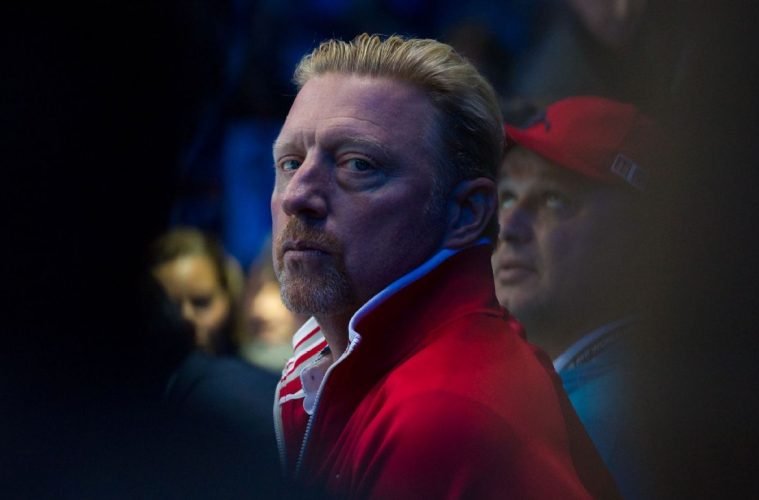 Boris Becker: From His Tennis Legacy To Bankruptcy

Standing at 6’3’’, Boris Becker is the epitome of German ruthlessness and brutality, albeit on a nondescript tennis court. Becker was the youngest male singles player to win a Wimbledon, winning his first Wimbledon Grand Slam in 1985 at the age of 17. A record that still stands. He had already won 5 of his 6 Grand Slams before he turned 22, a testament to his prodigy. He went on to coach another active legend of the game, Novak Djokovic for 3 years before both parted ways.

“I think I have enough money now that I could retire and never work again for the rest of my life.”

Boris Becker turned professional in 1984 and entered the 1985 Wimbledon Championship as an unseeded player. Although he was ranked 20th at the time, he was unseeded as Wimbledon only seeded the top 16 players according to the ATP rankings.

Becker reached the finals dropping only 7 sets along the way. His competitor was Kevin Curren. He was the obvious favorite having defeated the likes of the defending champion John McEnroe and Jimmy Connors enroute to the finals. Both Becker and Curren were vying for their first Grand Slam title. Becker won the title in a closely fought final, becoming the youngest Wimbledon Champion in history. He was also the first German and the first unseeded player to win the Wimbledon Singles title. 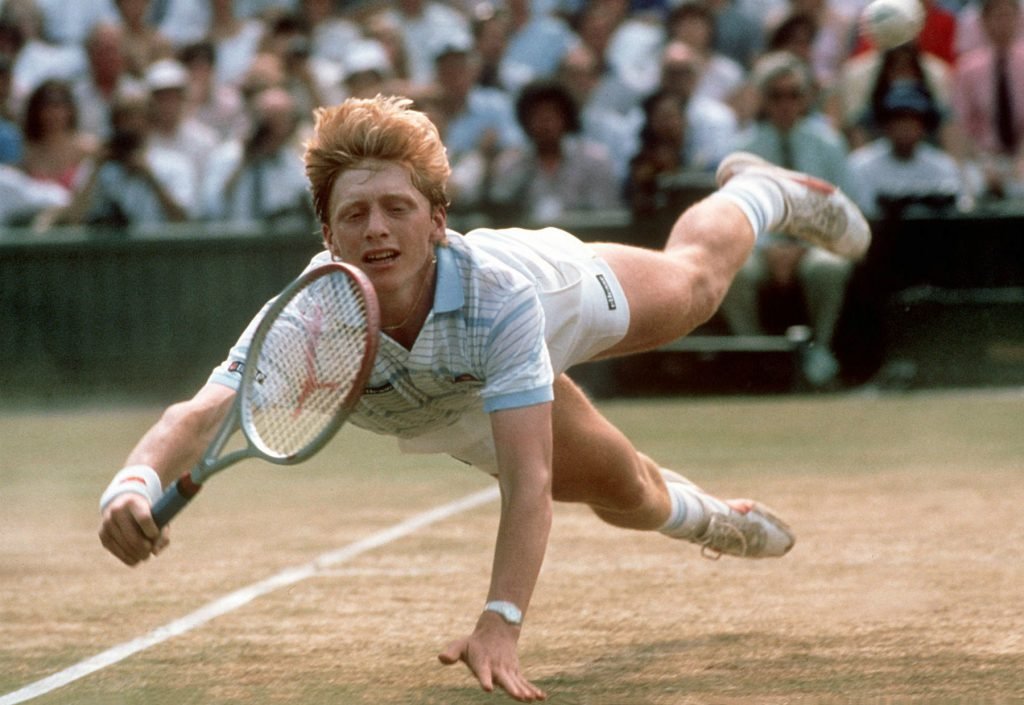 Becker’s love affair with Wimbledon continued as he defended his title against the World No.1 Ivan Lendl in 1986.

After a forgettable season in 1987, where he was upset in the second round, he returned to the championship finals the next year. In the finals, however, he was unable to conquer his rival Stefan Edberg. The famed rivals met in the finals again the next year. Becker had the last laugh as he defeated Edberg in straight sets to win his third Wimbledon title.

Becker reached the Wimbledon Finals in 1990, where he lost to Edberg, and in 1991 for the fourth consecutive year, again failing to win.

Apart from Wimbledon, Becker’s Grand Slams trophies remained limited to hard-court championships. He won Australian Open twice, in 1991 and in 1996, which turned out to be his last Grand Slam win. He won the US Open once, in 1989, the same year he won his third Wimbledon. 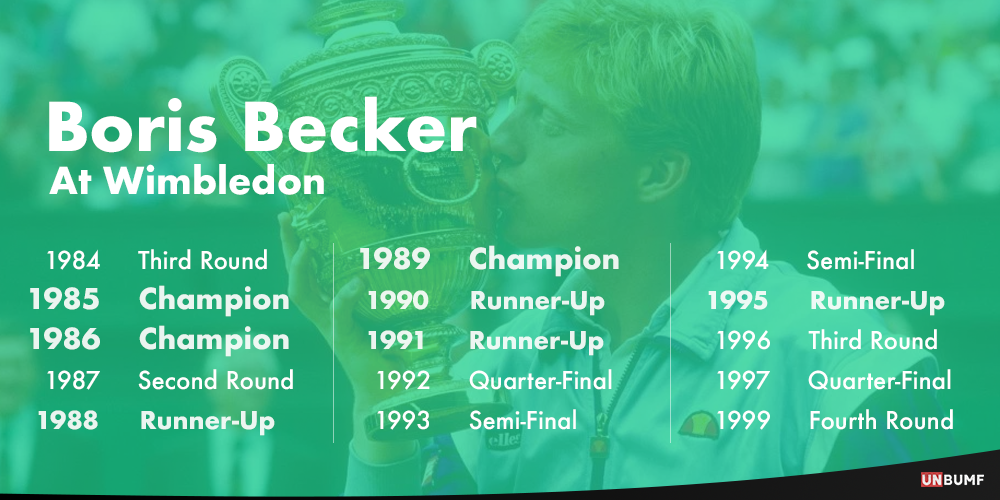 Coincidentally, it was the only year that Becker managed to win 2 Grand Slams in a year. On the clay court Grand Slam, however, he never had any luck as he could not breach the semi-final threshold out of his 3 attempts in the French Open. Lack of the Roland Garros prevented him from claiming a Career Slam, a crown jewel amongst his otherwise glorious trophy cabinet.

Not just in the Grand Slams, Becker was unable to win any major title on clay courts in other tournaments as well.

Over the course of his career, Becker cultivated fierce rivalries primarily against Ivan Lendl, Pete Sampras and his Wimbledon nemesis, Stefan Edberg.

Ivan Lendl, one of the all-time greats met Becker 22 times eking out 11 wins against 10 losses. However, in Grand Slams tournaments Becker got the better of Lendl with a win-loss record of 5-1.

But it was in Stefan Edberg that Becker met his biggest nemesis. Edberg and Becker had a one-sided rivalry, with Becker enjoying a 25-10 win-loss record overall. The fierce rivalry turns on its head in Grand Slams, however. Edberg has a 4-1 advantage over Becker including the 2 Wimbledon championships he stole from under Becker’s nose, in 1988 and 1990. 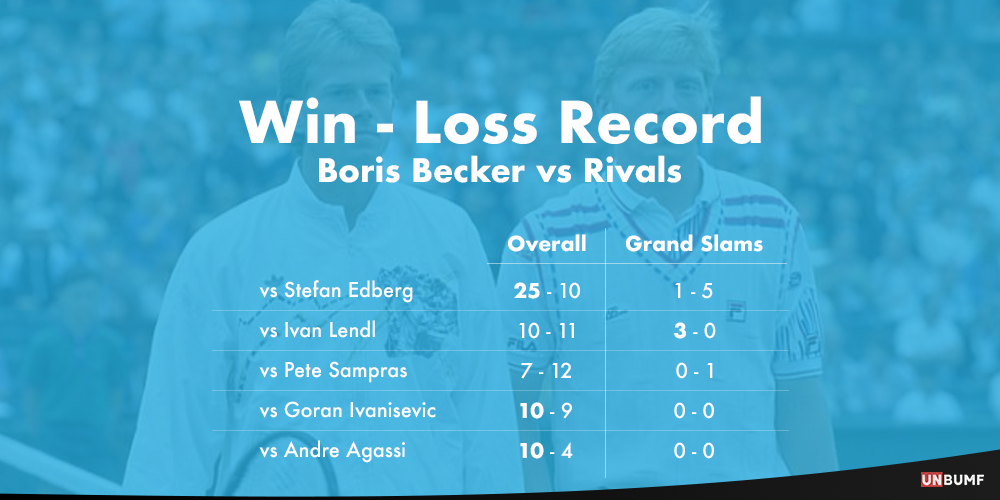 Towards the end of his career, Becker faced one of the eventual Wimbledon legends, Pete Sampras. The two faced-off 19 times, with Sampras humbling the German on 12 occasions, once in Becker’s last of seven Wimbledon final appearances. Sampras would later go on to become a Wimbledon legend, winning the championship 7 times, a record bettered by Roger Federer only recently.

Becker is regarded as one of the world’s best servers. By his own admission, he used to serve at around 220 kmph (~140 mph). He used his huge frame to his advantage and put every ounce of his weight in his serve. Post 1991, Becker enjoyed a staggering 79% success with respect to winning the first serve points. For perspective, Federer has a 77% success ration winning the first serve points. On grass courts, the percentage jumps to an equally potent 82%, better than that of the greatest grass court player in history, Roger Federer (79% on grass). Becker’s second serve was no joke either. He won 50% of those.

Becker was renowned for employing the serve-and-volley tactic on the court. It comes into play when a player serves and moves closer to the net to receive the return. This was one of the rare aggressive play only a few players adopted. It is all but extinct now, with only a few confident players like Federer employing it here and there. 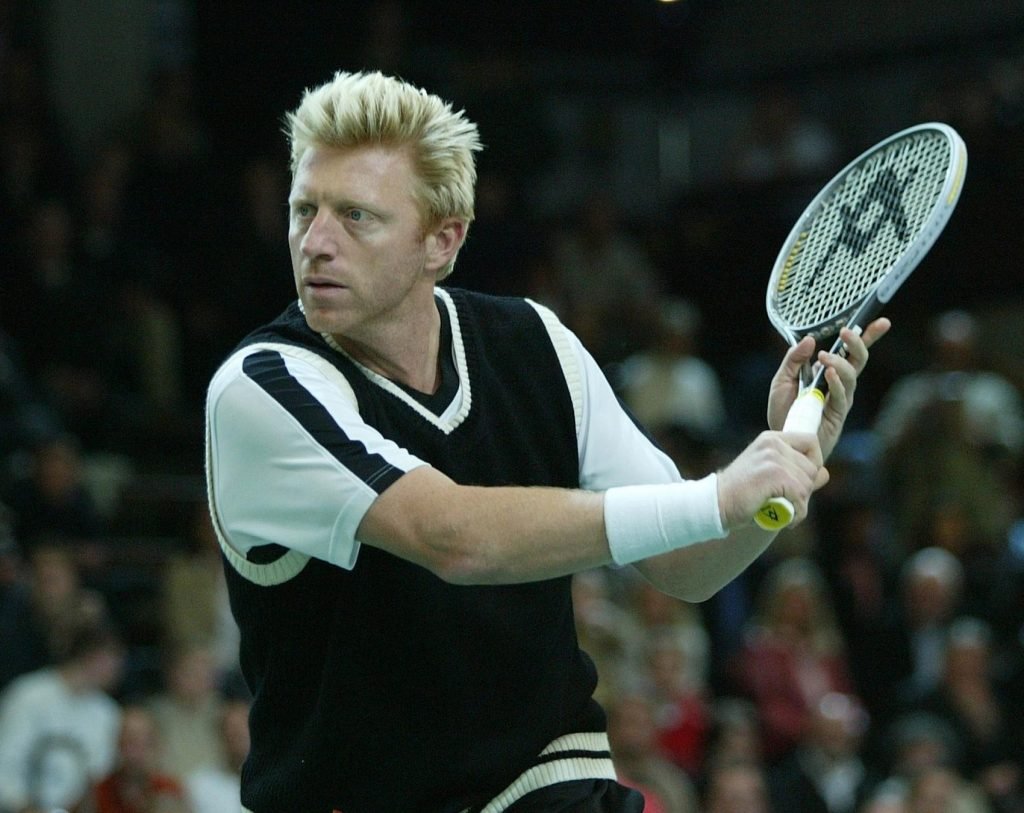 Becker was arguably one of the greatest serve-and-volley players at the end of the 20th century. A German monster serving at 220 kmph and then running towards the net to receive the return is bound to put anyone at unease. His athleticism and aggressive volley skills earned him the nickname “Boom Boom” Becker.

When Becker retired in 1999, he was still a formidable player, still in the Top 10. By then, it was estimated that he had a career-earning of about $150m.

Becker was declared bankrupt in 2017 after a long-standing debt, rumored to be amounting to $3.3m, was not paid in full to a private bank.

So how does one go from being a name to reckon with, having a decent post-retirement career to the low of going bankrupt?

One reason for this downfall could be attributed to his early success. Becker had won the highest honors of his sport by the time a youngster comes to his senses. Winning a title at 17 came with the money, luxuries and media frenzy that could have been difficult to manage for a teenager. 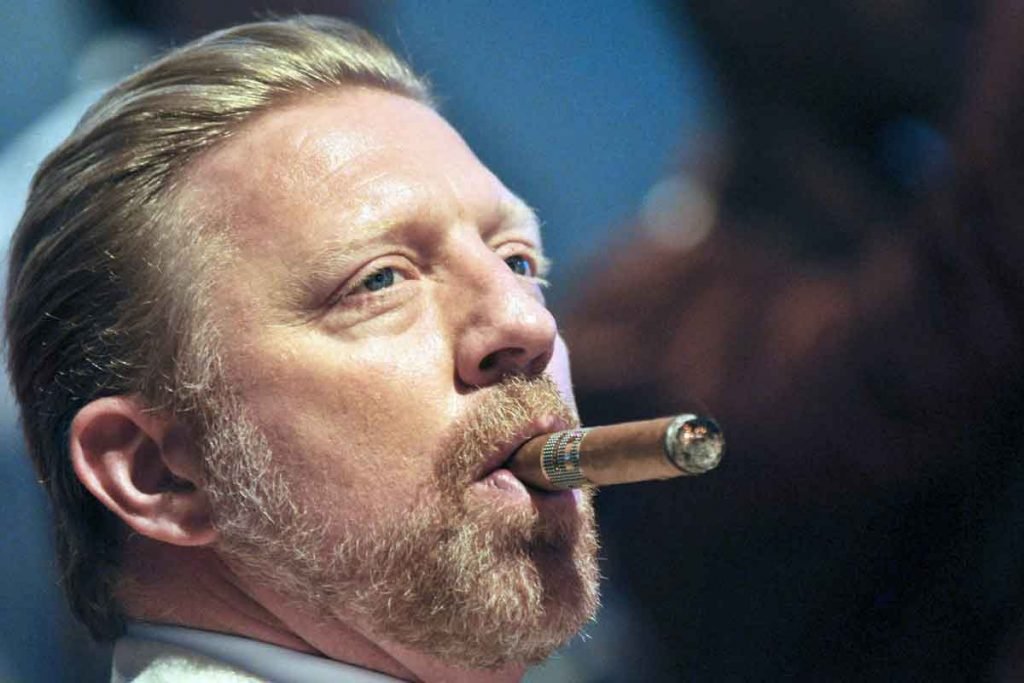 However, tax problems, failed business ventures and divorce settlements were some of the possible reasons for Becker’s financial troubles.

One can only wish the former World No.1 tennis legend finds his way and earns back the dignity and respect he so rightfully deserves.