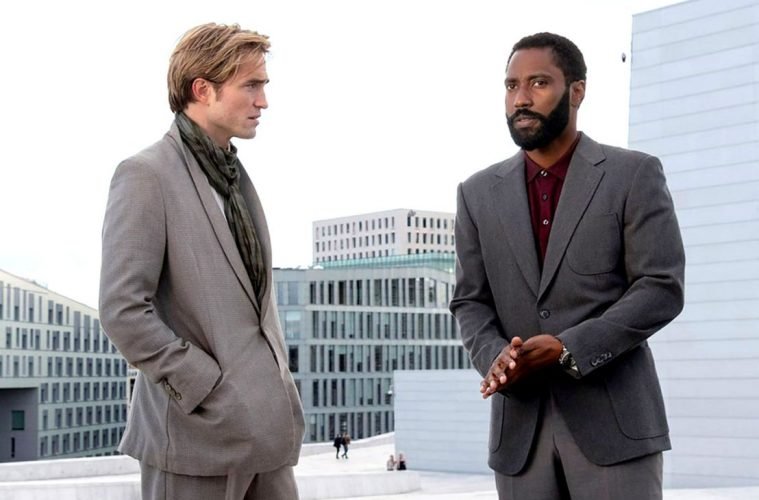 Breaking Down The Time Bending Trailer For Tenet

The time of our lives has arrived. No, I am not referring to you having to prove your citizenship, I am rather referring to something far more important than that. Something that helps us not just start conversation with unsuspecting attractive personnel but also judge them based on whether they have seen and successfully understood the cultural phenomenon that is Christopher Nolan and his magnificent filmography.

Whether Inception’s ending was all but a dream or Interstellar violates the very foundations of actual physics that it was based upon. Whether you are an intellectual person or not, depending upon your opinion about the films. Or you are a fan boy who has watched all of his films starting from the black and white short, Doodlebug and therefore deserve to be held in high regards.

Not to entice a mob with pitchforks, so let me clear the air a bit. I am huge fan of Nolan myself. Although that does not really mean that I support everything that he creates. I still do not like the way Dunkirk turned out to be. Additionally, I really believe that he should move away from the formula that he has been using for some time now, going back to something like The Prestige. (If you want to understand what formula I am referring to, please head over to this article where I break down the Christopher Nolan formula to intellectual blockbusters.)

So, the trailer for Tenet dropped last night. Having generated a lot of hype worldwide, with a teaser trailer that was released in theatres only before the IMAX presentation of Hobbs and Shaw, the full-length trailer was pretty much expected to drop this week. And it also follows the usual frequency of Nolan’s films. Right from the first feature film he ever made, Following, Nolan has always churned out films in two to three-year intervals.

Although Tenet received a release date immediately on signing. Not much was revealed about the film at the time. Not that after watching a two minute twenty-two second trailer has helped that cause any better… or has it?

Well, let us get into it

The trailer begins with the two title screens, first of the big studio, Warner Brothers followed by Syncopy, the studio owned and run by Christopher Nolan. The opening shot takes us to our very own Mumbai, where in we see a building in focus. We can even spot the utterly glorious “Vertical Vikas”, as Kunal Kamra calls it, towards the left side of the frame (Mukesh Ambani’s residence – Antilia).

Also, to the ones paying attention, the lens distortion is also visible to the sides of the frame making it clear that staying true to the Nolan tradition of shooting, the major action scenes will be shot on higher grade film formats.

Now we get our first look of the two male leads in the film. Recently Nolan commented in an interview that the actor John David Washington (known for his breakout film, Blackkklansman (dir. Spike Lee) and also for being the son of Denzel Washington) is very well the protagonist of the story which seems true given that we are always focused on him throughout the trailer. We also get our first look at the future Batman, Robert Pattinson who is accompanying John in his adventure.

The vibe here is very similar to that which we got from the pair of Leonardo DiCaprio and Joseph Gordon Levit in Inception. The pair somehow jumps up to the building and climb it. It is not the act itself that is unsettling but the way it happens. This is something that is a very recurring thing all over the trailer as everything that is happening seems a bit off-putting and unsettling.

Moving on, we get a glimpse of John choking on something and not at all looking at ease while towards his left we see a train moving backwards while the actions of John seemingly moving forward. More on this a bit.

We see another shot where it is revealed as to why was John choking in the first place, followed by a shot of him apparently dying.

Next up, we see a beautiful shot of huge ocean wind farms that are very reminiscent of the vast ocean shot from Interstellar. Notice the movement of the windmills. Not particularly the clockwise motion but the fact that they are in motion. This will come in handy later.

Next is the shot of John waking up in the hospital and an important character welcoming him to the ‘afterlife’. 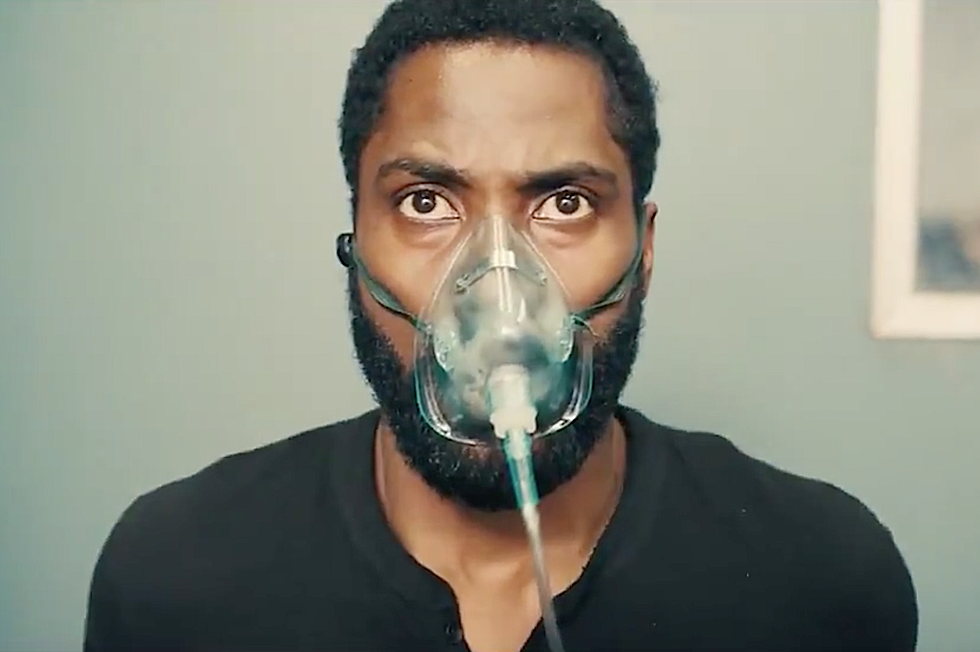 Now I understand that at this point you might seem that I am reading way too much into the information but hear me out for a second. Nolan is a firm believer of what a classic British director, one of his favourites used to say. Alfred Hitchcock once said that the amount of space an object occupies in the frame is directly proportional to how important it is to the film.

Which also means that anything that you see on the screen is careful put there for a particular reason. No matter what you are seeing, it is never an accident but rather a careful choice that came out of the artistic decision and years of experience of that particular artist. We will see again the artistic choice of Nolan when I talk about the speculative concept of the film.

We see some establishment shots leading up to the dialogue “As I understand it, you are trying to prevent World War 3”.

Oooooohh… someone just raised the stakes all too high.

To which John responds by correcting her – “Nuclear Holocaust”.

We see the great director and actor Kenneth Branagh who collaborated with Nolan in Dunkirk. At around the 1:07 mark, we see the first rotating door in a red setting.

At 1:11 mark, we see a ship that is actually going back in time while the occupants of the ship are going forward in time. Also, in the same shot, the windmills are all going anti-clockwise, that is, opposite to how we saw them in the previous shot.

We get the call out to the name TENET, which means the main principle or belief.

At 1:24 mark, we see another unsettling shot of a character seeming to move backward in time.

And at 1:31 mark we witness the glory of Christopher Nolan. The shot where he asserts his dominance and not just shows us why people love him but also plays with the idea of people having a certain expectation from him. The scene begins as a seemingly normal car chase which seems a bit off since one car is following the other while driving in reverse.

We see a very simple tipping of a car, which seems rather low key given the scale of what we have come to love from Nolan. I mean, he blew up an entire hospital set while Heath Ledger was walking out of it and here the scene seems rather muted. But wait, things are about to get very Nolany. The next shot has the car return to its original state and seemingly move back in time, all the while time keeps on moving forward.

Finally, we see the title of the film Tenet which is also a palindrome. The previous teasers and even the official website of the film shows the word rotating and still being the same. What is also hiding in plain sight is the fact that the way Tenet is written, it is not just a palindrome it is also an ambigram. Which means no matter how you flip it, you still are remained with the same word. This shall play out with the treatment of time that Nolan is going to establish through the film, that no matter how you flip the timelines, the effects remain the same or the point of contraflexure does not really change. 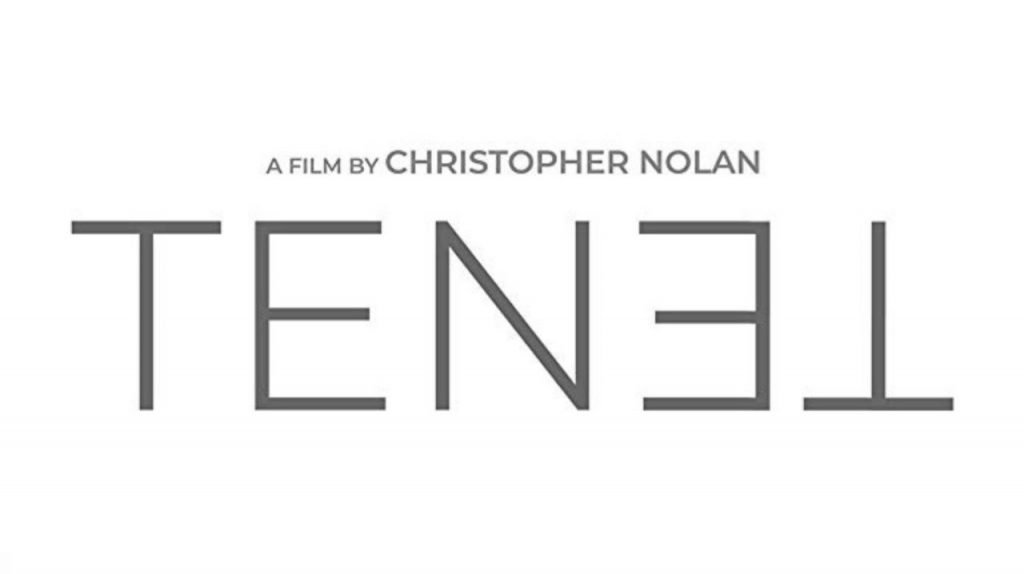 The final scene shows us another rotating door and a glass full of bullet holes that have been shot. We are presented with a tiny hint of the possible concept of the film when the character of Robert Pattinson says – “The hell happened here” to which the character of John replied by saying – “Has it happened yet?”

With the final title card saying Time Runs Out on July 2020.

Although this film does not seem to follow the same formula as the classic Nolan formula, it still very well deals with time. Having said that, it is the treatment of it which is very different. Almost too different. So much so that it seems intentional.

I suspect the film to not have elements of time travel at all. Being an espionage action thriller, the film is also grounded in reality given that Nolan is trying to address the possibility of a nuclear holocaust by way of World War 3. Which means, time is going to flow linearly. Also, we never see even one shot of time ever flowing backwards. We are presented with many shots of objects and people moving back in time but time itself never moves back. Which means, that instead of messing with time, this time around, Nolan decided to meddle with the movement of people and object in time.

If it seems rather mundane or too complex to make complete sense, imagine this – when you are riding a bicycle, you are moving ahead. Not just you, time is moving ahead with you too. What if time kept moving ahead but you started moving back in time and instead of going forward you start going backward?

This is one of those ideas that are easy to understand but the moment you start implementing it, it becomes easier to get confused by the complexities of it. This itself is something that is very true to Nolan and his films. Inception had a simple idea to begin with but the moment you start implementing it and witnessing it, it gets tricky. He explains worm holes to us as if we are watching Dora the Explorer and then he fucks with our heads with that Tesseract ending.

The Movement of The Trailer

One more reason why I believe that we shall be seeing objects and people moving back and forth in a linear timeline is because of the way the trailer focuses on certain things. The backward moving train, the backward moving ship. It is the same reason why we see the windmills and the rotating doors. Nolan could have taken that shot in a regular ocean parcel as well and with normal opening doors but the rotating motion helps to play out the concept of going forward and backwards in time.

The plot seems rather simple with these characters trying to evade a nuclear holocaust but the premise of people and objects moving back and forth in time is something that will keep it interesting throughout. One final thing that I am sure Nolan will use is how he will lie to us.

Nolan, will establish early on how is time going to behave in this particular film but the order of the scenes that we are seeing might not be linear. If there is anything to believe in Nolan’s filmography, it is the fact that he makes films that are very non-linear and therefore this one shall be no exception. 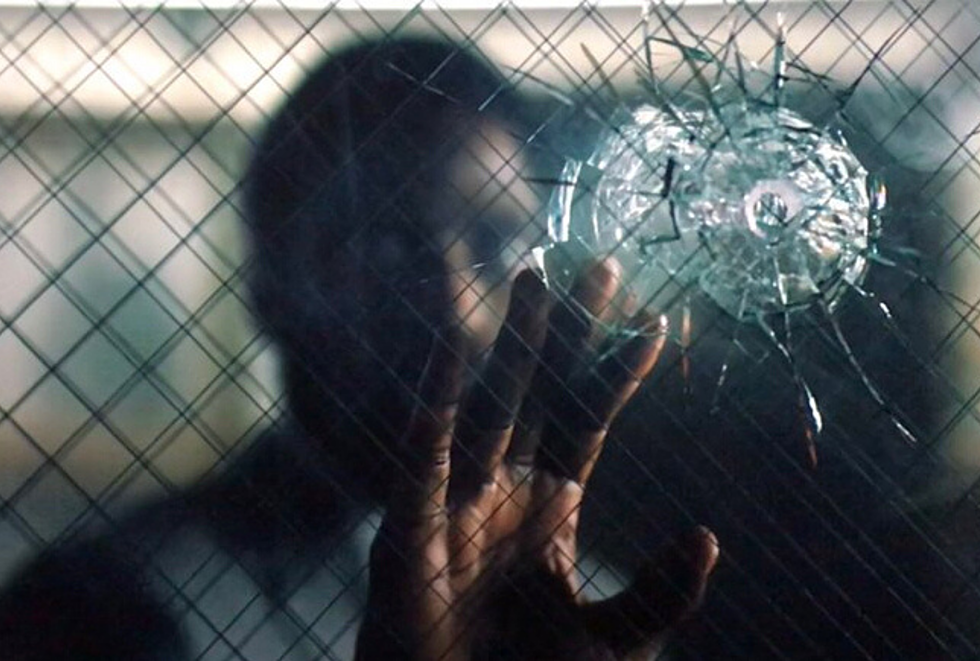 Do you agree with my speculation? Or do you have theories of your own? Let us know in the comments below! Tenet opens in theatres worldwide in July 2020.