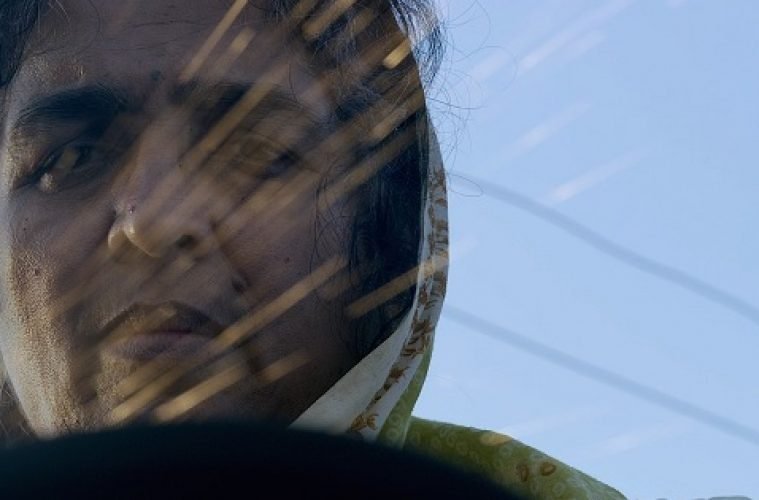 Breaking Down The Trailer Of Ajji – An Unsettling Tale Of Rape

Right at that moment when you can sense that, you have lost control. When you can no longer change anything. When there is no point in struggling with the steering wheel. It is at that moment when you’re not fearful of what is happening, but what is going to happen next. This moment which you feared, has already happened. When you hear the sound of metal crunching against flesh and you see the horror on faces around, you turn numb from the excessive adrenaline rush to your head while you turn nauseas.

This is the exact feeling of nausea that I went through when I saw the trailer of Ajji directed by Devashish Makhija.

Ajji is a story about a girl who is raped by a politician and how her grandmother deals with it. The premise of rape of an underage girl is not new. The rapist is a man with power. Only thing different here is that instead of making the mother go on a journey of revenge or vengeance, we see the grandmother take that road. 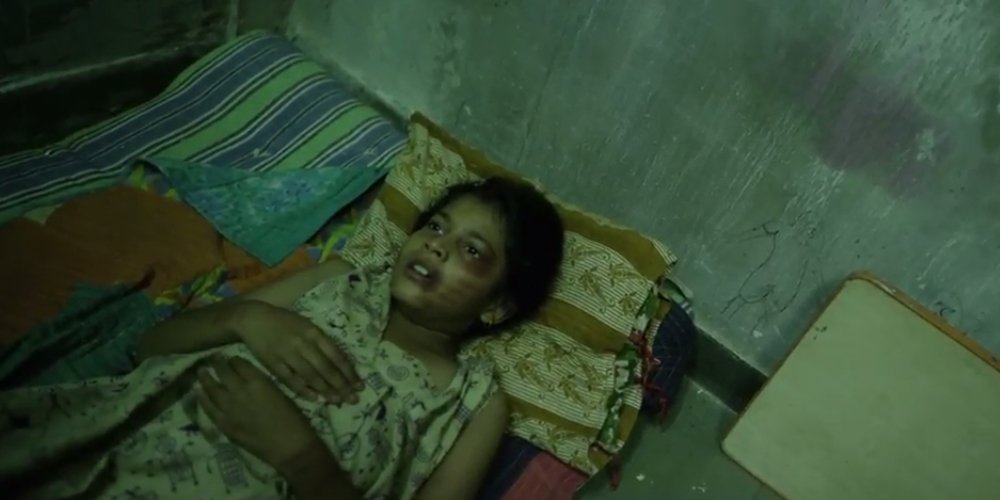 There have been a number of movies about rape in the past, but very few have truly been able to imbibe the real meaning of rape. Now most of what I say from this point on is based only on the trailer, that I saw and has nothing to do with what may become of the movie as and when it is released.

One common problem, which is present with all such films, is that they tend to paint a picture in which they provide a clear distinction between what is evil and what is not. They have the same recurring message which is ‘Rape is wrong’. This can be blamed on the clichéd representation of rape that only highlights the forcefulness of the rapist and the subsequent violation of the victim. But there are numerous other facets and layers of what happens when someone goes through the horrific act.

This is exactly where Ajji shines. It never uses any imagery that is over the top explicit or gory. But it still manages to paint a very unsettling picture so much so that the 2 minute trailer of Ajji is way better than a lot of films made in the past year. Though, the reason for that is far more layered than the mere tackling of the subject. The trailer itself, just like the tale is riddling with countless allegories. Apart from the twisted take on red riding hood that happens to be a very allegorical story in itself, known to be as grim as the writer duo Brothers Grimm, the trailer consists of numerous visual motifs that are not easy to miss.

Here is the trailer of Ajji.

Now let us break it down bit by bit.

The trailer begins with a shot of a cat, a mouse and dog while Ajji calls for her granddaughter – Manda. The cat, the mouse and the dog are a clear depiction of how the power dynamic works in the society where in for the mice, both the cat and the dog are dangerous. Though this may seem like a far-fetched idea, the next shot is enough to confirm this when we see the police officer move uncomfortably in his seat after he hears the name of the politician. 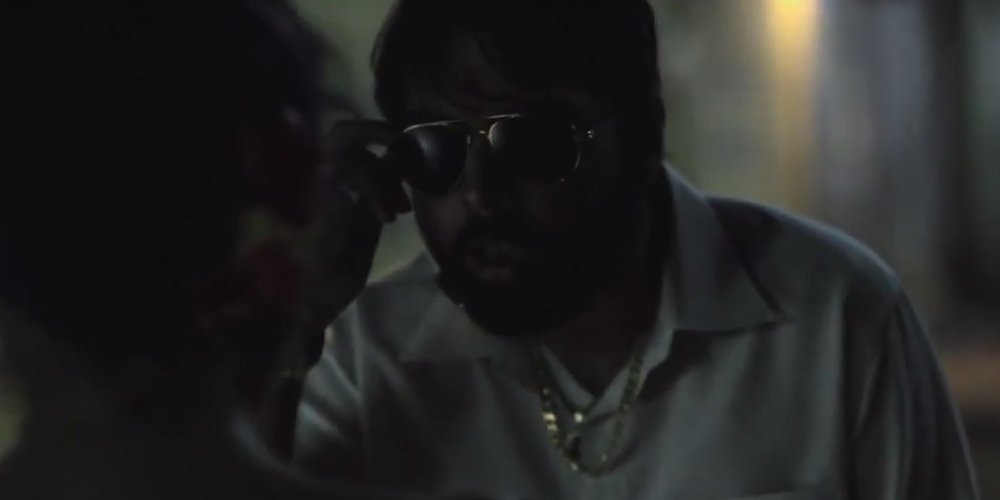 The police officer shows no remorse when he rudely points out to Ajji when she tells him the name of the victim and then we are presented with something, which I believe no one in the history of Indian cinema, could have tried to do. We see the video of Manda being raped by Dhavle (the politician) as a shot on a phone in portrait mode. It leaves no room for imagination. This choice of showing a video made via handset rather than showing the action by shooting it traditionally or even maybe showing any of the character watch the video on the phone, the director makes a very unorthodox decision and the result is one that is absolutely horrifying. The small-boxed frame, the claustrophobia that it induces along with the shrieks of Manda makes it a very disturbing experience.

If you thought that was difficult to handle, you have no idea. It gets worse. The most cringe-worthy scene follows where we see the police officer supposedly ‘checking’ out the victim while we hear the mother sheepishly asking to cover her daughter up.

This scene also gives out the most important message about what rape induces, that is, a state of utter helplessness. When Ajji asks the police officer to investigate the politician, he simply brushes her off. What is the right thing to do? Is he even powerful enough to do anything? How to do the right thing or how to do the thing that you believe is right? Helplessness is like a disease that keeps passing on.

From this point on in the trailer, the entire story is focused on the red riding hood adaptation. Those who don’t remember it, red riding hood is the fairytale about a young girl and a big bad wolf. The girl is on a journey across the forest to deliver food to her sick grandmother. A big bad wolf wants to eat the girl and the food in the basket. The wolf talks to her and tells her to pick flowers and while she does that, the wolf goes to the grandmother’s house and kills her. The wolf then disguises himself as the grandmother and waits for red riding hood. When she arrives, the wolf eats her too and then sleeps.

Do not let the ending fool you. This story was not written by George R.R. Martin but rather by the Brothers Grimm. One French iteration sees the grandmother to be locked by the wolf. And when the wolf eats the little girl, a woodcutter appears and saves her by killing the wolf. 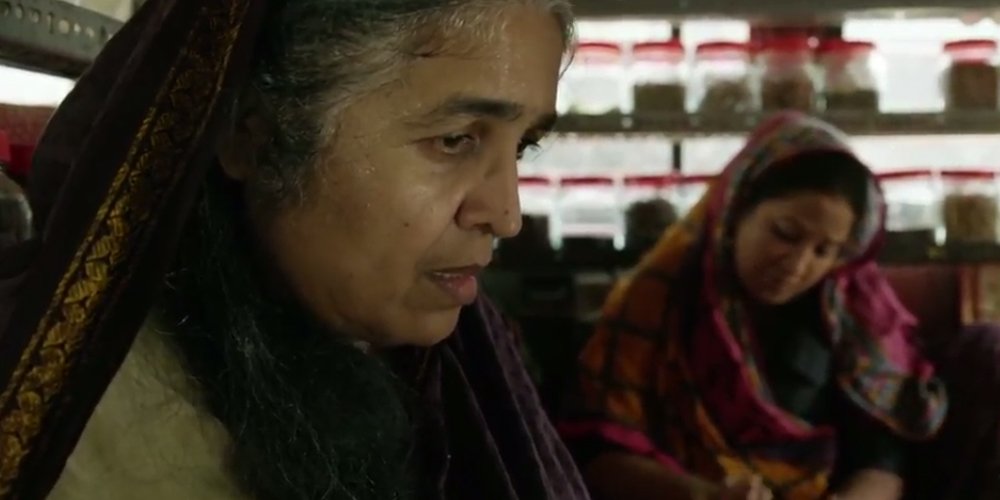 At this point in the trailer Manda tells Ajji that she was told, ‘the day I start bleeding I’d grow up’. This unsettling statement is a direct nod to the allegory that the story of red riding hood makes. According to the fairy tale, the journey of a girl from being eaten by a wolf and then coming back alive bloodied is analogous to the journey of a girl to womanhood.

We see the sexual perversions of the politician and we get our first glimpse of the butcher who may be playing the role of the woodcutter. Or so it seems.

The carefully knitted scenes that go back and forth now from the perverted acts being shown and the shot of meat being sliced is where the director has outshone everyone tackling the same subject. The shot of minced meat defines rape in its most distilled form. Rape is a perverted desire of flesh. It is not a result of lust or a need for love or a desire to be touched. It boils down to the flesh.

The final twist that baffled me was the transformation. As per the folklore, the wolf disguises itself into the grandmother. But in the trailer, we see the grandmother changing her guise.

Is that what they mean when they call it a twisted take? Who is she? Is she playing the poor grandmother or the one who transforms into the wolf? Is she out for justice, vengeance, or revenge? What is she going to do?

We shall find out soon. Look out for Ajji. She’s looking out too.