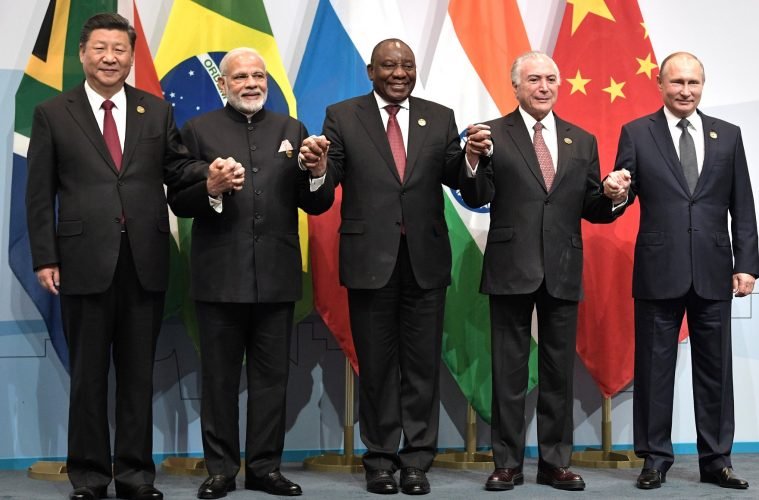 BRICS Summit 2018: US Becomes A Topic Of Discussion

The BRICS Summit held this week (concluded on Friday) in South Africa saw 1000 delegates including heads of state and business leaders at the Sandton Convention Centre in Johannesburg. The leaders of the BRICS economies—Brazil, Russia, India, China, and South Africa attended the annual three-day summit. The event was held amidst the ongoing trade war tensions, triggered by the actions of US President Donald Trump’s Administration.

Prime Minister Narendra Modi on Thursday said that India intends to work closely with the BRICS nations on the Fourth Industrial Revolution. The Fourth Industrial Revolution (4IR) refers to the fourth major industrial revolution characterised by a fusion of technologies. These technologies are the ones that are blurring the lines between the physical, digital and biological spheres.

Sharing is the key

Furthermore, PM Modi called for sharing the best practices and policies in this connection. He reiterated that today the world was standing at the crossroads of all kinds of changes. “India wants to work collectively along with BRICS nations in the area of Fourth Industrial Revolution and all nations must share the best practices and policies on this. Today the world is standing at the crossroads of all kinds of changes. The new industrial technologies and digital interface that are building a new world; they represent opportunity and a challenge. With new systems and products, they will be new paths to economic progress. It is always most important to put people and human values at the heart of development and progress,” the prime minister said.

The PM also underlined that high-skill and temporary jobs will be the face of employment going forward. He also stressed on the need to revamp the curriculum of schools and universities. That is to enable the youth to taken on the challenges of the future. “The fourth industrial revolution will have more importance than the capital. There will be radical changes in industrial production, design, and manufacturing. We will have to design the syllabus of our schools and universities in a way that it prepares the youth for future,” the Prime Minister noted.

Chinese President Xi Jinping, speaking at the inaugural session of the BRICS summit asserted that there would be “no winner” in any global trade war. This was a warning to the US and the Trump administration. US President Trump has already said that he is ready to impose tariffs on all $500 Bn of Chinese imports. He did so by complaining that China’s trade surplus with the US was due to currency manipulation.

The group underlined that the WTO Dispute Settlement System was a cornerstone of the multilateral system and is designed to secure and enhance the international trade. They also stressed the importance of enhancing their financial cooperation to serve the real economy and meet the development needs.