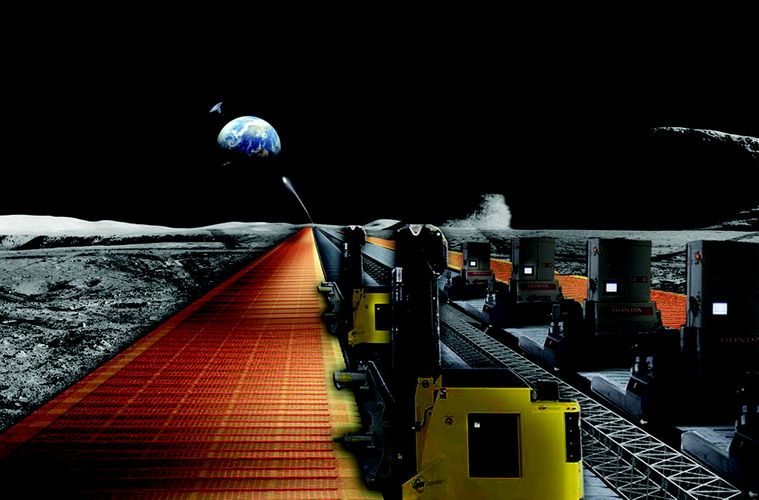 Brilliant Ideas A Man Comes Up With To Save The World

The capability of a human encephalon never ceases to amaze. It is capable of inventing a device that can hurtle hundreds of people across the sky at a mind boggling speed. At the same time, it can have the tendency to run rather to thews and sinews than grey cells, like a mother picking up car to save her toddler. But it also has the capacity to be a megalomaniac. The hubris of a human being may know no bounds. Thus this bears fruit to notions that can only be expressed as “head up the keister”. And all this just to save the world. Here are some of the brilliant ideas that a man has come up with:

Yes, let us empty out a whole sea. Why? Why, oh lord? So to connect Europe and Africa into one Brobdingnagian continent. For those who think this is just about yanking your chain, we apologize. This is not a gag. Rather, It was an actual plan – the brainchild of Herman Sörgel. It was a gravely considered project at one point in the history of the world. The German architect even penned a book “The Panropa Project, Lowering the Mediterranean, Irrigating the Sahara” in which he envisioned his idea. About 1930’s he re-titled the book as “Atlantropa”. According to the utopian project three giant dams would be built to change water levels around Europe.

• The second barrage would be built to block the Dardanelles, a water body that connects to the Black Sea.

• The third dam would connect Tunisia to Sicily. This would effectively divide the Mediterranean Sea in two parts.

Here is an image to give you a clear perspective of Atlantropa:

Why did Sörgel want the world to go through such rigmarole? To gain humongous amounts of hydroelectric energy for Europe and to gain more land. By lowering sea levels, great stretches of land would be cleared, which could be put to numerous uses. The architect devoted his entire life to this ostentatious scheme. C’est la vie Herman Sörgel, sometimes the world just fails to recognize a diamond in the rough. So, if you could have brought forward the idea to drain a whole ocean in the 21st century, somewhere someone would have started a Kickstarter campaign for sure!

Back in 2003, some enterprising persons did a fun study that showed the state of Kansas to be flatter than a pancake. Since then, the adage “flatter than a pancake” has stuck. Geographers then set out to prove that it was not actually the flattest state in the country, which they did time and again.

But, one cartographer had a radical idea – make the state absolutely flat. Everyone already thinks it is, then why not turn it into a reality? Talk about getting a major makeover. Move over Kylie Jenner, Kansas State has just walked in! How do you make a whole state flat? Oh, it is as simple as clicking the perfect selfie. Begin at the centre and move towards the west as you dig out dirt. Send this excavated dirt towards east and use it to fill the land. End result? All the hills on the west are removed and all the valleys and low lying area of the east leveled. Sounds easy right up-til the time you realise “the dirt” would fill up billions of swimming pools.

All those out there thinking – dude, this is completely workable! Stop. To quarry and move such great amounts of alluvial deposits require machinery and technology that has not been built as of yet.

College gives you a degree. It doesn’t actually increase your academic learning even by an iota. I have three degrees, so well I can say it. But, it does provide a crash course on how to tackle the world. Founding a college that prepares students for a world war that might, just might, happen is taking it a tad bit too far. But as we said earlier, the idiocy of human brain knows no limits. Utopia College was established by Roger Babson in 1947 just for this reason. The school was located in a rural part of Kansas (oh, hi Kansas are you flat yet?) and gave a two year education that would prep one and all for war. The institute was closed in 1970 because – well you guessed it – no one would enroll for the classes.

Why did the philanthropist open the college in the first place? Because he was worried about the major threat atomic warfare posed. Also, what do you expect out of person who hates gravity? The millionaire actually wrote an essay that talked about gravity being the reason millions of people died each year. He called it “Gravity – Our Enemy Number One”.

A “Finishing School For Nuts” does not sound that mad now, does it?