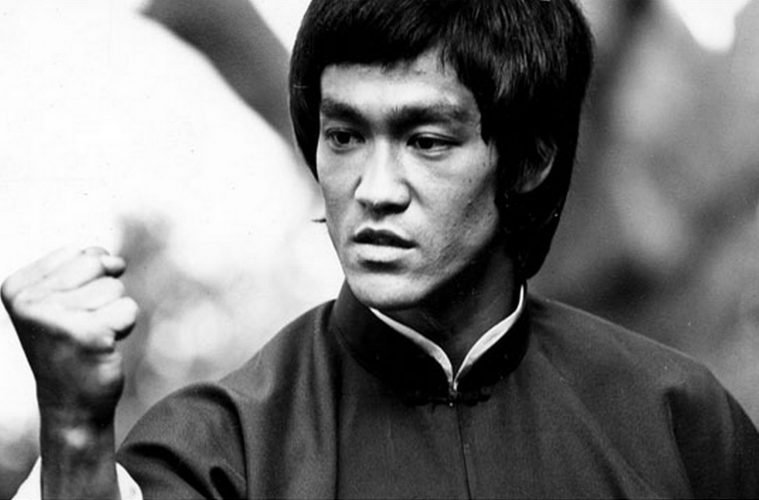 Bruce Lee: A Storm That Swept China, Hollywood And The World

“Bruce Lee” – What is the first thing which pops in your head when you read this name? A lanky Chinese fellow who knew kung fu? A sell out who sold the ancient secret knowledge of kung fu to the westerners? Or the father of MMA (mixed martial arts)?

On his 45th death anniversary let us explore who he was and what we can learn from him.

Myles Monroe believes that the richest place on the Earth is the cemetery, because that is where all the unrealized potential of the world ends up. If we get technologically advance enough to extract information from brains posthumous, I can guarantee that Bruce Lee’s would be a significant contributor .This gentleman is the most popular martial artist who ever lived, that being said; how many movies do you think he starred in (as a martial artist)? More importantly, how many martial arts competitions and tournaments do you think he won?

Answer to both of these questions is: less than 10.

What made Bruce Lee the legend he is?

I wouldn’t blame you if you asked “Why the hell is he even popular then?” There are so many martial artists who have achieved way more titles, but you wouldn’t even know their names. What is so special about him? Well, that is where I guess we are all wrong in our approach. Before being a martial artist or an actor, Bruce Lee was a philosopher. He had ideas and concepts which have changed the way people look at martial arts. Please don’t be under the impression that by ‘people’ I am referring just to the audience of movies or martial art enthusiasts, I am talking about masters who had honed their martial art for years.

Even when we might claim to know a lot about Bruce Lee, the facts about his life are very limited (and sometimes biased). Bruce Lee has a very inspirational story. He wanted to learn Wing Chun from Ip Man, after being beaten up by rival gang members (if internet and a small scene in the movie Ip Man are to be believed). It is said that most of Ip Man’s students refused to train with Bruce when they found out that he was not of pure Chinese lineage, his mom was of Eurasian. As only those of pure Chinese blood were entitled to martial art training, Ip Man refused to train Bruce Lee thereafter. 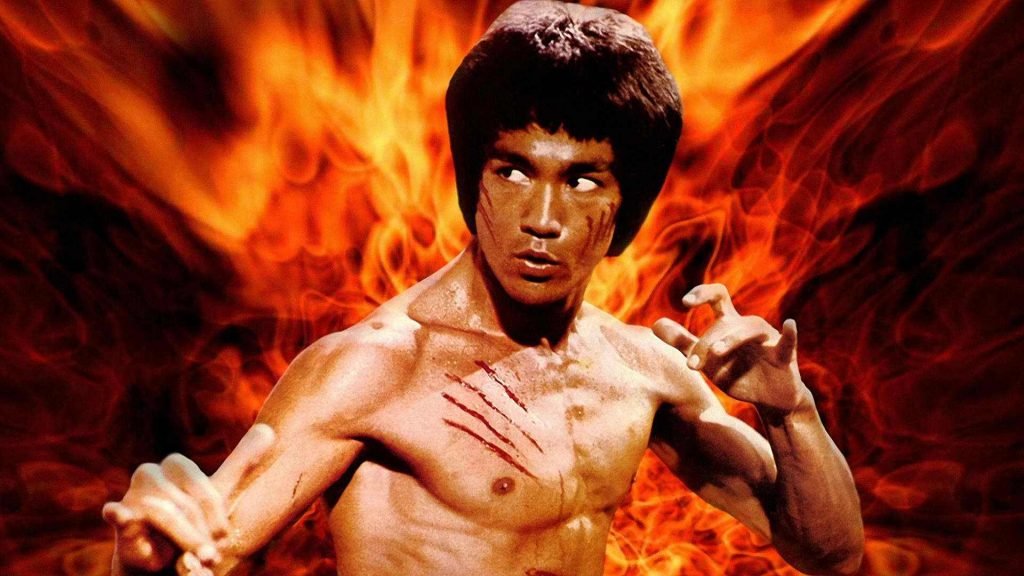 Bruce was determined to master the art and in pursuit of that goal, some sources believe, that Ip Man taught him privately while others say that Ip Man assigned someone to teach Bruce. Either way his story is remarkably similar to that of Eklavya from Mahabharata who learnt archery on his own under the watchful supervision of an idol he made in the image of Guru Dronacharya.

Bruce went to study in the United States and met his future wife Linda. He continued working on his martial art and learnt from as many sources as he could. It is believed that India’s Gama pehelwan inspired Bruce Lee to what extent is debatable, but what is safe to accept as a fact is that Bruce incorporated the pushups Gama used to practice. He had a library of books which mostly included books on philosophy and martial arts. The beauty of his art did not come from mastering it alone, it came from his philosophy of fighting and combat. He said that every knowledge is ultimately led to self-knowledge and his chosen form of self-expression was martial arts.

Bruce Lee believed that most of the kung fu schools in China were selling commercial bull shit and he was very interested in teaching the Americans this great art. In my opinion it is these small aspects of his nature which made him the man he was. He himself faced discrimination back home but was eager to share his knowledge with everyone who was willing to learn. The Chinese community was not in favor of non-Chinese people being taught Kung Fu and condemned it vehemently. 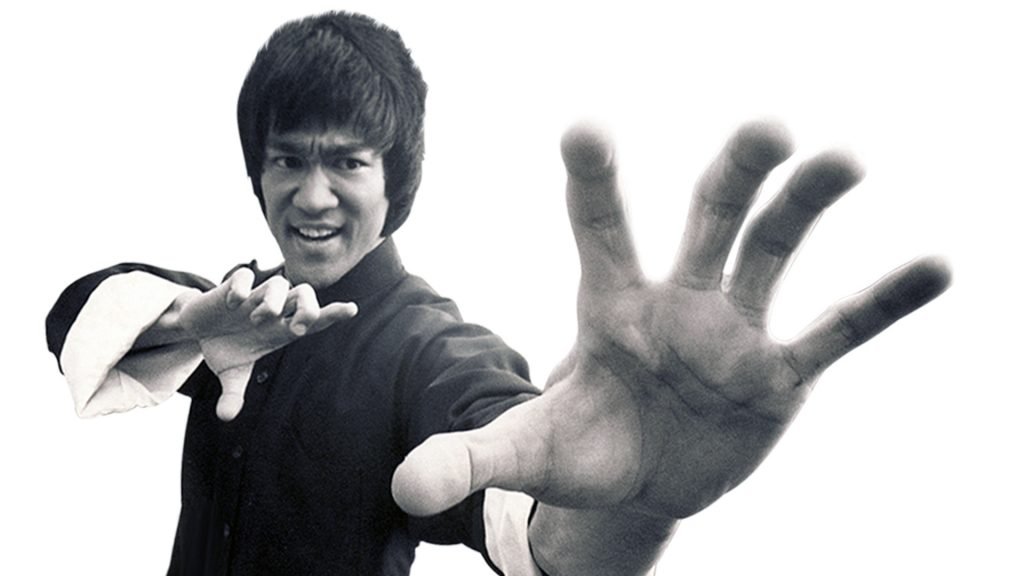 In a particular martial art demonstration he claimed that he was not afraid of any martial artist in San Francisco. This challenge was accepted by Wong Jack Man, believed to be a representative of the Chinese people who opposed Bruce’s plans. The privately held challenge was agreed upon by both Bruce and Wong, the terms were simple, if Bruce wins he can continue teaching whomsoever he liked but if he lost he would have to shut his school. What do you think happened next?

Well, the story depends on who you ask. Bruce and his aides claimed that the fight ended in almost 3 minutes with Bruce being the winner. While Wong disagreed to their version and openly challenged Bruce to a public fight (to which Bruce never responded). Whatever might have been the result, what we know for sure is that this was a turning point in Bruce’s life.

Bruce started training harder practicing Wing Chun and other martial arts. He found various faults in traditional martial arts and started including them in a new martial art, which he called Jeet Kune Do (Way of the intercepting fist). This is the foundation of today’s MMA. He incorporated various moves from traditional and contemporary fighting styles into Jeet Kune Do. 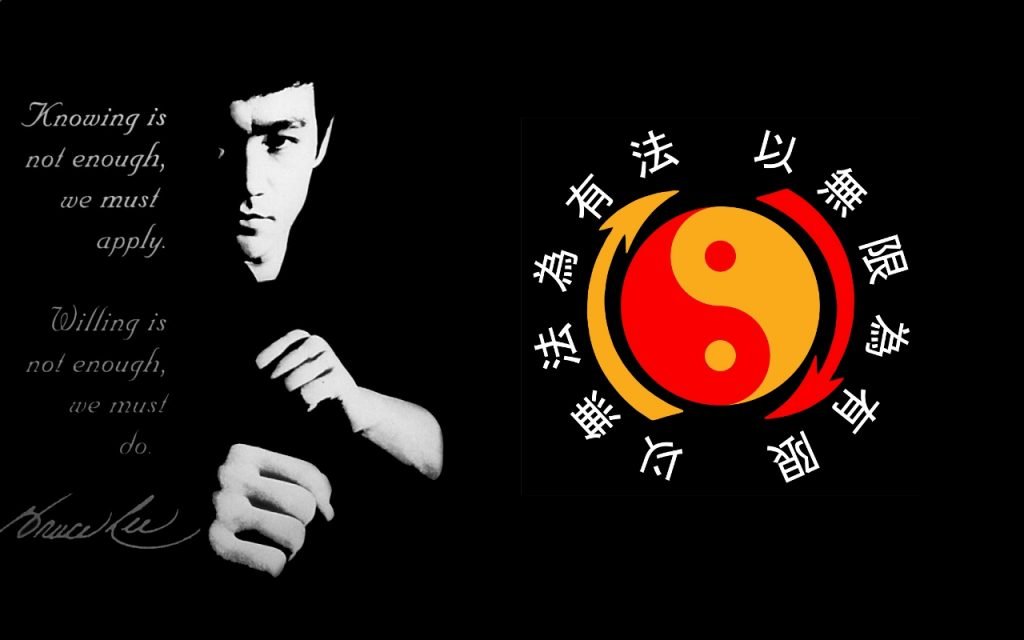 Another area where Bruce contributed immensely has to be the psychology of a fighter. He showed the world how fighting was not all about aggression and that for winning the fight you need to be in control of your head. He believed that one should be like water and adapt to its surroundings, which was another ideology behind Jeet Kune Do as he believed it was a ‘style without any style’, referring to the flexibility and scope of improvisation. A perfect example of his teachings in popular media is the UFC fighter Connor McGregor, who is very calm and unpredictable in the ring.

How strong was he?

Short answer, very but no one can quantify that ‘very’. James DeMile a former US Air force veteran and heavyweight boxing champion said that Bruce could beat him and Ed Hart (professional boxer) and Jesse Glover (master of Judo, Karate etc) without breaking a sweat. All of them (seasoned fighters) were Bruce’s associates and would train with him and collaborate in developing Jeet Kune Do. DeMile once challenged Bruce on stage after he commented on Bruce’s kung fu demonstration to be of no use in a street fight. Bruce challenged DeMile to punch him, and once he did Bruce trapped him in a lock and slapped him on his head, mockingly.

Bruce gave a demonstration at Long Beach International Karate Championship in 1964. He executed one of his most famous moves there which included single hand two finger pushup and various other stunts. What made him a household name was the one inch punch. Bob Baker volunteered to face the punch. He later asked Bruce not to repeat it ever again as Bob had to stay home from work the next couple of days as the pain in his chest was unbearable. He used to carry a chest and abdominal guard with him and used to ask volunteers (not random people from the street, but martial artists) to wear it and then would kick them up in the air.

He believed that core of the human body was the most important muscle group and trained it extensively. There is a move I would recommend, its called the dragon flag, one of the most excruciating exercise for the core, Bruce popularized it. He used to work out all day long. Chuck Norris and other friends of his say that he would keep on exercising non-stop for the entire day. That was the level of his dedication to become the strongest version of himself. Apparently Lee had a 300 pound bag of metal. For what? To tear the standard ones easily.

How fast was he?

This is Bruce Lee’s specialty. According to legend, Bruce was so fast that the directors had to ask him to slow down as he was too fast to capture on the camera. He gave a demonstration of his unstoppable punch, the American Karate champion Vic Moore volunteered. Vic tried to stop Bruce’s punch 8 times and failed.

How did he die?

As a child I heard a rumour that the Chinese people murdered Bruce Lee . Lee’s defiance towards the Shaolin Temple irked them and the assassin was Arnold Schwarzenegger. That is just and exaggerated version of one of the many conspiracy theories which were doing the rounds. Well the most absurd one of course. His close friends and a detective have told that he died because of a reaction of the medicine he took for headache the night he died and that of back pain which he had been taking for quite sometime.