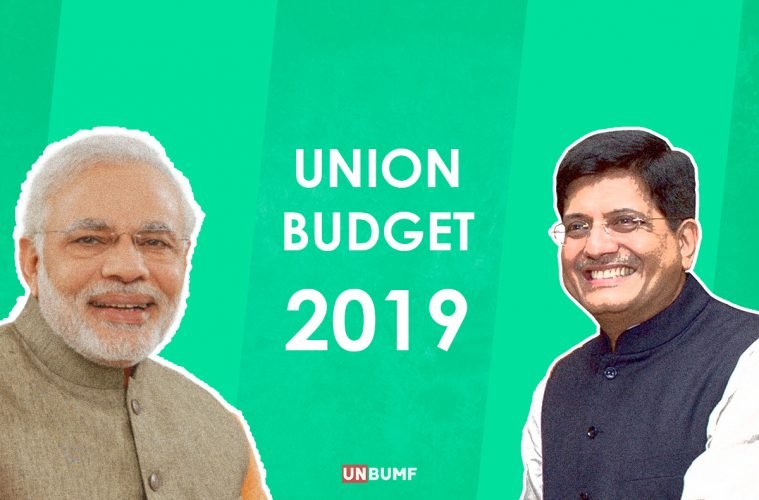 It was a busy morning schedule at work yesterday. But my colleague would not stop constantly peeping in to his phone. His anticipation made me curious. He looked at me and said “Modi Sarkar ki election se pehle last budget hai bhai!” And then it struck me that the calendar read ‘the 1st of February’.

Pre budget eagerness and post budget reactions can be termed as another season of the year. Fluctuating heart rates and mental calculations about future savings if any are a budget season speciality. And the 2019 budget has perfectly justified these expectations and responses.

Benefits To The Middle Class

The first breakthrough proposal that lit up a million Indian faces last morning was a relief in taxes payable. Piyush Goyal in the absence of our Finance Minister delivered the budget speech and put forth an idea of zero tax up to an earning of ₹5 lakhs. Up to financial year 2018-19, all individuals who are not older than 60 years had to shell out a tax of ₹12,500 for an income between ₹2,50,000 and ₹ 5 lakhs.

Apart from this, salary earners will get a standard deduction of ₹50,000 from their salary income. Earlier this deduction was ₹40,000. If you have a bank or post office deposit, the bank/post office would deduct a tax from your interest income if you were earning an interest exceeding ₹10,000 annually. But as per the interim budget taxes will not be deducted on such income if it does not cross ₹40,000.

There’s also a benefit for house owners. Earlier if you owned two houses, you would have to pay tax on rental income for the second house. Although there was no rental income, an estimate of how much rent the house could normally fetch would be required. And you would have to show that unearned or notional income as a part of your tax return and further pay tax on it. But for the financial year beginning from 1st April, 2019 tax on notional house rent income will not accrue. 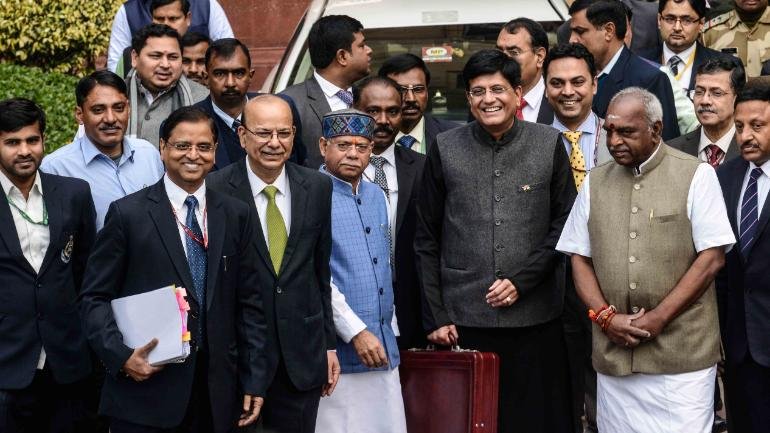 One major tax reform for business owners is tax deduction from rent. Earlier if a business organisation paid a rent exceeding ₹1,80,000 annually to anyone, a tax had to be deducted from this rent. Now, the budget has proposed to increase this threshold to ₹2,40,000. So also, if you as an individual earn rental income, this will benefit you as well.

Further, there is a scheme to approve business loans up to ₹1 crore in 59 minutes. There are GST oriented benefits as well. Small and medium businesses who have incomes less than ₹5 crores will be eligible to file GST returns only once every quarter. If micro, small and medium enterprises register themselves under GST, they can pay a 2% lower interest for every incremental loan of ₹1 crore.

The minimum support price for crops is fixed at 1.5 times the crop cost. Small farmers will be given an annual income of ₹6,000. Also, there’s a credit card scheme for farmers which allows interest rebate of 2% for those working in animal husbandry and fisheries sectors. If loans are repaid promptly this rebate goes up to 3%. This also applies to farmers affected by natural calamities under National Disaster Relief Fund.

There is also an increase in farmer crop loans up to ₹11.68 crores.

Under the banking sector there’s a framework called Prompt Corrective Action which monitors lending. 8 public sector banks will be a part of this framework. Additionally, to recover NPAs at a quicker rate the Insolvency and Bankruptcy Code has instituted a resolution friendly process.

For pension plans, the government’s contribution to the National Pension Scheme has increased from 10% to 14%. There is also a mega pension scheme which will earn you a pension of ₹3,000 per month post 60 years of age, if you contribute just ₹55 to ₹100 a month now.

We’ve all heard that you must never judge a book by it’s cover. But this budget has convinced the aam aadmi that it is good. It definitely must be. I’d be happy if I have to pay less taxes and save more money. But this will have a reverse impact on the economy.

Firstly, the middle class earners will save more because of the proposed tax rebate. Saving more will imply an increased purchasing power. When that increases, naturally the circulation of money in the economy rises and causes a hike in inflation. Following that, prices of goods will go up and we’ll be in a no gain situation.

Secondly, with a lot of rebates the government loses out on tax revenue which is its major source of receipts. The fiscal deficit target stands at 3.4% of the GDP for the F. Y. 2019-20 as quoted by Piyush Goyal in his speech. The government aims to bring it down to 3% by 2022. Fiscal deficit is basically how much more the government has spent than received. So if it loses out on tax revenues, a basic question arises as to how these targets will be achieved.

Their projections quote increased tax return filers post demonetisation, increased indirect tax revenue because of GST implementation and also a proposed request to use money from the Consolidated Fund of India. But will that be able to plug in the drained sources? We’ll know in the years to come.

And if another government takes over after summer, then they’ll have a tough time fixing things. Or else the interim budget may have to undergo drastic changes to become final. No matter which government comes in, it will be a win-win situation for the Modi government. Because if they continue with another term, future fixes will be solely their headache. If not, then a list of criticisms will already be ready.

Criticising the budget announcement, the opposition headed by Rahul Gandhi has clearly thrown fireballs at the proposed reforms. Gandhi says that a country which incurs crores of expenses cannot insult farmers by paying them just ₹17 a day. That has to be the weakest election point for the BJP. 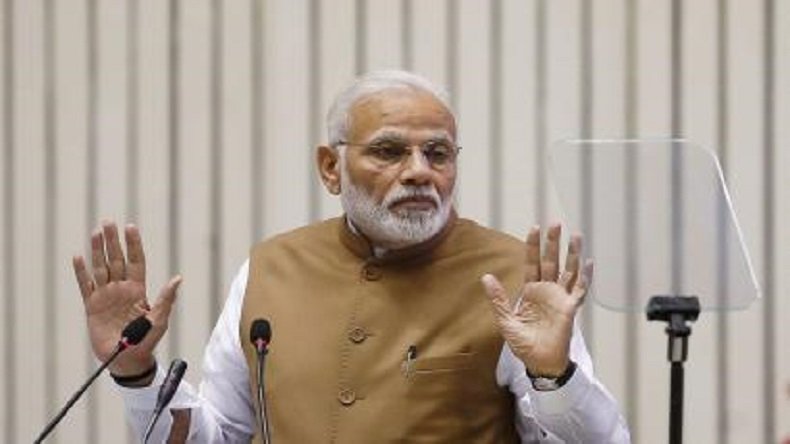 With its final budget before the big vote, Narendra Modi has showed that he is quite confident about winning a second time. There seems to be zero nervousness.

But again five years of Modi rule has given people a clear picture as to what good and bad has come out of it. One of the biggest blows is demonetisation, which ultimately resulted in pain and inconvenience. Also, crores of money invested in building monuments for tourism before eradicating poverty looks like a sad move.

Further, the government’s demand to stake a claim from the RBI reserves last year also created a lot of havoc. Cow vigilantes, the Rafale debate and every question that was answered with “What did the Congress do in the last 70 years?” has drawn a negative picture for the BJP.

To judge the government’s budget on the basis of an upcoming election will not be fair because politics is just that and every party does it every 5 years in their interim budget. They live on votes and we live juggling between who will give us acche din. The fact is that nobody will. We can only responsibly vote for a party that we think will cause minimal disaster.

So there’s no real point rejoicing over the budget because the real outcome will only be visible in the next 5 years. Maybe we should just momentarily celebrate the sugar coated budget and move on.