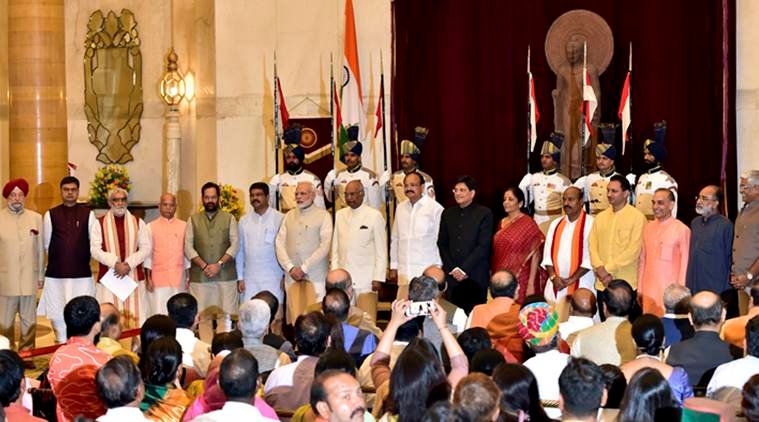 In what seems like an attempt to keep up with the vision of ‘good governance’, the Central Government on Sunday reshuffled the Prime Minister’s Council of Ministers. This is the third time that the cabinet has been reshuffled since the original Cabinet was formed in 2014. The reshuffling this time hinted towards an effort to expand the Cabinet and reward ministers for their good work. Thud, nine new members were inducted and four junior ministers were elevated to the cabinet rank.

While Pradhan has helped the Bharatiya Janata Party make some serious inroads in Odisha, he has also handled the oil ministry very well. His tenure has seen some big deals in oil industry, including the merger of state behemoths Oil and Natural Gas Corporation and Hindustan Petroleum Corporation Limited. The combined entity will be among the largest petroleum companies in the world. The daily revision of fuel rates is also a move that has been praised by experts as something that is likely to bring more transparency.

Piyush Goyal, a Chartered Accountant by qualification, is among the first superstars of the Modi government since he joined. Apart from being highly educated, his suave way of addressing and humble attitude has worked in his favour. Goyal is said to be very close to the Prime Minister. It is Goyal, who has helped Modi gain favourable points among the taxmen community of chartered accountants and money-men of that kind. 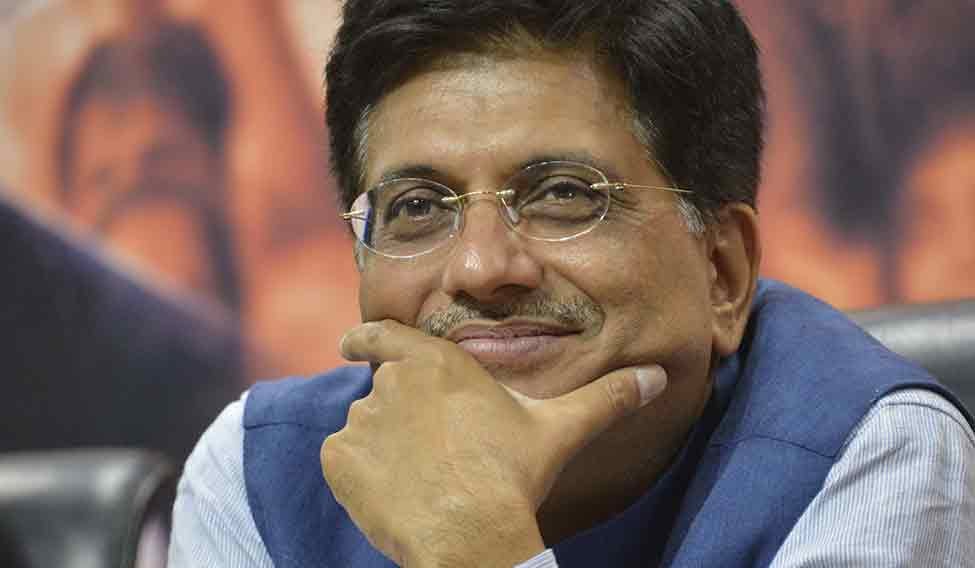 Nirmala Sitharaman on the other hand is among the few ministers who are known to have a no-nonsense approach to work. She is likely to get additional responsibilities as and when the states in South India go to election.

Mukhtar Abbas Naqvi is one of the saving graces of the government which has been riddled with one communal controversy after another. He is a prominent Muslim leader. This works to BJP’s advantage in situations where it is labelled anti-Muslim. After the elevation of Venkaiah Naidu as the Vice-President, the post of Parliamentary Affairs Minister was vacant. Thus, it was natural that after Naidu, Navqi got the promotion to become the union minister.

There were a couple of appointments that caught everyone’s attention – Nirmala Sitharaman and Alphons Kannanthanam. The so called progressive media have their doubts about a female defense minister. So far as Kannanthanam is concerned, his inclusion looks more like for the purpose of conquering BJP’s weakest link. Let’s look at their qualifications: 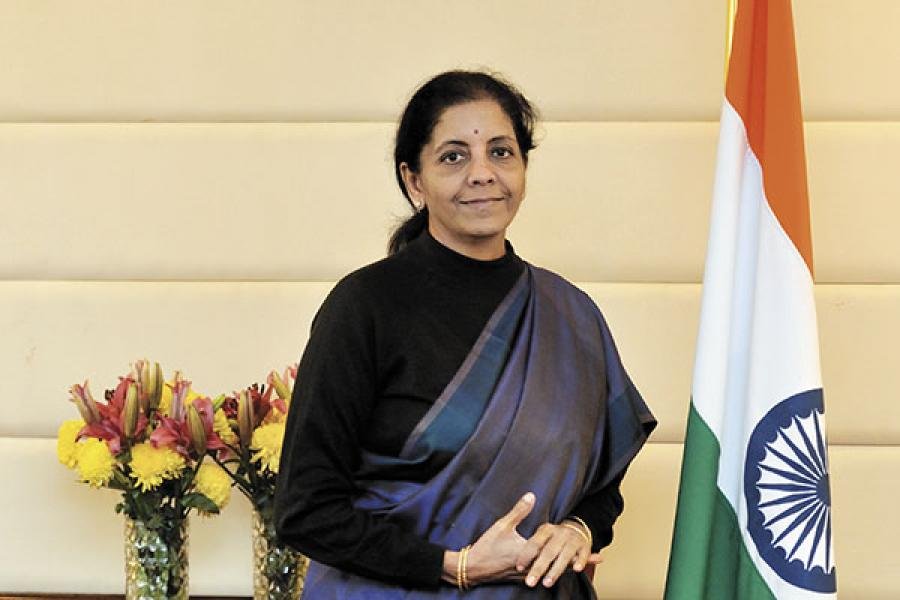 From the four ministers that have been elevated to the Cabinet, Nirmala Sitharaman is a major highlight. Appointed as the Defence Minsiter, Sitharaman is only the second woman in the history of India to have been awarded this portfolio. She is preceded by Indira Gandhi. The 58 year-old overtook the portfolio from Arun Jaitley. Jaitley had recently openly expressed his intent of preferring not to carry the added responsibility.

The highly-qualified Sitharaman has an MA degree in Economics from Jawaharlal Nehru University. She also has an M. Phil and a PhD in the Indo-European textile trade within the GATT framework. She joined the Bhratiya Janta Party in 2006 and was enlisted as one of the six party spokespersons in March 2010. In May 2016, she was sworn in as Minister of State (Independent Charge). She served as a Minister of State for Finance and Corporate Affairs under the Ministry of Finance headed by Arun Jaitley. Sitharaman also served as Minister of Commerce and Industry with independent charge.

Alphons Kannanthanam- A step to woo the masses of Kerala? 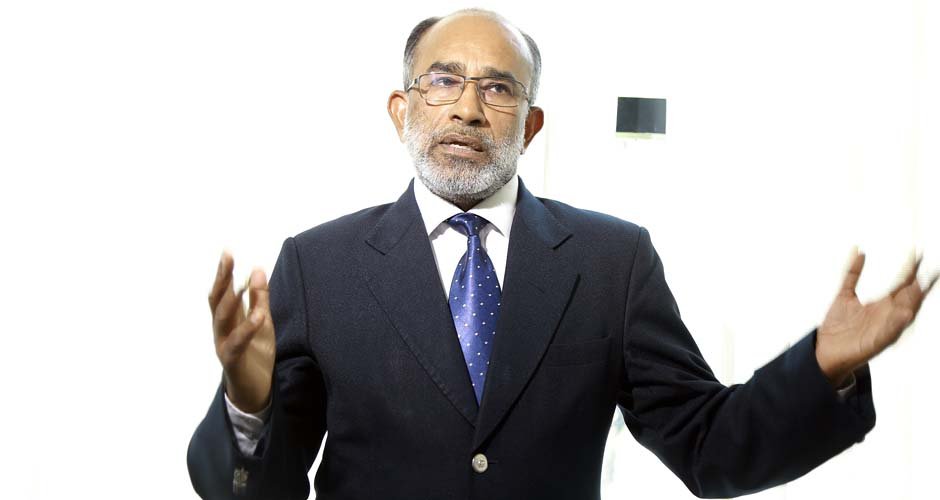 A distinguished IAS officer of the 1979 Kerala cadre, Kannanthanam is also a practicing advocate. He is famous as the ‘Demolition Man’ of Delhi. As the Commissioner of Delhi Development Authority, Kannanthanam cleared DDA areas of encroachment. He took the bold move of removing about 15,000 illegal buildings. As a result, this feat was recognized globally and he was listed in Time Magazine’s list of 100 Young Global Leaders in 1994.

In 2006, after resigning from the IAS, the 64 year-old became an LDF supported independent Member of the Legislative Assembly from Kanjirappally. Thus this led to his introduction to the world of politics. In 2011, he joined the Bharatiya Janta Party. He was appointed as a member of the committee constituted by the Government of India to prepare the final draft of National Education Policy in June 2017.

The New Faces in Union Government

Nine new faces have been included in the government today. While some such as Ashwini Kumar Chaubey  and Ananth Kumar Hegde are veteran politicians, the other seven are relatively unknown faces. A glance at the list reaffirms a hunch that some of these ministers are quite clearly political considerations. While others bring a sense of clean image at the top level. 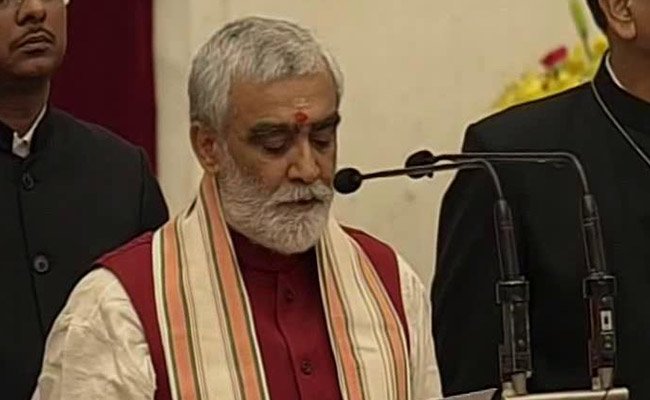 Ashwini Kumar Chaubey, a veteran MP from Bihar, is believed to be close to Narendra Modi. Chaubey is also known to be a very grounded person. He has the requisite mass leadership skills. Chaubey is on good terms with incumbent Chief Minister Nitish Kumar. The two have worked together in the government in the past.

Though Virendra Kumar, from Madhya Pradesh is a six-term MP, his elevation to the MoS rank could spell more work for him in the future. Madhya Pradesh is going to election next year and Kumar should play a prominent role.

Others such as Raj Kumar Singh, Hardeep Singh Puri, Gajendra Singh Shekhawat, Satya Pal Singh and Alphons Kannanthanam are mostly people who have had successful careers as administrators. While Kannanthanam has been a successful administrator for the Delhi Development Authority, Hardeep Singh Puri is a decorated Indian Foreign Services officer, and an additional Sikh face in the government.

Ananth Kumar Hedge, on the other hand, is BJP’s strong man from Karnataka. Hedge will be crucial to BJP’s chances in the state in the elections due next year. A win in Karnataka could boost BJP’s image and its winning ability in southern part of the country.

After the reshuffle, this is how the Council of Ministers stands as of today: