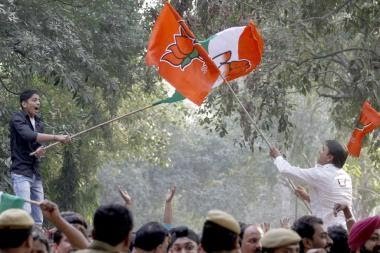 Can Congress Dethrone A 15 Year Old BJP Reign In Chhattisgarh?

The election bee has stung the nation. India prepares herself to step in to another battleground. Yet again we have veteran political parties trying to retain their grip on their constituencies. And in order to make their struggles  tougher, new sapling parties have or are germinating in various states. Chhattisgarh is one among five other Indian states that is running the assembly election race. While the first phase has already concluded on November 12th, the second one will commence on November 20th.

The Congress and Chhattisgarh’s ruling party – BJP, have served their manifestos as old wine in a new bottle. While the former promised minimum support prices for crops to farmers, the latter has vowed to erase naxalism in the years to come if they remain in power. The Janata Congress Chhattisgarh on the other hand took its manifesto to a whole new level by inking it on stamp paper!

The party has tied up with the BSP and CPI to jointly fight for 90 assembly seats in the ratio of 55:33:2. It assures stipend to unemployed youth, a majority reservation for youth in government jobs, loan waivers to farmers, grains to ration card holders and facilities for girl children among other commonly laid promises.

As for Ajit Jogi’s newly carved out party, it is unclear whether the alliance will gain momentum though it appears convincing. But the Congress seems to have introduced nothing new in its campaign strategy.

In 2013, the BJP had won 49 out of 90 assembly seats. Whereas the Congress could only manage winning 39. This indicates that it needs to be working harder to attain a majority mark of 46 this time. But with the BJP setting targets as high as 65 seats, although unreal; Rahul Gandhi’s farmer targeted politics appears paltry. 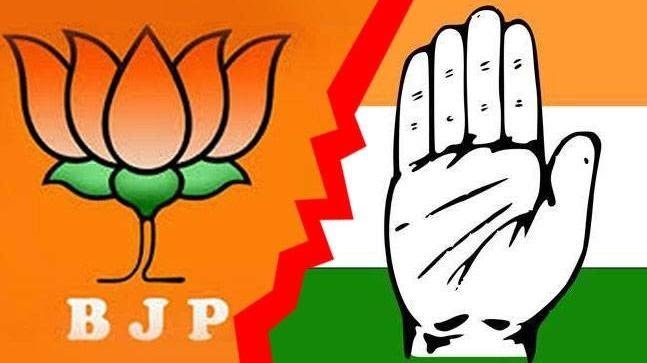 Ajit Jogi had become Chhattisgarh’s first CM when it was carved out of Madhya Pradesh in 2000. The state went in to polls in 2003 and voted the BJP into power. Jogi, then a part of the Congress lost to Raman Singh who will soon complete his third term as CM.

In 2016, the Congress inculpated Jogi of anti party activities. A 2014 tape containing conversations between him, his son Amit Jogi and CM Raman Singh’s son-in-law Puneet Gupta emerged. The trio, along with two others were allegedly inveigling Congress’ Antagarh bypoll candidate to withdraw at the eleventh hour in order to facilitate BJP’s win. These contentions were obviously denied by everyone accused. But eventually the ex-CM and his son were expelled from the INC for 6 years.

However, it didn’t take him 6 years to get back on the political track. In a span of 6 months post expulsion, Jogi announced the creation of a new political party – the Janata Congress Chhattisgarh. Hence Congress now has a rival who knows its strategies. Working with and against someone isn’t hard if you know what their targets are. And that is exactly why Ajit Jogi seems to be a fair opponent to his former party. Not to forget, the drawback is his tarnished image which is for him to fix.

BJP – Not Easy To Tackle

Chhattisgarh’s election trend shows how demography based politics has helped the BJP win and remain in power. While it has taken care of that this time too, it has also concentrated on various sectors in its mainfesto. A glance through it asserts rice to be given at the lowest price (as against other parties) per kilo, free electricity, Rs. 2 lakhs to women starting a business, pension to farmers, free mobile phones, pilgrimage expenses and health cover.

On the other hand, its arch-rival has only made sure that they target unhappy farmers in the state. Rahul Gandhi, in his campaign speech stressed that it would not take 10 months or 10 years, but just 10 days to waive farmers’ loans. This definitely sounds less persuasive than Home Minister Rajnath Singh saying that if the BJP stays, Chhattisgarh’s last 10 to 11 naxal affected districts will be free from it in the next 3 to 5 years.

Can The Congress Finally Make It?

Though a plain and simple ‘yes’ or ‘no’ is uncertain, the opinion polls and voters’ psychology does not still show a Congress magnetism. Additionally, previous assembly polls since 2003 have shown only an increase of 1 assembly seat every five years for the party.

Of course, no matter which party comes to power, political gains rather than development is what every election sees. Voters who want a change and certainly dejected farmers will divert the Congress way. But will this result in a perfect majority of 46 seats? Only December 11th, the counting day will tell.