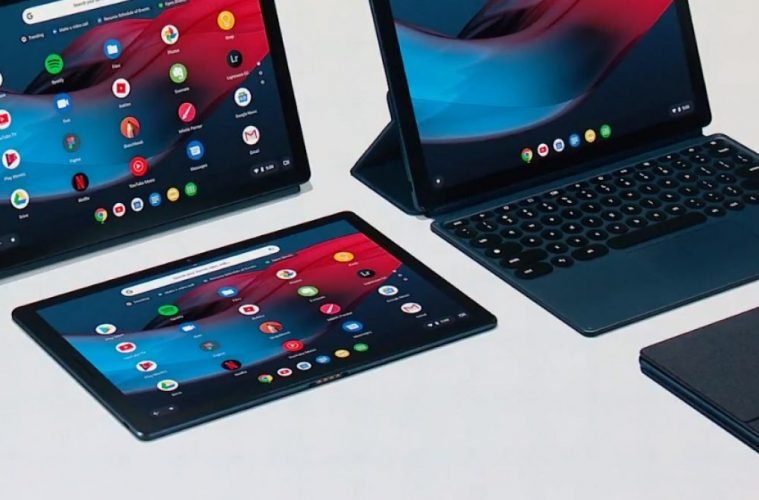 Google is getting back into tablets, albeit this time with an operating system that has matured over time, Chrome OS. It has announced the Google Pixel Slate, which is not the first Chrome OS tablet, but it will be the first to take on the iPad Pro and the Surface Pro legitimately.

The industry is in a flux and that is a good thing. We are going through a period of experimentation with big-screened devices. We are seeing everything, laptops becoming tablets, tablets becoming laptops and companies trying to make products that lie in between. Therefore, many products do not fall into a specified, pre-determined category. We will see many products of the
pixel slate-type in future.

The Chrome OS push by Google shows that it is getting serious about taking on both Windows and the iPad. It wants Chrome OS to be more than what educators and enthusiasts use.

The Pixel Slate measures in at 12.3 inches with a resolution of 2000X3000. It is bright and crisp and has excellent viewing angles. Google is using a “Molecular Display”, which is an LCD panel but has some advantages over the traditional TFT LCD panel, mainly in terms of battery life. Google claims a battery life of 10 hours between charges.

The hardware of the slate almost feels like a pixel. The Gorilla Glass 5 on the front curves ever so slightly at the edges to blend into the body like the Pixel 2 XL. The Slate is equipped with two front-facing stereo speakers, which are loud and sound good. The Pixel Slate weighs the same as the 12.9-inch iPad Pro but is nowhere near as wide or tall as the iPad. It is easier to hold and use.

There are two 8-megapixel cameras, with Google claiming that the front-facing camera is optimised for Low Light as well as video calling. The pixel slate comes with two USB-C ports capable of fast charging as well as 4K video output. There is also a custom keyboard connector and two microphones. The power button also has a fingerprint scanner for faster logins. What is missing though is an SD card slot and a 3.5mm headphone jack. An SD card is a rarity but the 3.5mm jack is a big omission.

It has been three years since Google itself released a tablet. The last one was the Pixel-C, which was derided for its software. Android was simply not good enough for tablets. It still isn’t. Luckily, Chrome OS has some advantages over Android when it comes to tablets. It supports a full, desktop-class version of Chrome for one. It has a better windowing system for your apps and like most Chromebooks, run Android apps.

The app shelf on the bottom is much bigger now. There is support for split screen and picture-in-picture mode for some apps. The keyboard has a dedicated Google Assistant button.

Major tech companies are trying to figure out what comes after a laptop. Apple is trying to build up the iPad up with multitasking features. Microsoft is trying to make Windows more lightweight and tablet-like. Google is jumping right into the middle with its own vision of what the computer should look like. It has realised that to have a top-tier device that is just an inspiration; it has to be a real thing that people want to buy. Google has made this tablet to show that it is ready to play at that level.