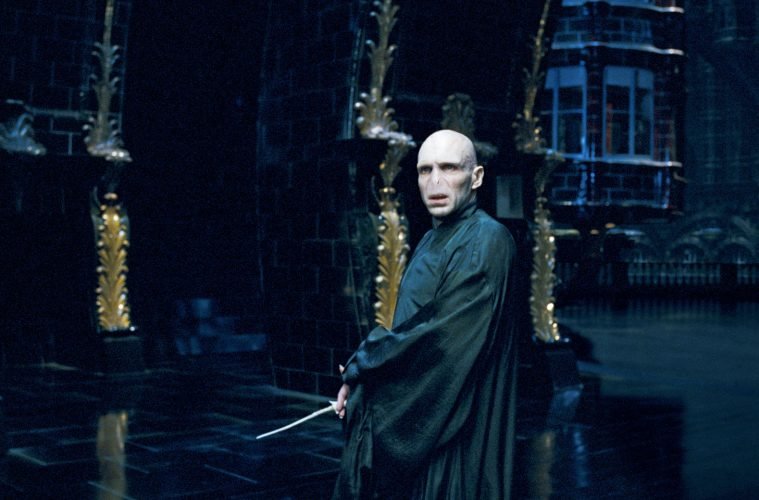 On 22nd Anniversary Of Harry Potter, We Reveal How J.K. Rowling Was Unfair To Lord Voldemort.

Yes, you read it right. And after reading this article, you will even agree with me.

Happiness can be found in the darkest of times, if one only remembers to turn on the light. From Severus Snape to Albus Dumbledore, if there is one thing that Harry Potter has taught us, it’s the fact that no one is completely devoid of a goodness of heart. Then why did JK Rowling portray the Dark Lord to be a bad guy? If you think about it, he did have a good side. In fact, he was a better man than most of the characters. Though it’s debatable if he actually had a heart because of his weird resurrection and all. But you get the drift right? To prove that our beloved mass murderer Voldemort (yes, yes we took his name) is actually good, we compiled a list of all his good, humane characteristics.

1. He never let anyone suffer:

Voldy never tortured anyone unless it was absolutely necessary for his homicidal, genocidal mission to succeed. He just killed them. And he gave them a painless death. Also, he killed people without discrimination. Yes, equality and fair play was inherent in him since childhood. He didn’t care if you had a small role in the story or a more relevant character, if death was what you needed, he’d make sure you get there. In a lot of ways, he helped the characters fulfill their destiny. There was this slight problem related to racism with muggles and non pure-bloods, we agree. But then, who isn’t racist! To his defence, he also killed many pure bloods. Well, there you go. Avada Kedavara gave a whole new meaning to the phrase, “you only live once.” Ask Drake, he agrees with it.

2. He was never after money:

One of the first things that any wizard would do after gaining immense power, would have been to rob Gringotts. Or maybe get a lifetime free supply of ice cream sundaes from Florence Fortescue’s ice cream parlour or like get enough money to turn back in time, get a nose transplant and go out with Hermoine But not our Dark Lord. No no, he is a gentleman, this one. He stole petty things, or ancient relics from pompous old ladies. Even though he was one of those over achievers in school that all teachers expected to become the  President or something, he chose to follow his, err, passion, working for Borgin & Burkes. He was never behind gold, he was just behind yo-yos.

This is an easy one. He did not do so many annoying things, like blowing his nose during a movie. Or putting it in other people’s business. His nose – lessness even became the reason for so many laughs in this world. He spread so much happiness around, just by being noseless. Come on the guy is a gem and just a giver all the way! Didn’t make an effort in the slightest to get an artificial nose or a face make-over that’d make him look slightly more attractive. He was a soul above materialistic things was lord Voldy. 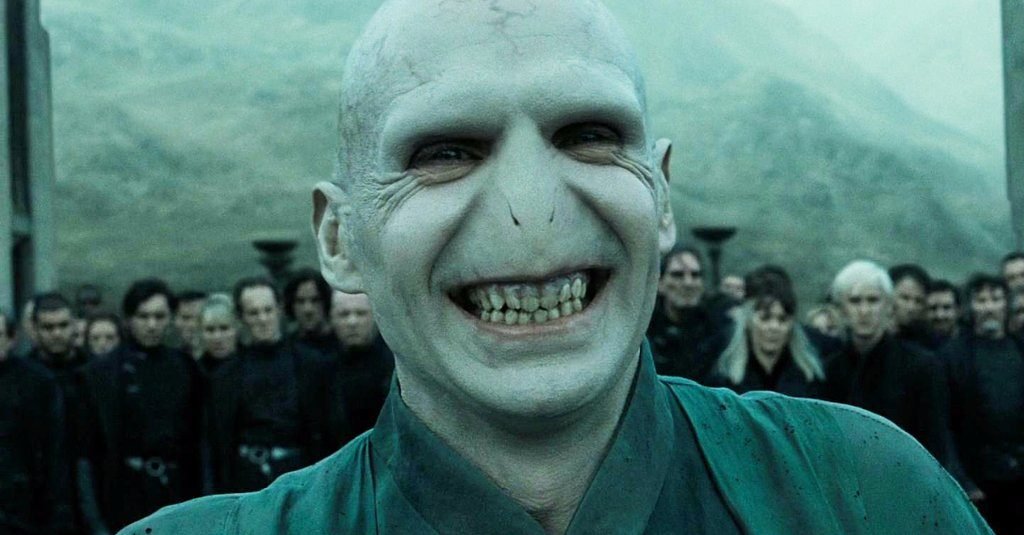 4. He never contributed to pollution or global warming:

Imagine not having a body for 13 years. No waste created, and hence no contribution to global warming. No carbon footprint without a foot, right! He really cared about the environment, you guys. Now, who else in the magical community can boast of such generosity?  He could be Donald Trump’s biggest advocate in his argument of global warming being a hoax! We could all take a leaf or two out of the book of his life.
But do not pick up his dark arts from the restricted section of course, we’ve heard they scream at you. 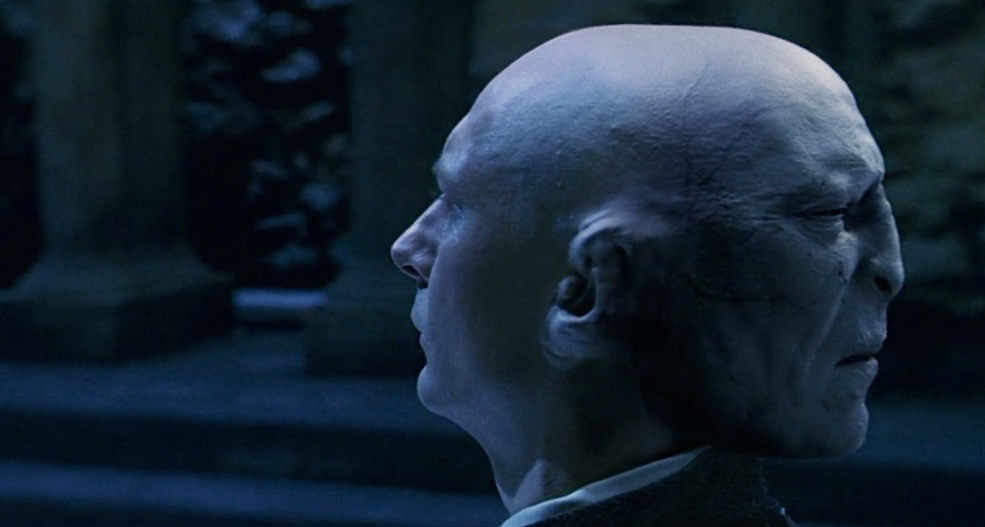 5. He was a big softy for child education:

Why else would he live inside another man’s head, if to not supervise Harry’s education? He sent one of his own death eaters disguised as an auror to Hogwarts, so as to make sure that Harry always excelled in Defence Against the Dark Arts. He adored that little boy! Those attempts to kill him were probably just, you know, playful pranks to keep him focused. Might even be accurate to say Lord Voldy had a kink or two in him to watch the child solve his puzzles and stay up with the game.

6. He Never betrayed his friends:

Voldy never betrayed his friends. Because he never made any. How many people would really think of others’ happiness and disappointments? Only He did. Every one was either dispensable and/or completely abhorred, or was Bellatrix and worshipped him. He was a man of extremes and proud of it.

If he said that he’d kill you, he would definitely, certainly kill you. There is something very endearing about a man with integrity. He might sometimes throw in your family and friends too, but you were so, definitely dead. If you were a suicidal existentialist, he would have been your saviour. All you needed to do was sneeze in front of him or something, and poof! no more burden of existing. To paraphrase Akshay Kumar, Jo main bolta hoon vo main karta hoon and Jo main nahi bolta, vo main definitely karta hoon” was a phrase he lived by.

Nobody can question his utmost devotion to his pet snake, cute li’l Nagini. So much was his love for snakes (basilisks in particular) that not only did he manage to feed his pet snake live humans, but himself was slowly morphing into one. Most of us only talk about how a piece of our heart lies within our pets; Voldemort went ahead and actually stored a piece of his soul in his pet. The dark mark was another example of his love for his snakes. It has to take true love to actually tattoo your pet on your arm and even get all your followers to do it too!

9. He was always patient:

One has to agree that it could not have been easy losing to a baby. One second, you’re the greatest wizard in the world, and the next you are nothing but a cloud of smoke. But did Voldy ever give up? No. He waited, biding his time, and kept trying. May it then be through a Horcrux in the second year, or at a graveyard in Harry’s fourth year, Voldemort never lost hope and constantly worked for his schemes of world domination. Full marks for perseverance. He’s like that creepy guy who has a crush on you and will keep messaging you on every social media platform to make a friendship with him.

Lord Voldemort never enslaved humans…He controlled them, yes but never enslaved. Nobody ever had to make tea for him after he gained his body back. Maybe he sometimes put people under the Imperius curse, but since they themselves were unaware of it, No harm no foul, right? Forget humans, he never even enslaved any house elves! Need an army? Use dead people instead of living ones. What use are dead bodies anyway?

Lord Voldemort to his companions, Voldy-voldykins to Aunt Petunia, and  He-who-must-not-be-named for all the others that knew him. Voldemort made a lot of hearts beat faster, be it men or women. He was an honest, caring, nature-loving homicidal maniac and we think that he deserves to be remembered as one. Let’s all raise our wands in his memory on this auspicious day of completion of 20 years ago the first Harry Potter book was released and we were introduced to a nose-less, bodyless little Voldemort, still attached to his mommy’s head. May Merlin be with his soul(s).