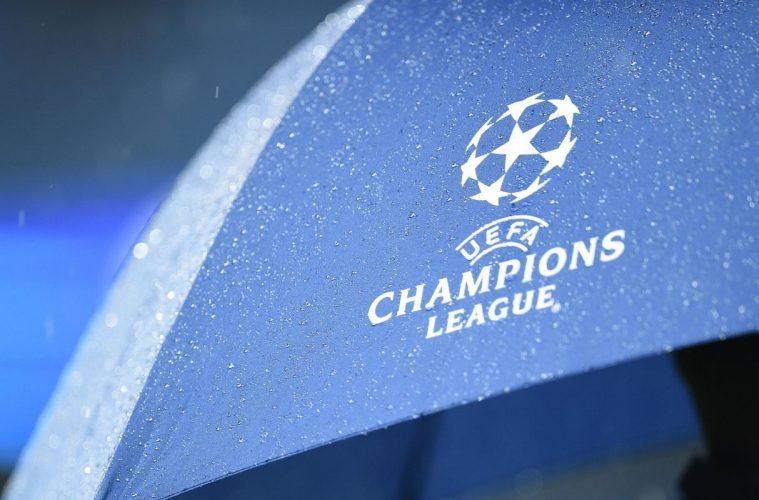 Champions League Final 16 Draw: Mark Your Calendars Because You Cannot Afford To Miss It

It has been just a day since the derby drama and here we are.
The Champions League Round of 16 draw is here and it cannot get better than this.

Seeing contenders going against each other in the last 16 is surely clash of powerhouses. It has already been a shocker to see clubs like Dortmund and Atletico Madrid not qualifying.

There were a total of 306 goals in Group stage. The draw is based on rule that a team will not play against a team from same group and country. The winners of group stages get to play away first.

So, mark your calendars, cancel your plans. We have it all simplified for you: 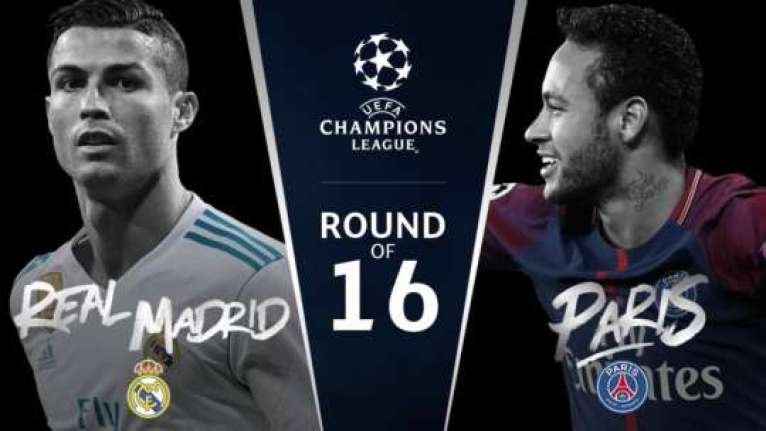 *audible gasps*
You better have no plans for Valentine’s day this year. Undoubtedly, this is going to be the most sought after match. Planet’s goal factory going against the title defenders.

Cristiano Ronaldo will always be the talking point but it was Nacho who helped Real Madrid beat PSG in the last time they met. Ronaldo has won 5 individual awards this year and has scored in all 6 group stage games. He has 114 goals to his name in the history of UCL.

However, we all know PSG has gone through some serious money aided makeover and they are better than ever. PSG have broken the record of most goals scored in the group stage by scoring 25 goals going past the previous figured of 21 goals by BVB. PSG were knocked out last season by Barcelona and Emery, Paris manager is confident that his side can compete with top Spanish sides.

H2H: 6 games. 2 won by each and 2 games resulting draw.
All we can say is, one Ballon d’Or nominee will be out of the champions league for sure. 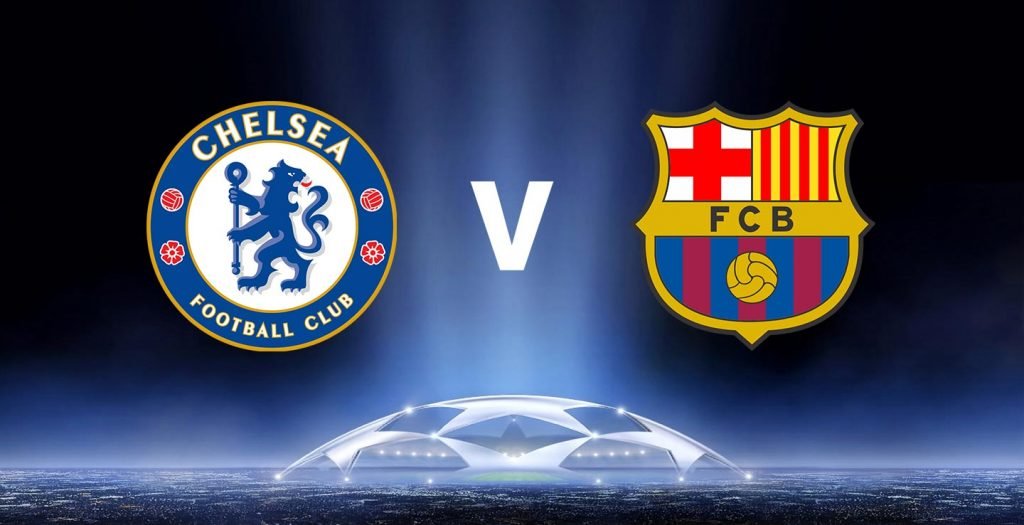 If you are a Barcelona fan, you might not be very fond of this fixture. Whereas Chelsea fans will never forget the 2011-12 semi finals where they were level at Camp Not and managed to get through on aggregate thanks to Torres’ brilliance. Which we all must agree was a rare sight at his stay at Chelsea.

Messi has never been able to get past Chelsea’s goal line in 8 previous matches and you know it is not something Messi is known to be associated with.

Coming back to present, Iniesta’s team has only conceded 1 goal in 6 group stage matches. With Barcelona on top of the La Liga this season, their hopes for a treble are in sight, yet again.

H2H: 4 wins for Chelsea and 3 wins to Barcelona. 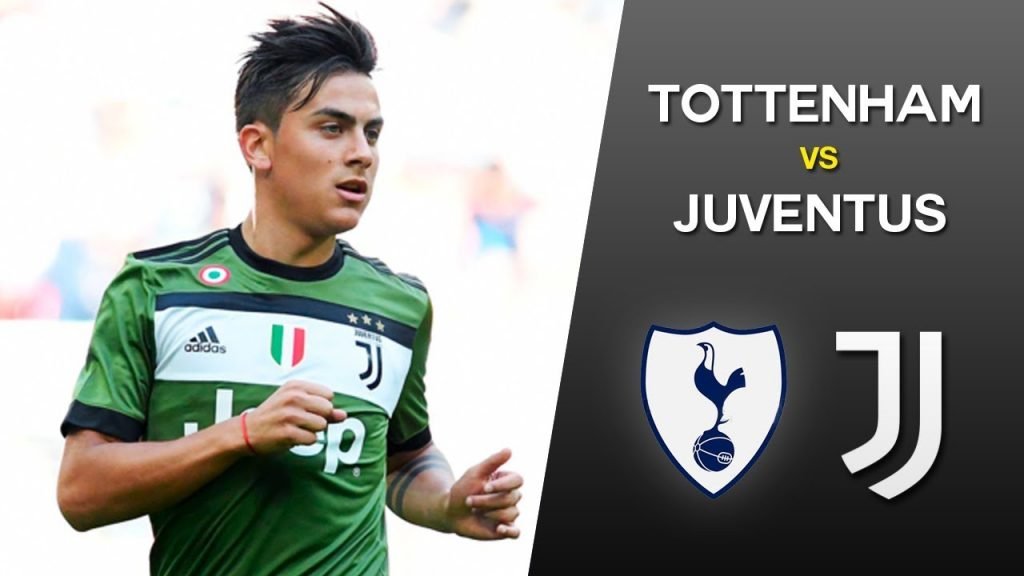 Believe it or not but Kane’s team has been in a red hot form in UCL 2017-18. They have been involved in knocking out Dortmund out of the group stage apart from defeating Real Madrid 3-1 in London.

With Lloris in goal and Kane along with Son upfront, they are surely no surprise for us in their tremendous performance.
On the other hand, Juventus defeated mighty Barcelona in UCL 2016-17 in the Quarter Finals only to give a tough fight to Real Madrid in the finals the same year.

Juventus has a strength upfront with Higuain, Dybala and Mandukich whose golazo against Real last season saw him get nominated for the Puskas Award 2017.

H2H: Have never met before in European competition.

4. Shakhtar Donetsk VS AS Roma 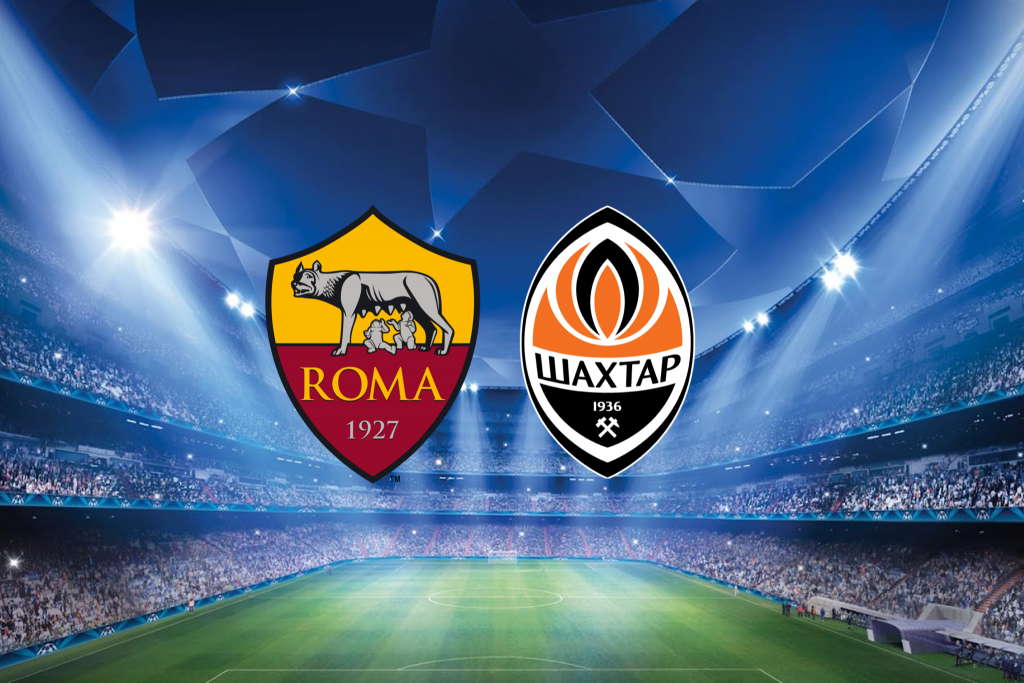 After the Zoro stunt by Shakhtar as promised on qualifying for the last 16, they have been given another tough task by fate. They have shown their class on numerous occasion and are the only team which have defeated Pep’s Manchester City this season. ( Yes you read it right)

Shakhtar would want to play a final in their own country but their journey hasn’t been easy and will definitely not be. They are going to face Totti blessed AS Roma who won their Group which consisted of teams like Chelsea and Atletico Madrid. 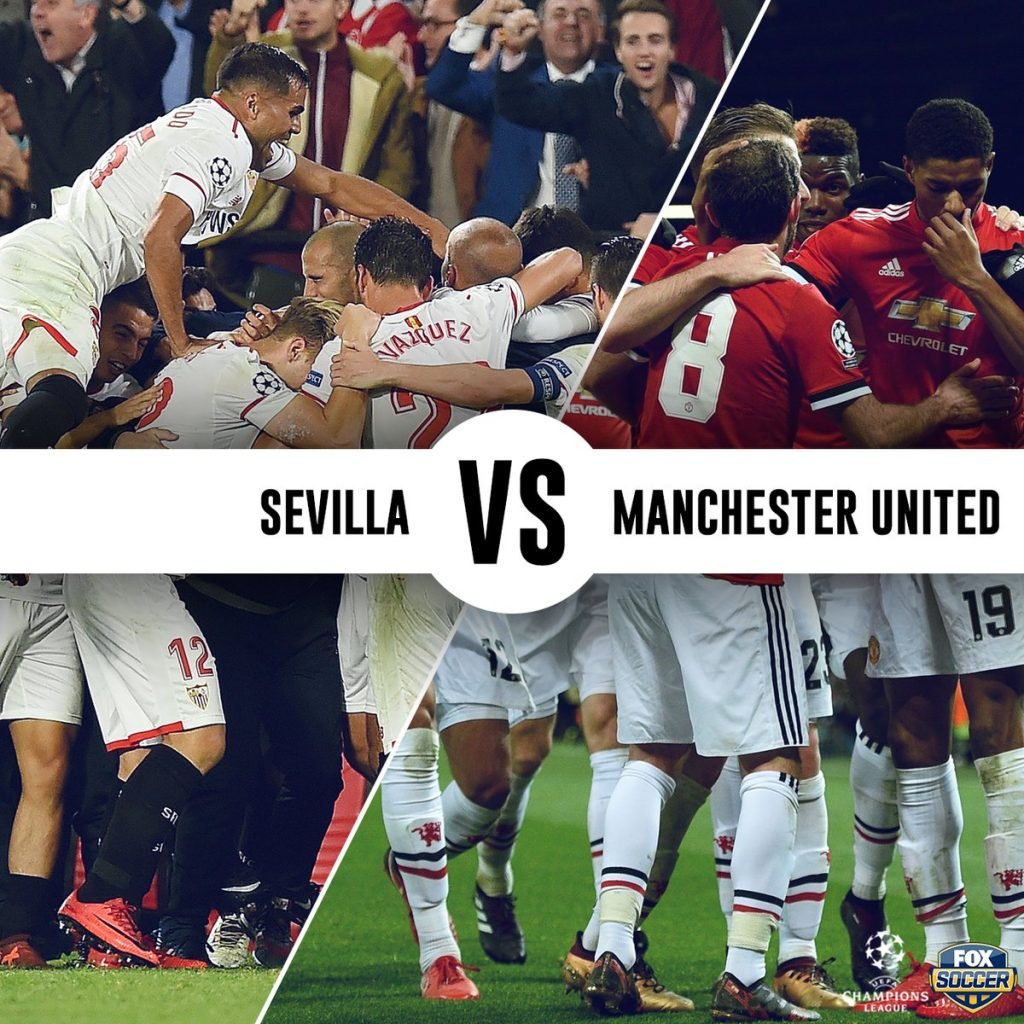 Sevilla has been known for its Europa League glory. They have won the UEFA Europa League 5 times including 2014,2015 and 2016. In 2017, we saw new winners in the form of Manchester United with player of the tournament bagged by Paul Pogba.

Sevilla are 3 points behind Real Madrid in La Liga. Sevilla players are highly motivated to do it for their boss who is suffering from prostate cancer and have already proved it by drawing the match after being 3 goals down against Liverpool.

Manchester United has a great squad on paper but their performance in the absence of Pogba have not been worthy. How ever their performance in UCL group stage has been appreciable with Romero getting the gloves and combination of Mata, Fellaini and Blind. With talks about new contract are surfacing with Fellaini, January transfer window will be the key to Mou’s side.

H2H : They have never played before. 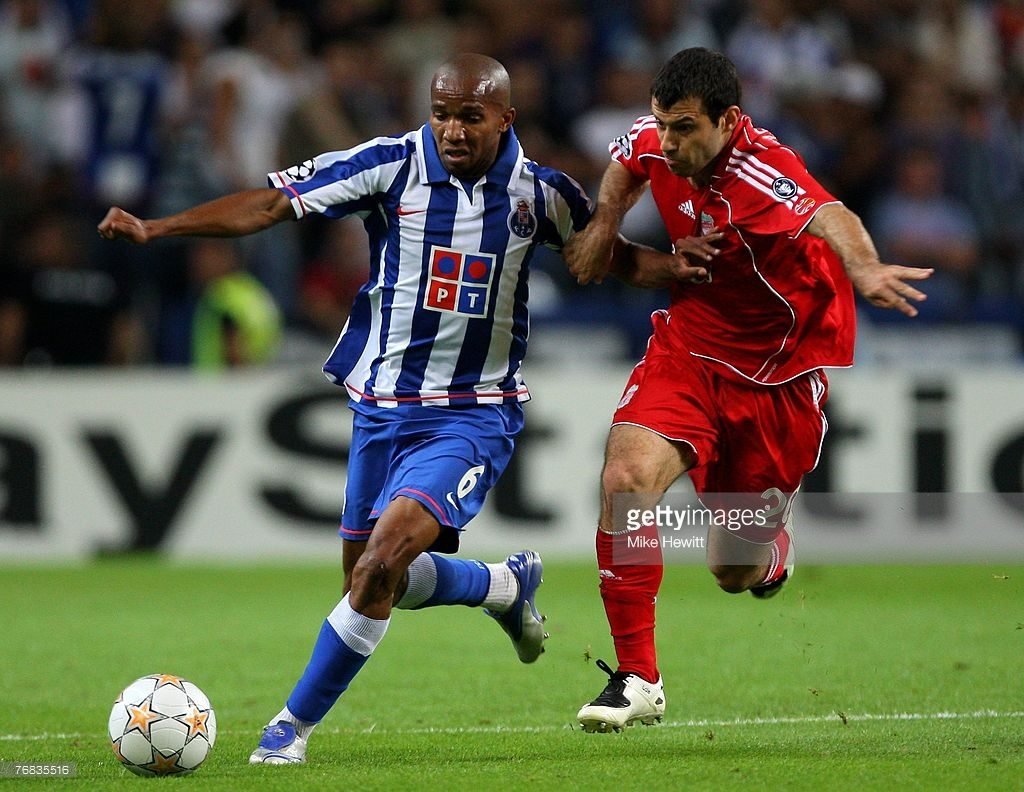 In case you decide to switch your channel and not watch PSG vs RM, this might be another tight match. Porto have finished the group stage on a hight note after defeating Monaco 5-2. Talking about Liverpool, their game has been amazing with Salah as top scorer(13) in Premier League. How ever Liverpool’s defence has been exposed many a times, their goal scoring ability is never in doubts. 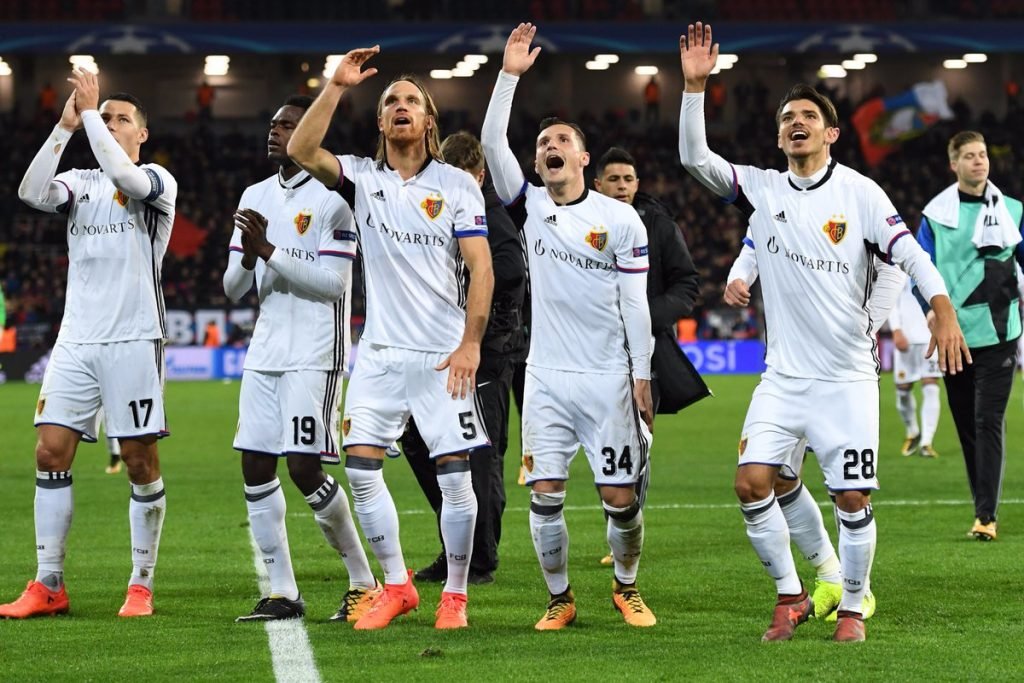 The team has been playing beautiful football and we all have been witnessing their game. With the most profitable signings of the year, they are 11 points adrift 2nd placed Manchester United and many already believe that Premier League 2017/18 is their’s. 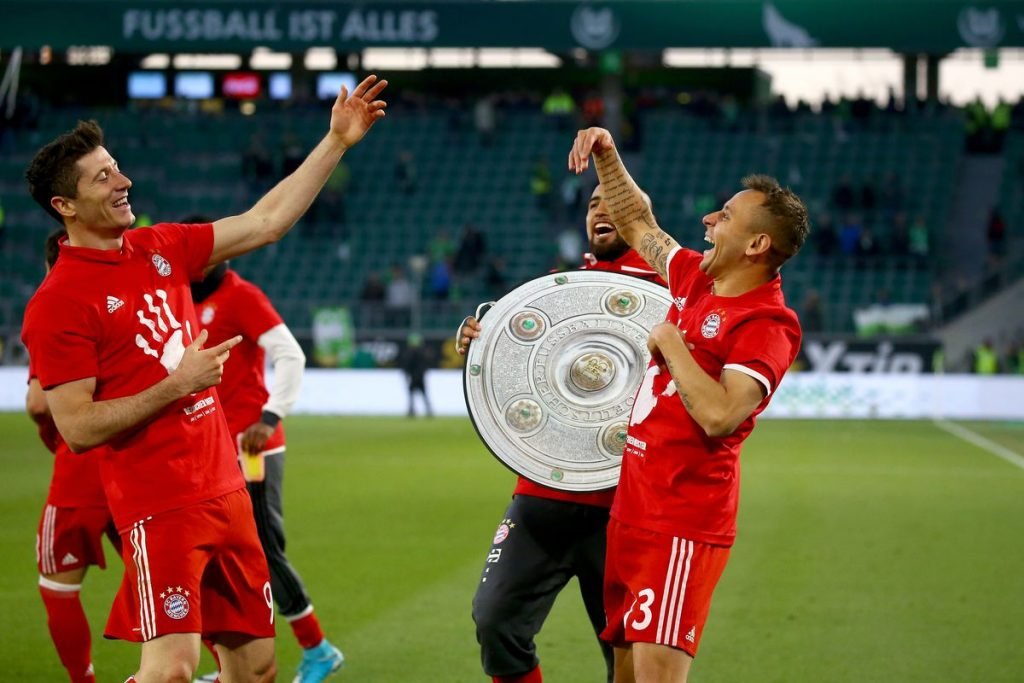 Besiktas are the only club from their country(Turkey) who have finished first in their group. Besiktas have transformed into a better team since the addition of Pepe, Negredo and Gary medel. They haven’t lost a single group stage match.
The mighty Bayern have been drawn against them and its a chance to achieve more glories.

Rooting for Besiktas is not something you would do against Bayern. German dominance has been disappearing since Bayern Munich last won the UCL in 2013. Last season, they were defeated by the Winners Real Madrid in Quarter Final with Madrid winning both the legs.
Bayern Munich would be very much keen to bring back their name in UCL winners list with BVB their arch rivals already out in group stages.